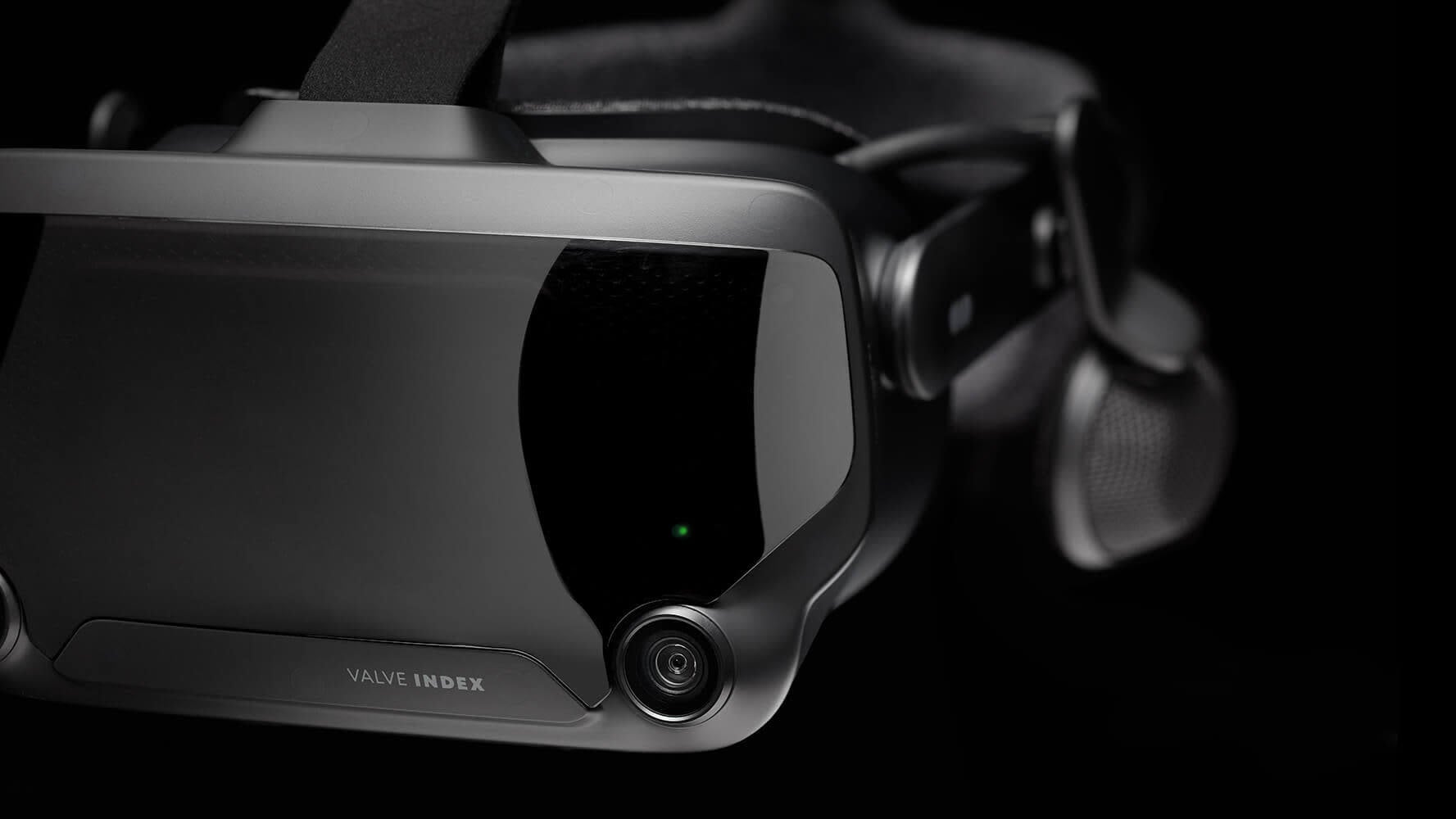 About a month ago, Valve teased that it was working on its own VR headset separate from the HTC’s Vive and Vive Pro, but still compatible with all the Steam VR games that are currently available. Now, Valve has finally released a ton of details about the Index, including some of its new and unusual abilities.

Starting with the headset itself, the Index looks poised to take on the HTC Vive Pro with specs such as dual LCD displays that deliver a 1440 x 1600 resolution to each eye, the same as what you get on a Vive Pro. But where Valve went the extra step is by supporting refresh rates up to 120Hz (30Hz higher than the Vive Pro), with support for an even higher 144Hz experimental mode. 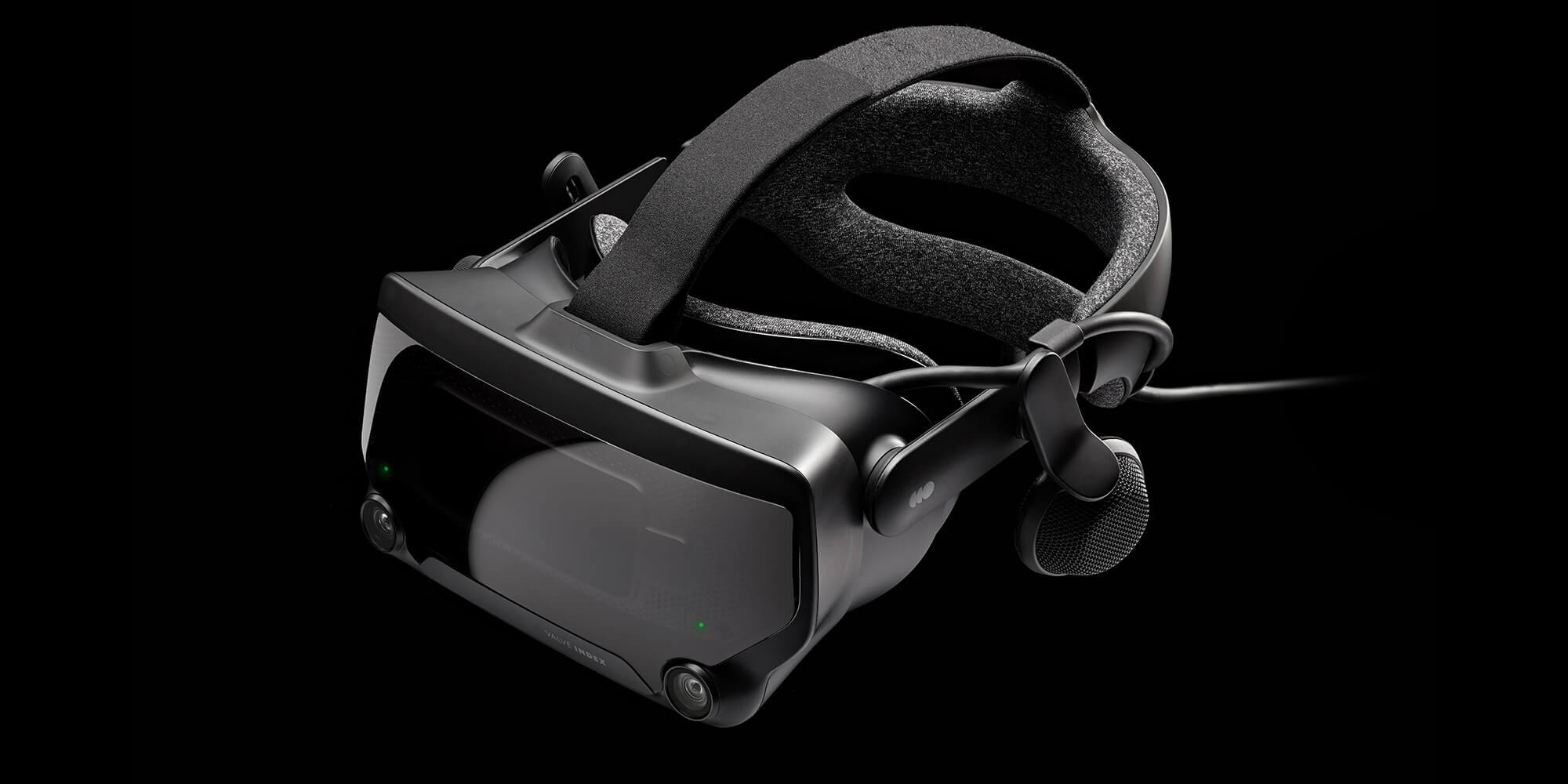 This increased refresh rate could be a big boon for people who normally feel nauseous when using VR, as any sort of visual lag or jitter is often one of the biggest causes of VR-induced motion sickness. The Index also switches up how it handles audio because instead of having built-in on-ear headphones, the Index comes with special off-ear “radiators” specifically designed to rest an inch or so away from your ears in order to deliver a more natural and immersive sound stage.

On the outside, the Index also comes with dual 960 x 960 outward facing cameras. But even with those cameras, the Index still requires a pair of base stations to support general motion tracking and room-scale VR. And since the Index doesn’t have an optional wireless adaptor like the one HTC offers, you’ll also need to tether the headset to a nearby PC using the Index’s included 5-meter breakaway cord. 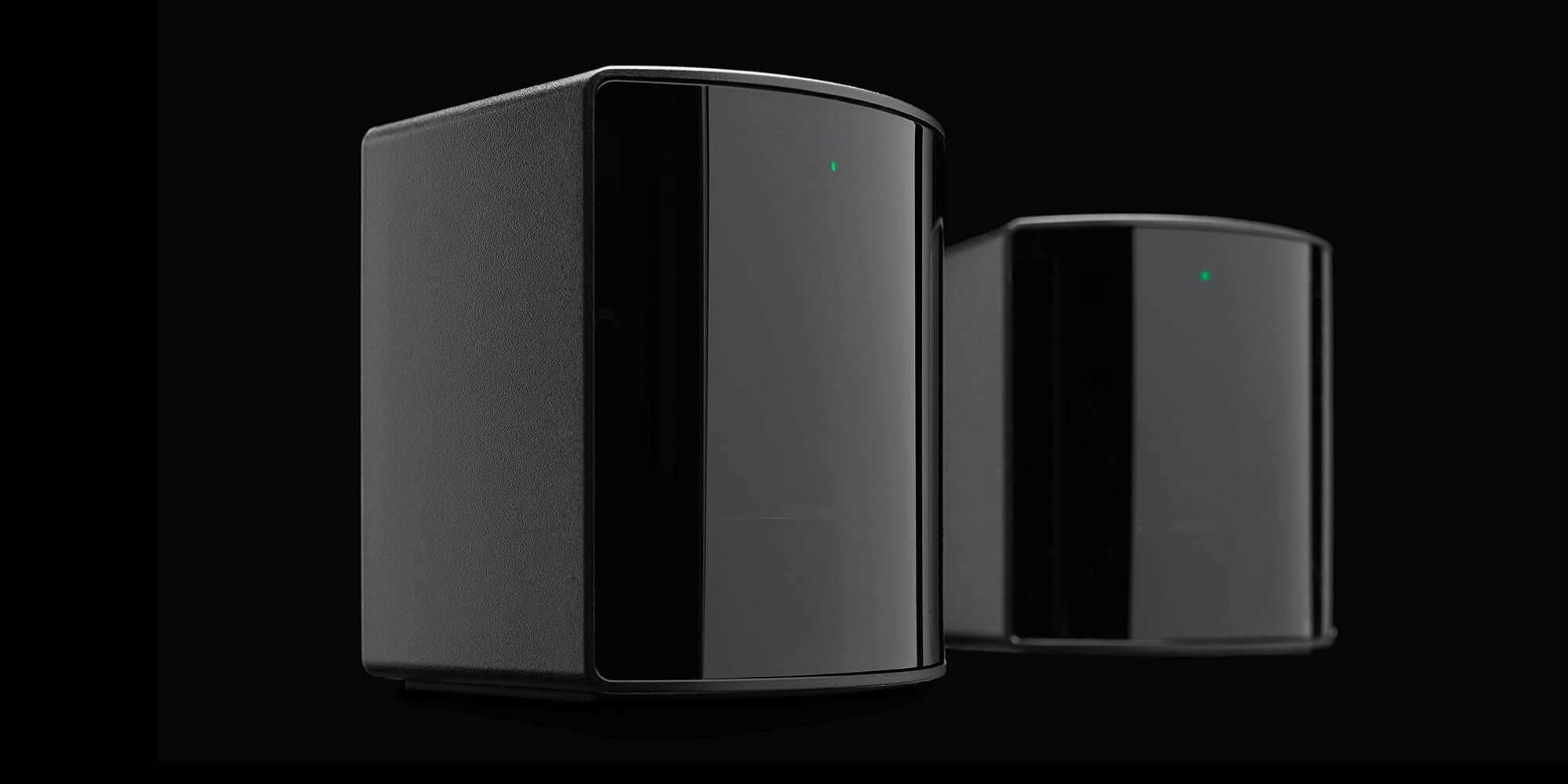 As for the Index’s Base Stations, it’s a little curious to see Valve require them at all, as the recent trend among VR headsets is to use outward facing cameras to track the movement of your hands and body while also delivering a simpler and more streamlined setup. So to counter that, Valve claims that its Base Station 2.0 offers more accurate tracking and a wider FOV that covers a 400 per cent larger area with just two base stations when compared to Vive’s original base stations.

Additionally, if that’s still not enough, Valve says it’s possible to incorporate up to four total Base Stations in a single VR setup in order to cover a full 10-square meter area. 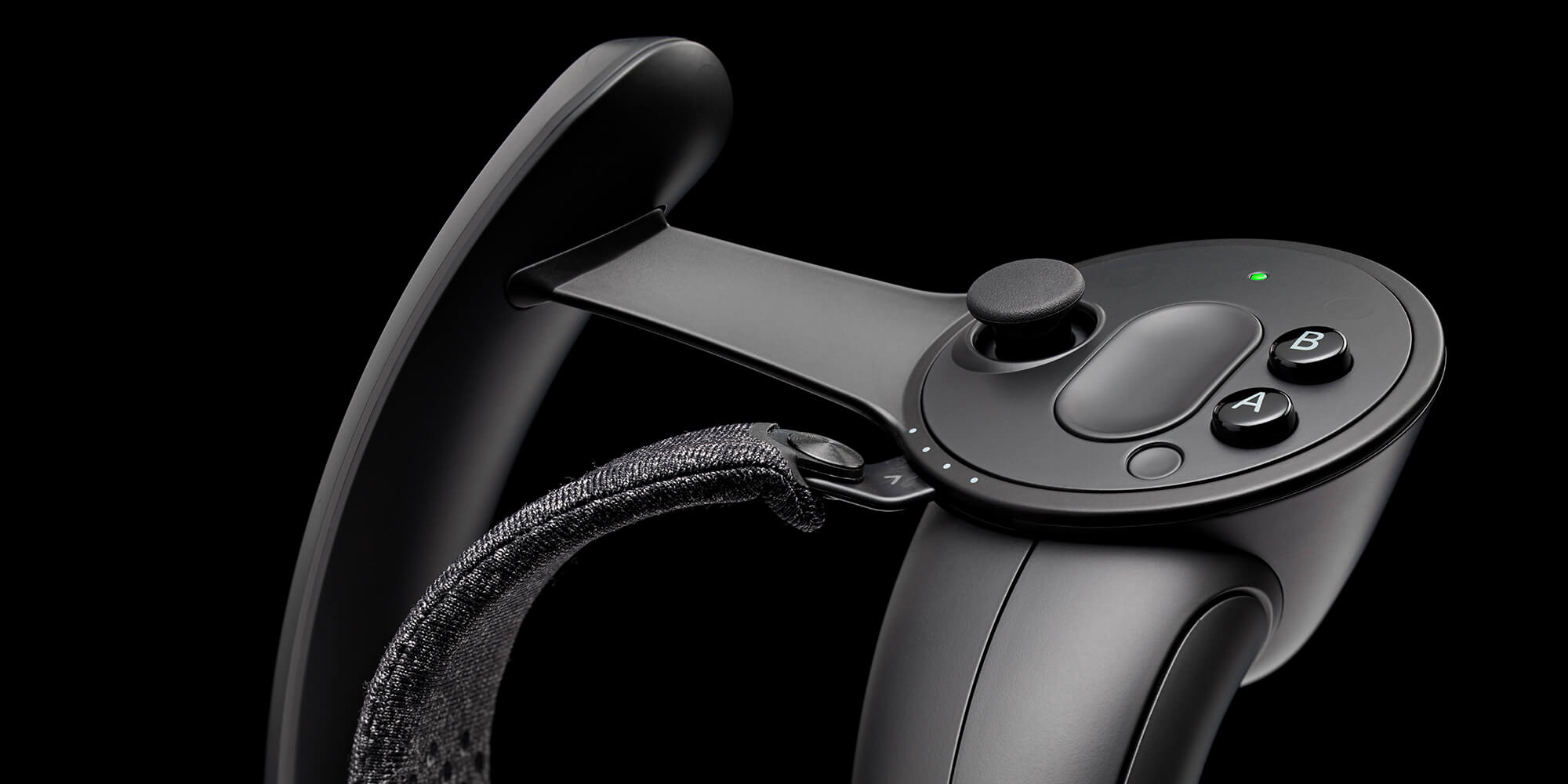 Aside from all of the controller’s touch sensors, it also features a new multi-purpose track button on top. (Photo: Valve)

But perhaps the Index’s biggest innovation comes in its new controllers which feature a redesigned button layout and tracking system, along with an astounding 87 sensors built into each controller. So what is Valve doing with all those sensors? Tracking the individual movements of your hand and fingers in order to really bring a lifelike tactile experience into VR.

Each controller has sensors that can tell how hard you squeeze each controller, while other sensors tracking your fingers so you can do things like pick up items or throw things in a much more realistic and intuitive manner. The controllers even come with a fabric strap, so you can open up your hands without dropping the controllers.

Initially, the Index’s controller will be compatible with all existing Steam VR games, but Valve says it’s also working with developers to take advantage of the controller’s extra features including its grip detection and the new multi-function track button. 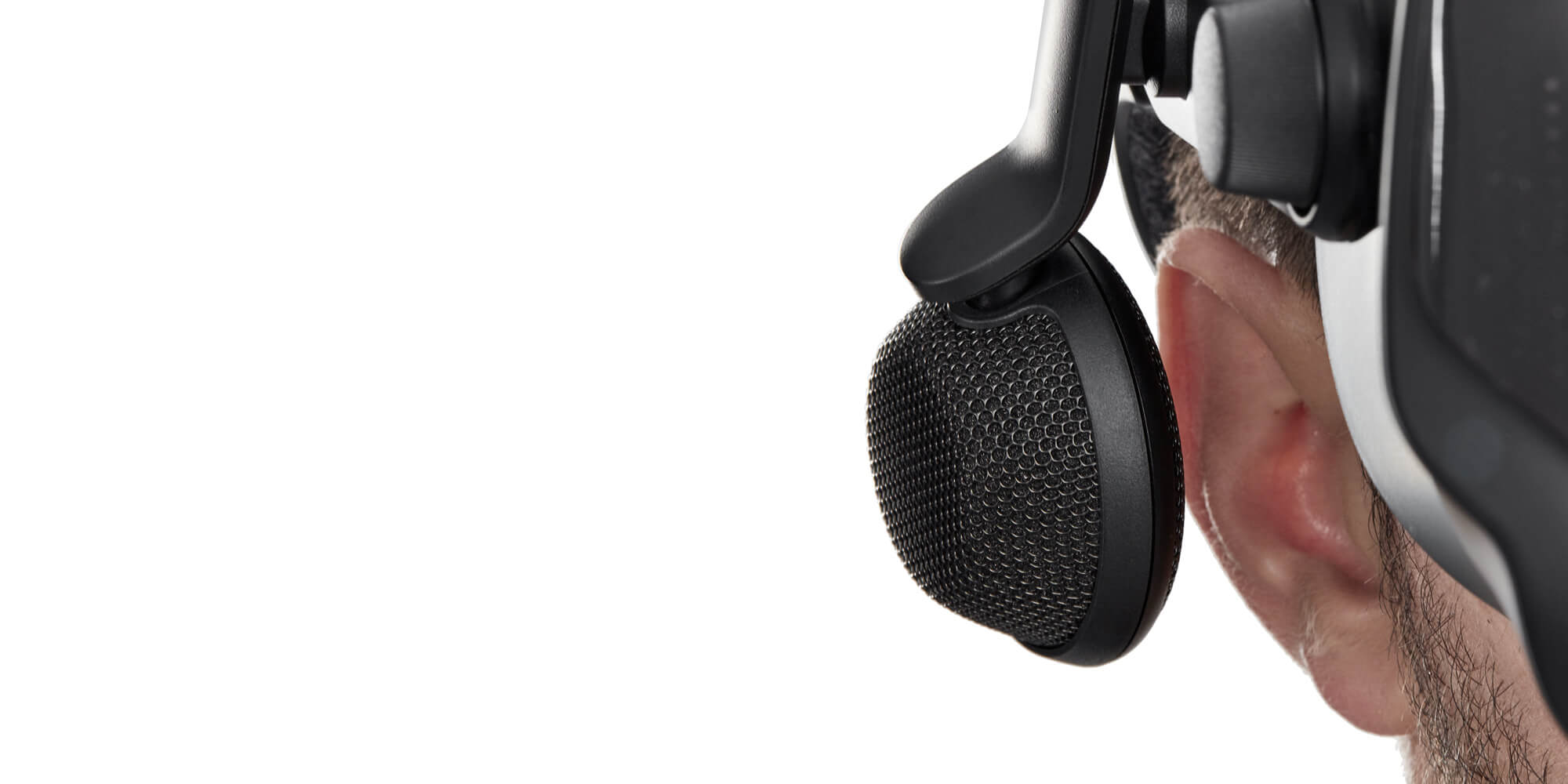 The Index’s built-in speakers are design to sit slightly away from your ears to deliver a more natural listening experience. (Photo: Valve)

While it’s hard to say much more without testing Valve’s new headset for real, the Index looks like it’s taking a big step towards making VR much more of a full-body experience. Unfortunately, like almost all desktop-based VR setups these days, the Index isn’t cheap. While the headset can be purchased alone for $710 and used with previous Vive equipment, the whole kit including its two base stations and a pair of controllers (which seems like an essential accessory) goes for $1420.

Pre-orders for the Index go live May 1, with shipments expected to arrive in the U.S by June 28. Unfortunately Steam does not currently ship directly to Australia, so you will have to purchase it through a third party store – like EB Games or JB HI FI.