The New Tamagotchi Can Marry And Breed

Twenty-two years after its initial release, and several years after countless revivals and re-releases, Tamagotchis have returned yet again with some interesting features like smartphone connectivity and the ability for your virtual pets to marry someone else’s and have kids. Tamagotchi? More like Tamagotchu for 18 years.

If you’re somehow unfamiliar with the toy, the Tamagotchi is like the modern version of the pet rock, but with most of the responsibilities and care that a real-life animal would require. That includes feeding your virtual pet, caring for it, playing with it, cleaning it, and generally interacting with it on a regular basis to keep it alive, happy, and growing. The latest iteration, Tamagotchi On, expands what you can do with the digital creature, but as an adult with a lot on his plate already, am I the only one who’s starting to feel these are more overwhelming than fun? 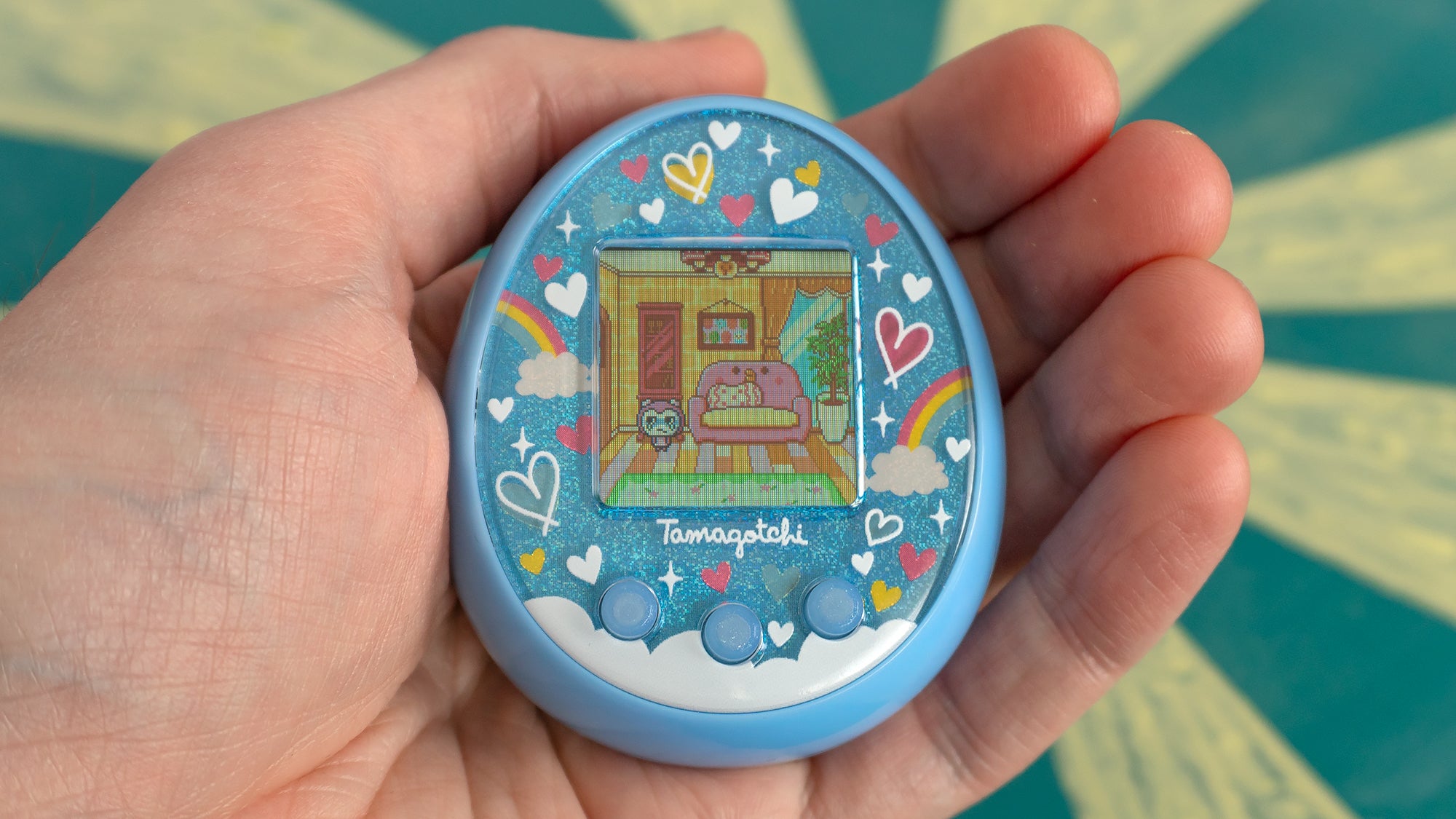 The most obvious change with Tamagotchi On is that it’s grown significantly and is going to demand a large chunk of your pocket. 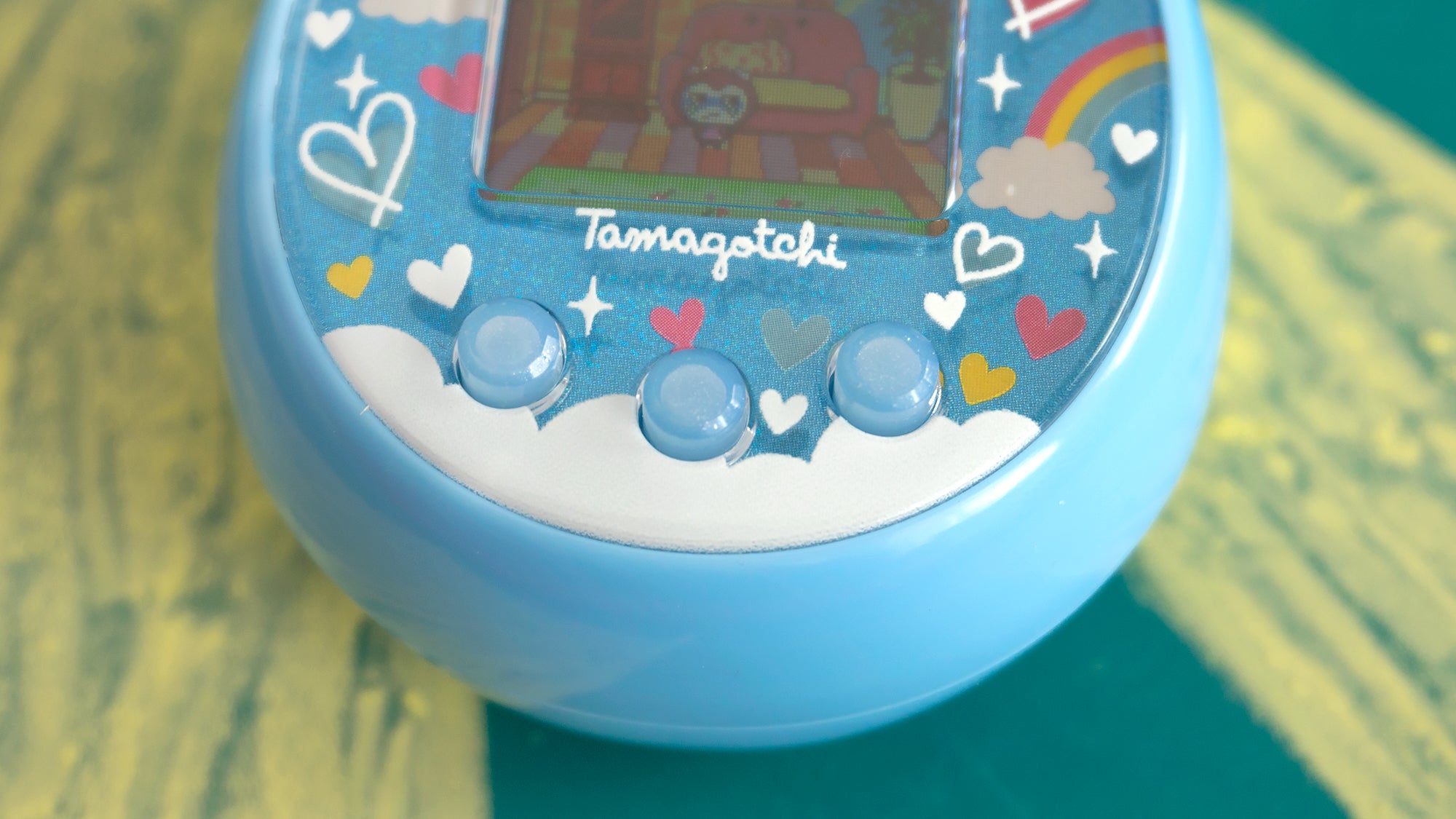 As with almost all the previous iterations of Tamagotchi, interacting with your virtual pet and navigating the menus is all done with three simple buttons, but with all the new features it might be time for an upgrade. 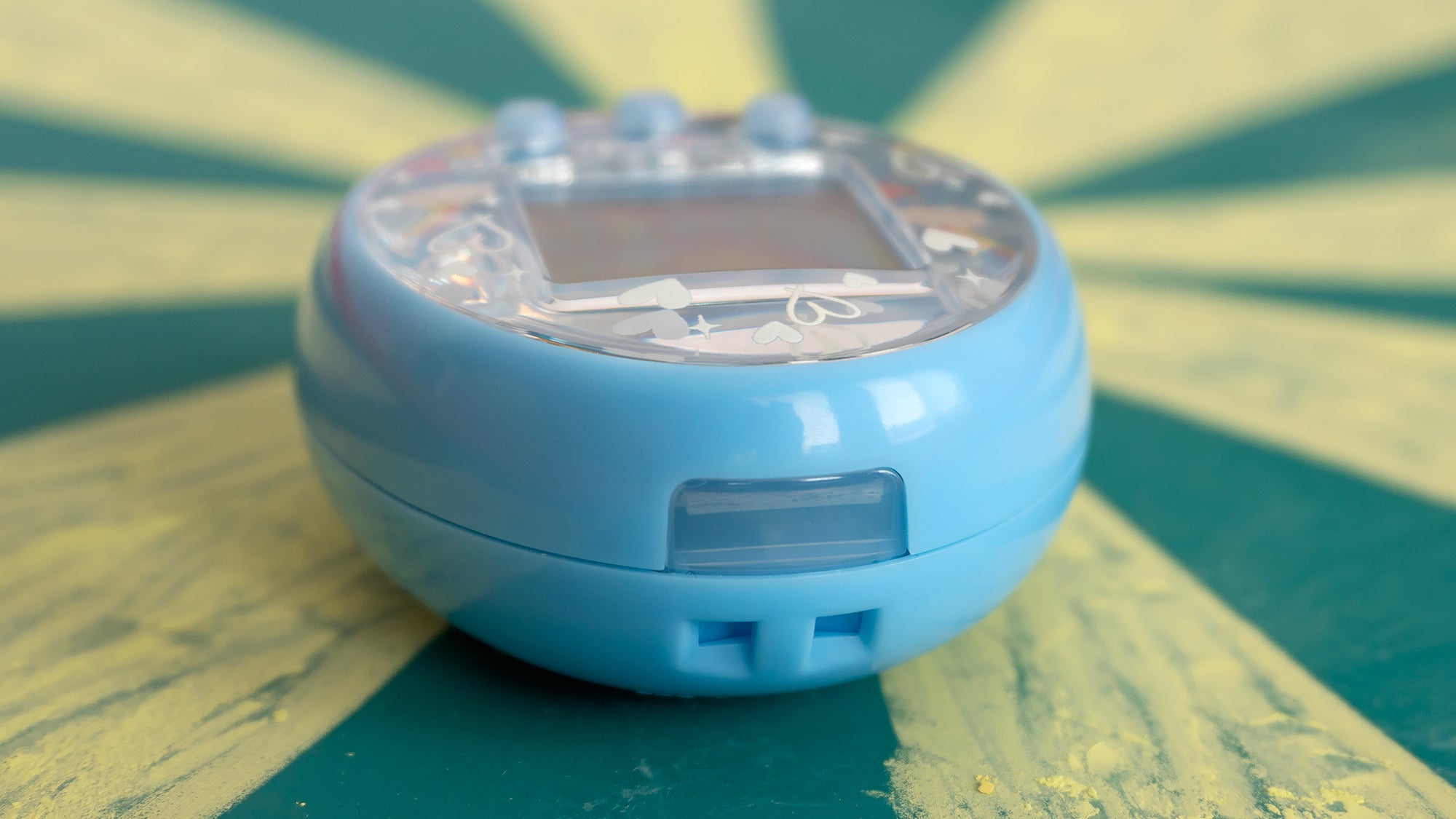 You can attach a lanyard or keychain, but one isn’t included this time. Boo. But that tiny window, hiding an IR transmitter, allows Tamagotchi devices to talk to each other and the virtual pets to network.

The most obvious update to Tamagotchi On is that it’s almost gigantic compared to previous versions of the toy that could hang off a keychain without being noticed. The new version is considerably larger, and as a result, it might have a hard time competing for pocket space against a smartphone.

One thing that hasn’t changed with Tamagotchi On are the three simple buttons used to interact with the virtual pet and to navigate the toy’s menus. It works, once you get used to how the navigation works (the buttons are unlabelled) but as the menus, settings, and options have expanded quite a bit in this version, it might finally be time for Bandai America to consider introducing an alternative—like a tiny touchscreen now that smartwatches have demonstrated they’re not impossibly small to use.

One small gripe: why didn’t Bandai America include a keychain with the new version? It has the holes to attach one, but it’s BYOK. 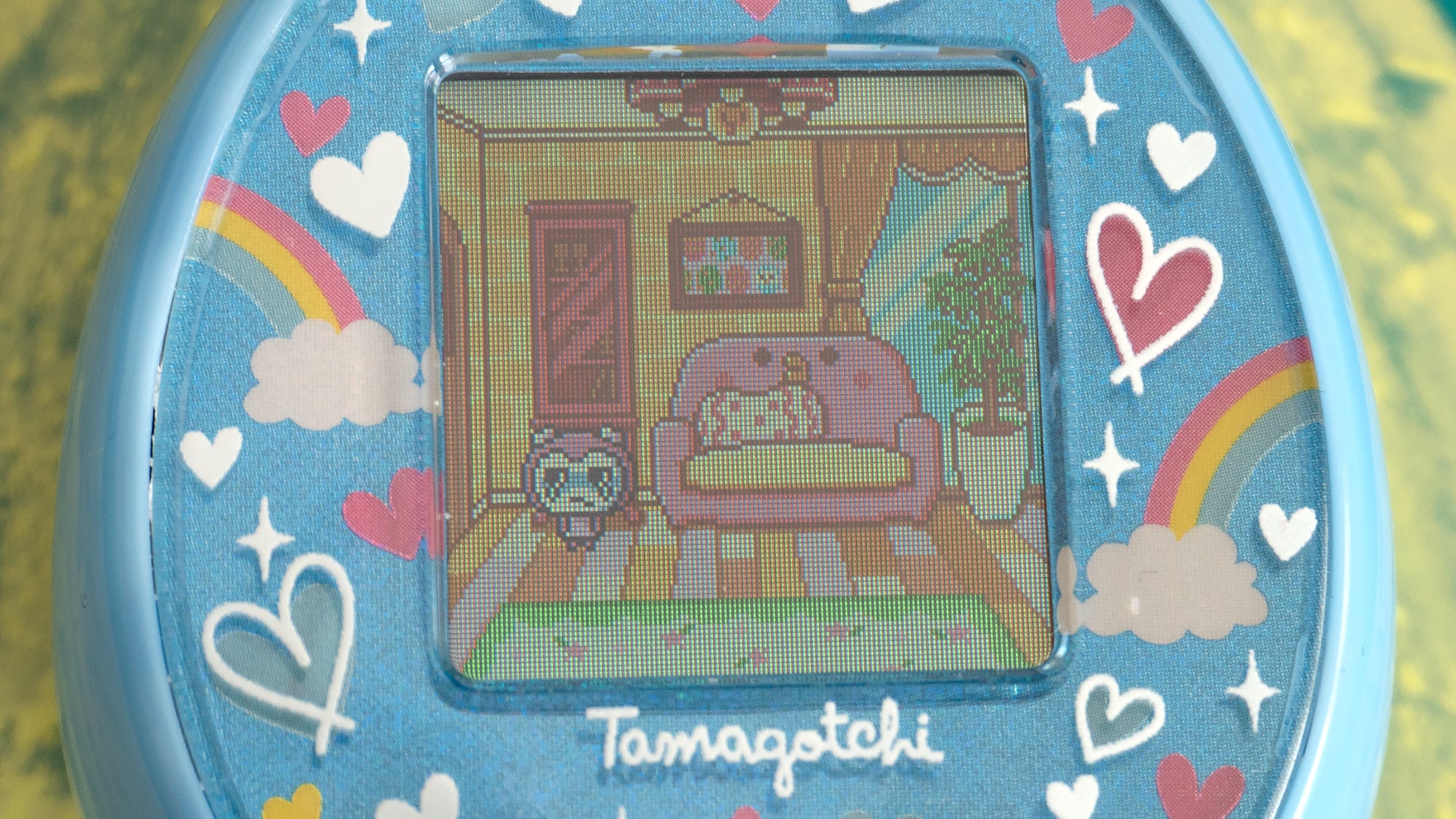 The Tamagotchi On’s colour screen isn’t a new feature, but it’s a vast improvement to the versions featuring a monochromatic display. 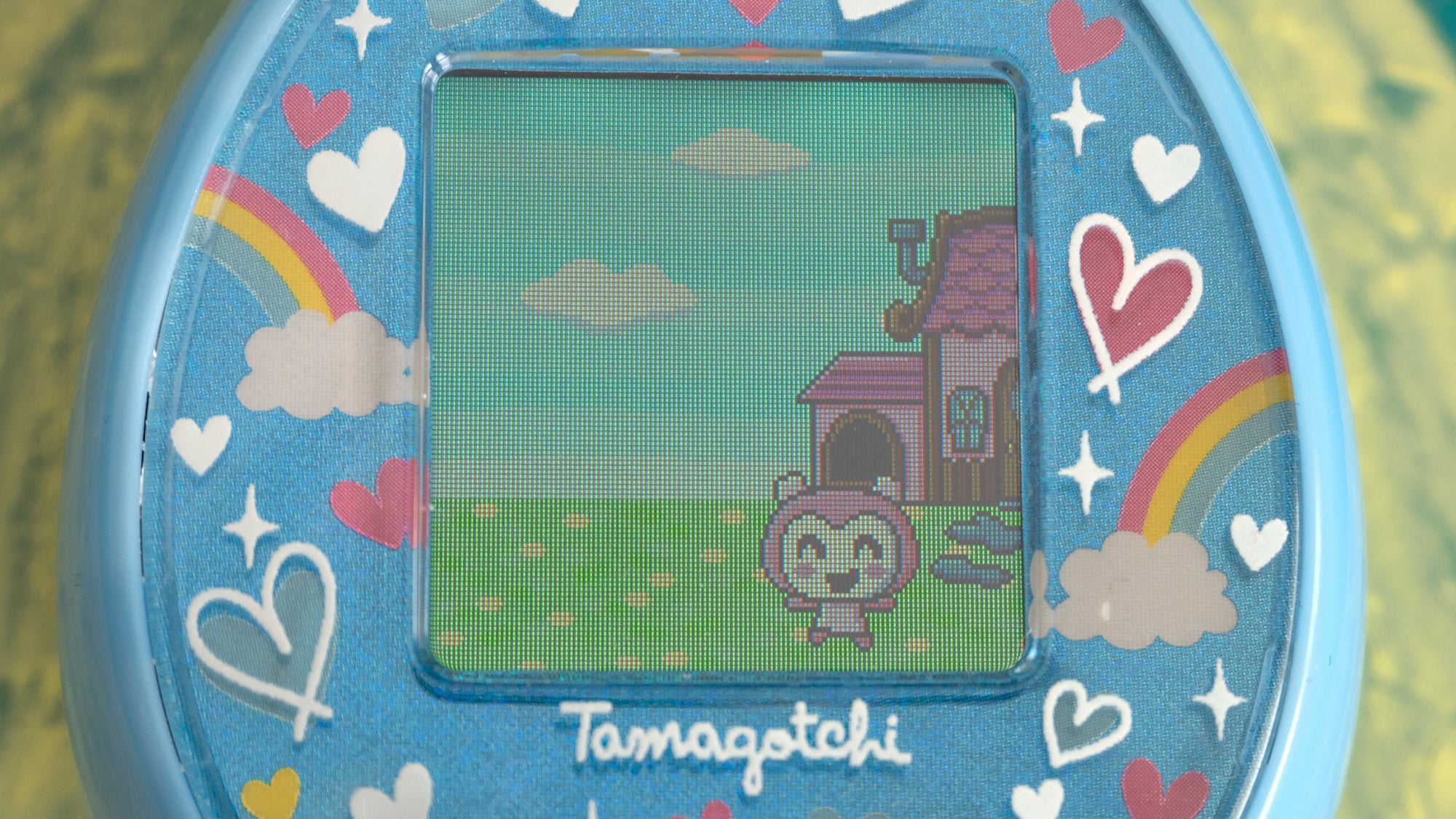 A colour screen makes it much easier to discern the mood of your virtual pet, so you can better care for its needs. Look at that smile. 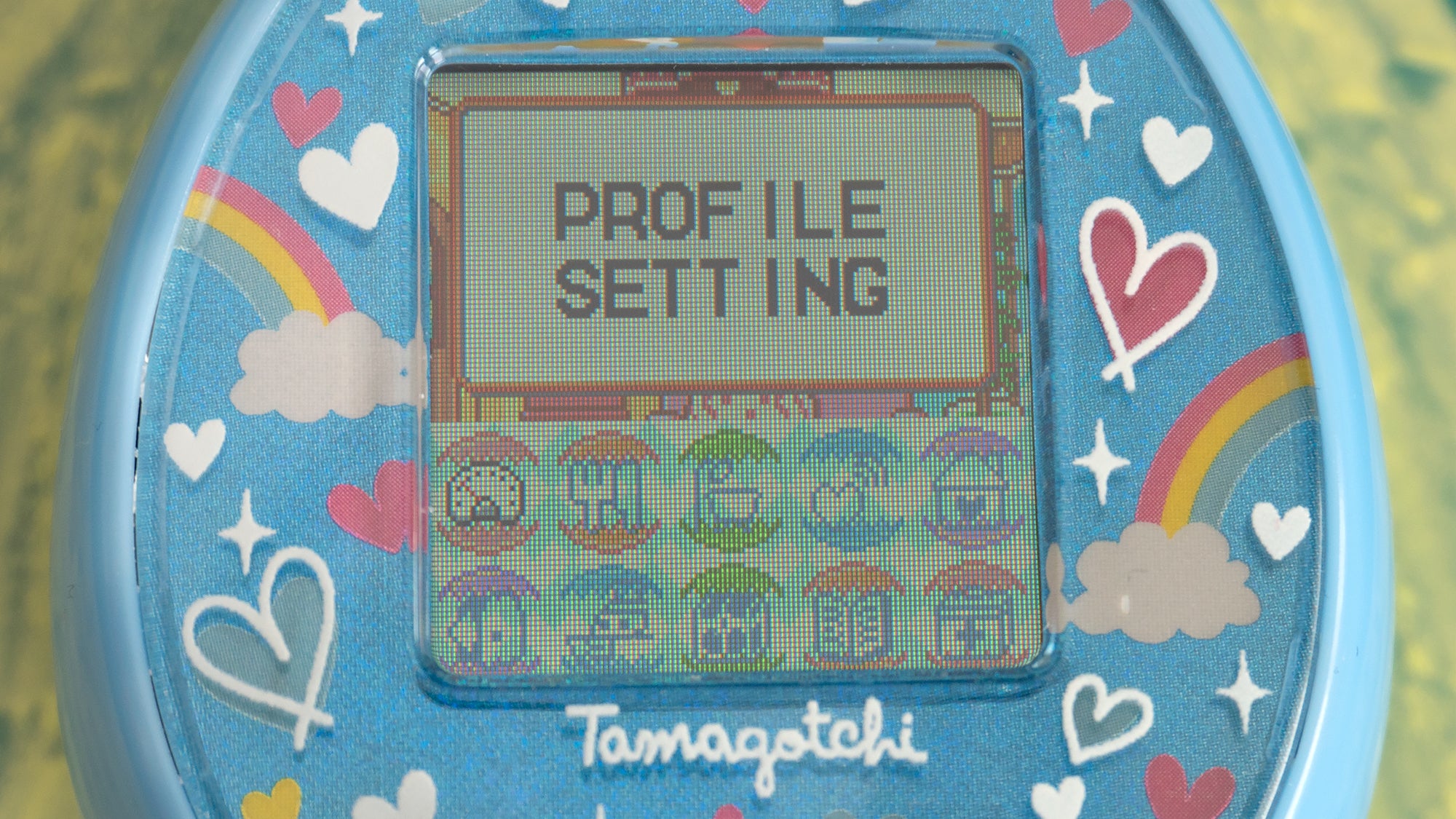 That tiny screen feels a bit cramped when you pop into the Tamagotchi On’s menus; there’s a lot of options hidden away in many sub-screens. It might take a while for you to learn your way around.

The Tamagotchi On’s full-colour screen isn’t new, that feature was introduced as far back as 2008 with the Tamagotchi Plus Colour in Japan, but it’s finally making an appearance here in the US. The colours are vibrant, even in bright light, and given the screen’s small size the lack of pixel density isn’t an issue. Besides, the crude pixelated graphics and stuttered animations are part of a Tamagotchi’s charm and appeal at this point. I’m not sure if I’d want a virtual pet that looked and acted more lifelike—I’d be devastated when it eventually died.

That being said, all the features that have been added to the Tamagotchi line over the years are starting to make the toy’s menus feel a little bloated. You’ll find yourself randomly digging through endless sub-menus to find an option you’re looking for, and a display with more resolution would allow more options to be squeezed onto each screen. 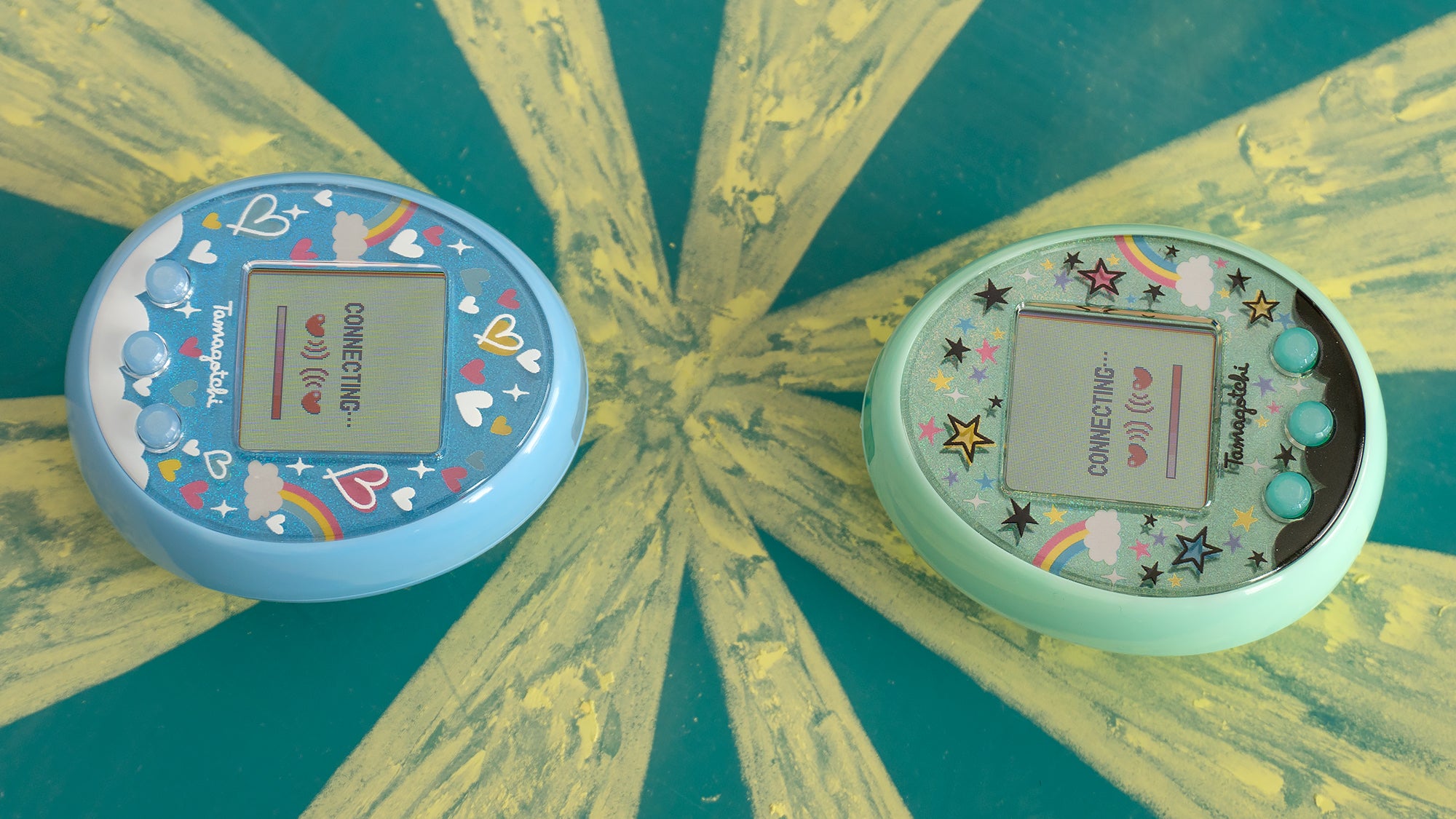 An infrared transmitter and receiver allows two Tamagotchi Ons to share data, facilitating playdates and marriages. But the range is limited to just a couple inches, and you can’t disturb the devices during a pairing. 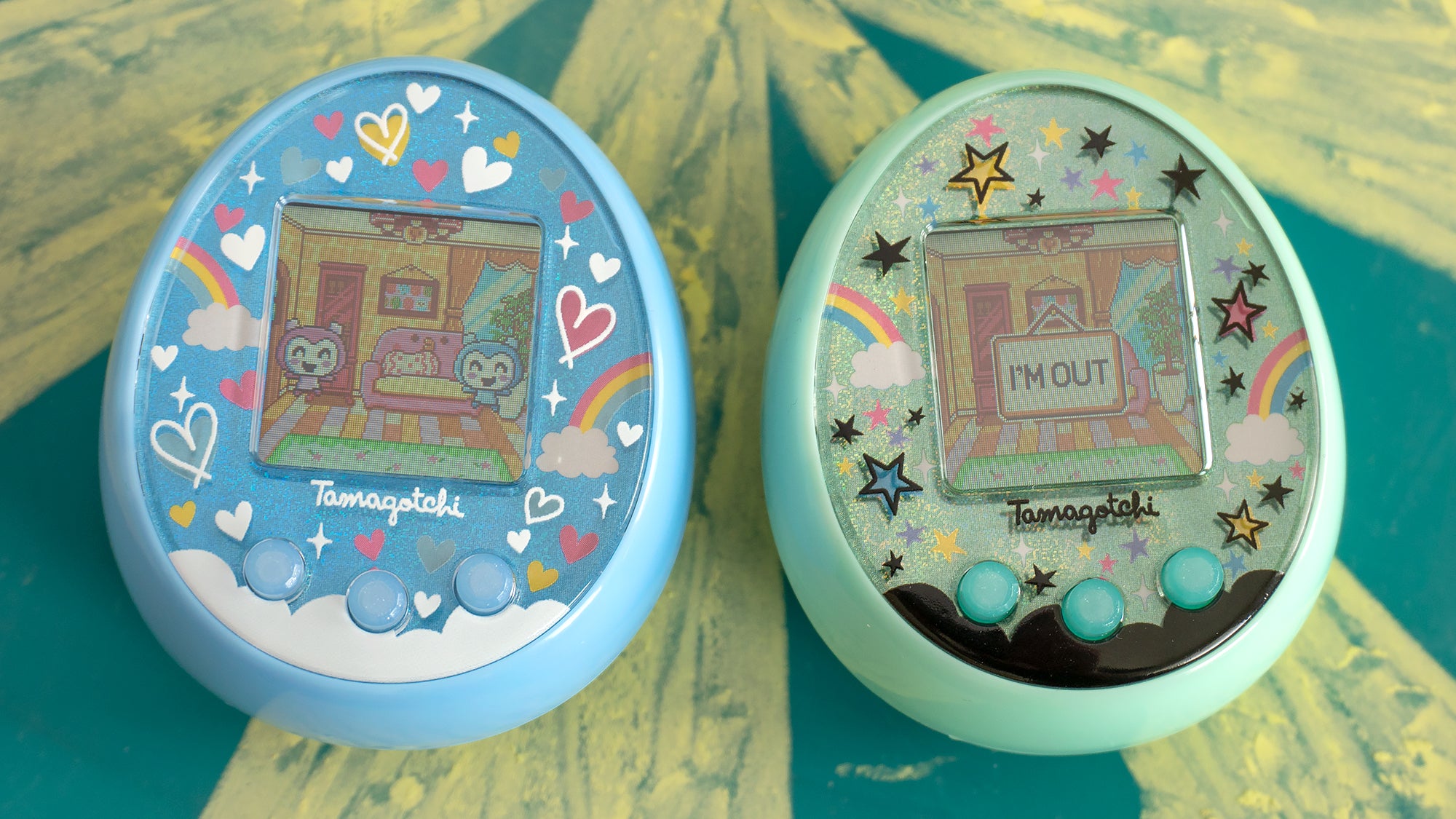 Most of the device to device interactions are temporary, with your Tamagotchi returning home after just a minute or so.

The ability for two Tamagotchi Ons to wirelessly communicate over IR isn’t new either, that feature was first introduced with the Tamagotchi Connection back in 2004. But it now facilitates more interactions between Tamagotchis on different devices. You can have playdates, send your virtual pet off to visit a friend or a hotel, and even propose marriage to another Tamagotchi. If they say yes, your virtual pets will consummate their relationship (presumably off-screen) resulting in each one receiving an egg that will hatch and grow into a child that looks like both its parents. Up to 16 generations of a family can exist on a device at a given time, which sounds exhausting. To make things a little easier, there’s even the option for your younger Tamagotchi to spend the day being babysat by its parents.

Tamagotchi On will be available starting in July for $US60 ($86)—which is the least appealing feature of the latest version—they’re no longer a cheap $US15 ($22) impulse purchase. But when it launches, Bandai America will also be releasing an accompanying mobile app (it wasn’t available for testing yet) that the Tamagotchi can wirelessly connect to to further expand what your virtual pet can do, where it can go, and who it can meet—including Tamagotchis all around the world. Instead of trying to compete with smartphones, Tamagotchis may have finally embraced them so kids have more incentive to keep their pets alive.

Note: at the time of publication both of the writer’s Tamagotchi were still alive and well.