The Secret To John Wick Is All The Goofy Lore 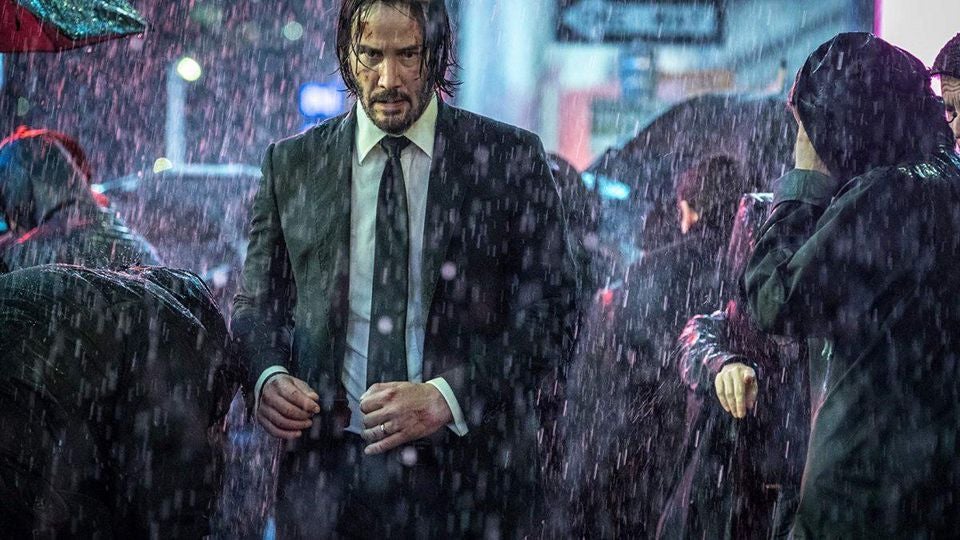 At first glance, the John Wick movies look pretty straightforward. It’s a big part of their charm. Just watch the trailer for the first film: Keanu Reeves is living a peaceful life with a rad car and cute puppy, only to have both taken away from him by ruffians who are completely unaware that Wick is the best assassin to walk the earth, and that they ruined his retirement.


It’s a perfectly fine premise for an action movie, but John Wick goes much further, slowly revealing that it’s set in a world governed by an order of assassins with all sorts of arcane rules and systems. As one movie became three, the world-building of the John Wick films became more elaborate—and more like a video game.

Before getting into what that means, you should know that we’re going to have to spoil a lot of the first two films, but don’t worry: There won’t be any John Wick: Chapter 3 — Parabellum spoilers here.

If you’ve never seen a John Wick film, you’d be forgiven for not knowing it had any distinct backstory or lore. As central as it is to these films, they’re never sold as anything other than stories about Keanu Reeves reluctantly having to put on a nice suit and completely wrecking endless streams of dudes, often with guns.

Then, roughly 30 minutes into the first film, something funny happens: John Wick checks into a New York City hotel. A hotel where everyone seems to know him, because, we soon find out, they’re his former colleagues. The Continental Hotel, we learn, is strictly in the business of accommodating assassins.

At the Continental, everything is paid for with gold coins, and there’s only one rule: you don’t do business on the grounds. Break that rule, and you are excommunicado, fair game for your assassin coworkers to kill for a hefty bounty. It’s something they will do in short order, because the Continental is the hub for all assassins in the world of John Wick, and what the Continental decrees is quickly relayed worldwide—as we learn in the conclusion of Chapter 2, after Wick is made excommunicado and is forced to run for his life with no safe haven

It’s an incredibly fun and goofy conceit that elevates a simple 2014 action film into something more without explaining too much. Like the best video game lore, it’s full of details for you to turn over in your head that hint at a larger world, one that could be explored in a sequel.

Where do those gold coins come from? How extensive is this assassin economy, which includes cleaners who show up after firefights, and doctors who patch up whoever’s left standing? How does word get around in this universe, and what did John Wick do to become the boogeyman of boogeymen?

John Wick doesn’t have to run with any of this. Like a lot of video game lore it’s ancillary, largely for the benefit of the audience. Lucky for us, John Wick is all-in on its lore, to the point of hilarity. By the time John Wick: Chapter 2 rolled around in 2017, the small details of the first film are fleshed out into an elaborate fictional universe, one where the real world is a front designed to secretly facilitate the work of assassins and anyone who wishes to employ their services.

It repurposes a number of proper nouns for its worldbuilding, not unlike a Bungie game. Sommeliers are arms dealers who describe guns as “robust.” Tailors specialise in body armour described (and designed) like evening wear. Subway panhandlers are all in a secret whisper network that brokers information via pigeon coop. As for the Continental hotel? It’s actually a network of hotels, all operating under mysterious overseers known as The High Table.

It’s tempting to compare films to video games whenever the become implausibly cartoonish, which is certainly something that you can say about the John Wick films. As a character, Wick, despite moments of vulnerability and injury—is comically impervious to death, and there’s a very game-y approach to the way these movies portray gun violence.

The choreography of John Wick’s best fights treats guns not as the ballistic weapons they are, but as a way to punch people far away. Guns are more like an action-role-playing game skill here than anything else.

John Wick is more elegant than that. It’s video game-y in the way that its world feels designed, optimised for making its central conceit of pitting a lone assassin against an army of his former cohorts into something that can be iterated on in ways that still feel novel, even though you’re essentially watching the same thing—John Wick wrecking dudes—over and over again.

Lore is a big part of how the films do that. The Continental introduces rules, and creates a system for parsing the Wick universe.

In the second film, The Continental becomes our window into a wider understanding of this strange world where a majority of the populace seem to be trained assassins, and gives us systems and iconography that explain how these characters navigate that world.

Whenever a character in a John Wick movie bristles against one of the rules set forth by The Continental Hotel, there’s usually a brief exchange. “Rules,” whoever holds authority will say. “Rules,” the offending party will begrudgingly agree. “It’s what separates us from the animals,” the former will remind us.

Rules make the world of John Wick go round. Across three chapters, the John Wick movies have crafted a perfect feedback loop, introducing new sides of its world to fold into its lore, and new rules attached to that lore for its characters to bump against and be frustrated by.

Rules in John Wick are a great source of comedy, and the perfect excuse for ridiculous action scenes that span the globe. They’re also, as anyone who plays games knows, how you have loads of fun.