Tourists Are Causing Headaches For Japan Until recently, Japan didn’t have much of an influx of foreign tourists. Now, it does, and with that comes problems.

Of course, Japan should have a thriving tourism industry! This is a beautiful country with a rich culture, a long history and delicious food. But for much of the 20th and 21st century, foreign tourism in Japan didn’t really exist. There are obvious reasons for that: a World War and expensive air travel are the easiest explanations. Yet even during the 1990s, there weren’t many overseas visitors.

With the rise of Japan’s neighbours in Asia, the country has seen an influx of travellers like never before. In 2018, a record number of 31 million foreign tourists visited Japan, which as Nippon.com explains, was an 8.7 per cent increase from the previous year, which had also been a record-setting year.

Over fifty per cent of foreign tourists currently come from mainland China and South Korea. Another 15.3 per cent are from Taiwan and another 7.1 per cent hail from Hong Kong. Tokyo is the most popular destination, with 46.2 visiting the capital, while 38.7 per cent visit Osaka.

To promote tourism, the Japanese government has latched on to the idea of omotenashi, which it defines as “to wholeheartedly look after guests.” According to the Japan National Tourism Organism’s website, “Omotenashi is hard to define in English because to understand it is to experience Japan in-person.

It is a sense of incredible hospitality that carries across home stays, formal ceremonies, retail, and dining. However, omotenashi goes beyond ‘the customer is always right;’ rather, it is an implicit understanding that there are no menial tasks if the result ensures a great experience for a guest.” 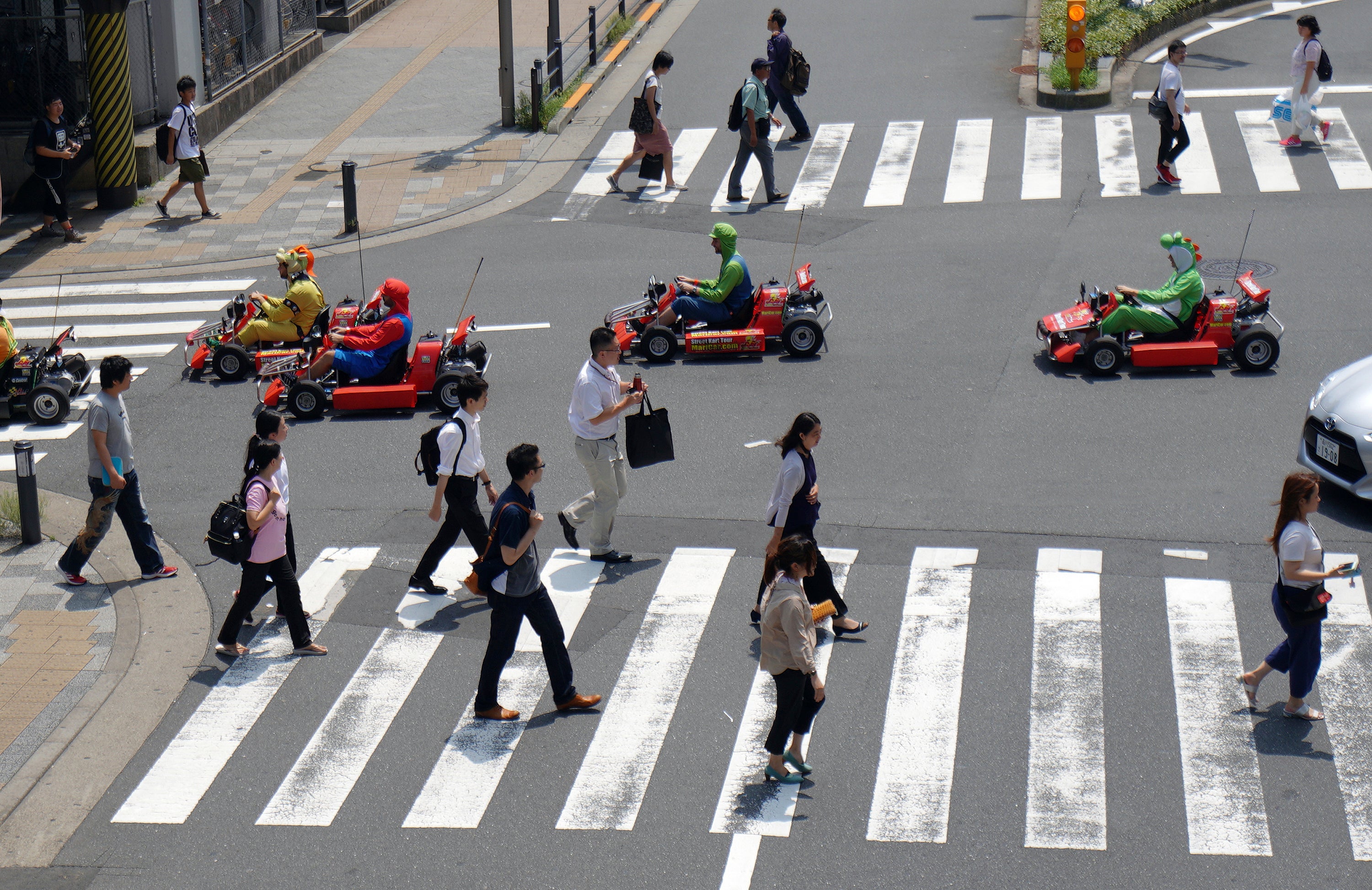 That experience isn’t always great for the host.

This sudden spike has caused growing pains, such as overcrowding and hotel shortages as well as a spate of new problems.

As The Japan Times reports (full disclosure: I am a Japan Times columnist), tourism has also caused a backlash as well as skewed coverage as evident by some local media, for example, showing drunk foreigners in Shinjuku as evidence of naughty visitors—which is a little unfair when the area certainly has no shortage of drunk Japanese.

“It’s a matter of do we pick money or do we pick culture,” Beat Takeshi said while hosting a show last year covering the tourism boom and issues that it has caused.

According to Takeshi, he felt as though allowing lots of visitors will chip away at the culture. “I feel like, wouldn’t be ok if Japanese were poor?” That sounds as though he’d rather not pick tourism money to support the economy.

As Nikkei reports, foreign tourists spent a record $US40.1 ($58) billion in Japan last year, which is four times the amount spent in 2012.

When I first moved to Osaka, I lived in the southern part of the city. I remember walking through rundown shopping arcades that were on their last leg. They had delicious food, but with a dwindling population, their time seemed over. But now if I visit those areas, they’re packed with tourists.

So I wonder if tourism is chipping away at culture, like Beat Takeshi claims, or if it’s propping it up? The answer isn’t simple.

Case in point: Nishiki Daimaru, a 60-year-old fish shop in Kyoto’s Nishiki Market. Called “Kyoto’s Kitchen,” the Nishiki Market and has been around for over a thousand years. It’s where locals go to get fresh fish, tea and pickled veggies. Rather, where many locals used to go. The Nikkei reports that the owner of Nishiki Daimaru says 80 per cent of his customers are foreign tourists.

However, sales have been down over the last several years because the visitors only buy a small amount of sashimi to eat in-store. Locals are staying away. Since the market is now packed with tourists, shopping at the Nishiki Market on a daily basis has turned into a hassle. Katsumi Utsu, the market’s director, told the Nikkei that Nishiki is a “crush of spectators rather than a lively scene of local shoppers.” 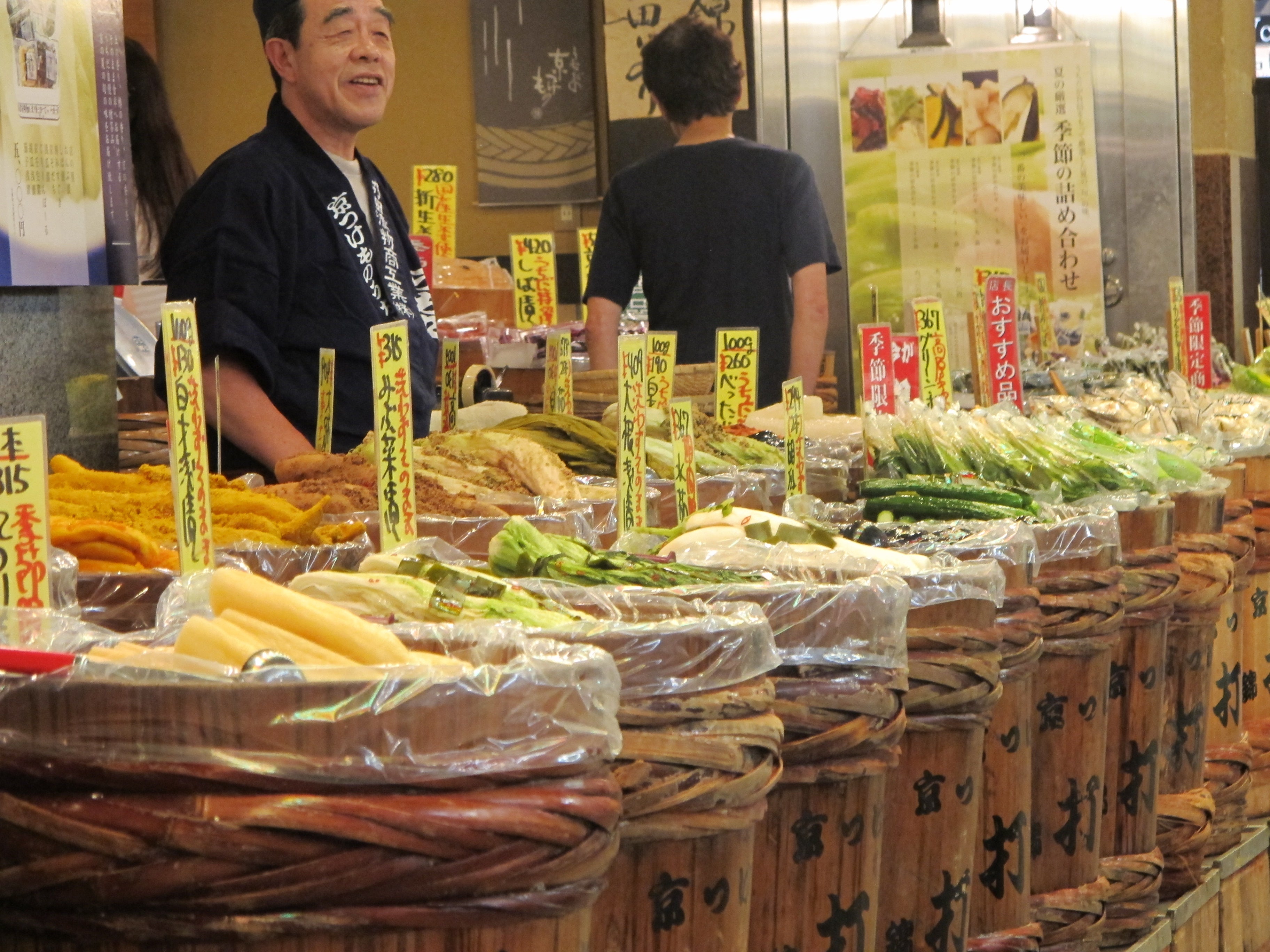 The market is a microcosm of what’s happening throughout the city.

“Undoubtedly the increase in tourists has had an influence on the daily lives of the citizens of Kyoto,” Shuhei Akahoshi, managing director of the Kyoto’s Department of Conventions and Tourism, told SCMP.

“It has, for example, caused our buses, trains and roads to become more crowded, causing adverse effects for commuters. The increase of illegal guest houses has brought up concerns from our residents about the potential threat to their safety and peace of mind. And cultural differences concerning things like smoking and garbage have caused various problems.”

Some locals in Kyoto have taken things into their own hands and created a “scenery preservation” committee. The Asahi Shimbun via Independent reports that the group will tackle issues such as “half-naked hikers, trespassing travellers and prolonged photo shoots” in order to preserve the Gion’s elegance. In other parts of Kyoto, volunteers pick up trash.

(To be fair, foreign tourists are not the only ones guilty of messing things up for photo ops. Rude Japanese folks have done that, too!)

Kyoto has been dealing with more than tourists who linger for photos. Its beauty has been defaced and vandalised, most notably the bamboo grove in Arashiyama. It is not the only destination in Japan to deal with damage believed to be caused by visitors. 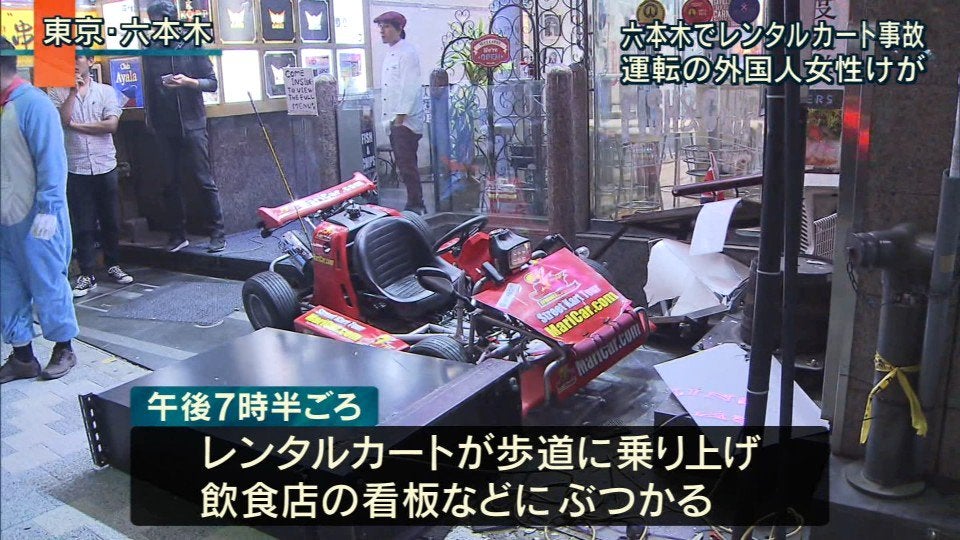 Last night in Tokyo, a 30-something-year-old tourist from Singapore made a wrong turn, driving a rental MariCar (the go-kart company that Nintendo is suing for copyright infringement) up on the footpath and crashing it into a restaurant sign. This is not a first.

Mainichi reports that the Tottori Sand Dunes have seen their natural beauty ruined by tourists who have violated the site’s rules and written huge messages, such as “Happy Birthday Natalie” and “SEBASTiAN” with a face doodle. Presumably, it was SEBASTiAN’s. Tottori Prefecture then has to clean up the dunes, removing the scrawled messages.

These were not firsts.

In the past, foreign visitors have also written messages on the dunes, which made the national news. Clean up crews must be dispatched to remove the sand graffiti.

27yr old Aussie arrested in #Japan suspected of spray painting a #Tokyo Metro train. Also found him bringing sprays and headlights when entering the country. Seems like this graffiti group has posted a video of painting the train on YouTube https://t.co/EZ2NX7cmWZ pic.twitter.com/AKIQH3Zya3

The story of the Australian man who was arrested for allegedly spraypainting a Tokyo subway also made the national news. None of this is a good look in the minds of the Japanese public. Tourists are seen as causing trouble. A bother or meiwaku (迷惑). You don’t want to cause meiwaku in Japan, because you are creating an annoying imposition on others. But increasingly, that’s how some in Japan are seeing tourists.

(YouTuber Jake Paul certainly didn’t do much for the image of foreign visitors in Japan, either.)

Asahi even reports that a “no-foreigners policy” is spreading among some businesses, though the evidence is anecdotal. A 45-year-old pub owner in Kyoto, for example, is quoted as saying that he tells groups of five or more foreign tourists that his restaurant is booked because in the past they’ve brought in outside food and used plates as ashtrays.

While he hasn’t hung a “no foreigners allowed” sign outside, did say, “I want Kyoto to stop staging promotional campaigns targeting foreign sightseers.”

Nanzoin temple in Fukuoka, however, has banned groups of foreign tourists and now displays a sign in multiple languages that explicitly states that it is a place of worship and foreign visitors are not welcomed. According to Asahi, Chief priest Kakujo Hayashi explained that around ten years ago, tour buses started pulling up. Foreign visitors blasted music throughout the holy grounds and splashed about in a waterfall reserved for Buddhist spiritual training.

The priests first warned the visitors, but after more and more Japanese worshippers stopped coming, the temple felt compelled to ban the overseas groups. The temple does allow small numbers of foreign visitors, Asahi adds, and will boot any Japanese visitors who do not follow the temple’s rules. “I want to accept all worshippers, but there are limitations to our capacity,” Hayashi told Asahi. “We have no choice but to take measures to protect the place of prayer on our own.”

Certain areas of Japan are having difficulty handling the influx of visitors. Starting from 2019, the Japanese government will begin collecting a 1,000 yen ($13) exit tax to help build up the country’s infrastructure. Hopefully, this will help create the necessary infrastructure to ensure that both visitors and locals benefit from Japan’s tourist boom.

An increased understanding by those who are guests and those who are hosts is necessary because when people venture abroad on vacation, these roles do get reversed. So unless you never plan on leaving your home country, a degree of willingness to make room for tourists is required. The influx of tourists to Japan is sudden, but with time, the country should become better equipped to handle it.

For visitors, there are simple things to keep in mind. When in Japan, do as the Japanese. Leave things as you found them. But definitely remember the most important tourism rule of all: Don’t be an arsehole.