Grand Theft Auto 3 has some interesting features and code hidden within the game. These hidden features were originally used by developers to debug and fix glitches during development and should have been removed.

Crafty GTA fans and modders have been able to not only find these hidden features in retail copies, but reactivate them and get many of them working again. The results of their efforts give us a window into how Rockstar builds its massive open worlds.

A video released earlier this week by popular GTA YouTuber Vadim M showcases a large number of debugging features that are still hidden inside GTA 3. Many of these features were recently found and restored by GTA modders and data miners Fire Head and AAP.

While these features are in the retail versions of the game, not all of them work as intended because the code is much older than the final game.

Many debug features in Grand Theft Auto 3 were created to work on PS2 dev kits. A second controller could be plugged in that would let the developers change the game in real time. This functionality was restored in the PC version of the game, though Vadim M told me he believes it could be activated on the PS2 version of the game if you used a modded copy.

With the second controller, you can instantly change the weather or time of day or remove the HUD. You can also activate a free camera, which lets you fly around the world and look closely at objects, buildings and roads.

This free camera also allowed developers to instantly teleport the game’s protagonist, Claude, to its location, which could potentially be used to skip long drives during testing. The second controller further activates the ability to play the game one frame at a time.

GTA 3 hackers such as Fire Head have also found debug scripts in the mobile port of the game, but not in the PS2 or Xbox versions. Using some custom code, AAP, Vadim M and Fire Head were able to get port these scripts back into other versions of the game.

These scripts include the ability to despawn and respawn all vehicles, start any mission, turn on god mode, recolour any car and access developer menus. 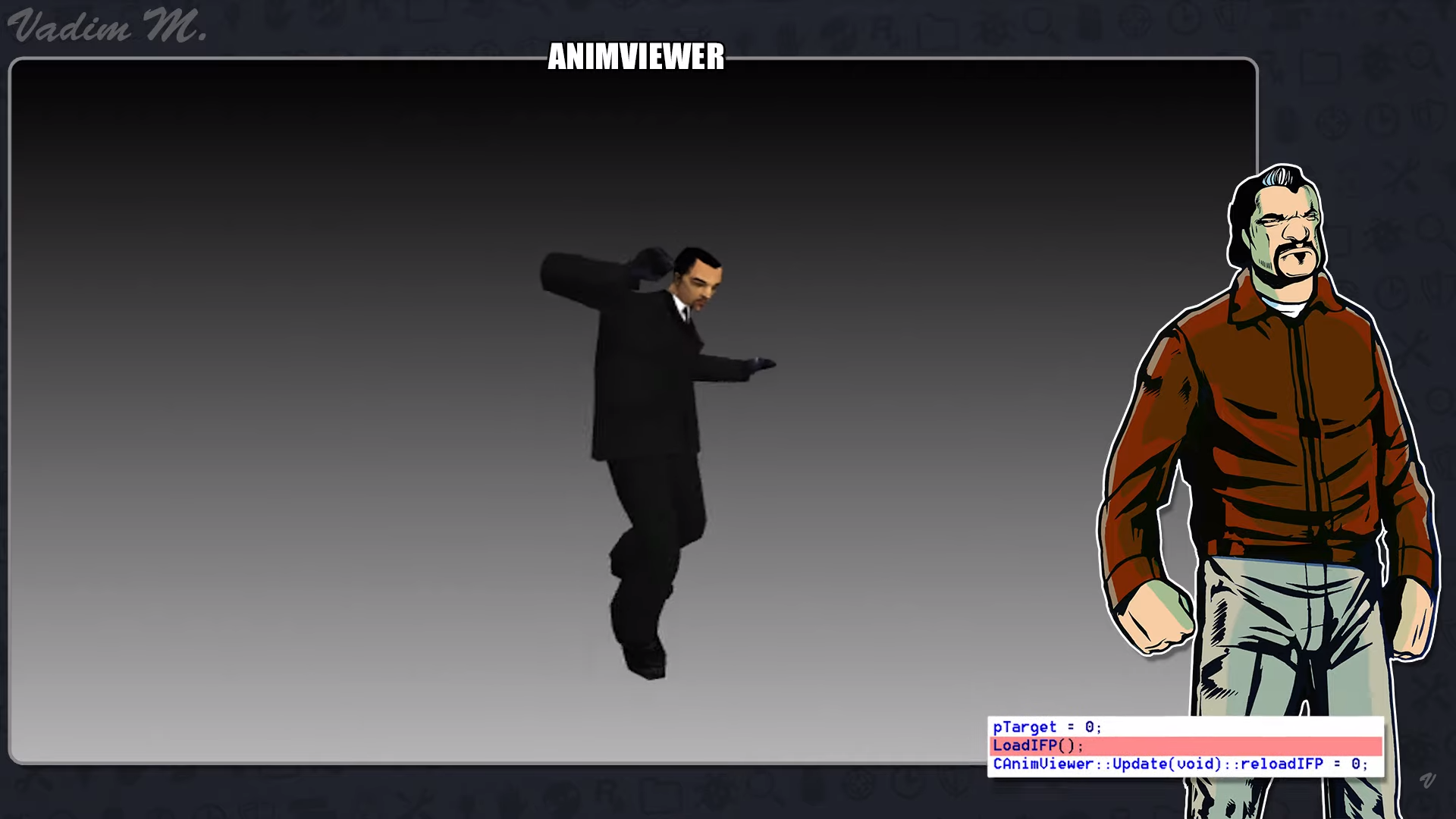 Reactivating these hidden menus allowed Vadim M to access a model viewer, which let developers examine any of the in-game models or characters and watch their animations closely.

These scripts and hidden menus also include a bunch of tools revolving around GTA 3’s pedestrians. There’s the ability to activate a colour-coded overlay on the road and ground, with different colours representing different rules.

One area might be where pedestrians cross the street, so a section is marked with a specific colour that means NPC can cross in that specific zone. Other areas are marked to keep pedestrians from entering, such as highways.

The entire video is worth watching as it goes into more detail about many of these features and other debug options, as well as how they all worked and what Rockstar might have used them for during development.

These debug features offer us a glimpse into how a game like GTA 3 is made. Rockstar is a notoriously secretive company and rarely lets players see beneath the hood. But thanks to some clever and dedicated fans, players can get a better understanding of some of the game’s tools.