Undertale’s Toughest Boss Fight Made Into A Fortnite Map 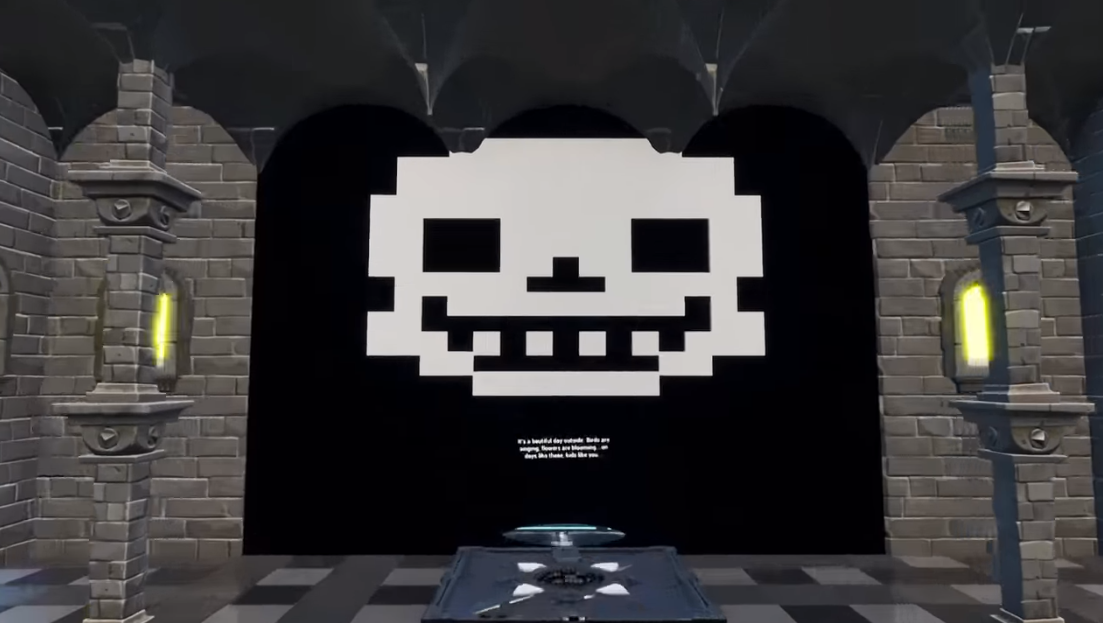 One of Undertale’s most memorable boss fights is against the friendly skeleton Sans. It’s now been creatively remade as a series of platforming puzzles in Fortnite.

Normally a friend, Sans is also the final boss fight for players who attemtp a genocide run in Undertale by killing every single thing in the game.

His fight is also the hardest: things move incredibly fast, with little time to dodge the bones and laser beams the zoom through the box where the game’s bullet hell-style combat takes place.

Created by YouTuber Mustard Plays, Fortnite’s “The Undertale Sans Battle Deathrun” map cleverly translates each of these elements into a deathrun-style custom map players can run through as if they were doing the bullet hell segments of the actual Undertale fight.

The first section uses speed boosts and chiller blocks to fling the player forward like a hockey puck. simulating the effect of obstacles moving past them. Another part includes having to perfectly time impulse grenades to launch your character safely to the next platform.

Death lurks around every corner if the player fails to move in the right direction, jump at the right moment, or accidentally collides with one of the many traps hidden throughout the gauntlet, similar to the actual battle.

Mustard Plays went the extra mile and embedded almost all of the dialogue that occurs during the fight and a whole verse of “Megalovania,” the amazing combat track that normally plays in the fight against Sans, using music blocks.