Is Republican senator Josh Hawley an advocate for video game players or an ambitious politician with a savvy staff who know a win-win argument when they see one? The freshman senator from Missouri, who plans to soon introduce a bill that will ban loot boxes and pay-to-win microtransactions, spoke to Kotaku yesterday about his plans.

If this loot box bill passes as proposed, it will make it a fineable offence for publishers to put loot boxes in games that target children or are played by children. It will also ban “pay-to-win” mechanics in those games.

Senator Josh Hawley (R-MO) today announced a bill that would ban loot boxes and pay-to-win microtransactions in “games played by minors,” a broad label that the senator will include both games designed for kids under 18 and games “whose developers knowingly allow minor players to engage in microtransactions.”

In a short phone interview on Monday, I asked Hawley some questions about whether this loot box bill can pass, how it came about, and whether it’s all just a publicity stunt. You can read the interview here, lightly edited for clarity:

Jason Schreier: First of all, I’m curious: Do you have a personal stake in this issue? Is this something you’ve encountered in video games you’ve played?

Senator Josh Hawley: I have to be honest with you, Jason, I am not myself a gamer, so it does not stem from my personal experience. It stems from being a parent of two little boys and talking to lots of parents, and also hearing, by the way, from lots of gamers who are concerned about what the C-suite is doing here, basically adding casinos to children’s games.

Schreier: Do your kids play games with loot boxes in them?

Hawley: They do not yet. They’re six and four. So they are not playing any games at the moment. But I’ve heard from lots of parents who say that their kids, the stories about all of a sudden these charges, ‘What are these weird charges on my card? I thought I already paid for the game, how is it I’m being asked to pay more? Did I authorise this, how did the kid buy it?’ We’ve heard from gamers, too, talk about this ruining the integrity of the game by essentially changing the way the game works.

Schreier: You mention parents finding charges from their kids suddenly showing up on their credit card bills. That can happen a lot with microtransactions that aren’t loot boxes. Why focus specifically on loot boxes?

Hawley: Both loot boxes and pay to win. We think the reason why is that it’s foremost addiction development. It’s an attempt for kids to, as I said before, adding casinos to kids’ games in an attempt to get them hooked, in an attempt to exploit them. We don’t allow actual casinos to exploit children in this way. Why should we allow the gaming industry to do so? These C-suite executives who are driving this trend.

Schreier: Why focus specifically on children? Adults can’t also be exploited by these casinos?

Hawley: Adults can for sure be exploited. I think that children—there are a couple of things as we know in a variety of contexts, whether it’s casinos proper or public health issues, we often look at kids and say they’re uniquely vulnerable. They don’t necessarily know the nature of these microtransactions, being on the lookout for them in the way that an adult might.

And while I realise that these microtransactions, these particular kinds, compromise the integrity of the game no matter who is subject to them, there’s something I think that’s pretty unique to kids and the addiction angle I think is pretty unique to kids as well. So this is an area too where I think we ought to be able to come together on a bipartisan basis and say, ‘Look, when you’re directing this sort of pro-addiction activity, pro-addiction behaviour toward children, or practices toward children, we oughta be able to say no to that.’ 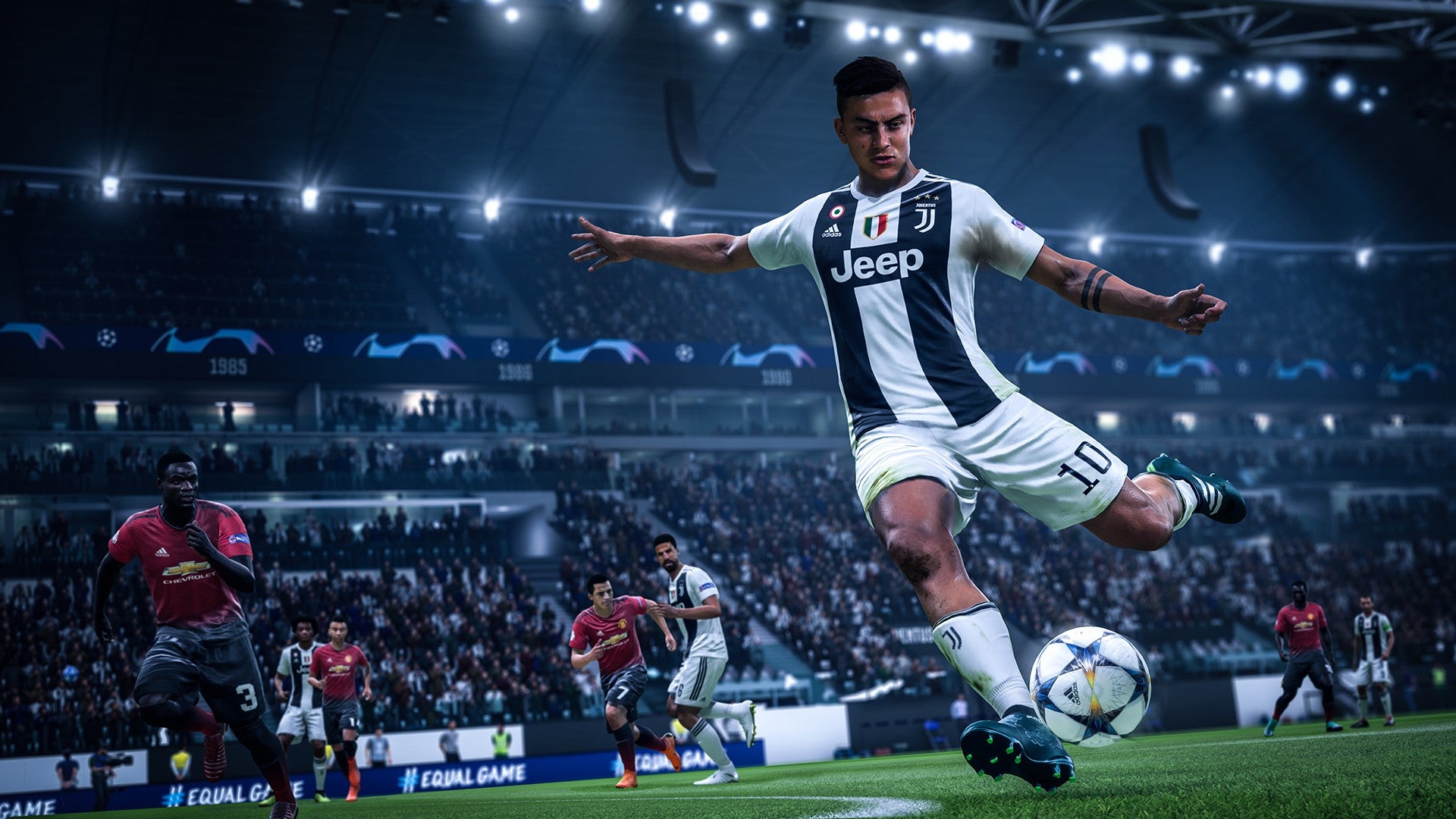 Schreier: Have you been in conversations with the ESA, the video games lobbyist group, or any other video game companies about how this might impact them?

Hawley: Yes, yes we have.

Schreier: Can you describe the nature of those conversations?

Senior policy advisor Jacob Reses: This is Jacob here. I think it’s fair to say the industry has concerns about this… We’ve been trying to be very transparent with them, but there may be some difference of opinion.

Hawley: And FIFA would indeed be covered by this legislation, to be clear. They’ve certainly expressed their, shall we say, concern over this legislation. But I think that’s probably a good indication that we’re getting somewhere.

Schreier: Do you think you’re getting somewhere? I’ve seen cynicism from financial analysts, from people in the games sphere, scepticism that this will actually pass. Certainly some concerns that this might just be a publicity stunt.

Hawley: I think if they thought it were a publicity stunt they wouldn’t be so concerned. I think the reaction of the corporate lobbyists… sort of strongly suggests that they’re very worried about this. I think it probably also suggests that they know this practice is not going to stand up to public scrutiny. Once parents really understand what’s going on here, and once the general public understands how these games are being manipulated, how their integrity is being compromised, how basically these companies have found a way to make whole gobs of money without really being upfront about it, and of course the addictive nature of it, I think they’re pretty worried that it’s going to result in public backlash, and it should.

Schreier: Public backlash is one thing, but I can’t imagine that many of your colleagues in Congress know enough or care about video games. Can this really get traction among those folks?

Hawley: I think everybody though cares about the health and safety of kids. And they also should care about this broader problem of what I’ve started calling the addiction economy, which this is a great example. We see this in other spheres by the way—we see it in social media, we’re seeing it here in the gaming industry, where you’ve got these corporations finding new ways to try to hook folks, extract personal information from them, in the case of social media.

Extract money of them in the case of games. Without regard to what that does to either in the case of gaming the game itself, and then to people’s general health and wellbeing. So I think there’s a lot of concern about that and we hope to drive a conversation in this space.

“I think if they thought it were a publicity stunt they wouldn’t be so concerned.”

Schreier: Previous attempts to regulate the video game industry, most infamously in 2010 or 2011 with a Supreme Court case about violent video games have all failed. I believe a state senator in Hawaii was looking to introduce loot box legislation that also failed. So I guess you’ll have to count me as sceptical that this has much of a chance of getting traction in Congress.

Hawley: We’ll see. Certainly the reception we have gotten from parents, from gamers has been absolutely tremendous. And we intend to push forward. I think this is something that people should be aware of, I think it’s an issue that more and more people are going to care about as they learn about it, and it’ll be the start of a broader conversation.

Schreier: Republican philosophy is generally all about personal accountability. Microtransactions—nobody’s forced to pay for them or buy loot boxes. Why not let the free market decide their fate?

Hawley: Well, similarly, as with casinos, we don’t allow children to go into casinos. We very carefully control, regulate what our children are exposed to. This is well within that model. This is something every parent should care about, and I actually don’t think that exerting—when people understand that what’s essentially happening here is online gambling being inserted into these games, I think a concern about—

Schreier: But that’s not just what you’re talking about here. Your bill also includes pay-to-win games which are not gambling, they’re paying for perks in a game.

Hawley: Similar, though. Once again it’s a microtransaction that’s not necessarily expected, especially from a child up front. And it is meant to induce obviously further playing, but also further spending of money. So it works in much the same way I think. The same arguments would apply.

Schreier: What would you say to a video game company that says, ‘Hey, without these things, you’re going to cause us to crash, cause this entire industry to fold?’

Hawley: These are very resourceful people, and I’m sure they can design games that don’t rely on gambling directed at children in the center of the game.

Schreier: Sure. Something I’m actually personally curious about, and this is not related, but I know that you count Peter Thiel among your [contributors]. Have you guys ever talked about what it was like to try to obliterate my company?

Hawley: (laughs) We have not. So I don’t have any personal information there.