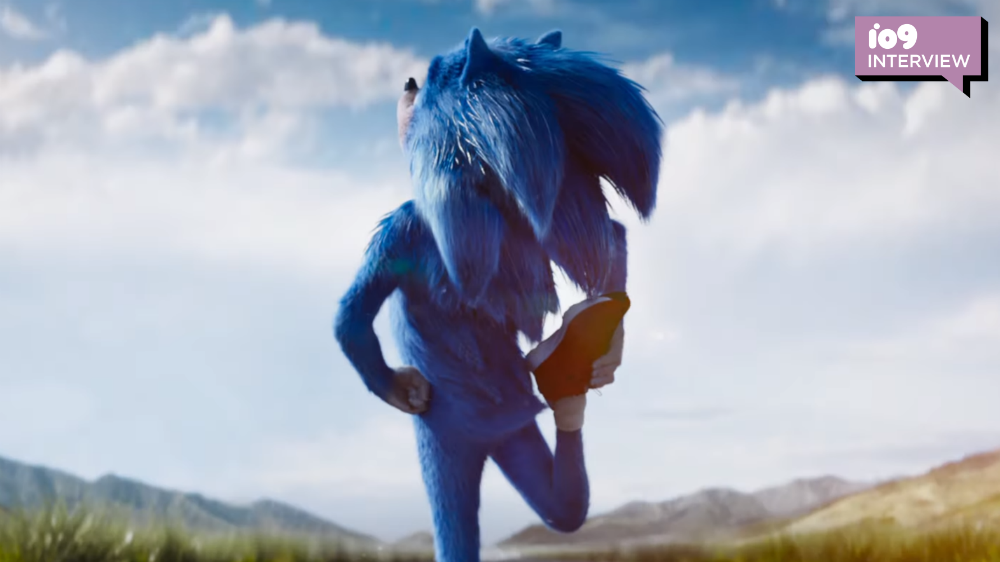 He started out as a meme, but now he’s months of work down the drain. (Image: Paramount Pictures, <a href="https://www.youtube.com/watch?v=FvvZaBf9QQI">YouTube</a>)

After the trailer for the Sonic the Hedgehog movie, it was like a million voices cried out in laughter, then were suddenly placated.

The negative response to Sonic’s look prompted director Jeff Fowler to announce that the filmmakers were going back to the drawing board. But what does that mean, how long will it take, and is this all a marketing scam? We asked a couple of actual VFX artists to fill us in.

The Sonic the Hedgehog trailer hit us all like a wrecking ball. The weird, beefy-legged Sonic was less a tribute to the ‘90s video game speedball and more a cry for help from the cosmos. The response was immediate, and so were the memes, reaching such a general fervour of “no thanks” that Fowler told the world that he’d heard the criticism and the character would be redesigned.

We reached out for clarification from Paramount about whether this was happening or how long it was expected it to take, and the studio declined to comment.

Thank you for the support. And the criticism. The message is loud and clear… you aren't happy with the design & you want changes. It's going to happen. Everyone at Paramount & Sega are fully committed to making this character the BEST he can be… #sonicmovie #gottafixfast ????✌️

Of course, that announcement came with even more backlash—how could the visual effects team be forced into “crunch mode” to quickly change a character they’d already spent months crafting and perfecting in the lead up to the movie’s November 18 release? Given the recent backlash against video game studios like Rockstar for fostering a culture of crunch, this seemed like a bad solution to a bad problem.

Instead of speculating on what a redesign of Sonic would entail, and what Fowler’s decision says about the state of visual effects in media as a whole, we decided to ask a couple of professionals.

Ilion Animation Studio character supervisor Juan-Luis Sanchez (Paddington), who spoke out on Twitter about Fowler’s decision, told io9 he was surprised when he heard that the fan backlash was leading to what could be a partial or complete character redesign. While it’s unclear how much of the Sonic character would be changed—and he made sure to mention he doesn’t know anyone working on the project—he did say the Sonic we saw likely represents at least six to nine months of work. Work that’s now out the window.

“If they took nine months to build a character, it’s two to three months of reworking before you can even put the character back into shots again,” he said. “I can’t even guess what’s going on behind the scenes.”

That doesn’t mean the whole movie will have to be redone. On the contrary, Sonic probably isn’t even in most of it yet. According to Sanchez, when trailers involving digital characters are released, what you see is typically all that’s been finished by that point. That means, by the time the world was fully introduced to Sonic the Beefy-Legged Hedgehog, “maybe five per cent” of the movie had been fully animated with him in it.

This was echoed by Daryl Bartley, a visual effect artist who worked on Avatar and Power Rangers, who said much of the work on getting the character into the movie is done in the final months, or even weeks, of production.

“Obviously, on most movies, they’re doing everything down to the wire. They push the limits of everyone involved to continue to make changes, to the very last second you could commit a frame to film or digital. There are shots being finalised the weeks before, or even the week before. There’s a prevailing thought that you could snap your fingers and change things,” Barley said.

The problem isn’t getting the character into the movie, as for the most part that hadn’t happened by the time the trailer came out. The problem is the fact that Sonic the Hedgehog’s visual effects designers now have to waste months of time going back to the drawing board before they can continue. In short: Redoing the character can happen, but it’s going to take up a lot of time.

If the movie’s release date isn’t delayed, it’s going to mean a lot of overtime and stress for the visual effects artists.

To demonstrate, Sanchez described the process of what it would take to make Sonic look like that viral tweet shared above. He said characters like Sonic are usually divided into two pieces: the head and the body. Each have their own challenges, and changes like this couldn’t be solved with cosmetic fixes.

For example, thinning Sonic’s legs, changing the size of his head, or redesigning the shape of his eyes. And that’s not even getting into the fur. According to Sanchez, the body could take a month to fix, and the head twice that, before putting him back into the movie. Since the movie is supposed to come out in half a year, this could reduce up to half of the designers’ available time.

“From the design, to the modelling, to the rigging—putting in the skeleton—testing out the skeleton, putting in the fur, lighting it…all of that work is easily nine months. And that’s without major design changes, or changes in the story along the way,” Sanchez said.

Sanchez and Barley expressed frustration that this was all presumably happening because people talked shit about the character design on Twitter. In their minds, social media may not be the best testing grounds for a character at that stage in the filmmaking process, considering all the work that’s gone into the design before the trailer even drops.

The public might be right about aspects of the criticism, but other points might change in hindsight. Sometimes, public opinions change after the actual film or show comes out. 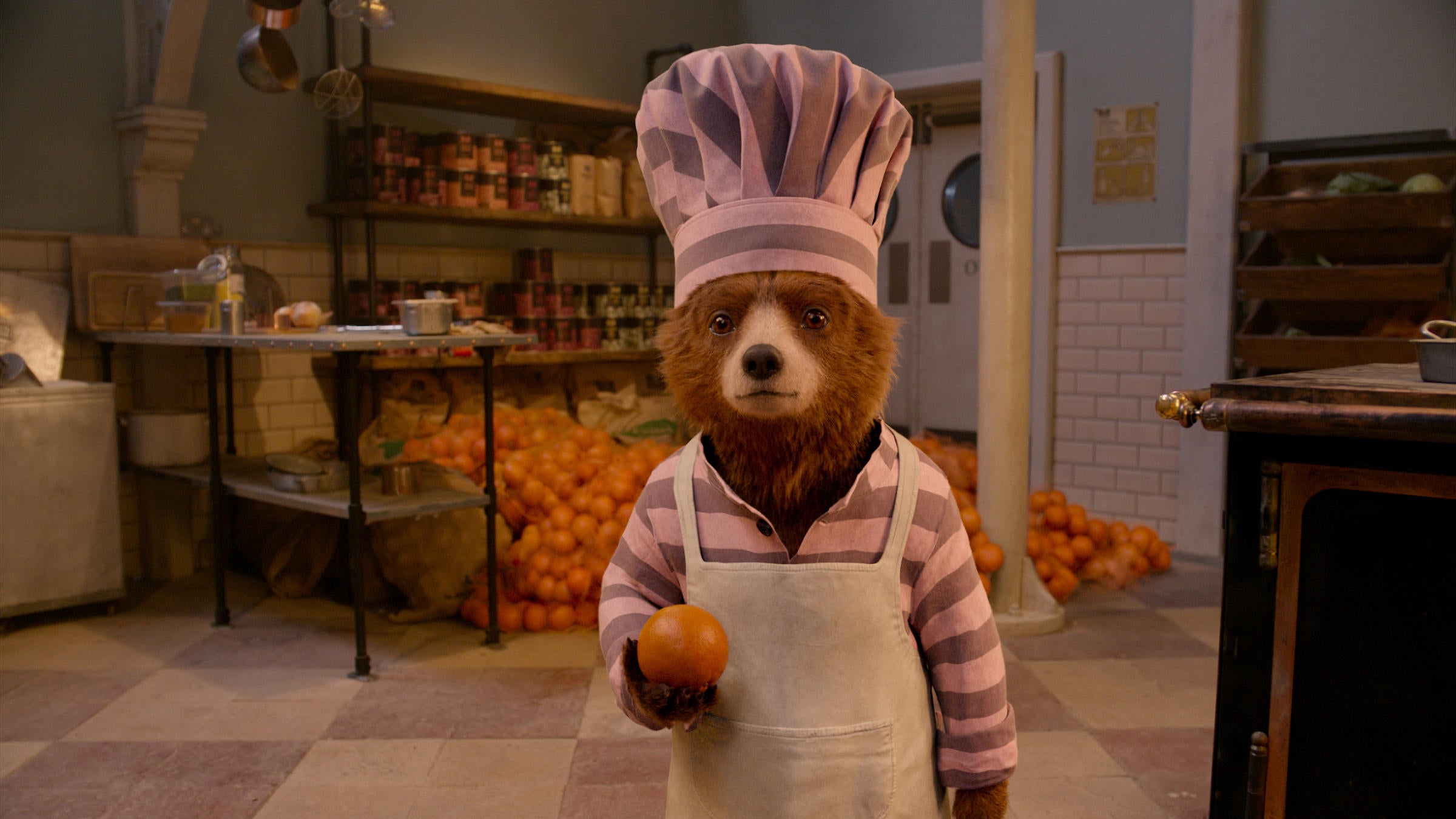 Paddington may have started out creepy, but now he’s a treasure. (Image: StudioCanal UK)

For context, Sanchez shared his experience when he was working on Paddington. When the character’s design was first teased, there was a Creepy Paddington meme, where Paddington was inserted into horror films as the new villain.

Sanchez, who was set to work on the fur design, and others on the team were worried this could mean changes for the character. But the producers stood behind the design, and it ended up being for the best. (Because Paddington is fucking awesome.)

But what if it was all done…on purpose?

That was a theory making rounds after Fowler announced the redesign. That Paramount knew people would hate this design, so they pulled a “New Coke”—making two versions of the character so they could release the better one later, to more fanfare. We asked Barley and Sanchez to share their thoughts on this theory, and both of them agreed it was unlikely and stupid.

Perhaps some marketing executive might think it’s a cool idea, but there’s no way a studio would spend that much money to make two versions of the same character, in the blind hope that people would get pissed off just enough to make them happy in the end.

“It’s one of those things that’s feasible, I think, in the mind of an executive. It could be this sort of sociopathic way of doing things. But I don’t think any normal people would try and do that. I get there’s so many attempts at going viral, but they’ve gotten way more attention for this than they would have,” Barley said. “There is such a thing as good attention and bad attention. Having your fanbase be pissed off at you in order to generate interest is not anything a sane person would throw out there.”

Sonic the Hedgehog is set to come out on November 18. Maybe. We’ll see.