Video Games Should Be Weirder 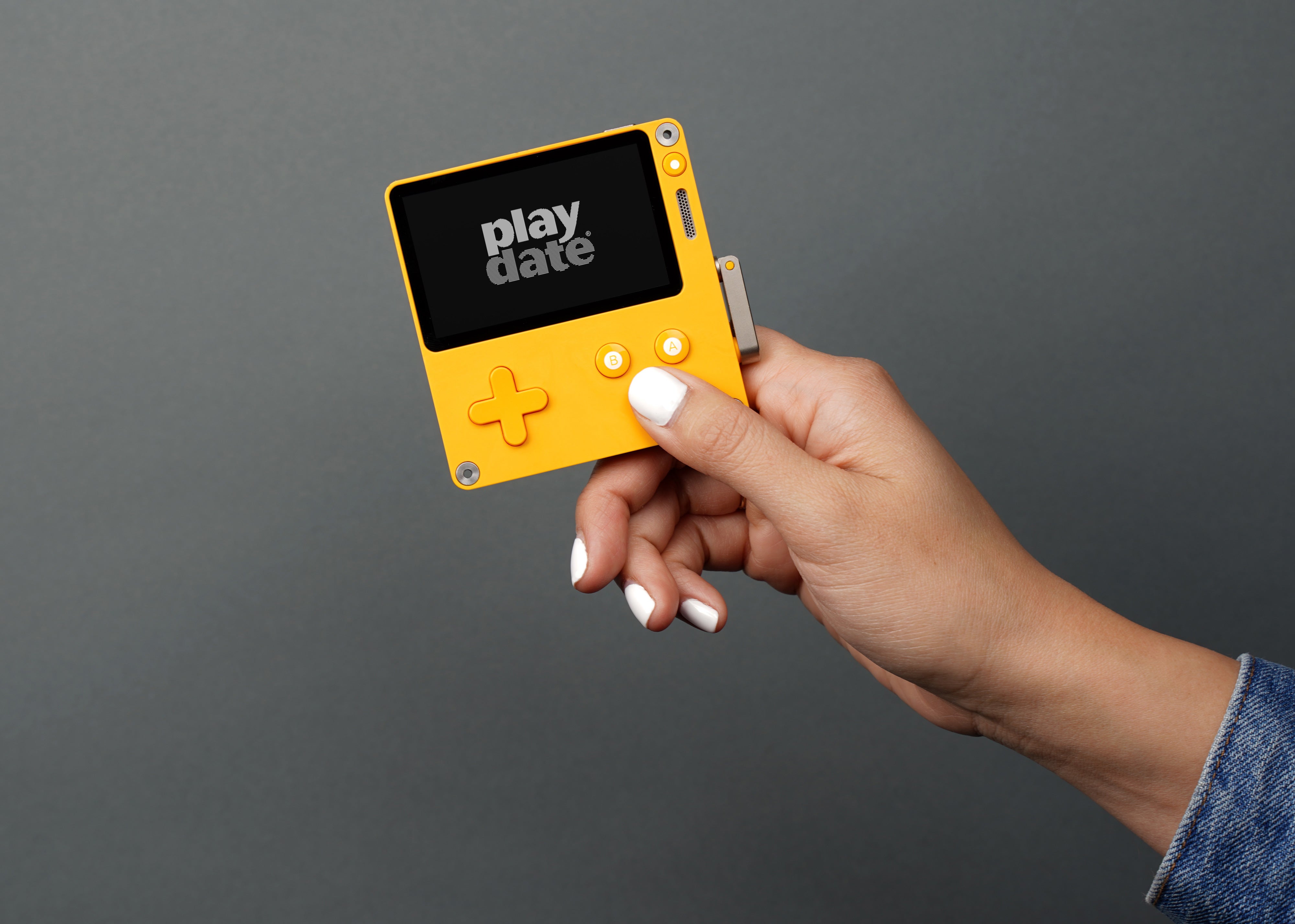 Photo: Playdate, Panic
To sign up for our daily newsletter covering the latest news, features and reviews, head HERE. For a running feed of all our stories, follow us on Twitter HERE. Or you can bookmark the Kotaku Australia homepage to visit whenever you need a news fix.

I’ve been thinking a lot about yesterday’s surprise announcement of Playdate, the new handheld games experiment from Firewatch publisher Panic. More than anything, it’s weird: A small, single-purpose handheld with a set 12-week program of mystery games is the sort of thing that demands your attention. And yes, it has a crank.

It’s a slickly marketed way to watch what happens when clever people spitball for a few years and don’t think too much about trying to sell their jam sessions, and it begs the question: Why aren’t games weirder? And who gets the luxury of being weird in the video game industry?

Playdate is strange, and it’s strange because games—at least games at their biggest, most monolithic—are not. Why should they be? The modern big-budget video game publisher has the behaviour of the average video game player down to a science. They know people will spend money on FIFA Ultimate Team, or Fortnite Battlepasses.

They know where every kill on a Call of Duty map happens, and how much each Destiny gun is used. They know the route every player takes to an objective in Ghost Recon: Wildlands—and they show you that they know, via an in-game heat map you can use.

You’re not a mystery to the modern video game publisher. You’re data. There’s a plan in place for you, one that’s gone off pretty well, barring the occasional microtransaction controversy. And the games sell.

In this environment, we’re starved for the strange and unusual. It’s part of why Nintendo is easy to hold in such high regard. Consider its last decade of ideas: a modular console with a configuration for every form of play. A cardboard playset for building your own peripherals and learning how to program.

A handheld console that pitched the idea of glasses-free 3D. A home console controlled with something that looks like a TV remote.

These are all things no one asked for. They’re also not all winners, or wholly successful in everything they set out to do. Sure, the Wii U flopped, but the 3DS did not—even though its central innovation did not take at all. The strangeness was thrilling. One of the biggest names in video games is still interested in giving us new ways to play, even if they don’t pan out.

Doing weird things is risky, and the entire entertainment industry is increasingly risk-averse, from movies and TV to books and video games. Safe bets are the name of the game, where risk is best shouldered by individuals instead of corporations.

Moves made by companies like Sony and Microsoft that are billed as innovations—streaming video games, built-in share functionality, cloud services—just fold existing, popular business models into one place as the companies stretch into other sectors of entertainment and technology. Stadia, Google’s crack at a revolutionary console-less future, isn’t so much a shocking new idea as it is a desired terminus for a bunch of existing ones.

The risk of being weird, then, often falls to independent creators who shoulder risk on their own. In order to find truly novel work, you have to look at people who haven’t been included in the mainstream for some time. Queer artists and game designers of colour are developing afro-futurist RPGs and games about giant robot fights as romance, giving us looks at uncanny worlds and futures that are a departure from the familiar.

They’re strange, and that’s what makes them good. They’re not safe.

That’s what makes Playdate so appealing. It doesn’t really make sense. As pitched, it’s more play than game—more an impromptu street performance than a proper album, or even a concert. It feels new, a way to import the faux ephemera of the Instagrammable pop-up museum to games, marrying it with the trendy kitsch of Tamagotchi. Most game consoles aren’t designed to pop, to be seen, but Playdate is.

And Playdate is getting lauded for it. We like the idea lots, and so do plenty of others.

It’s “quirky,” it’s “adorable,” and more importantly—it has cred. Panic is a newcomer in the industry, but it published Firewatch, which cleared a certain taste threshold. But I wonder how novel Playdate can really be: While there’s a crack team of designers that have worked on the console, it’s not terribly diverse.

The lineup for Playdate’s first “season” of 12 games and the people who made them are meant to be a surprise, but the roster of exciting creators released to tease us is pretty white, and exclusively male. And while the presence of odd-game maestro Keita Takahashi has me crossing my fingers that the rest of the roster will balance that out, that’s a shame.