Gif: Todir/ Crychton, <a href="https://youtu.be/LLxSXpA3rnw">YouTube/Warframe</a>
To sign up for our daily newsletter covering the latest news, features and reviews, head HERE. For a running feed of all our stories, follow us on Twitter HERE. Or you can bookmark the Kotaku Australia homepage to visit whenever you need a news fix.

Warframe is an online game all about cool cyborg-ninjas, acrobatics, and weird aliens. However, something new was added in a recent update: Space Roombas. These small little cleaning-bots have quickly become beloved by the community, with players spending in-game currency on them and figuring out ways to create more of the little robots.

The new space Roombas, actually known as Domesitk Drones, were first seen in the Corpus Gas City. They are small robots who move around the area, cleaning it up. So yes, they are literally space Roombas. In the Jovian Concord, a recent large update to the game, these little robots became purchasable and players could buy a few and have them roam around their personal ship.

They haven’t been in the game for long, with the Jovian Concord update going live only just earlier this week, but Warframe players seem to have quickly fallen in love with the Roombas. Across Reddit and Twitter, players have been sharing photos of their drones and even creating artwork featuring the drones.

THE WARFRAME ROOMBAS DO HAPPY FACES
I LOVE THEM!? pic.twitter.com/gffmhxpw6Z

Players discovered that the drones also have cute and simple holographic faces, letting them smile as they work. One player posted on Twitter after seeing their drone smile that they now love them.

And this player isn’t alone. Others have shared the cute faces featured on the drones, with one Reddit user commenting “I will buy a few of your brothers also,” after seeing a close-up of the cute little Roomba. Who can blame them? I don’t really play Warframe much and I want one of these things.

As is the way with most things players love, they quickly found a way to get more of what they wanted and abused it. Warframe players discovered that if you preview the drone before buying it, the little thing spawns inside your ship.

This allows players to see it before buying it. But if you keep doing this, you can fill your ship up with a few dozen Domestik drones. Or MANY more. 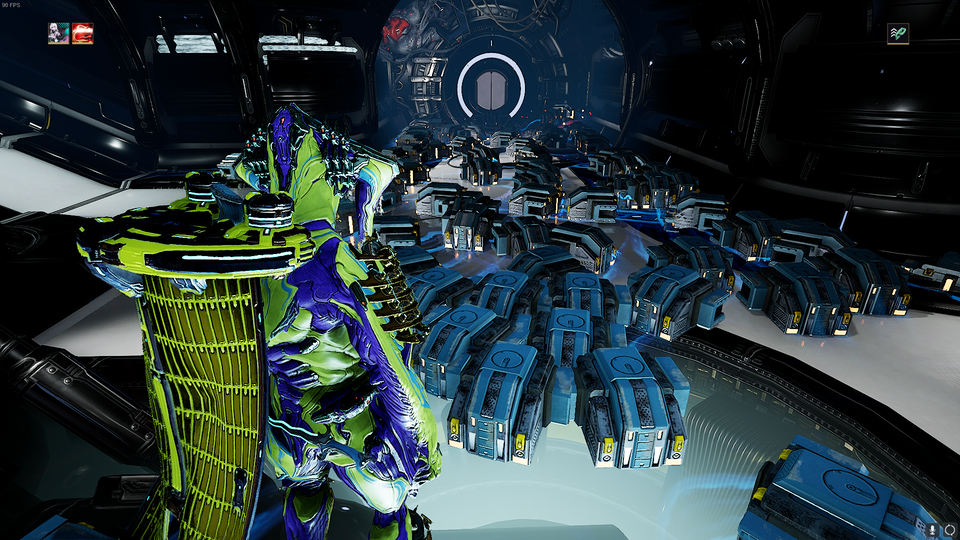 It’s like a herd of metal puppies and kittens. One thing to note is that each of these drones makes vacuums noises, which means the more you add the more annoying they all become. They sound like a giant herd of strange bees.

If you want a humming drone of your very own, a single drone costs 100 Platinum. That will set you back about $US10 ($14). Is it worth it? That depends on a few different things.

First off, how cute do you find these Roombas? Secondly, how much spare Platinum do you have lying around. Finally, how serious are you about getting clean? Ultimately, I can’t tell you what to do with your money. But I know what I would do if I had some spare Platinum. (I would buy two. I don’t want one to be lonely.)