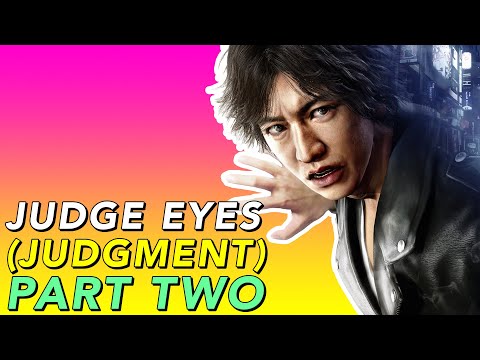 Judgment, the new game by the creators of the Yakuza series, came out in Japan on December 18 last year. On June 25, the English version of the game will swoop in with its subtitles and optional English voiceover.

So I have only one more month to impress you, dear viewer, with my skill at translating Japanese legalese and tough-guy slang into English on the fly as I play. Please enjoy this relaxing and perhaps educational video archive of my completion of the first chapter of the game.


Earlier this year, I played the first half of chapter one for a different video. After posting that video, I went on to play through the whole game in my free time.

For this video, I went back to the save file I’d preserved after making my last video. Time-travelling to the back half of chapter one was a wild ride.

I entered this exercise afraid of accidentally speaking spoilers about plot points that come much later in the game. I’m pleased to report that I made no such slip-ups. 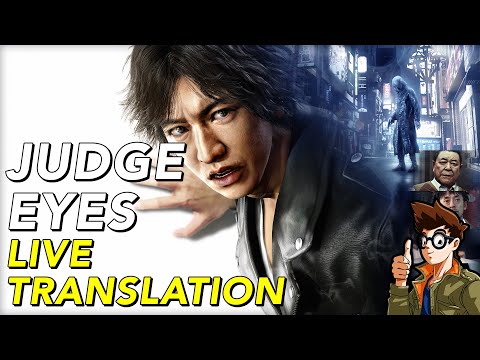 We Translate The Yakuza Creators' New Game As We Play It

Judge Eyes, the newest game set in Sega’s Yakuza universe, releases in English later this year under the title Judgment, and it’s going to include an optional English dub. If you are dying of impatience and would love to watch me live-translate a three-hour chunk of the game right the heck now, I have you covered.

My previous video was three hours long. So is this one. If we put three and three together, we get six: Chapter one of this game’s 13 chapters is six hours. I spent a lot of time playing this game.

Judgment was one of the more joyfully painless games I have ever played. As I say at one point in this video, I “binge-played” it. I can think of games I played through in wild, long sessions, though I can’t think of one that was as forward-locomotively time-swallowing as this one.

I’ve compared this game to Law & Order before, and today I double down on that comparison: For who among us has watched just one episode of Law & Order? Law & Order is the potato chips of television programs: No one can eat (watch) just one (episode).

And so Judgment is the Pringles of video games: Once you pop, you can’t stop. If it weren’t for my badly needing to use the bathroom as chapter one wound down, I would have never thought to check the clock on my recording. That three hours went down like a can of something cold on a hot day.

Once again, Judgment comes out on June 25. I’ll also be seeing if I can get into any trouble with the game’s developers at E3 in a couple of weeks.