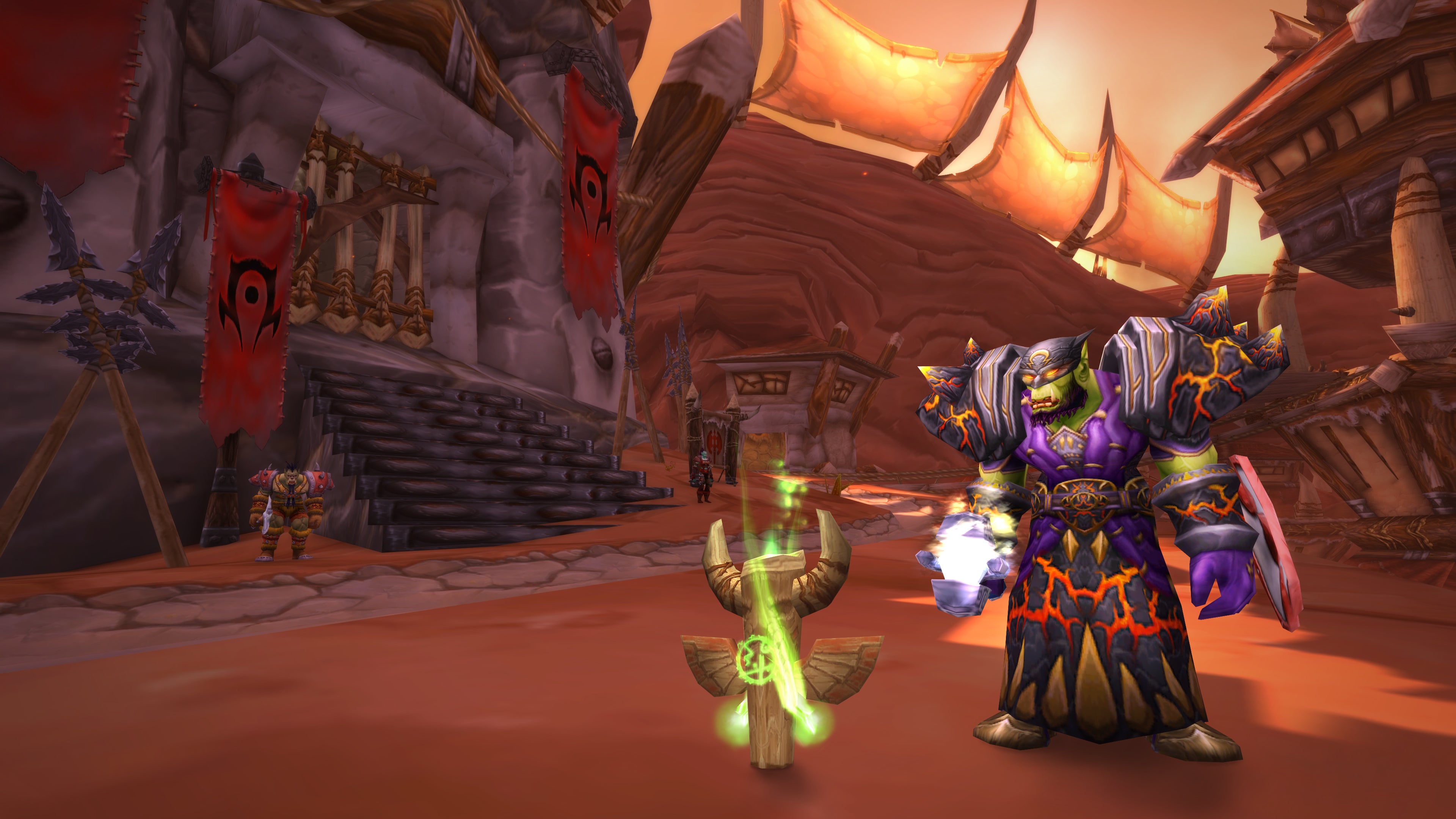 World Of Warcraft is an old game that has changed a lot since it was first launched back in 2004. Many players might have forgotten just how the game worked back then and as a result, players with access to the new classic version of the game are reporting old features as bugs.

World of Warcraft Classic is currently in beta, which means some players are getting a chance to experience a much older version of the MMO ahead of its release. WoW Classic is based on how WoW played in August 2006, back around update 1.12. Back then, things were different. Tauren hitboxes were much larger, sitting could cause certain combat effects to not trigger and completed quests were marked with dots and not question marks. Strange days.

These differences and classic features are causing some confusion among beta testers, who are submitting bug reports based on features that are working as intended. For example, creature spawn rates are much lower and slower in this version of the game. That’s not a bug, that’s just old World of Warcraft.

In response to these false bug reports, Blizzard has released a “not-a-bug list.” This list contains about dozen different things that aren’t broken or wrong, but working exactly how Blizzard wants them too.

There is an actual bug list of real problems, but that is very different than the list below. 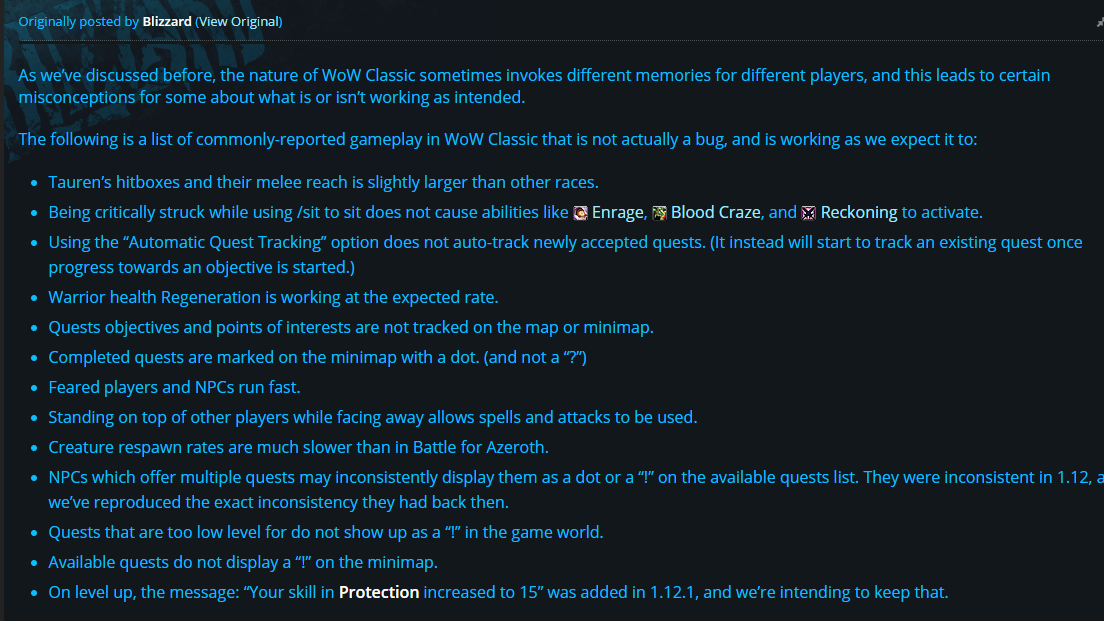 It seems Blizzard feels some players have incorrect memories of how WoW used to work and made this list to help gently remind players that World of Warcraft was a much different game back in the day.

One player said in a comment posted in response to the list, “Yeah people don’t realise the sheer enormity of game system evolution WoW has gone through since release.

I’m not the biggest fan of BoA by any stretch, but I’ve played since closed beta vanilla, and I doubt I’ll be going back to classic. Levelling was painful. Experiencing these old systems once was enough.”