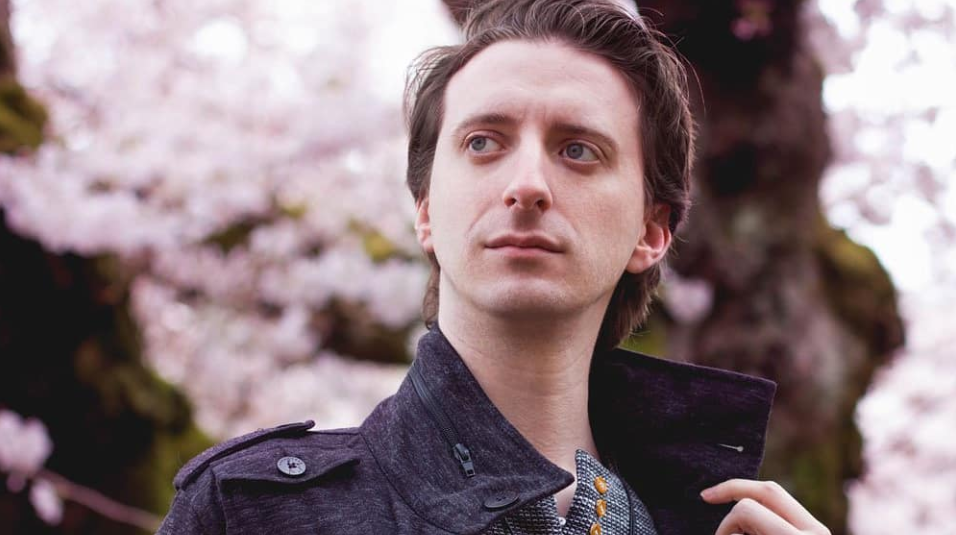 Jared “ProJared” Knabenbauer, a gaming YouTuber who had over a million subscribers before today’s events, has been accused of sending nudes to and soliciting nudes from fans, two of whom says they were underage at the time of the solicitation. The allegations were first published last night by his wife, artist and cosplayer Heidi O’Ferrall, who is also accusing him of having cheated on her.

Knabenbauer has long been an installation in the gaming YouTube world, where he posts Let’s Plays and gaming reviews, and most notably, his “One Minute Reviews” series. Knabenbauer first started climbing the ranks of YouTube fame around 2013 and, since then, he has collaborated with other YouTube superstars like Jonathan “JonTron” Jafari, the Game Grumps, and even D&D publisher Wizards of the Coast.

Last night on Twitter, Knabenbauer announced his upcoming divorce from O’Ferrall. Shortly afterward, she published a series of tweets alleging adultery. In those tweets, O’Ferrall wrote that her husband “has been soliciting nudes from his fans for years… I was there. In the beginning, it was a joke on tumblr. Then it was its own tumblr account just for nudes. It was ostensibly a body-positive space for consenting adults, and I approved on that basis.”

It kept escalating secretly. He started a Snapchat, for getting nudes from fans, without telling me. I found out via a fan comment. I felt pressured to allow it even though I was uncomfortable.
Anytime I gave him an inch, he took a mile.

Knabenbauer has been open about having received lewd images from fans on his Tumblr. However, some of those fans are now expressing regret about how the photo exchanges occurred and pointing out the imbalanced power dynamics between fan and celebrity.

Earlier this year, Kotaku reported on the easily-exploitable power imbalances between top Twitch and YouTube personalities and their fans. In the cases described in that story, fans detailed how surprised they felt when these micro-celebrities began showing them attention on social media and how they felt conflicted about the sudden boundary-crossing of sexual solicitations.

If all parties are of age, it is not illegal or even necessarily inappropriate for a famous YouTuber to trade nudes with fans, but these situations can involve a power imbalance that places pressure on the fan. O’Ferrall described this particular situation as an “abuse of power” on the part of her husband.

“I used to think that among consenting adults, it was fine,” she said. “Now I see it as an abuse of power for him to intentionally manipulate anyone to show him their naked body on the basis that he’s a popular internet man. I would like to apologise for my role in enabling this.” (In the past, when a fan asked O’Ferrall whether receiving the nudes bothered her, she had said, “No, he shows them to me and we high five about it.”)

Kotaku has reached out to five of Knabenbauer’s fans who said they participated in exchanging nude photos. Three did not return requests for comment and one declined to speak with press. The fifth fan, Danielle Shafran, told Kotaku that she followed Knabenbauer’s Tumblr and added him on Snapchat when she was 21. “It was kind of weird. I was trying to play it cool, but him being a ‘famous YouTuber’ was definitely a major reason why I was even messaging him.”

After he asked her age, she says, he sent several nude pictures. “I didn’t expect him to send full nudes, though. Him being a public figure, and all, I did not think he would do that.” Shafran deleted Knabenbauer from her Snapchat after just a week, she says. She doesn’t feel extremely victimized; just “pretty gross,” she says, adding that she didn’t know he had a wife.

On Twitter, several fans have detailed their communications with the YouTube star, which supposedly unfolded on Snapchat and Tumblr. One fan, who goes by Chai, said that Knabenbauer “sexually manipulated” him when he was 16. “We spoke sexually,” Chai said in a tweet.

“He sent me pictures of him in cosplay with his dick very visible. He told me details about his sexual life and fantasies. Eventually, he sent me a dick pick. . . We didn’t speak every day, but most. I sent him many actual, real nudes.” One other former fan says they shared intimate words and pictures with Knabenbauer when they were about the same age as Chai. In a direct message, that fan elaborated:

“I think he took advantage of the fact that he was a big YouTuber and had a lot of young, impressionable fans. a lot of those fans would have done aaaanything to get attention from him.”

ProJared sexually manipulated me via Tumblr when I was 16. I believe Heidi, and I believe every other victim.
Feel free to RT, to spread awareness of his actions. I won't be answering any questions. Not today. pic.twitter.com/gEbHeWAt9T

O’Ferrall and Knabenbauer did not respond to Kotaku’s request for comment. Knabenbauer’s initial statement on Twitter announcing his divorce from O’Ferrall, in part, appears to have been spurred by his alleged sexual relationship with Twitch star Holly Conrad.

On Twitter, Conrad said of the allegations, “If it’s worth anything, you all know me. I’d never hurt anyone and I only want the best and happiness for those around me.”

Knabenbauer’s statement read: “I know this may come as surprising and upsetting for many of you, but know that we do this so that we may both seek happiness for ourselves. During this time you may see a lot of rumours, speculation and gossip going around. I ask that you make your own observations and come to your own conclusions.”

He did not address the conversations around him supposedly sending nudes to fans, nor the allegation that he sent nudes to a 16-year-old fan.

In response to the controversy, thousands of fans have unsubscribed from his YouTube channel. On his Reddit page, a moderator erased the description and replaced it with the words “jared cheated on his wife.” Former fans are peppering the subreddit with sympathetic messages for O’Ferrall and others who felt mistreated by Knabenbauer.

[Correction, Update]: An earlier version of this story implied that O’Ferrall’s tweets came before Knabenbauer’s statement. In fact, hers came about a half hour later. We regret the error. This story has also been updated to include allegations by another former fan who says they were underage at the time of their conversations with Knabenbauer.