10 Anime To Watch If You Liked Neon Genesis Evangelion

So you just finished watching Evangelion on Netflix, and you’re wondering where to go from here. I have a few suggestions.

Although Neon Genesis Evangelion is considered a classic among anime fans, a lot of people are seeing it for the very first time thanks to its availability on Netflix.

If you’re one of those people and are looking for similar shows, you’re in luck — this show was so foundational that you can see its DNA in many series that came after it. But it also depends on what you liked about Evangelion, and what you want from the next show you watch.

For the sake of convenience, I’m mostly only including series that you can currently stream legally. However there are three series on this list that, while not available to stream in Australia, are definitely worth a look if you can track the DVDs down.

Teens Having A Bad Time

Maybe you’re like me and like watching shows where horrible things happen to children. Anime has no shortage of shows where interesting characters are pushed to their limits for the sake of survival. 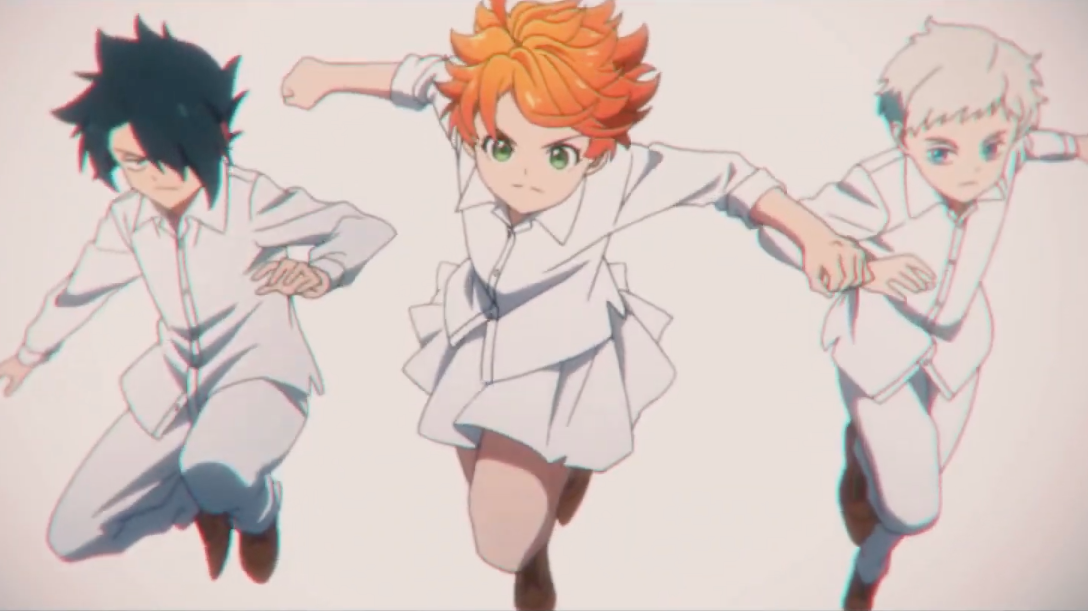 This show hooked me in from the first episode. Emma, Norman and Ray are three child prodigies who live at an orphanage. They live what seems to be an idyllic life, surrounded by other kids and their loving caretaker, called Mum, until they are shipped off to their foster families sometime before they turn 12.

Unfortunately for them, they learn that their entire lives are a lie. They don’t get shipped off to foster families — they’re in a farm and are being sold as food to terrifying monsters.

Available to stream on AnimeLab and Crunchyroll.

From The New World

Like The Promised Neverland, From The New World is about absurdly powerful teens — in this case, they’re developing psychics in a world where psychic powers are commonplace. Taking place on Earth in the far future, they seem to live in a peaceful agrarian society that’s sometimes plagued by giant-naked-molerat attacks.

This series teases out its backstory in bits and pieces so that each shocking revelation about how our world turned into the one in the series is something you learn alongside the characters. What’s central to this series is that your parents lie to you, and even as they hurt or even betray you, they’ll tell you it’s because they want to keep you safe.

Available to stream on HIDIVE and Crunchyroll.

Evangelion was so impactful because it tried to buck preconceived notions of its genre. If you’re interested in the same metatextual analysis, you’ll probably be watching something tonally much different but equally stimulating. 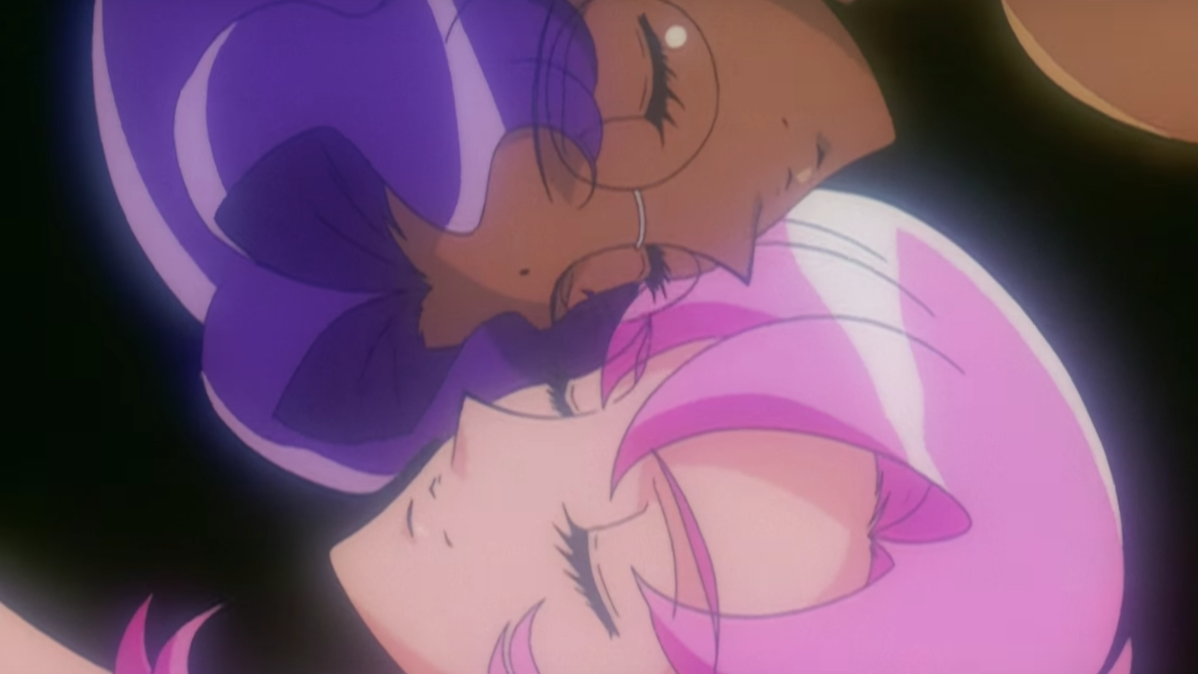 Revolutionary Girl Utena What Evangelion does for mech anime Utena does for magical girl anime. Taking place in the mysterious Ohtori Academy, this show is about the titular Utena, a girl who wants to grow up to be a prince.

After rushing to the defence of Anthy, a fellow student who is being abused by what appears to be her boyfriend, she gets wrapped up in the drama of the Student Council, who also are part of a duelling club that takes orders from The End of the World.

Although Utena has its share of gag episodes, it digs into the tropes of the portrayal of women in anime and shows a way to escape them. 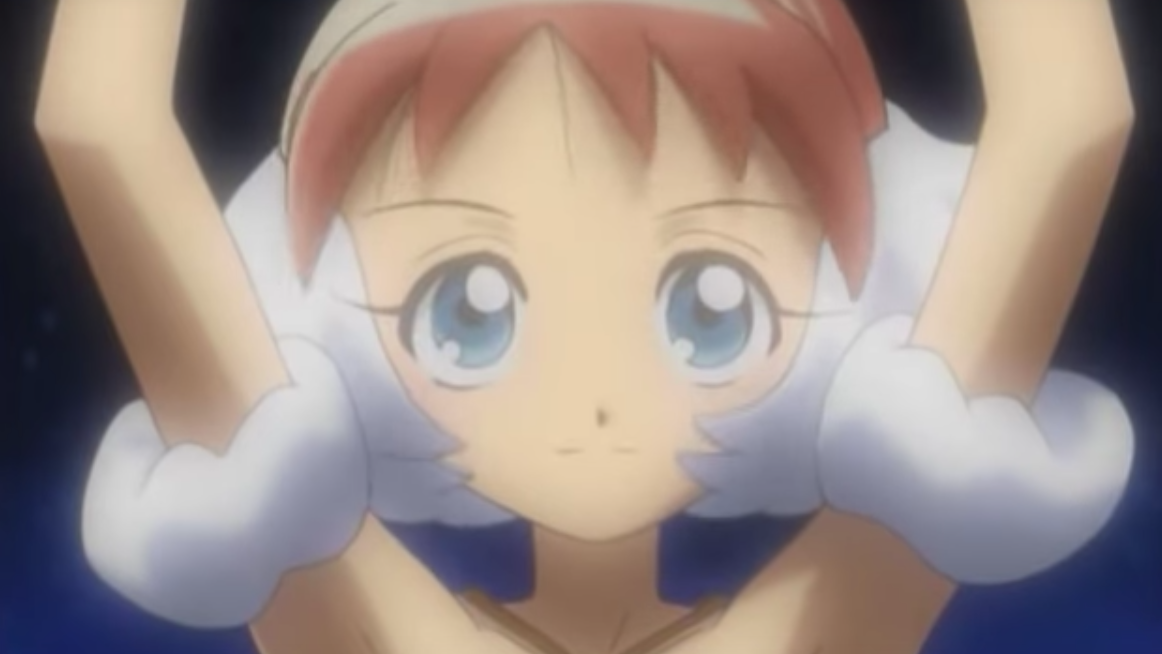 This series is on the list mostly in case children in peril isn’t a huge thing you’re into. While the characters of Princess Tutu aren’t exactly having a great time, the spectre of their impending death isn’t hanging over their heads as acutely as in the other shows on this list.

Princess Tutu is about Ahiru, a clumsy student at a ballet academy who has a crush on the talented Mythos. Little does Ahiru know she’s actually a duck pretending to be human, and also Princess Tutu, Mythos’s saviour. As Ahiru untangles the mysteries of her world, the series takes aim at the unfairness of fairy tales.

Available to stream on HIDIVE.

There is a lot of blood in Evangelion. These weird shows also take their imagery to the extreme. 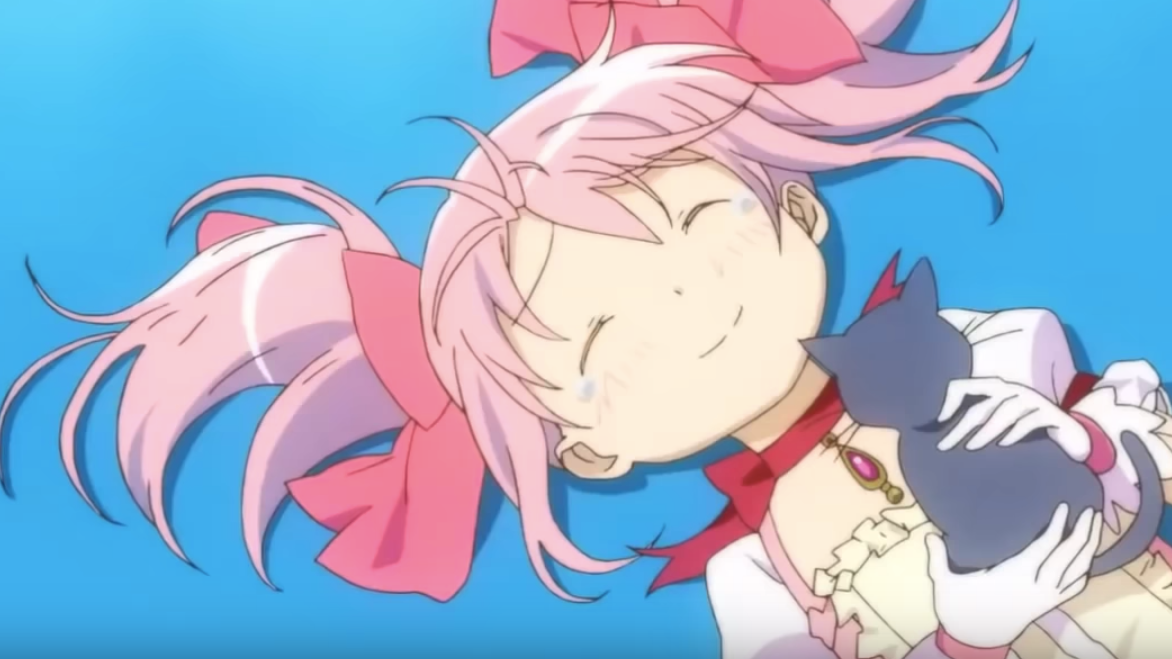 This show could easily fit as an example of bad things happening to children and metatextual narratives, but to me what sets Madoka apart is how frank it is in its depiction of violence.

Madoka is a plucky young girl that has the chance to make a pact with the cute alien creature Kyubey to become a magical girl and fight witches. Things go poorly.

This show uses experimental animation to portray the witches themselves, adding to the often shocking imagery of young girls committing very graphic acts of violence and having it enacted on them as well.

Available to stream on AnimeLab. 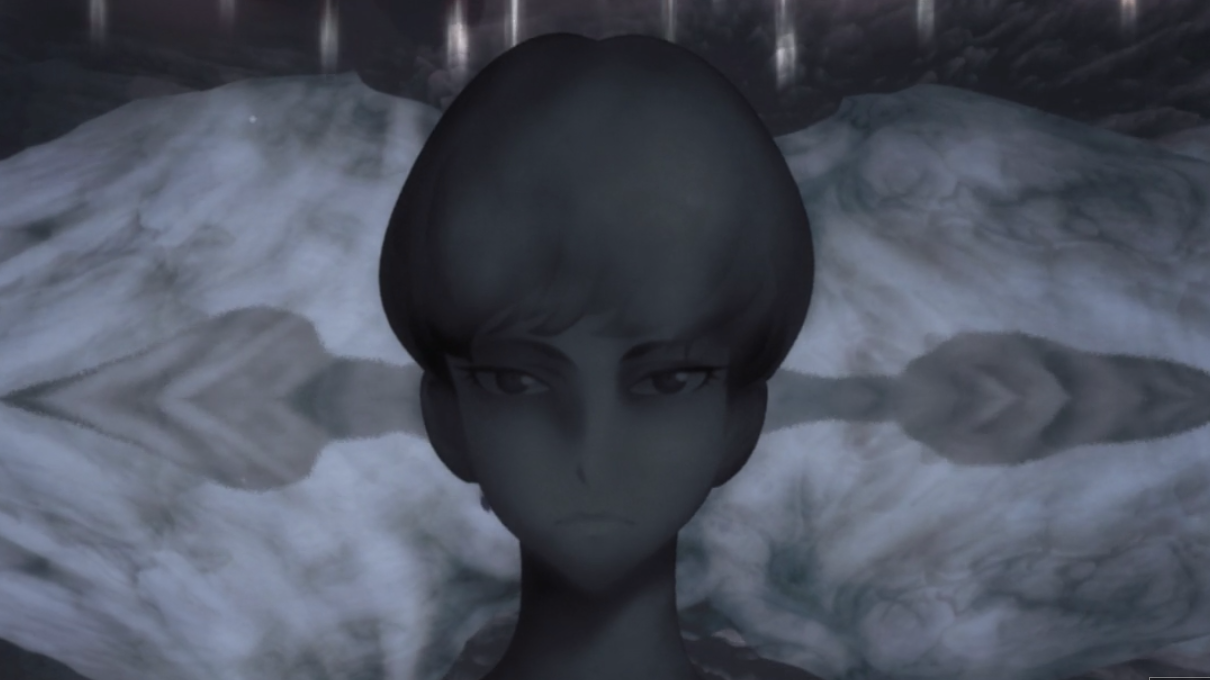 Masaaki Yuasa’s take on the classic Devilman series is weird, sexual and very bloody. Extremely normal high school student Akira is told by his best friend and child prodigy Ryo that demons are coming back to Earth. After a demon unsuccessfully tries to possess him, Akira gains his powers and is able to turn into Devilman.

The show’s exaggerated animation style and wild colour palette underscore the emotional angst and violence of the show. It’s a hard world, Devilman Crybaby says, and you should hold onto those you love before they’re ripped away from you.

Available to stream on Netflix.

Eva’s reputation for weirdness precedes it. The show’s plot ends up less straightforward than you might expect. If you want more of what you saw by the series’ end, I’ve got you covered. 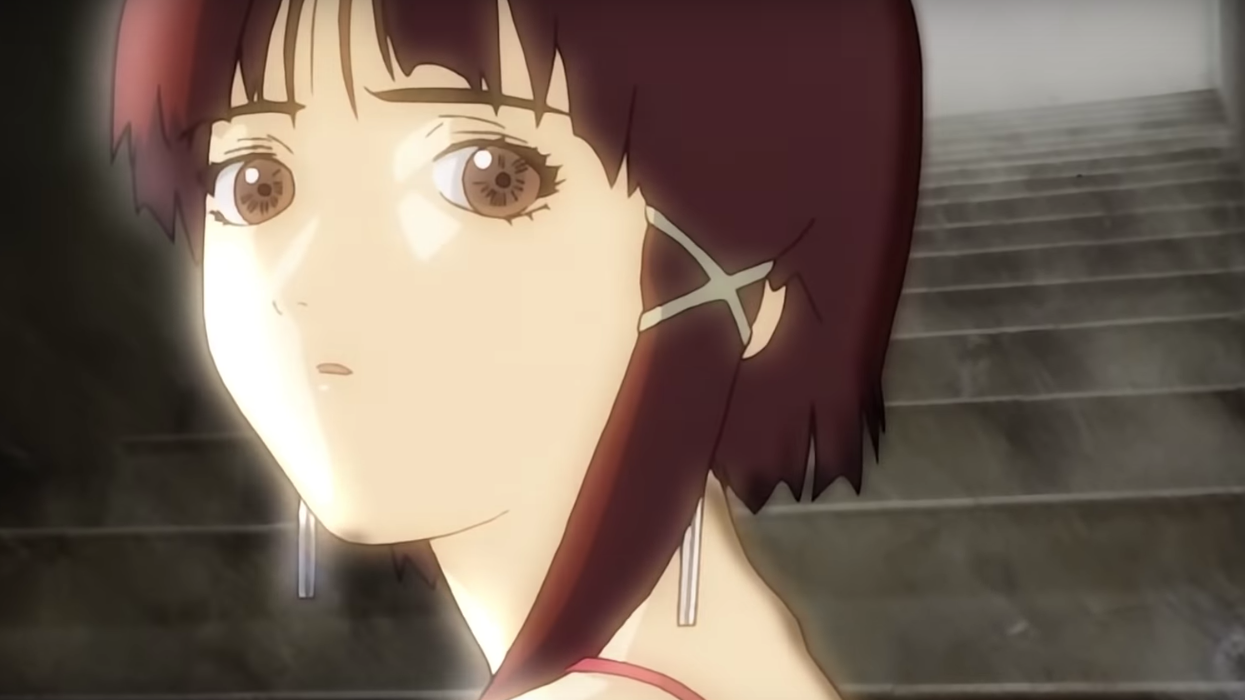 Even describing Lain is a challenge. About a young girl named Lain who gets captivated by the internet, this show interrogates the nature of reality, identity and communication through its 13 trippy episodes.

While there is an internal logic underpinning this show, it can be hard to tease out, which makes it as endlessly fun to talk about with friends as the final two episodes of Evangelion. 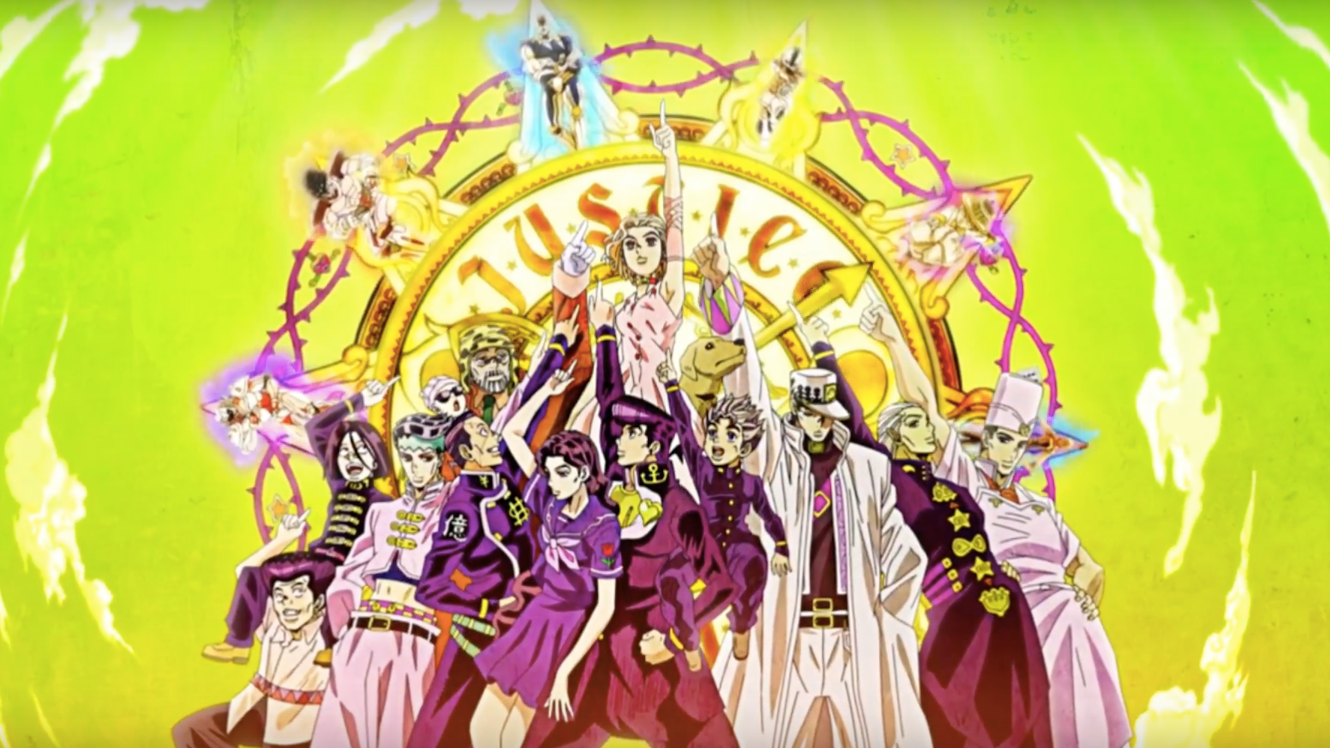 This show is less weird in the sense of being mentally challenging and more weird in the same way that Shonda Rhymes shows are. I once watched a random episode of Scandal which started with a car exploding in the pre-credits sequence. That’s where the tensions started, and there was seemingly no ceiling.

JoJo has that same sense of constantly rising tension, where the series’ creator Hirohiko Araki keeps challenging himself to top his own outlandish plots. Come for the Fist of the North Star pastiche with vampires, stay for the psychic teens solving a murder mystery.

Available to stream on AnimeLab and Crunchyroll.

OK, Evangelion aren’t technically mechs, but I get it. You want more giant robots punching things. 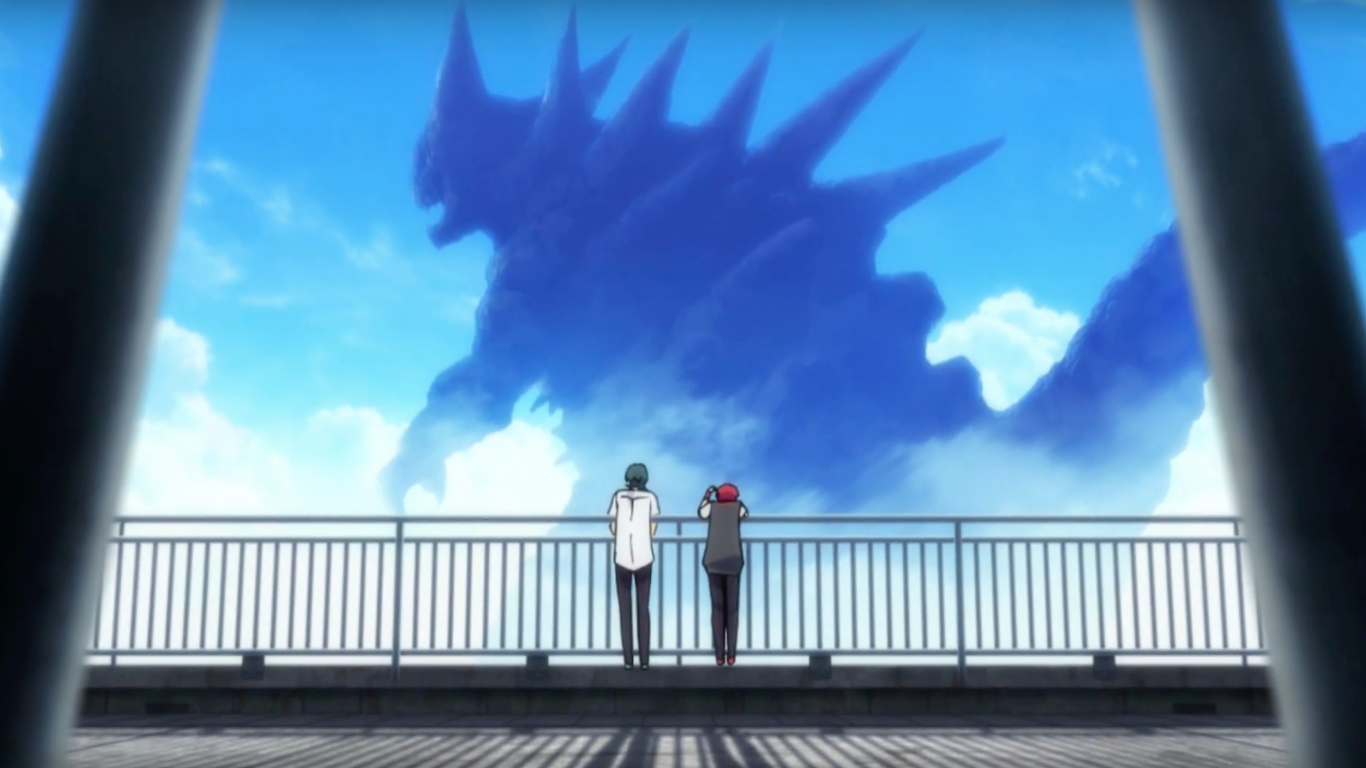 A revival of a giant mech show from the early ’90s, Gridman takes the series in a bold new direction.

Incorporating elements from the original show and its American dub, which was renamed Superhuman Samurai Syber-Squad, SSSS.Gridman is about a group of plucky teens who start seeing giant monsters in their neighbourhood, though no one else does.

After being sucked into a computer in his friend’s junk shop, Yuta becomes Gridman, a giant mech that can fight these monsters. Of course, all is not as it seems, especially considering that after they defeat the monster, no one in town seems to remember the battle.

Available to stream on Crunchyroll. 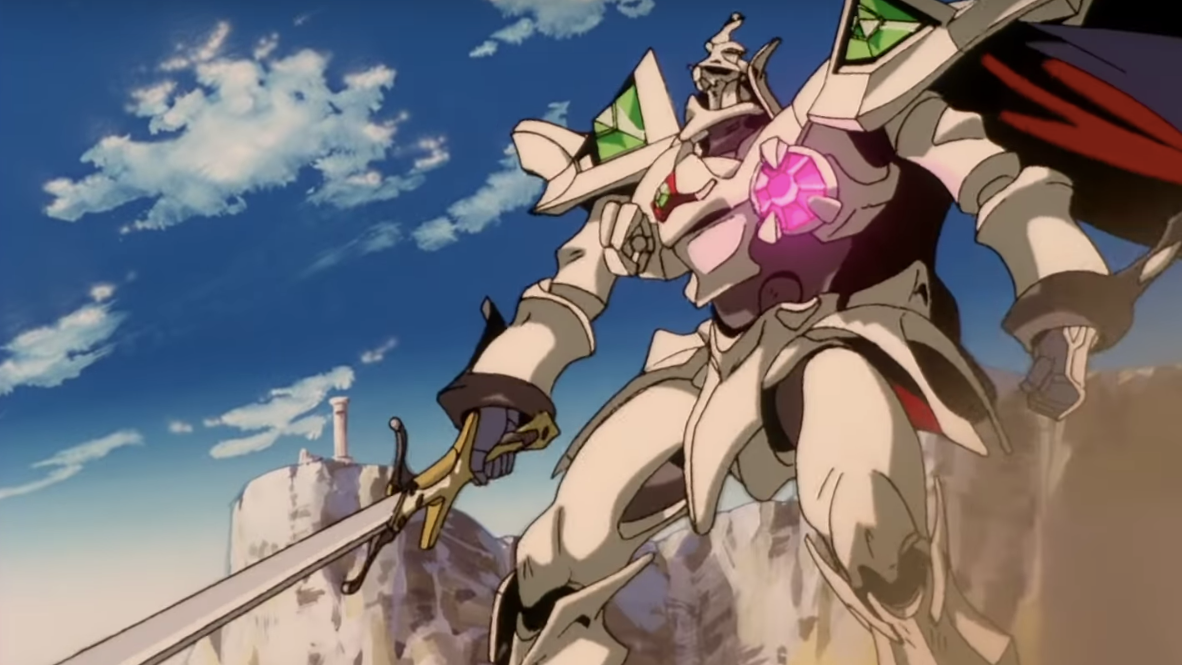 The Vision of Escaflowne

This one is a bit of a weird choice, but just as Eva challenges viewers to think about mechs differently, Escaflowne takes an entirely different approach to the genre.

Instead of taking place on an Earth overrun by monsters, Escaflowne takes place on the fantasy world of Gaea, which is in the midst of a war against the Zaibach Empire. The show centres around Hitomi, a Japanese schoolgirl who has been transported to Gaea, and her romantic entanglements with the brash Van Fanel and the charismatic Allen Schezar.

This show might seem like a huge departure from Eva given its focus on romance, but Hitomi’s fate is also somehow tied to the titular Escaflowne, the giant medieval mech that Van pilots.