Though anime fans are overjoyed that Neon Genesis Evangelion has hit Netflix, making the series available to watch legally for the first time since 2011, the translation has frustrated some fans. The issues with the series’ translation seem to coalesce on one already divisive character: Kaworu Nagisa.

Kaworu Nagisa is a teenage mech pilot who only appears in one episode of Evangelion. Shinji Ikari is a meek mech pilot who struggles with the role of being a child soldier. Evangelion takes the basic premise of a lot of giant mech shows very seriously.

Instead of being overjoyed that his dad built him a giant robot to battle inhuman abominations in, Shinji is terrified, overwhelmed, and basically always having a mental breakdown. Although he tries to connect to people, he withdraws further and further inward throughout the series, retreating into a deep depression. Then he meets Kaworu Nagisa.

Kaworu is slated to be the latest Eva pilot, and he and Shinji form an intimate bond. In an episode just before the end of the series, Kaworu connects with Shinji when he’s shut just about everyone else out.

After Shinji and Kaworu practice in their giant mechs, where Kaworu demonstrates inhuman ability at piloting, he and Shinji head to a bathhouse where they talk about their feelings in the nude. Eventually, Kaworu starts talking about the nature of humanity, and the two share what’s in their hearts.

In the original version of the anime, Kaworu ends his speech with, “I’m saying I love you.”

In the version that’s now on Netflix, Kaworu says, “I’m saying I like you.” 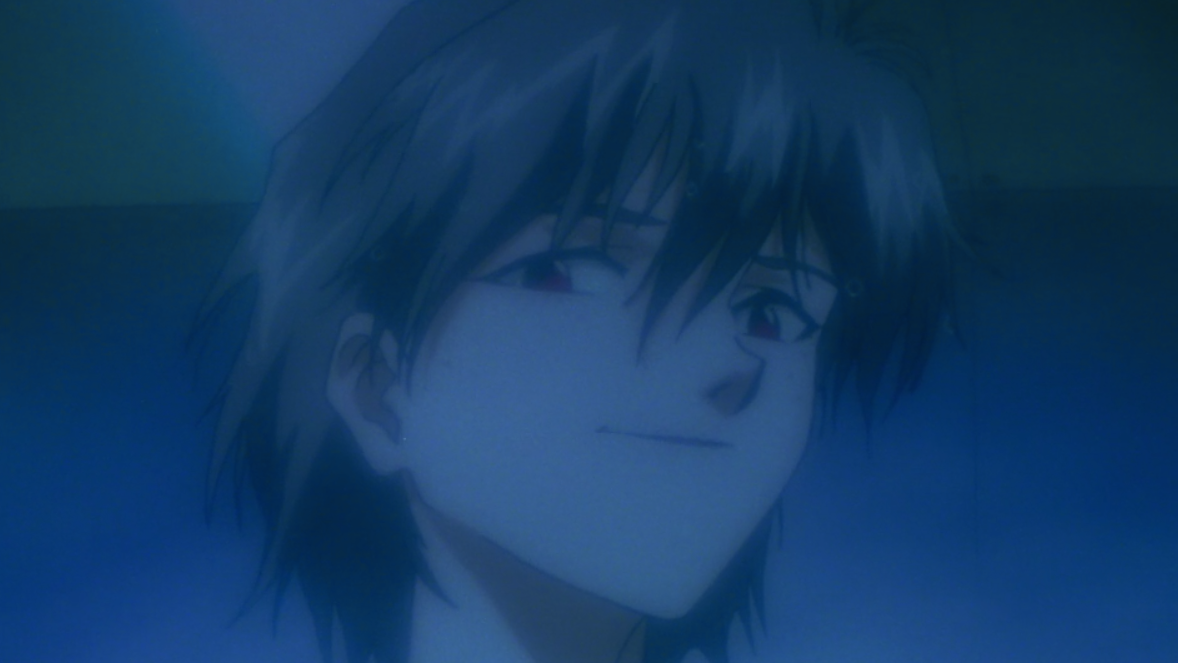 To figure out why this discrepancy exists, I asked Video Game Expert Tim Rogers to explain some Japanese to me. The issue lies with the word “suki,” which can be translated as both “like” and “love.”

“The word ‘daisuki,’ for example, is just the word ‘big’ plus the word ‘likable’ and generally it indicates a much stronger liking,” Tim continued. “You might say a type of food is ‘daisuki’ or a person is ‘daisuki.’ Though in the common pop-cultural vernacular of ‘kokuhaku’—that scene from an anime etc in which one character declares their love for another—it’s usually just the word ‘suki.’”

Rogers said that to him, the scene where Kaworu tells Shinji that he either likes or love him has the tone of a kokuhaku, or a confession of love. Kaworu and Shinji are alone in a dimly lit space, where they’re both naked and vulnerable. Kaworu looks away from Shinji as he talks about the pain that humans hold in their hearts, but he makes eye contact with Shinji as he says he likes him. In return, Shinji blushes.

Fans of Evangelion have lambasted this change to the translation as queer erasure. Personally, Kaworu didn’t make me realise I was queer, but trying to understand why I was so drawn to a character with such a small role did set me down that path.

Given how obviously gay the scene reads to my adult, fully out bisexual self, I have to agree with the criticisms. Changing the line to something that, at least on the surface, does not convey the intimacy of the scene makes this scene lose some of its emotional edge.

It has been almost 25 years since Neon Genesis Evangelion premiered in 1995. At this point, we can acknowledge that this scene is pretty homoerotic, right? 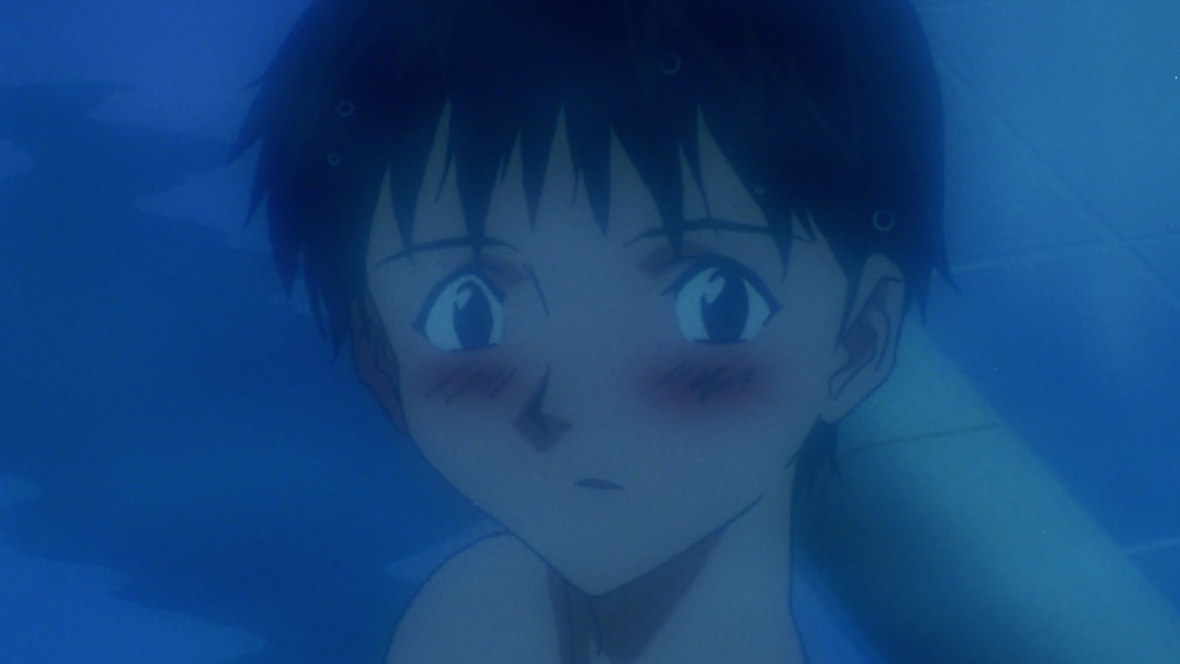 When the episode first aired, even with the translation of “I love you,” people still debated if Kaworu’s feelings for Shinji were romantic or not.

Shinji doesn’t seem to know how he feels about Kaworu, but he’s deeply emotionally affected by the fallout of this episode—things don’t end well, which isn’t a huge surprise given the series. It’s clear that Kaworu is important to Shinji. But is it as a friend, or as something more?

As I grow older, I find that trying to “solve” a piece of fiction, to figure out what is or isn’t a part of its canon, is something I’m less and less interested in.

The question of whether or not Kaworu and Shinji are canonically attracted to each other matters less to me than the emotionality of the scene itself. My personal reading of the scene is that it’s gay as hell. I can back that up with textual analysis, but for me, the intent of the scene’s authors is is less important than my experience of it as a viewer.

Even changed from “love” to “like,” the homoerotic subtext seems very clear to me. Even if obscures things a little, the translation can’t erase the way this scene stuck in my head in a pivotal moment of my journey through adolescence.

This is how queer fans have experienced media for decades, and it’s the origin of fandom and shipping. I’m used to seeing myself in the margins, teasing out queer subtext where it may not otherwise be obviously present.

I would prefer for these readings to be confirmed by the creators, but there’s also media made by and for queer people in which I can see myself more clearly.

Although the scene itself is ambiguous, and the translation technically accurate, I’m disappointed that the Netflix translation has Kaworu saying “I like you.” To me, there’s no ambiguity of the way Kaworu holds Shinji’s hand, or Shinji’s blush when these two young men meet each others’ eyes.