An RPG Where You Solve Puzzles By Bending Time

Cris Tales is a JRPG-inspired game that was announced on Tuesday during the E3 2019 PC Gaming Show. After spending some time with its free demo, I’m excited to see what’s next.

Coming to consoles and PC in 2020, Cris Tales stars a young girl named Crisbell, a resident of an orphanage who discovers she’s a Time Mage when she inadvertently opens the Crystals of Time. (Names and words starting with the sound “Cris” — Crisbell, Cristopher, the land of Crystallis — are somewhat gratingly prominent in the demo.)

This gives her the power to see and manipulate the past and future, a power she must use in order to save her town from supernatural forces. In the demo, you learn the game’s combat system and solve some basic time puzzles with the help of your guide Matias, an orange frog in a top hat.

The dialogue is a little awkward and clumsily voiced, but the art style makes up for it. It’s lushly coloured, with a 2D perspective that makes the characters and landscape feel pleasantly unreal.

Once you unlock your time powers, the screen is slashed into thirds, showing the past, present and future. It’s breathtaking to travel across a screen and watch things change — characters appear younger and older, buildings are under construction and then collapse, small sprouts turn into giant trees and flowers before decaying.

The puzzles you solve with your powers aren’t too taxing. Crisbell can command Matias to hop into the past or future to grab an item that isn’t ready in the present, or into the past to find a lost object before it went missing. The puzzles in the demo were basic and introductory, and I’m excited to see how they grow in complexity in the full game. 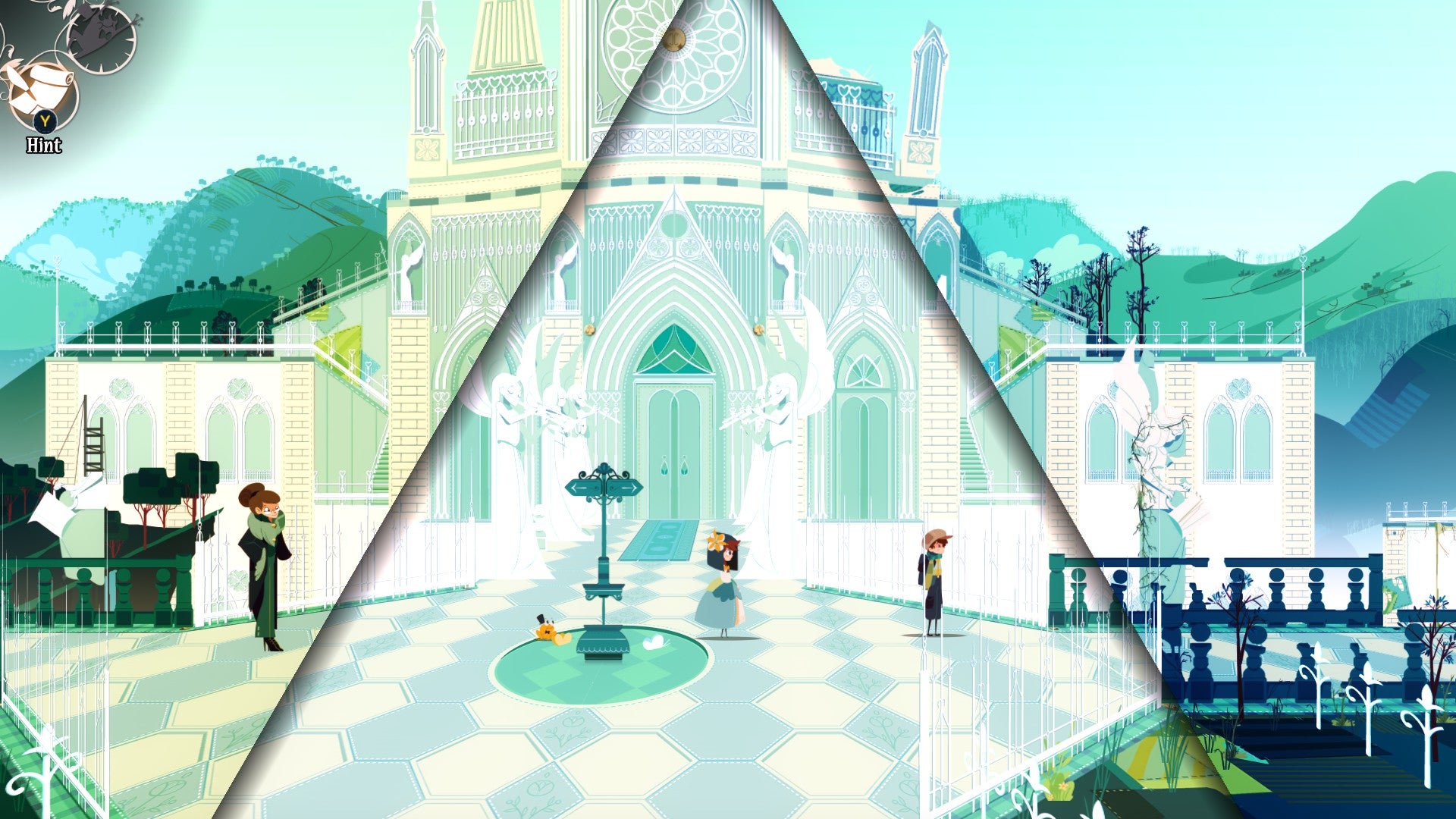 Time can also be manipulated during combat, which, at least in its early stages, is also fairly basic.

It’s turn-based, and Crisbell and her companion Cristopher can choose from basic sword attacks or powers, such as water or fire, or use an item to heal themselves or each other. You can press the attack button again to do a double hit if you time it right, or to defend yourself.

The fights I had felt a little like rote button-mashing, but the ability to shift time mixed them up somewhat.

In one fight, I sent an enemy goblin into the past, where they appeared younger and weaker than in the present. It felt a little awkward to fight what was basically a demonic kid, but it got the job done.

In another fight, I shifted an enemy into the past to sabotage their weapon using Cristopher’s skills before bringing them back to the present to reap the rewards. It wasn’t too hard, but the art and the clever use of powers made it charming. 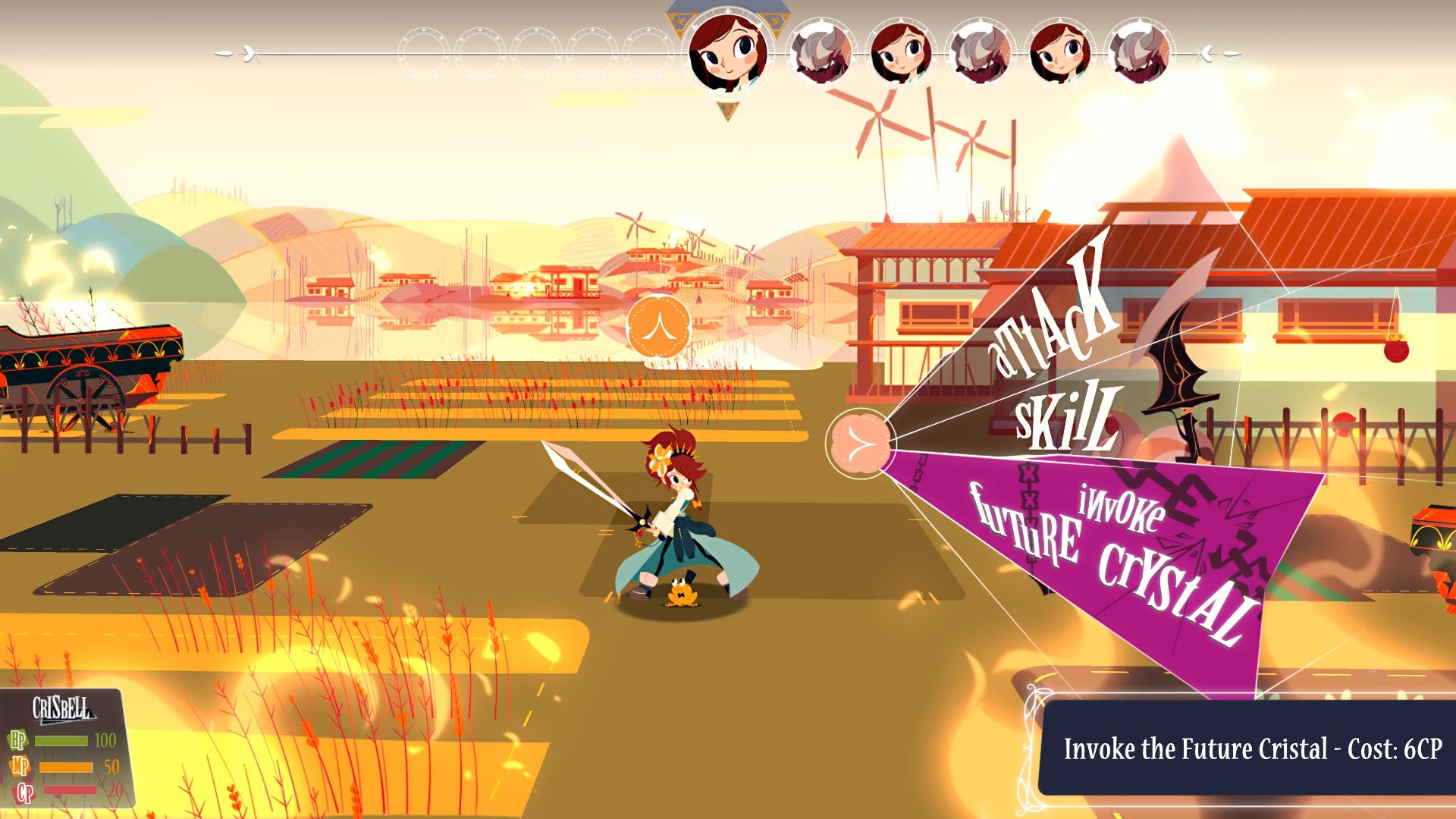 Cris Tales’ demo ends on a cliffhanger, with Crisbell setting out on an adventure away from home. Despite the forced dialogue and the simple combat and puzzles, the game’s beautifully illustrated world and energetic soundtrack had me eager to play more.

Publisher Modus Games says the finished version will have over 20 hours of gameplay, branching narratives, and more companions to fight alongside. The demo is available until June 24.