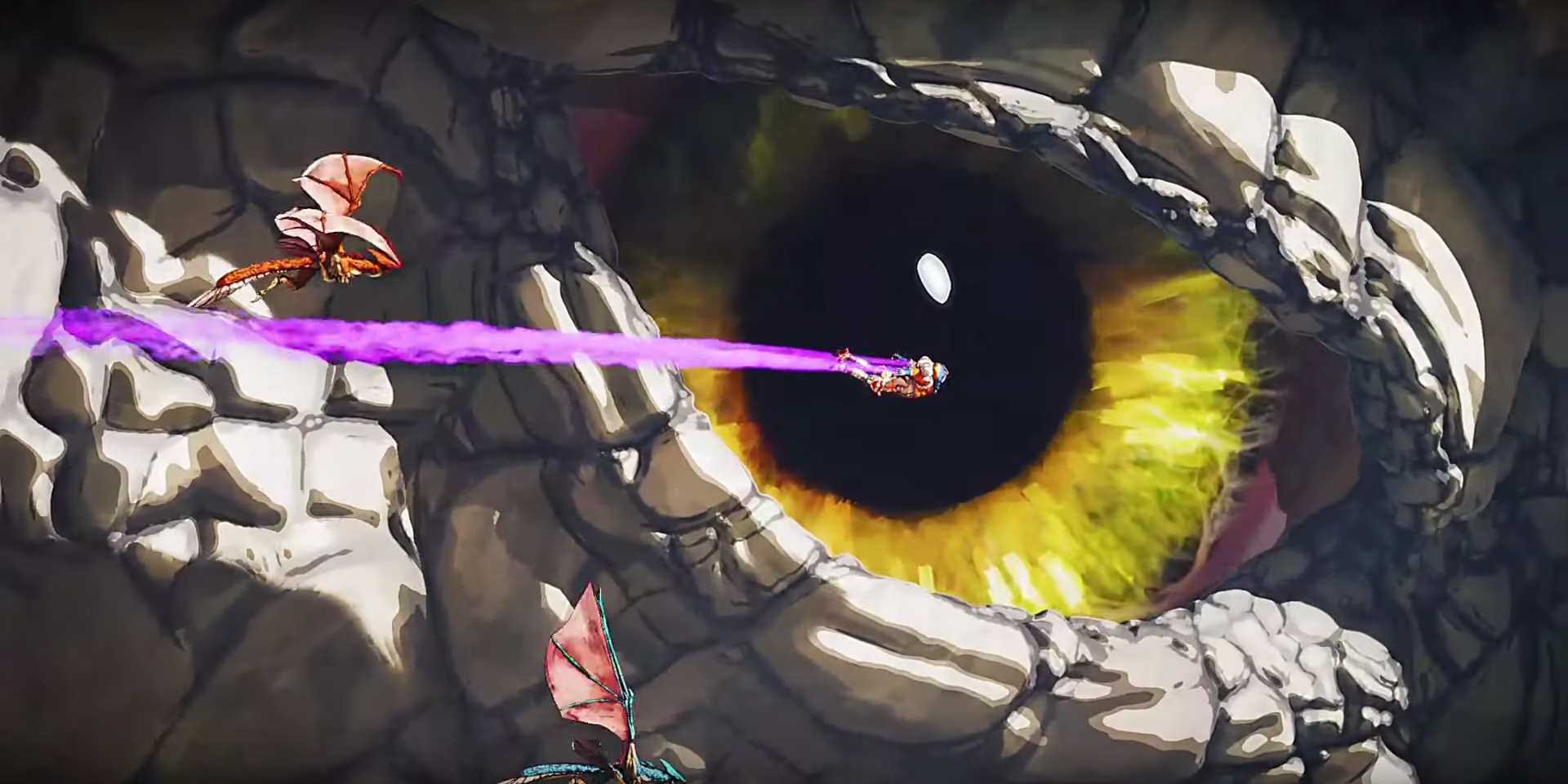 There are dragons in Apex Legends. I don’t know why they’re in the game, but they’re pretty cool.

As pointed out by PCGamer, dataminers previously found mention of flying enemies in the game’s code. Dragons were also seen at the end of Apex Legends’ Season 2 teaser during EA Play at E3.

We’re still a few weeks away from the July 2 launch of Season 2, so it’s odd to get such drastic new content seemingly at random. But here we are: Flying beasts can be seen overhead in the game, sometimes carrying loot-filled death boxes that they’ll drop if you shoot them enough.

In my second game of the day, I leapt from the dropship and practically landed on a dragon. (According to your character when you ping one, they’re called Flyers.) I chased it around while it flew in aimless circles. It was probably unwise to spend so much time looking up and chasing it instead of scavenging for loot or keeping aware of my surroundings.

After shooting it a few times with the help of a teammate, it dropped a purple box with some weapons and body armour inside. I took the guns. My teammate snapped up the armour, alas. Even though I’d gone into the game looking for one of the monsters, finding one was spooky. On YouTube, other players have also shared their encounters with Flyers. Here’s a short video of YouTuber Asphyxia Arts firing on one.

Another clip claims a Flyer stole a death box from the airbase, though the theft can’t be seen in the clip. Still, where do they get those boxes?

According to a thread on the Apex Legends subreddit, the names on the deathboxes the Flyers carry might be someone from the friends list of the person who killed it, the name of one of the game’s developers, or even a reddit moderator.

There doesn’t seem to be any rhyme or reason to where the monsters appear, though earlier today, the Apex Legends Twitter account posted a GIF featuring them, with several areas of the map highlighted by the red symbol usually reserved for marking enemies. Maybe this is where they spawn?

We’ll likely know more about the beasts in a few weeks when Season 2 launches. Until then, they’re a pretty dramatic way to get some in-game loot.