Auto Chess Took Over My Life In A Single Afternoon

I had plans, darn it. Grand plans. I was going to go outside, probably. I might have picked a flower. Maybe it would’ve slipped from between my fingers, only for me to bend down and find three stray kittens, who I’d have ultimately adopted and come to love like the furry little couch-ruining aliens they would have been.

This would’ve taken me on a journey of self-discovery and responsibility, the kind that changes everything. Instead, I played Auto Chess on my phone for seven straight hours.

Before yesterday afternoon, I’d dabbled in Auto Chess, a mod-turned-phenomenon about assembling tiny automated armies and powering them up through class and race synergies. But only a little. I checked out the original Dota 2 mod shortly after it took off, but I was on deadline for a story, so I only had time to pick up the basics.

Yesterday, however, I was fresh off writing a different Auto Chess story, and I still had a streamer playing Teamfight Tactics, League of Legends’ spin on the formula, playing in a browser window on my PC. It was the end of the day, and I remembered that a version of Auto Chess from the original mod’s developers had come out on mobile devices a week ago. It was, I’d heard, literally the same as Dota Auto Chess, except they changed some names for legal reasons. I decided to download it.

Having recently turned 30, I’m now at a point in my life where I reach the end of the work day, blink, and am suddenly in bed. At 6:15 p.m. I have no idea how this happens, but I’m powerless to resist this apparently-natural process, and my tired bones—now subject to the ravages of time in a way they weren’t just a year ago—are grateful for it.

Yesterday, however, instead of napping or just Waiting For The End like I usually do, I opened Auto Chess on my iPhone. I’d play one match, I thought to myself while streamer DisguisedToast chattered about Teamfight Tactics’ teamfight tactics in the background. Then I’d do something else. 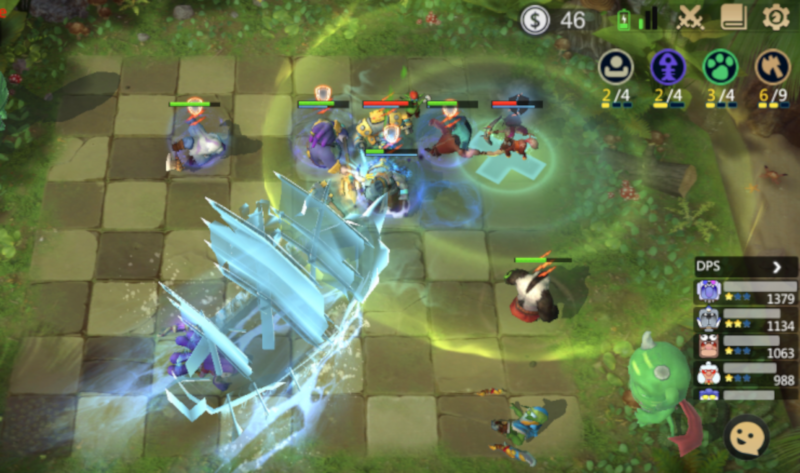 I got off to an embarrassing start, forgetting to even put my first hero on the board after purchasing him. This meant that random NPC creeps—not even other players—did damage to my central health pool on my first turn. But Auto Chess is actually pretty forgiving, especially in its early goings.

Soon, I had four heroes, one of which I’d upgraded to a two-star hero by combining him with two copies of himself. Each Auto Chess match is structured like a mini-tournament, with eight players repeatedly getting matched against each other in rapid-fire auto-skirmishes between their individual armies until only one player is left standing. And so, I started facing other players. My two-star hero, a crappy axe-wielding ogre man, was still powerful enough to carve through a couple other hapless stooges who’d similarly jumped into the game’s deep end without much planning or foresight.

That’s when I realised that, at least at this level of play, Auto Chess rewards improvisation. Big time. Each round begins by presenting you with a small randomised selection of heroes. You purchase them using gold, a meager amount of which you earn each turn.

Heroes synergise based on race and class, and the more heroes you have of any given race or class on the field, the more powerful their bonuses become. Bonuses and hero combinations mean everything. Each match, then, is its own RNG-fuelled adventure in experimentation.

Sitting there, playing match after match while looking up tier lists and watching streams, it occurred to me that I’m not sure if I’ve ever gone from zero to absolutely obsessed with a game this instantaneously before.

Since I already had my two-star Redaxe Chief—a blatant rip-off of Dota 2 hero Axe—in play, I decided to focus on buying more warriors.

Before long, I had three, giving them all a defence buff. On subsequent turns, I added other units that either looked cool or were rare, as indicated by the game’s colour-coded system. It was not a good build. Redaxe Chief is apparently a bottom-tier Auto Chess hero, and I’ve met babies with better defence bonuses than what I was getting from three warriors. But I was still very much a beginner, panicking each time the countdown clock between rounds lurched from 20 seconds to 10 seconds to 5 seconds and applying hard-won upgrade items to just, like, whoever was around.

In the following far too many matches, this begin to change. At the start of my second match, life gave me goblins, so I focused on buying those. Before long, I had a cackling horde of goblin mechs, with buffs to both HP regen and armour. They were the backbone of another otherwise ragtag and disorderly force, but boy were they effective. Toward the end of the match, I bought a rare goblin hero called Devastator who synergized perfectly with the rest of my little squad and started dropping bombs gosh dang everywhere. Somewhere off in the distance, through the haze of battle and the two-foot distance from my bed to my desk, I heard DisguisedToast answer a viewer’s question about Dota Auto Chess. He said area-of-effect attacks were overpowered. I quickly understood why, watching my buffed-up Devastator obliterate army after army. I ended up winning the whole match. 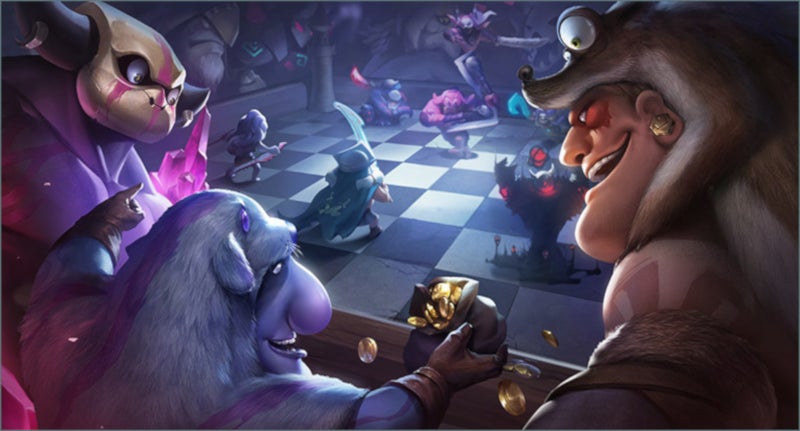 Flash forward a few more matches. I was still mostly flying by the seat of my pants when it came to hero selection, but I’d learned so much. At one point, I put together an army of Glacier Clan units who, contrary to their name, gain attack speed buffs when on the field together. If you have enough, your whole army—Glacier Clan or not—gets the buff.

This, combined with beefy tank heroes who could absorb damage all day, felt positively overpowered. And by that, I mean it felt so, so good. Using this build, I won a match without ever losing a round. Another time, I made a build that organically started pulling off pincer movements, with assassins leaping into opponents’ backlines while my tanky frontline distracted everybody.

This, too, was delicious. Each match, I’d start with scrub units and slowly but surely sub out beefed up, better ones. A strategy would begin to form in my mind—something from nothing, bone from clay. I’d turn chaos into order, and then, when my armies clashed with those of my enemies, order back into chaos of an entirely different sort.

After hours of continuous play, I decided I was done for the night. I went into my living room to watch TV. Except I didn’t. I looked up tier lists on my phone. Then I decided it couldn’t hurt to play another match to experiment with some of what I’d learned. Then I played three more matches, each taking 20 to 30 minutes.

Sitting there, playing match after match while looking up tier lists and watching streams, it occurred to me that I’m not sure if I’ve ever gone from zero to absolutely obsessed with a game this instantaneously before. Hilariously, embarrassingly obsessed. If somebody walked in on me, I probably would’ve actually said, “Wait! I can explain!” In the moment, I couldn’t help but laugh. Then I went back to playing because, well, those armies weren’t gonna automate themselves.