Bloodstained Is Goth Fun In An All-Too-Familiar Package

bloodstained ritual of the nightcastlevaniakickstarterkoji igarashi 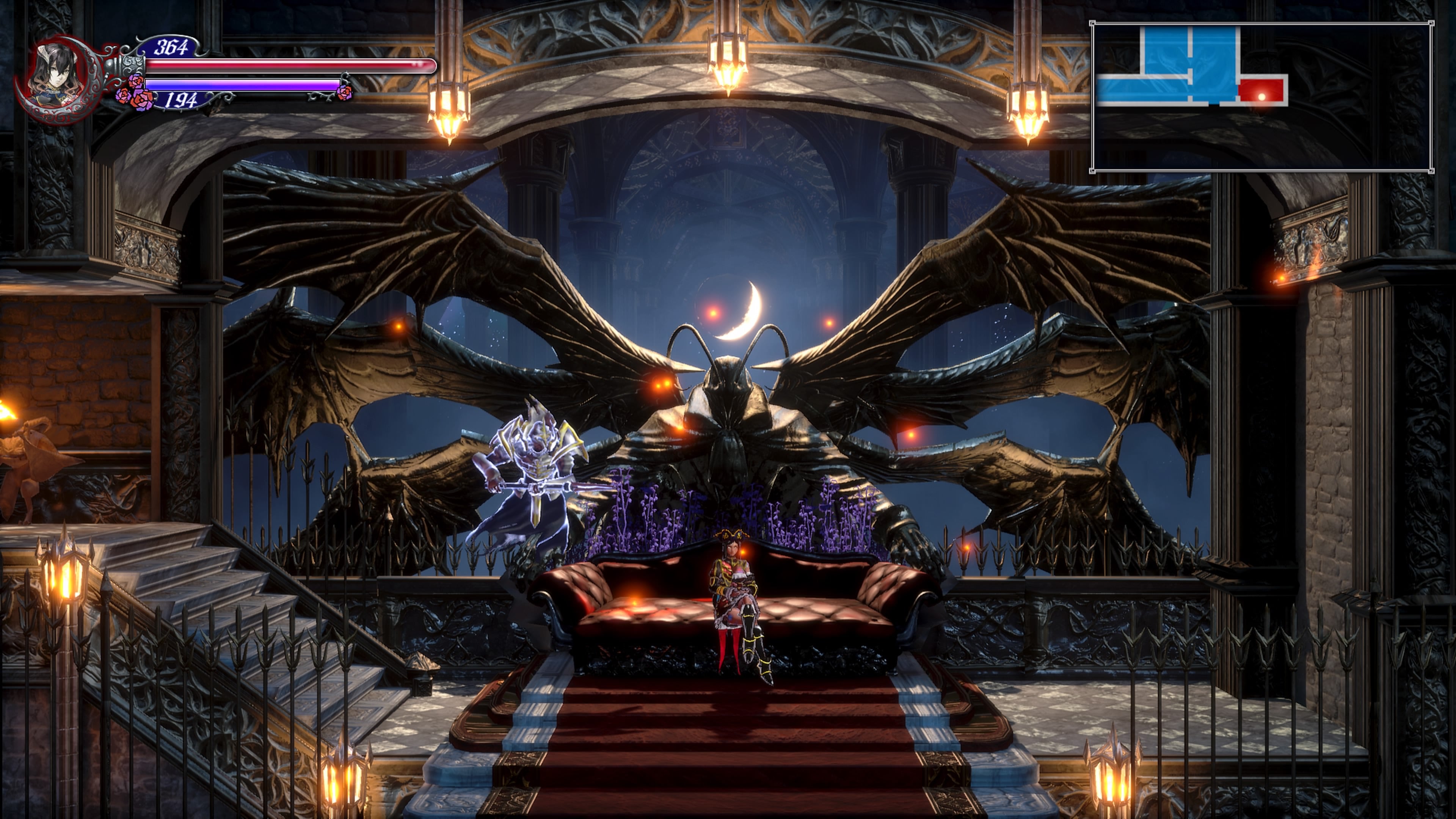 Bloodstained: Ritual of the Night is a very good solution to a problem we haven’t really had for years: a dearth of side-scrolling exploration games with role-playing bells and whistles. The long-gestating, Kickstarted return of celebrated developer and Castlevania: Symphony of the Night mastermind Koji Igarashi, Bloodstained, does fans of haunted cathedrals and combat whips proud.

Five years after leaving Konami—where the Castlevania name has languished outside of the odd re-release—Igarashi has returned with a game funded by fans who wanted him to do what he had always done, albeit with the brand names filed off.

Trouble is, in the meantime, loads of games have done what Castlevania did well. Hollow Knight isn’t that far in the rearview. Timespinners came out this month. The Messenger comes to mind. And those are just the recent standouts.

However, there is an undeniable charm in the gothic melodrama that Igarashi made his name on. Those charms are evident here: The impossibly big castle that Bloodstained is set in is a lush work of excess. It feels like the product of a group of artists whose idea of a good time is playing Gregorian chants on vinyl with a keg full of chianti and Edward Scissorhands on repeat.

Bloodstained’s whole aesthetic could be described as Sexy Catholic, the goth corridors a backdrop for leather-clad heroine in a skimpy frock named Miriam to run to and fro in order to hunt the man who has brought demons to the land of the living. He can, of course, only be stopped by her.

Bloodstained’s story does an admirable job of tying its various gameplay quirks together, even if it’s a bit nonsense and overly familiar. As Miriam, you’re forced to hunt Gebel, a man who has lost his humanity to the cruel experiments of alchemists long ago and now seeks to wipe out humans everywhere.

Through a fluke long ago, Miriam underwent the same experiments but retained her humanity, and so she now is the only person capable of entering the castle Gebel has summoned, where she must face him. Unfortunately for Miriam, this is a suicide mission.

The only way she can survive the castle is by gaining powers from demon shards, and the more shards she accrues, the less human she becomes.

It is, in short, a Castlevania game. Specifically, it’s Symphony of the Night, but with shinier environments and brimming with stuff. There’s all manner of detritus to collect, a range of monster parts and raw materials that you can bring back to Miriam’s buddy, Johannes, for crafting into useful items.

There are a wealth of weapons, each doing a slightly different sort of damage, each with a handful of unique techniques to learn. And there are absolutely loads of skills to find, each giving your character active or passive new abilities that will let you explore previously inaccessible regions or wreck face in spectacular new fashion.

The downside is that once you’ve got a decent loadout of powers and weapons, which should happen by the time you’re an hour and a half into the game, all that variety doesn’t seem to matter much.

The game on its normal difficulty is very easy, and the wealth of experimentation that seems possible just doesn’t seem that worthwhile yet. That could change in the future; I’m about four hours in and I’ve seen about 18% of the castle, so it’s very likely that I have several arse-whoopings in my future.

But right now? I feel unstoppable, with only one out of three bosses even giving me any trouble.

I’ve come to expect high-profile Kickstarters to be a letdown, projects far more prone to disaster or overpromising than success. Bloodstained: Ritual of the Night, then, is a welcome surprise so far.

It seems like it does exactly what it set out to do. It’s the work of a team that’s very good at this style of game, and it’s perfectly attuned to what makes exploration games like this fun to play. 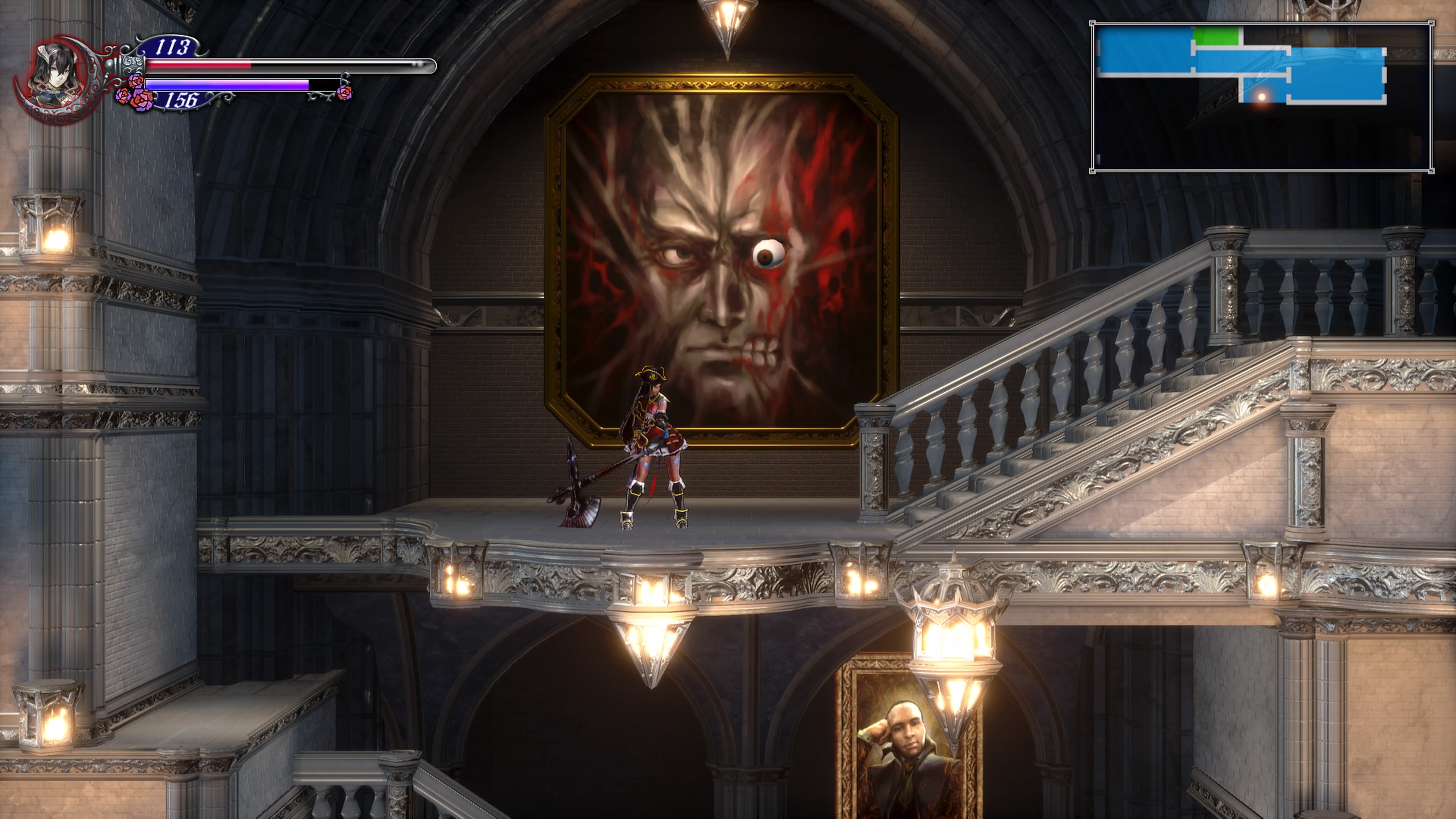 I’m not sure if I would tell anyone who already isn’t invested in Bloodstained’s nostalgic goth spelunking to check it out, though. It’s accessible enough, but it might not be distinct enough. There are hints, little gestures at weird flourishes that might make this game stand out from its storied lineage and the many imitators it inspired.

For example, there’s a demon barber who is cursed to haunt the world until he’s learned 666 hairstyles. And there are some enemies that aren’t just new takes on Castlevania staples, like haunted swords and armoured demons. Once, I had to kill a giant housecat that could summon fire. Another time, I had to kill a very familiar knight with a shovel. (There are also plenty of haunted swords and armoured demons.)

These are small moments, though. I want the rest of Bloodstained to be weirder, but there’s very little to suggest that this is a game with much interest in subverting anything.

From what I’ve seen, Bloodstained just wants to play the hits. For now, I’m happy to hear ‘em.