Bloodstained: Ritual Of The Night, As Told By Steam Reviews

What is a Kickstarter-funded spiritual successor to Castlevania? Either a miserable or non-miserable pile of secrets (and gameplay mechanics), depending on which Steam reviewer you talk to.

Whether they love it or feel lukewarm about it, like Kotaku’s Joshua Rivera, nobody’s pretending Bloodstained: Ritual Of The Night is something that it isn’t. This, pretty much everyone agrees, is a Metroidvania throwback in the style of director Koji Igarashi’s beloved classic, Castlevania: Symphony Of The Night, albeit with some modern quality-of-life updates and elements from more recent Castlevanias such as Dawn of Sorrow.

But is that enough to pass muster in ye newe year of 2019? That’s the real question. Broadly, Steam reviewers seem to think it is, with 93 per cent of reviews registering as positive so far. But not everybody’s in agreement. 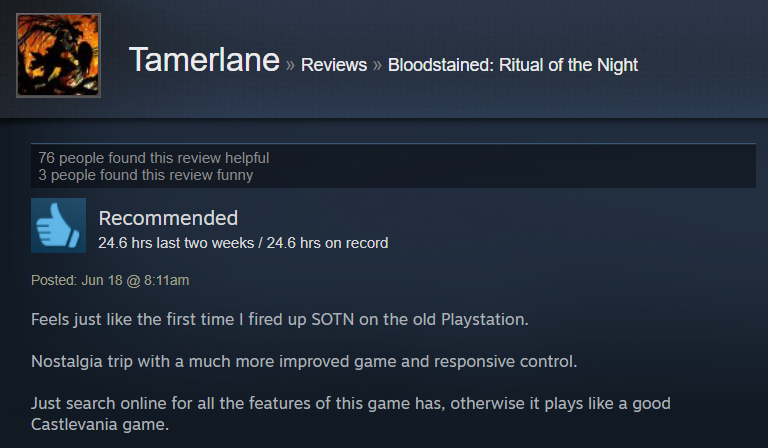 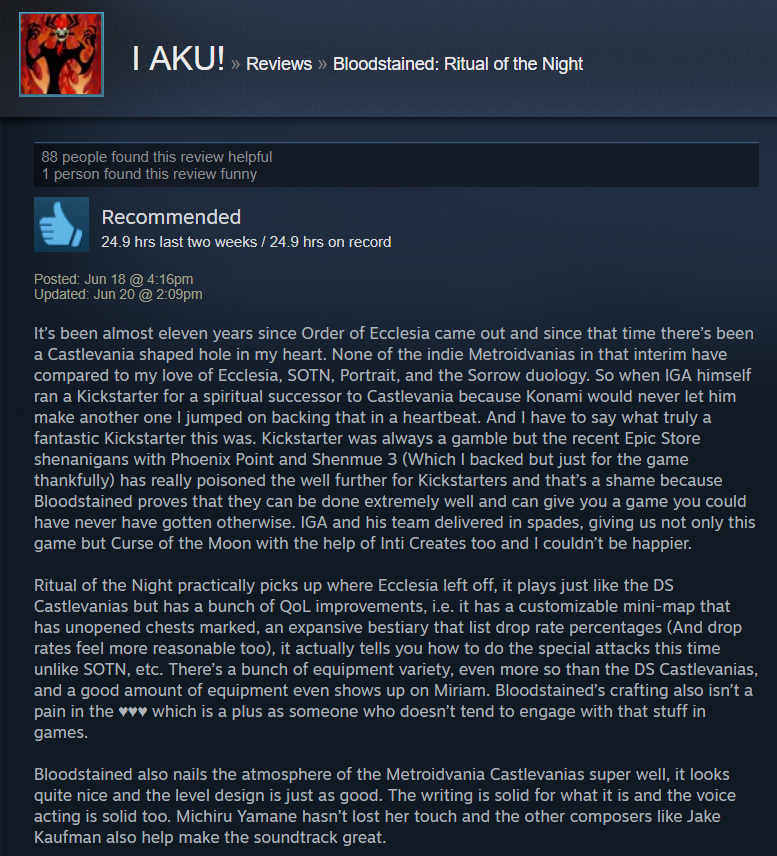 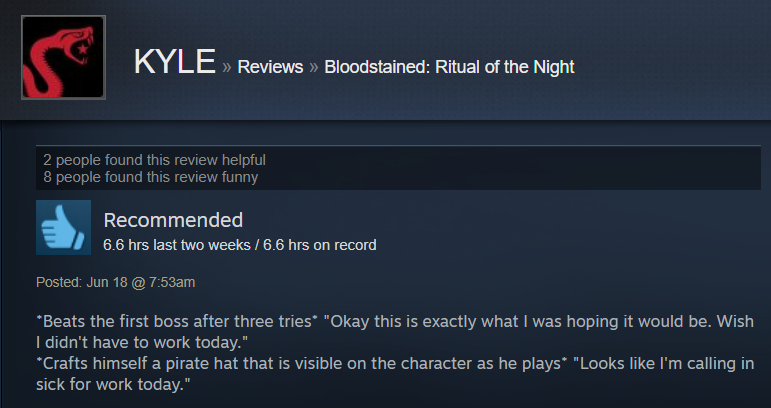 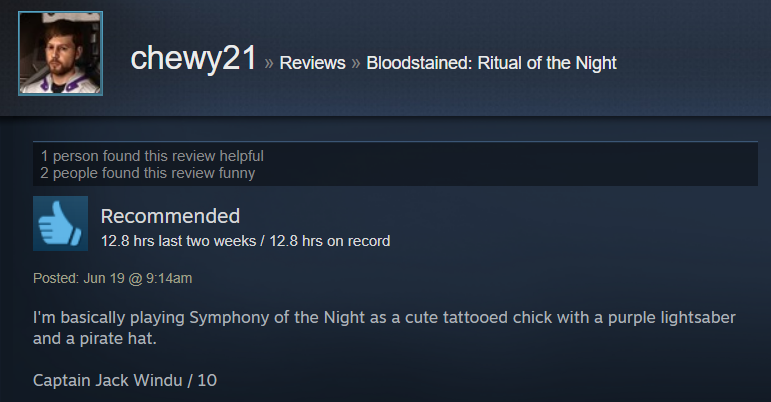 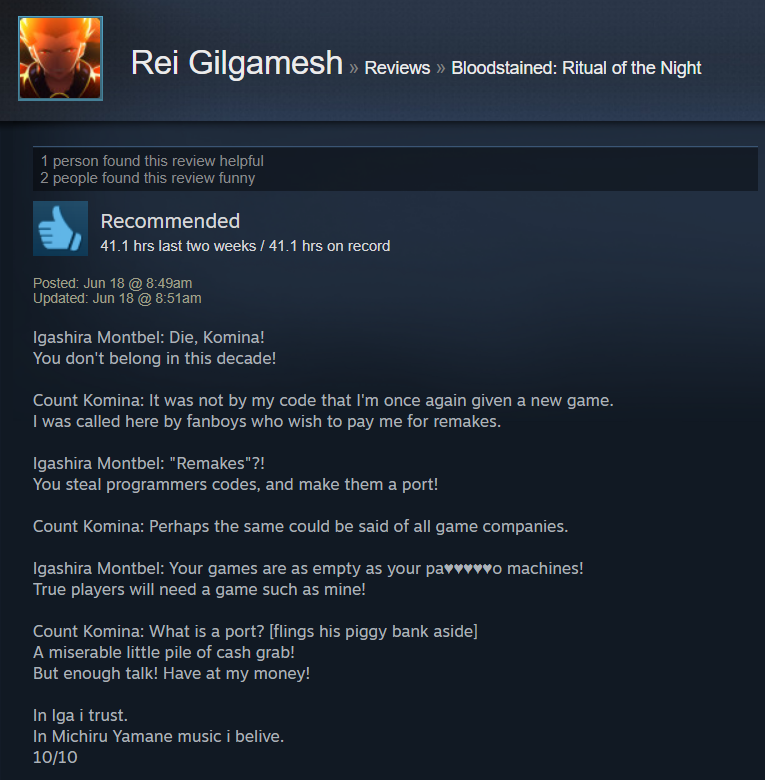 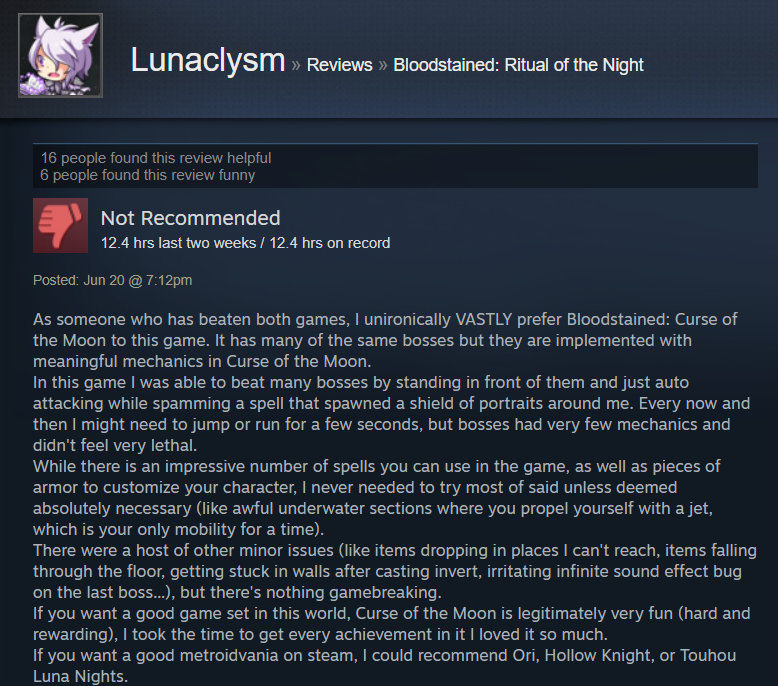 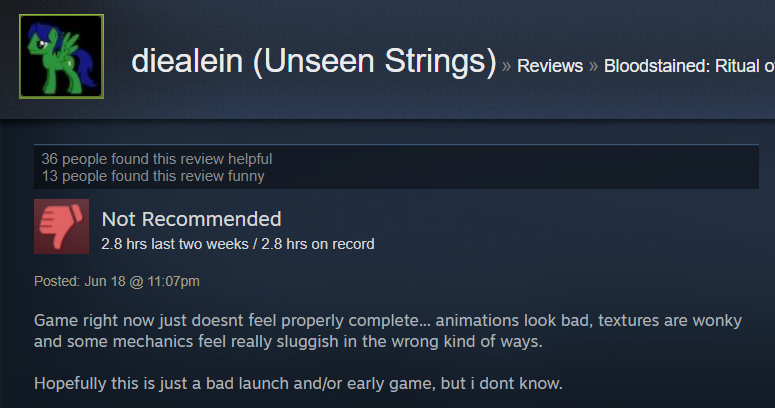 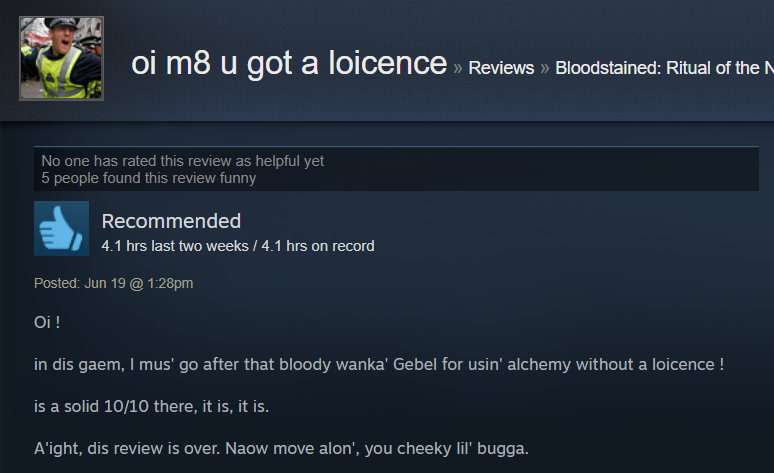 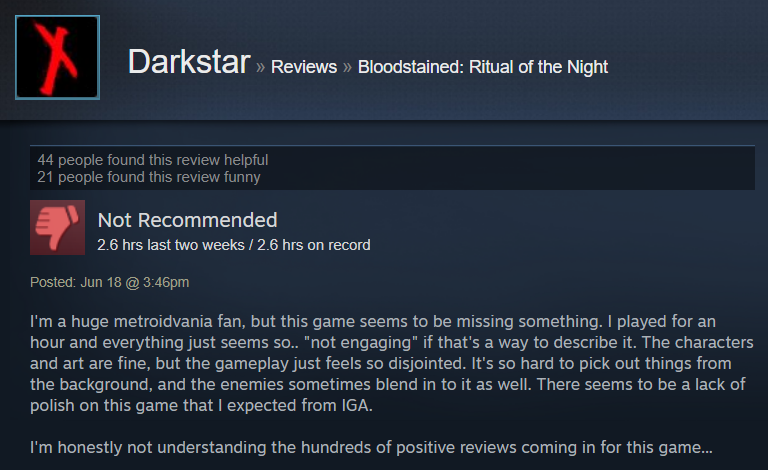 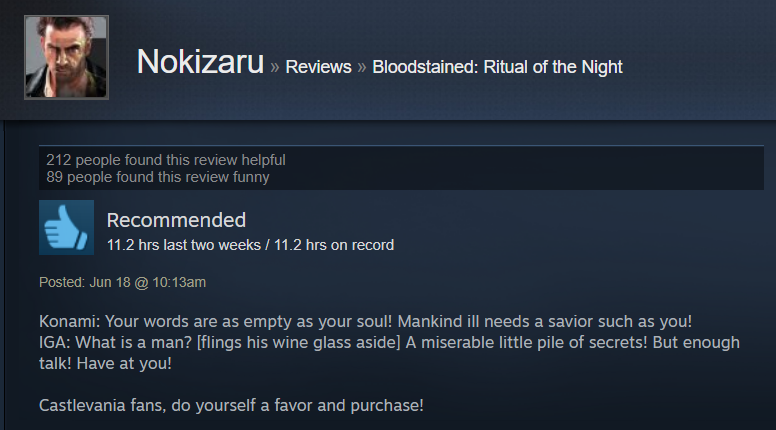 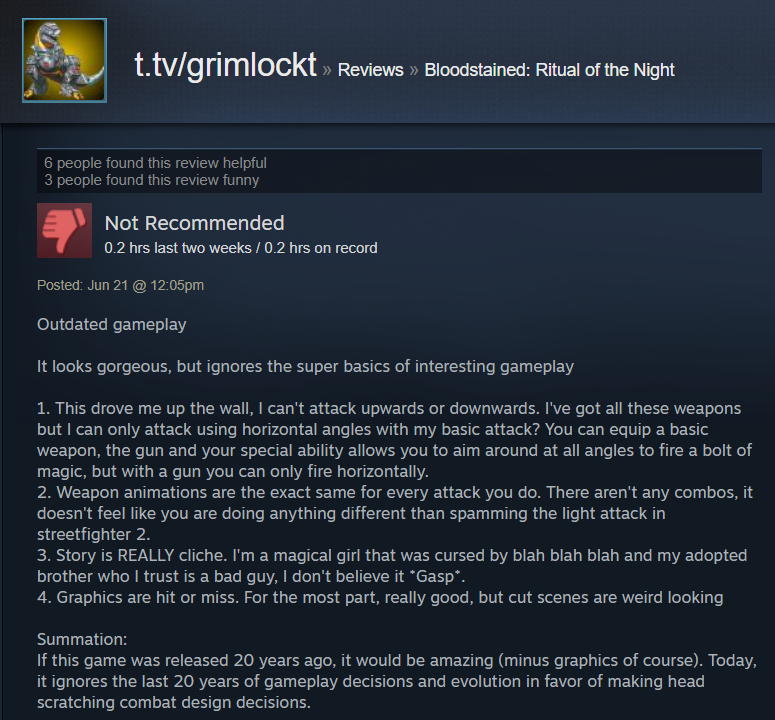 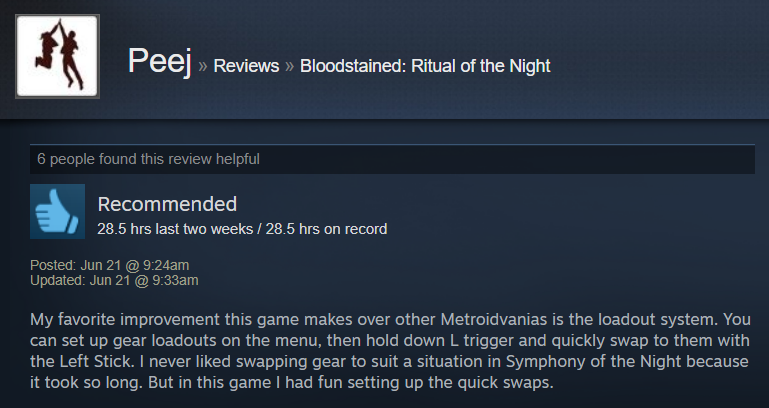 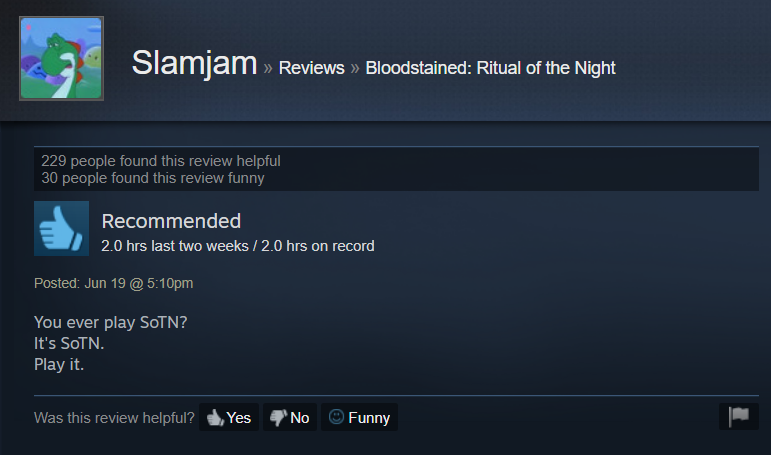