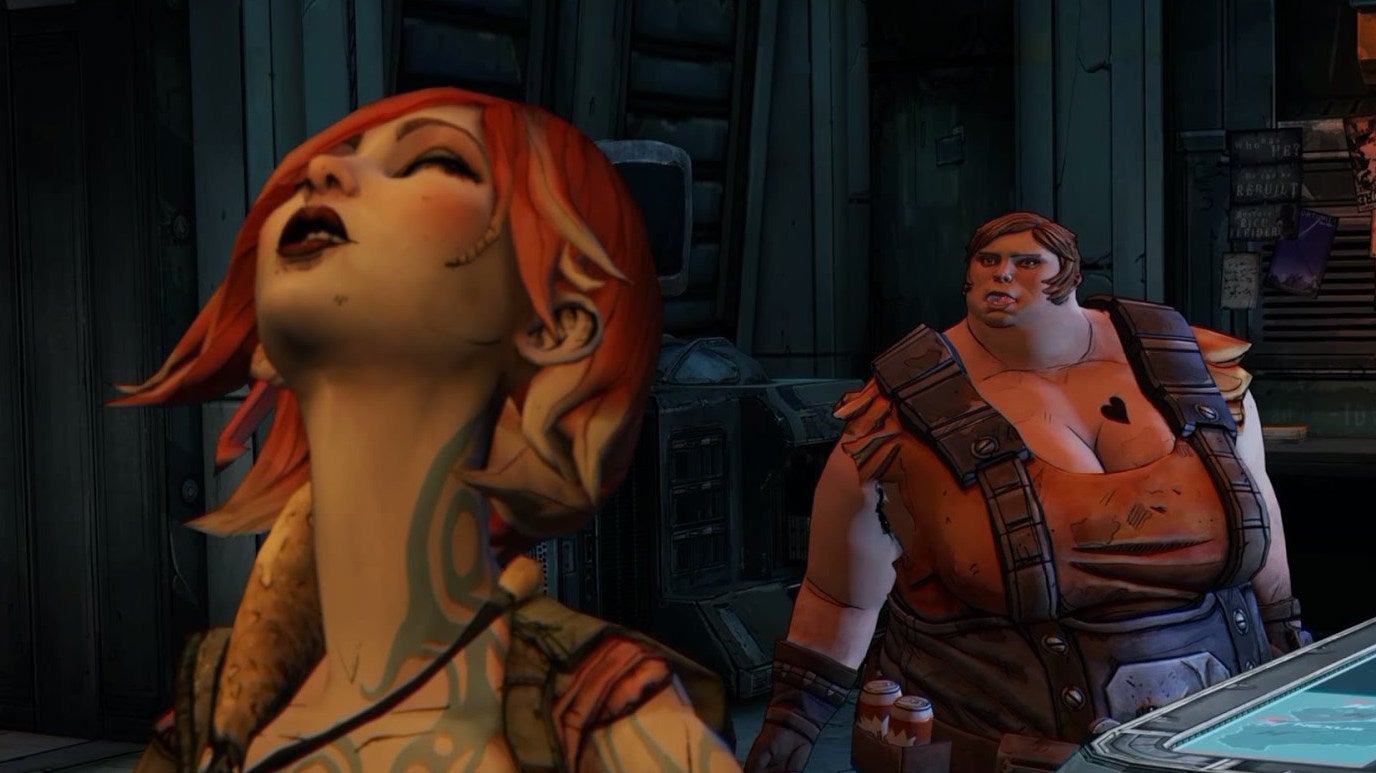 When I heard last week that Borderlands 2 was getting free downloadable content bridging the gap between the previous game and the upcoming Borderlands 3, I pictured a short, sweet and simple send-off.

Commander Lilith and the Fight For Sanctuary is an hours long adventure packed with new enemies, missions and equipment. It is pretty sweet, though.

My plan was to hop into the new DLC late Sunday night and tear right through it, but Commander Lilith and the Fight for Sanctuary isn’t that kind of free content. Hopping in is certainly an option, as Gearbox included the ability to create a level 30 character from scratch and start the game on the DLC’s doorstep.

That’s perfect for players switching platforms or those who, like me, forgot where they were the last time they played Borderlands 2. 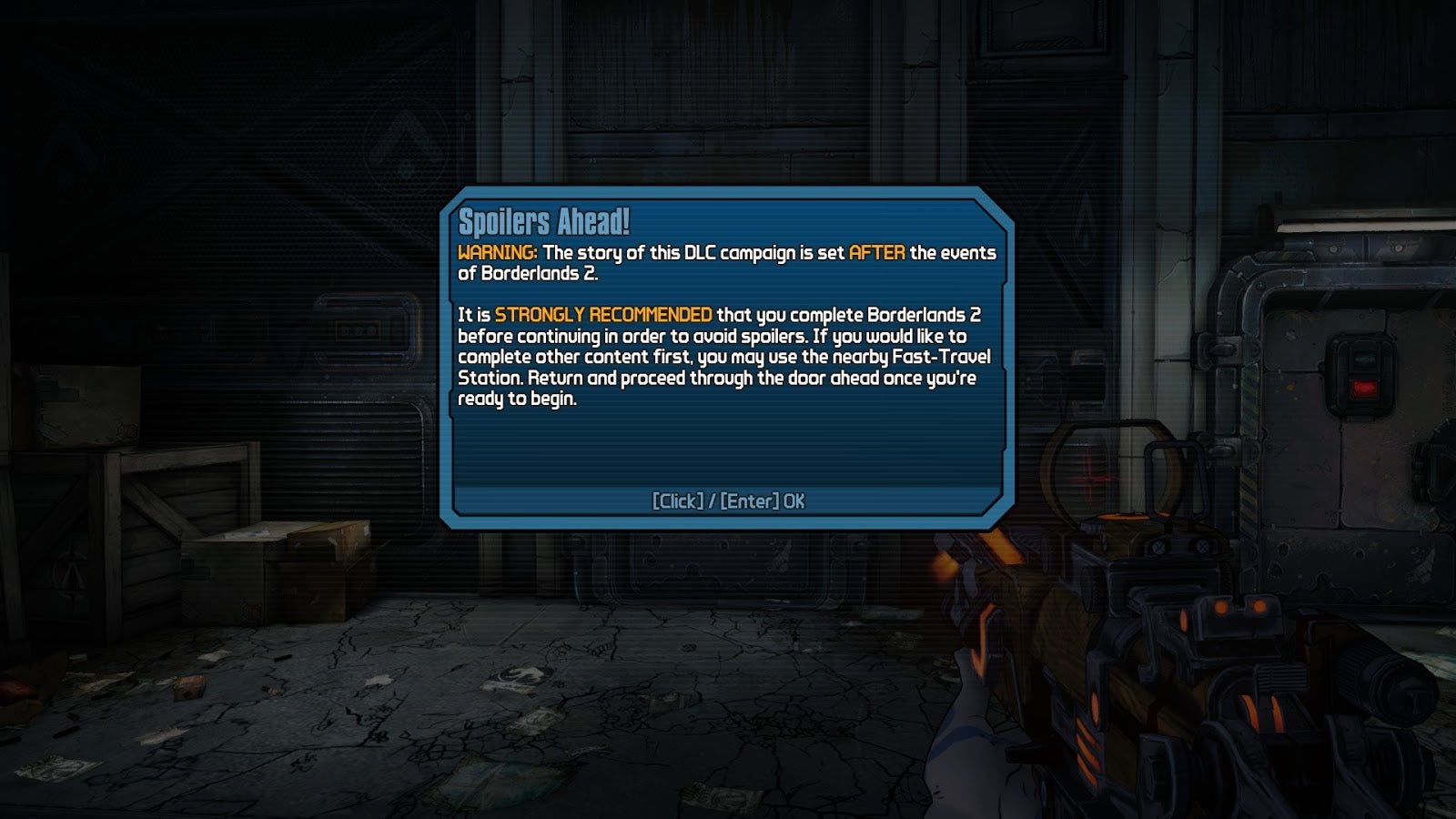 There is no speeding through. This downloadable content is a lengthy campaign. Players begin in Sanctuary, as one might expect from the title, but from there they travel out into the wastes, uniting old friends against a new enemy. For those who’ve not finished Borderlands 2 and ignored the spoiler warning in the screenshot above, here’s one more.

Commander Lilith and the Fight for Sanctuary picks up right where Borderlands 2 ended. Lilith is reluctantly in command of the city of Sanctuary. She and three of the game’s non-player characters—Mordecai, Ellie and the ever-charming Patricia Tannis—are gathered around the Vault Key, which spews forth what seems to be locations of Vaults scattered across the galaxy.

As the group looks to Lilith for a plan, a new villain appears, putting planning on hold. 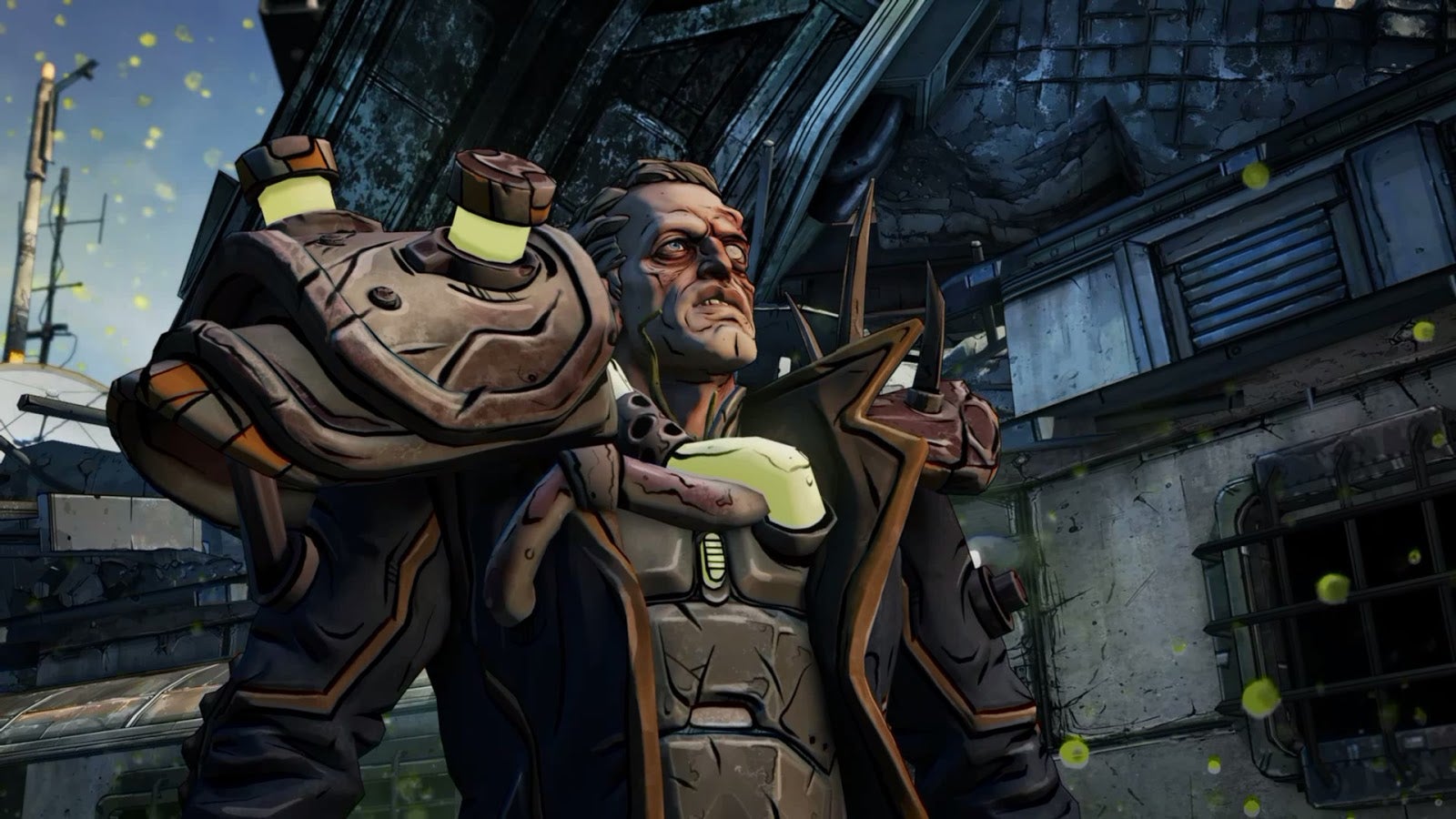 Dahl battalion leader Colonel Hector attacks, using a combination of crack troops (reinforced by some very annoying medics) and a bizarre biological weapon that transforms people into plants. Ellie, Lilith, Patricia, Mordecai and the Vault Hunter (aka The Player) escape and set up a base at a nearby bandit camp, where they run into a familiar face. 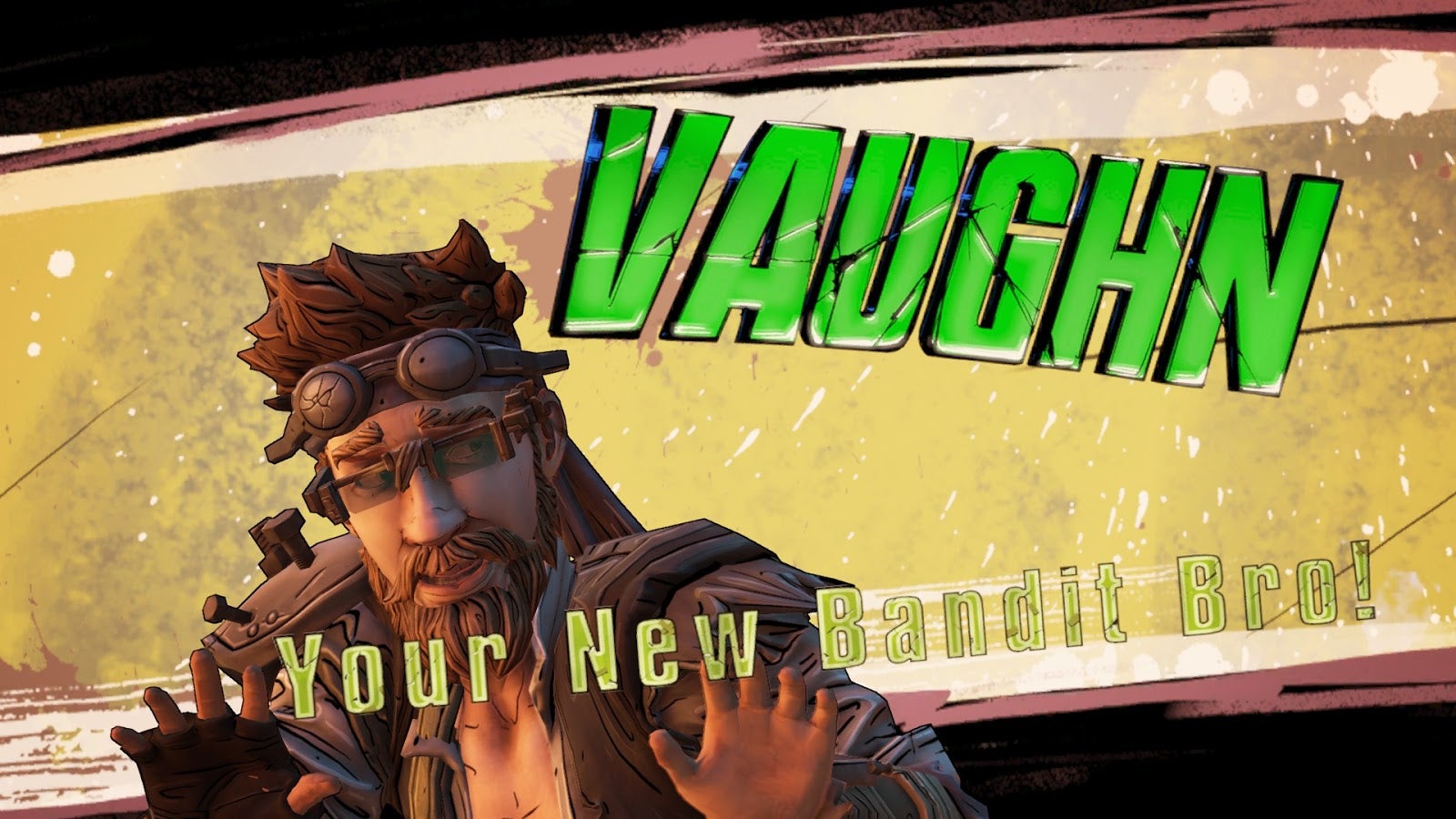 It’s Vaughn, the low-ranking Hyperion accountant from Tales from the Borderlands. The Chris Hardwick-voiced lackey has somehow become the leader of a group of bandits. Or he was. The bandits were sort of dis-bandited by Colonel Hector’s troops, so Vaughn teams up with the Borderlands 2 crew as they formulate a plan to take back their beloved city.

Despite questionable casting choices and other ongoing hubbub surrounding developer Gearbox, I will say I missed Borderlands.

Once I got back up to speed and remembered to distribute my skill points (ouch), I was voraciously hunting for items with green lights on them so I could loot all the things. So many boxes and barrels and lockers and trunks. This DLC does not skimp on the trunks.

I also shot many things with many weapons. Several of those things were Colonel Hector’s men, annoyingly resilient fellows with a tendency to hide behind even more annoying healer enemies. Others were a new type of enemy, the infected. These are normal Pandora denizens who have been affected by Hector’s bio-agent, turning them into plant-based enemies that aren’t big fans of fire. 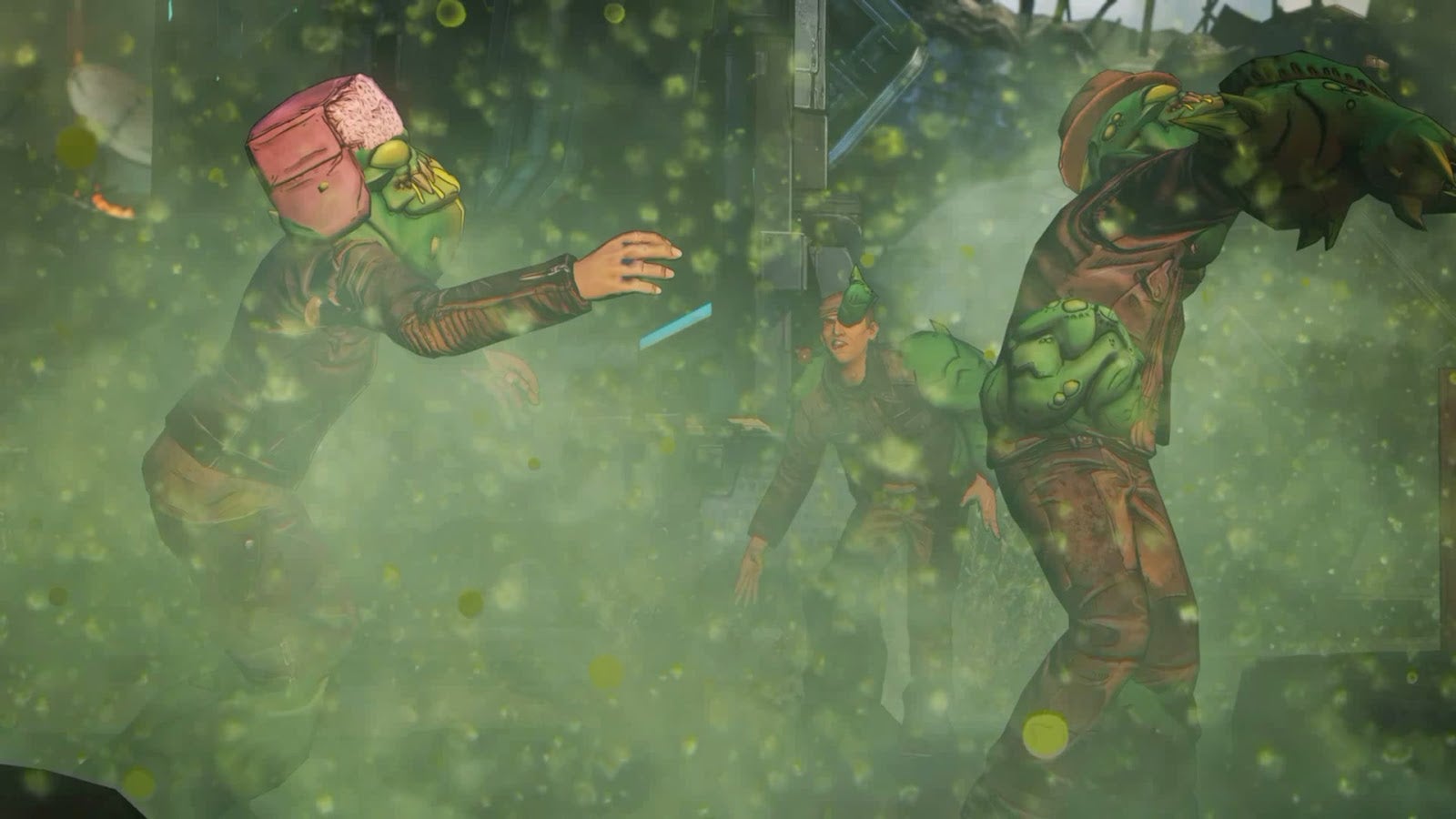 The plant bioagent is Colonel Hector’s way of trying to take over the planet, killing most of the sentient beings on it in the process. Thorns and flowers twist their way through the land as Hector’s infection spreads. Infected bandits and skags dot the wastelands. Players will learn to fear the cleverly-named Lichenthrope. 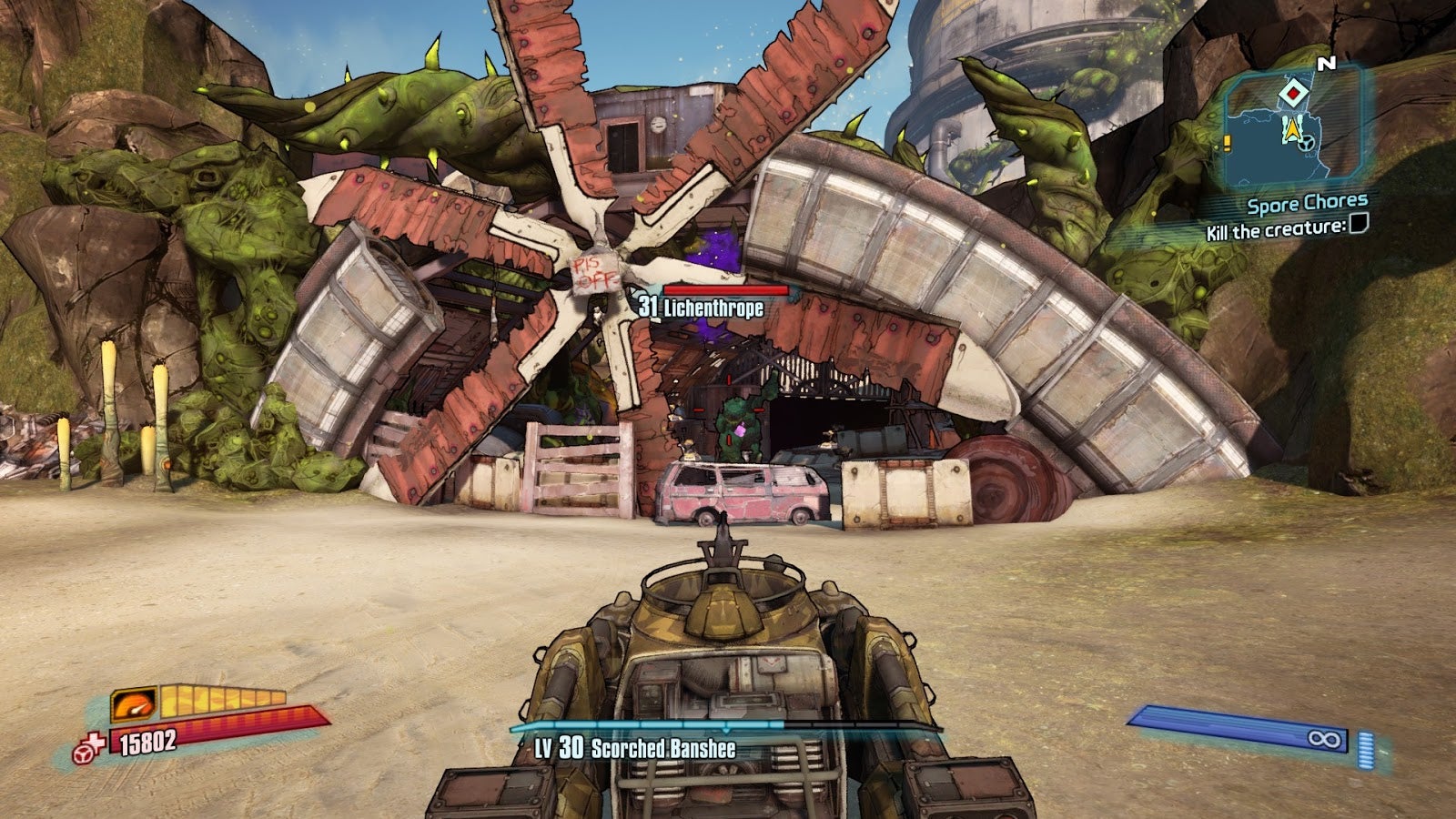 The infection isn’t just for enemies. Players can become infected with spores in certain areas as well, with a meter appearing on screen tracking the severity of the infection. A low level of infection grants players enhanced abilities and damage. Stay exposed too long, and the damage starts ticking off.

It’s a lovely twist on otherwise basic Borderlands 2 fare. There are missions to complete, side missions aplenty and several new areas to explore. There’s also a new weapon class that trumps Legendary, called Effervescent. I’ve played a couple of hours now and have yet to find one, but I have high hopes and plenty of room to grow.

I’m only level 32 now, and the DLC ups the cap from 72 to 80, so I’ve got a ways to go before I am maxed out. Certainly I’ll have a shiny new weapon by then. That, or Borderlands 3 will have come out. 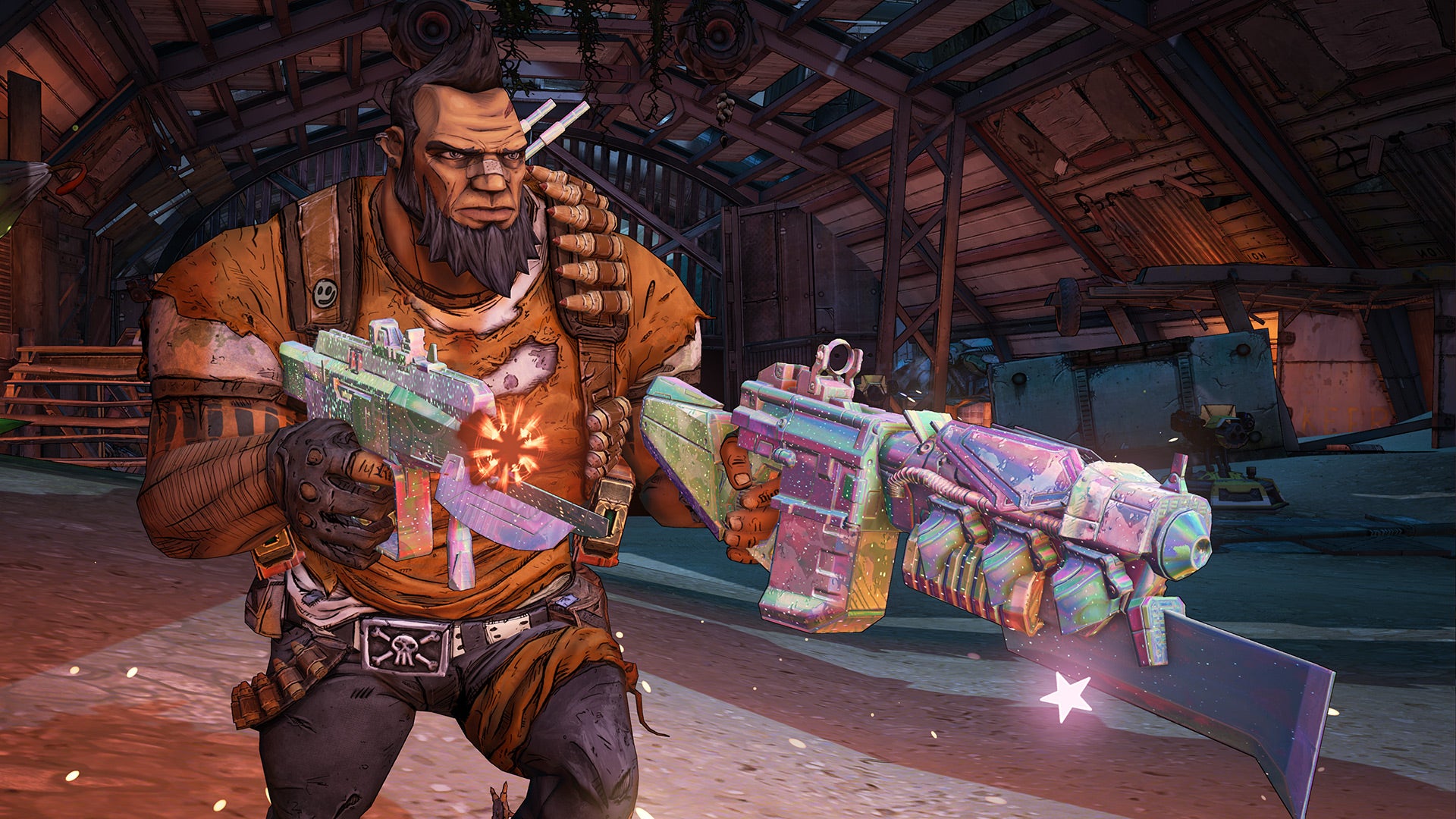 Meanwhile, it’s nice to have a reason to go back to Borderlands 2 for eight or so hours, if the completion times I am hearing from fellow players hold up. There’s a lot of great stuff in Commander Lilith and the Fight for Sanctuary, most importantly that signature sense of humour and tons of looting and shooting.