One of the first Switch games I bought, way back in the spring of 2017, was the Japanese version of Collection of Mana. It was a very simple package: emulated versions of the first three games in the Mana series, and little else. Two years later, the Western version is out, and not much has changed.

Collection of Mana is a $59.95 package containing the first three games in the Mana series: Final Fantasy Adventure for the Game Boy (from back when the series was more explicitly a Final Fantasy spinoff), the widely beloved Secret of Mana for Super NES, and Trials of Mana.

What’s Trials of Mana? It’s the new official U.S. name for Seiken Densetsu 3, the Super Nintendo sequel to Secret that came out in 1995 in Japan but was famously never released in the West until just this week. Square Enix is now releasing it twice: once as a full modern remake coming in 2020, and once in its original 16-bit form in this collection.

It’s really a crime that it took this long to get here officially, since Trials is a 16-bit masterpiece with beautiful graphics, an arse-kicking soundtrack from Secret’s composer Hiroki Kikuta, and…well, the combat’s a bit janky, but what Mana game’s isn’t?

Square Enix has now translated the whole game into English, which, as any fan translator that works with old games could tell you, is no small feat of reverse engineering.

It’s even got a nice, very readable variable-width English font that lets them cram in all the game’s dialogue, which Super Nintendo translations rarely got back in the day. 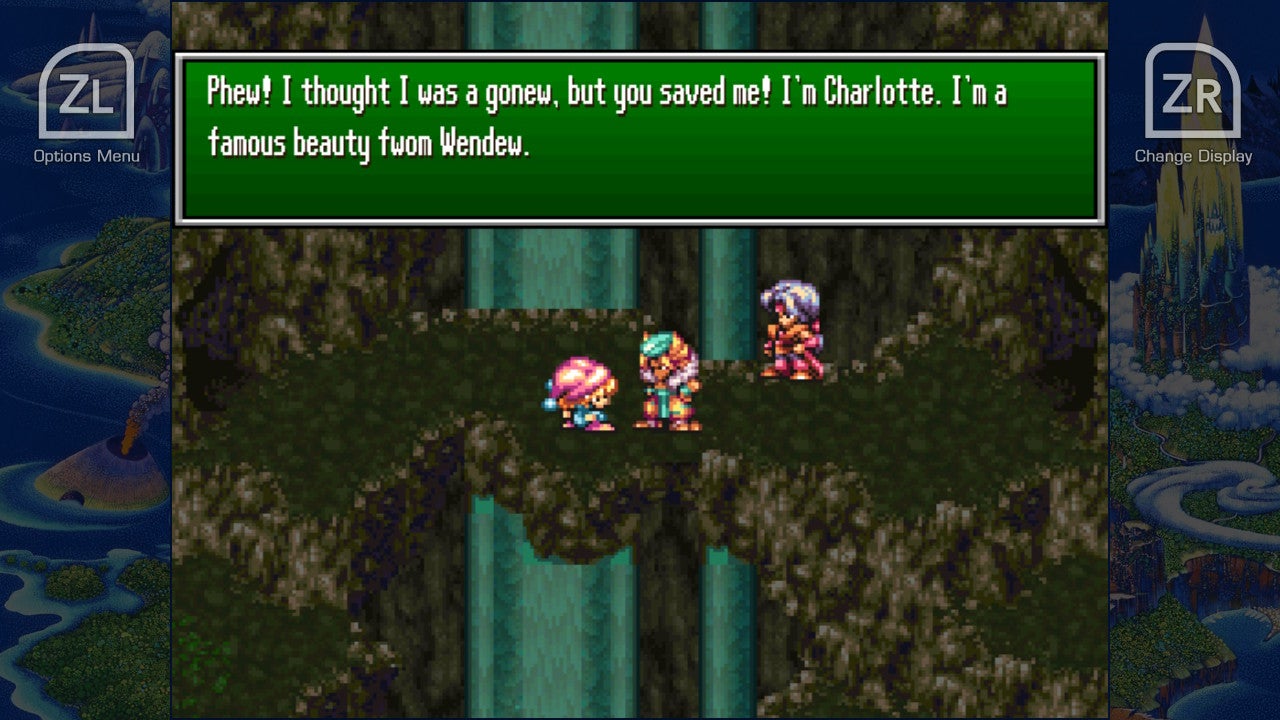 He… hewwo? Twanslatow? This is weally annoying to wead. (Screenshot: Square Enix, Kotaku)

Meanwhile, Secret of Mana is actually an excellent example of what happens when you don’t change the font size and kerning when you go from Japanese to English, and you can see the results of that in this collection too, since the translations of the first two games are untouched. 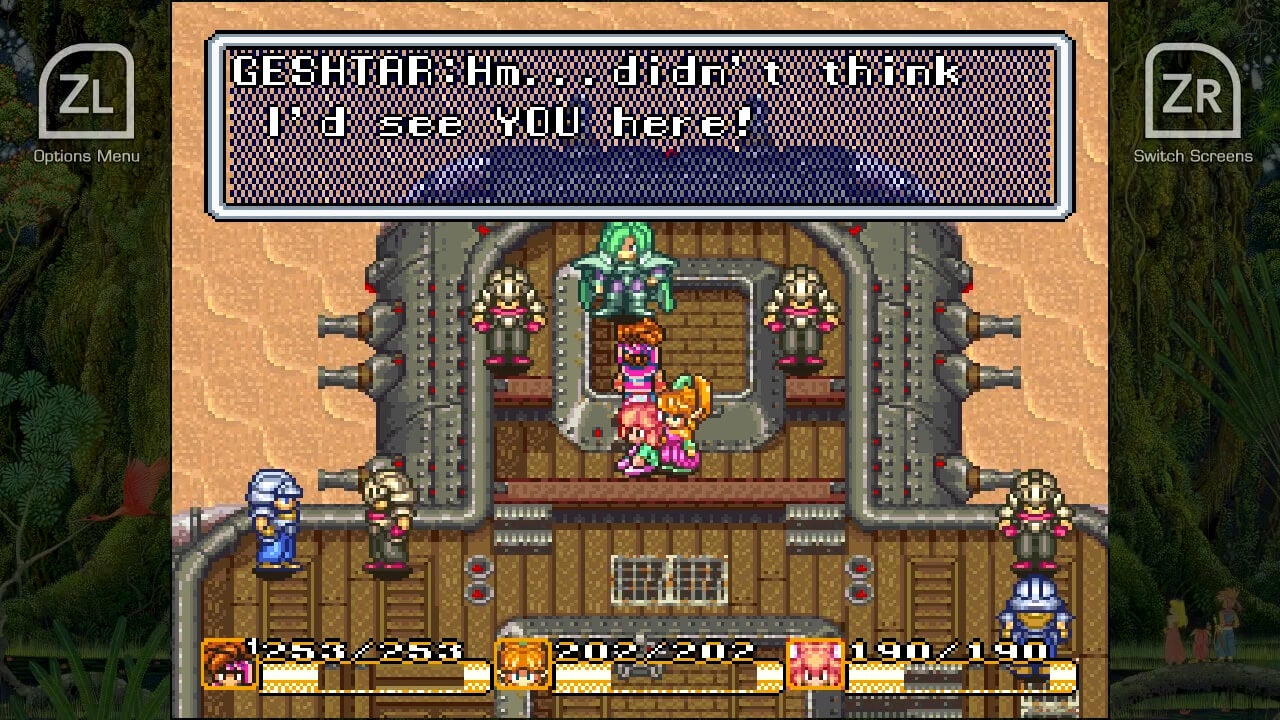 It’s not ugly or anything, but the letters take up so much space that you can see why the game’s script had to be cut to shreds when it was translated.

So let’s be clear: It is freaking awesome that Square Enix translated Seiken 3 for this collection. New translations of old games happen very rarely, and this is surely the most complex old-game translation project that’s ever been officially done at a game publisher. It probably helps that this was made by the emulation wizards at M2, which also did Konami’s recent Castlevania and Contra collections for Switch. A lot of effort has been put in to get this collection out of Japan and I’m excited to have it.

That said, I’d be remiss if I didn’t note that Collection of Mana is just about as bare-bones as a retro collection can be. There’s a music player and a few different graphical options for the display, and that’s it. As I pointed out when the collection originally came out in Japan, it doesn’t even have manuals that tell you how to play the games.

It does have a very basic graphic that shows the control-scheme layout, but it doesn’t explain how the games work. That’s a problem since these are pretty complicated RPGs that, like most other games from the era, don’t explain themselves. Trials of Mana, in particular, is a complex game that originally came with a 48-page manual packed densely with tiny text explaining all its facets.

In fact, when Collection of Mana came out in Japan in 2017, players immediately complained about its lack of manuals. Within days, Square Enix uploaded some to the web, and then issued a software update that added digital manuals to the game itself. These are missing from the U.S. version, and I think a lot of players are going to be racing to GameFAQs in the days to come.

Collection of Mana is a simple release, but that simplicity also has its upsides. Square Enix generally seems to be under the impression that if it rereleases its classic games, it has to put a gross graphical filter over them, change the font to Arial, and do other totally unnecessary things in the name of “progress” when all anybody wants is just the original games running in good emulation.

This. This is what Final Fantasy, Chrono Trigger, and Square’s other classic games deserve, and nothing less.