Obsidian Entertainment’s 2010 spy-thriller Alpha Protocol has been removed from sale on Steam at the “request of the publisher.” According to a Sega representative, rights to publish the cult-classic RPG have expired. While players who previously bought a copy can still access and download the game, it’s unclear when or if it will go back on sale.

On Steam, the option to buy a copy of Alpha Protocol has been replaced with a message: “At the request of the publisher, Alpha Protocol is no longer available for sale on Steam.”

The game was developed by Obsidian Entertainment, designer of games like Fallout: New Vegas, Pillars of Eternity and the upcoming RPG The Outer Worlds, but publishing is handled by Sega. It seems that, for the moment, they’ve lost the rights to continue publishing the game.

“Following the expiry of SEGA’s publishing rights for Alpha Protocol, the title has been removed from Steam and is no longer on sale,” a representative of Sega told Kotaku via email. We reached out to Obsidian Entertainment for comment but did not receive a reply in time for publication.

While it is unclear why potential customers were not warned of any upcoming expiry from Sega, players who own a copy of Alpha Protocol will still be able to play through Steam, even if they haven’t installed it. Alpha Protocol is not for sale on the US PSN or Microsoft Store. 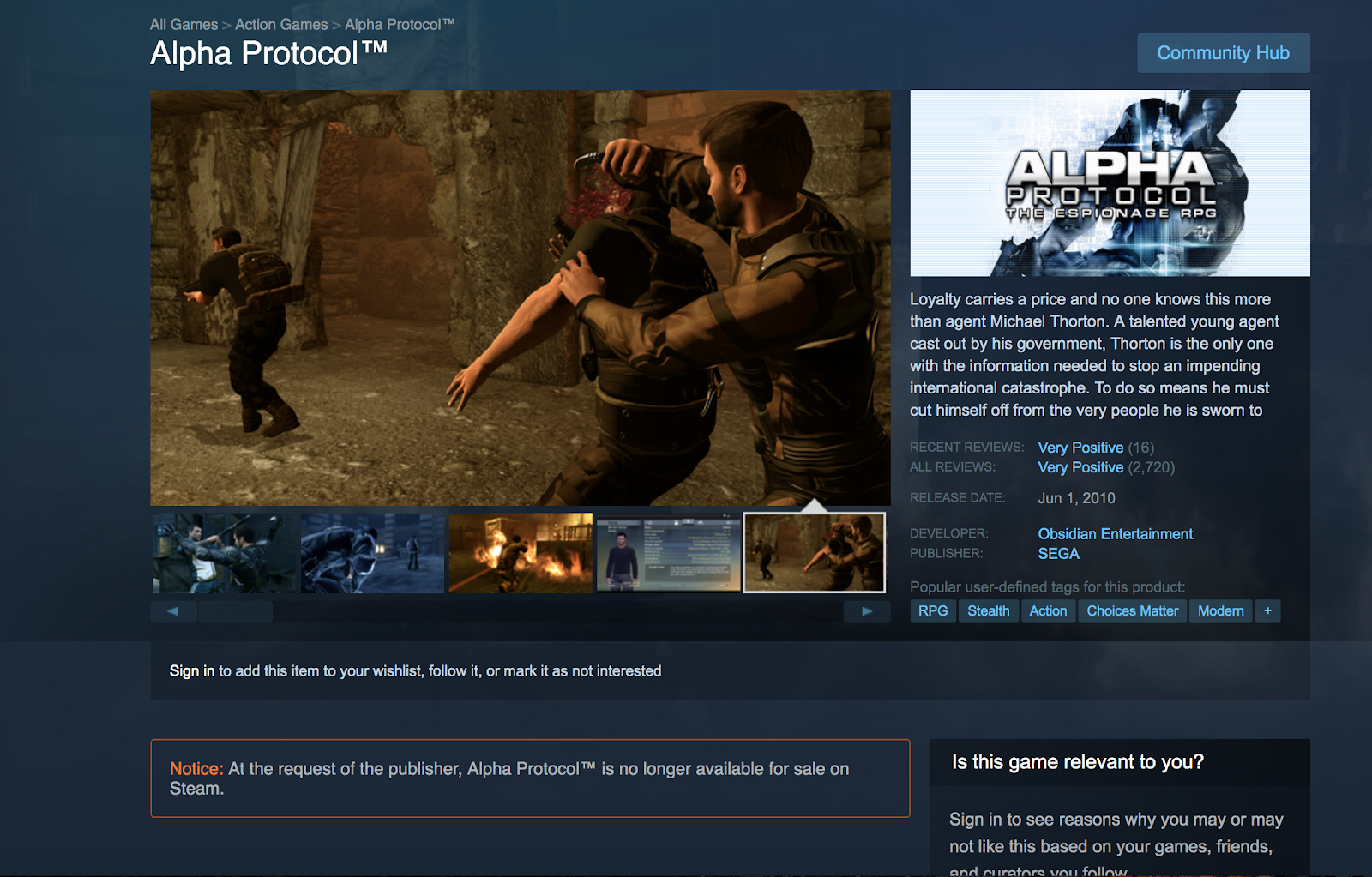 Alpha Protocol is messy but interesting game, telling the story of a disgraced spy and offering players countless ways to interact with their surroundings.

It is particularly notable for its robust dialog system and complex branching story paths. Characters will comment on the player, down to their clothing choices in some cases, and it can take multiple playthroughs to see the certain hidden scenes.

The game’s removal from Steam is a reminder that digital storefronts are convenient but not always reliable tools for accessing classic games.