Battlefield V is changing the name of a purchasable skin for a German soldier after it came to light that the name historically belonged to a real-life German anti-fascist fighter. Oh, and EA wants you to know that he’s totally not a Nazi.

As reported by Vice Games, the skin in question was called Wilhelm Franke. In-game, he’s pretty villainous. A YouTube video advertising the skin showed the character, a German explosive expert, killing Allied soldiers and watching a survivor bleed to death.

“Need something obliterated? He’s your man,” the description says.

One problem: there actually was a Wilhelm Franke, and he sure as hell wasn’t a Nazi. He was a German teacher turned anti-fascist resistance fighter, who was later arrested for his activities. He died during the air raids on Dresden in 1945. 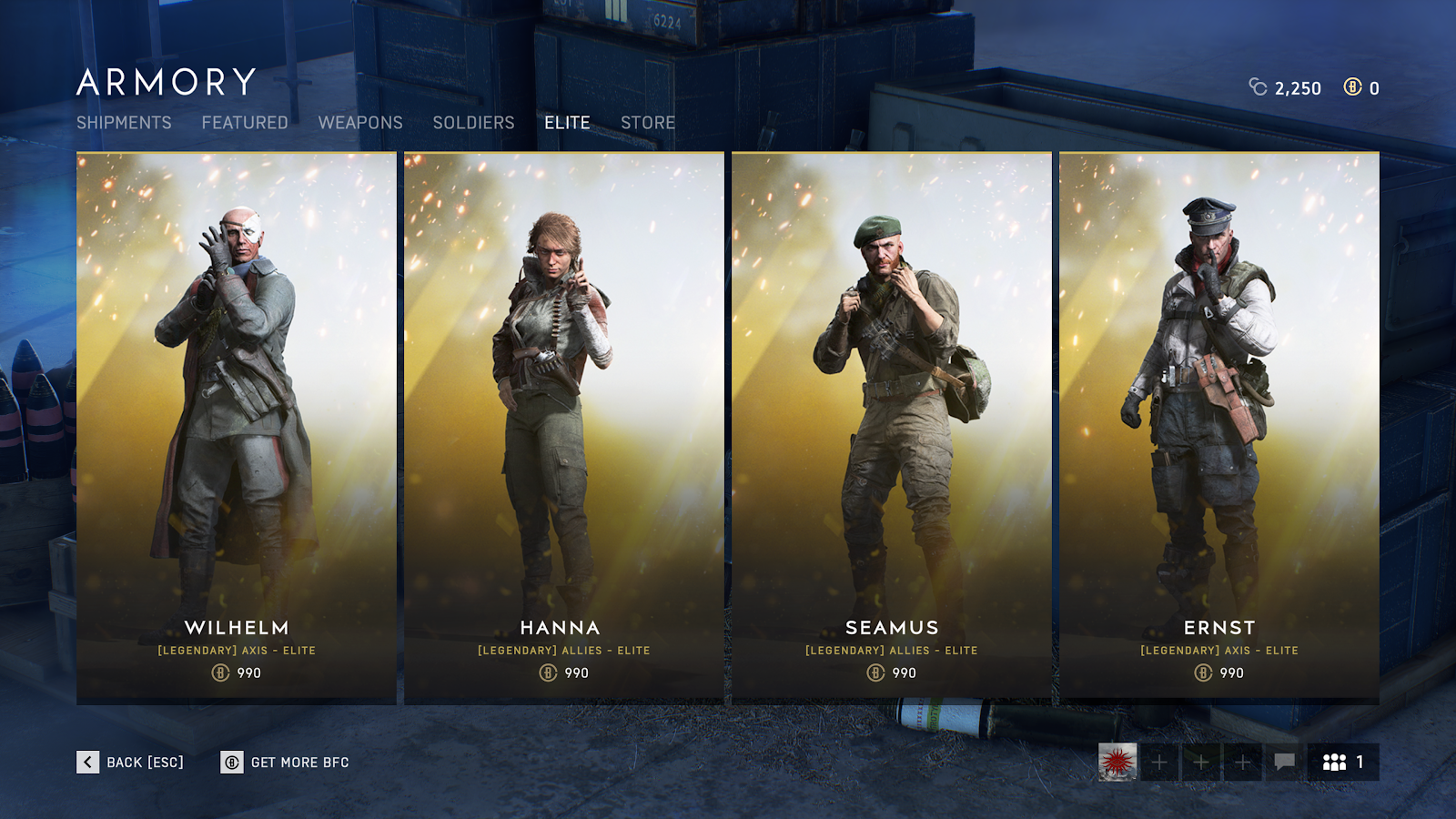 In a statement to Vice, EA apologised for the situation and stated they will be changing the skin’s name. The Wilhem Franke skin costs around 990 Battlefield Currency. As of today, the skin is still available for purchase. Fixing the name is a relatively quick way to avoid treading on the real Franke’s legacy.

To be safe, EA also really wants folks to know that the fictional Franke, a Wolfenstein-worthy villain, is totally not a Nazi.

“The aforementioned Elite, Wilhelm Franke, whose name we’re changing is not a Nazi, but a German solider similar to ones we already have in the game,” EA told Vice. “In Battlefield V, we’re not making any political statements in relation to the real life events of WW2 and there are no swastikas in the game.”

Battlefield V has tread similar ground before: Their first story expansion, The Last Tiger, focused on the struggles of a German tank crew. The story attempted to capture the tension of soldiers compelled to protect their homeland while also abetting a dangerous regime, but it painted a soft picture that fell short of really examining the issues.

Battlefield V goes to great lengths avoiding explicit Nazi iconography like swastikas but does feature the iron cross, a symbol original used by the German Empire which was then co-opted by Hitler’s Nazi regime. It’s still used by some modern white supremacist movements today.

EA’s statement arguably plays into rhetoric used to whitewash German atrocities during WW2. There is a popular historical myth called the Clean Wehrmacht, which states that the German army was a politically neutral entity largely innocent of the crimes committed during the war. It ignores complicity in the Holocaust as well as documented war violations against the Red Army. Even if you remove swastikas, there’s still plenty of politics and history at play.

It’s unclear when the skin’s name will be changed or if it will remain purchasable. Just remember that whether it’s changed to “Doktor Death” or whatever else, he’s totally just a normal dude fighting for the Reich.