We’re not even a year on from Tesla founder Elon Musk’s settlement in a case about using an artist’s work without credit and we’re back here again, this time over some fan art of Nier Automata’s star 2B.

The tech billionaire, who has over 27 million followers on Twitter, posted the art over the weekend in a tweet with the caption “2b”, with no link or even mention of where it came from. He then added a follow-up tweet that read “wd b…2 make real”. When informed about this via replies, his response was: 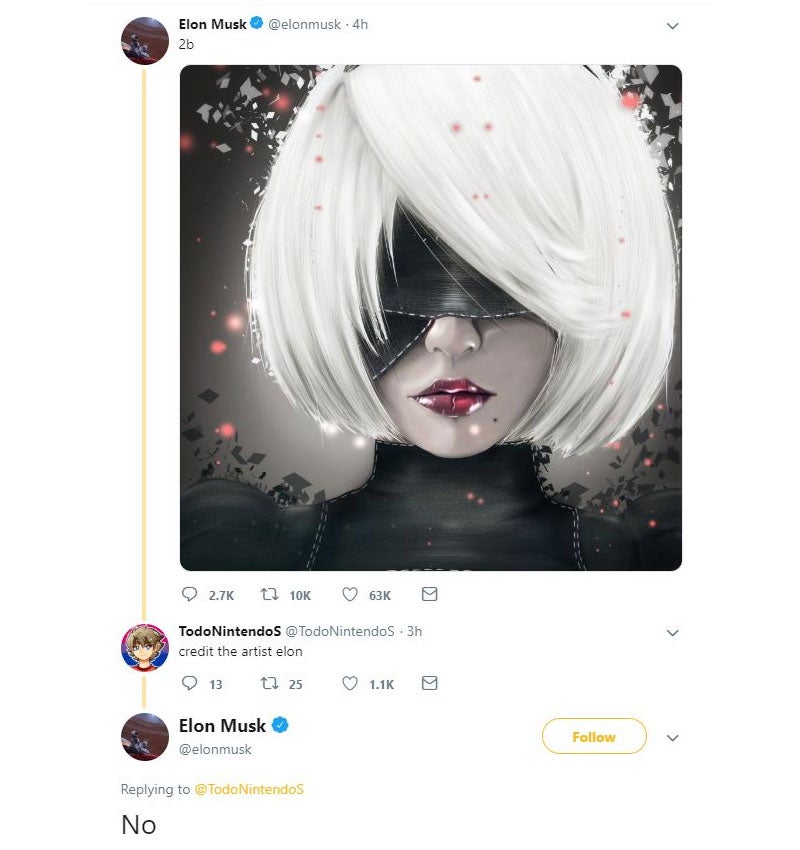 The issue here isn’t that he posted the art; loads of people post uncredited art on social media all the time, and as shitty a thing as that seems in isolation, sometimes it’s just an oversight! One that’s easily fixed by, you know, adding the credit.

The issue—aside from the fact this is an account reaching 27 million users—is what happened next. Rather than apologise, add a credit in a reply or repost the art with a credit attached, he followed up with “always credit everyone”, “no one should be credited with anything ever” and the doozy below, then deleted all of them, including the original image tweet. 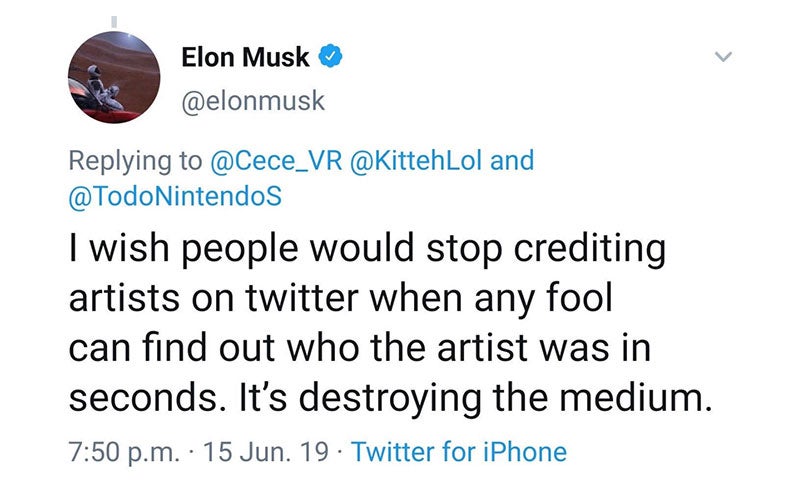 The artist responsible is Meli Magali:

OMGGGGGG, IIITTSSSSSS MEEEEEE ???? My account explodes. JUSTE THANKS A LOT ALL for protecting my art and for notifying me ????

And you can see more of Meli’s work at her Artstation page and Twitter.