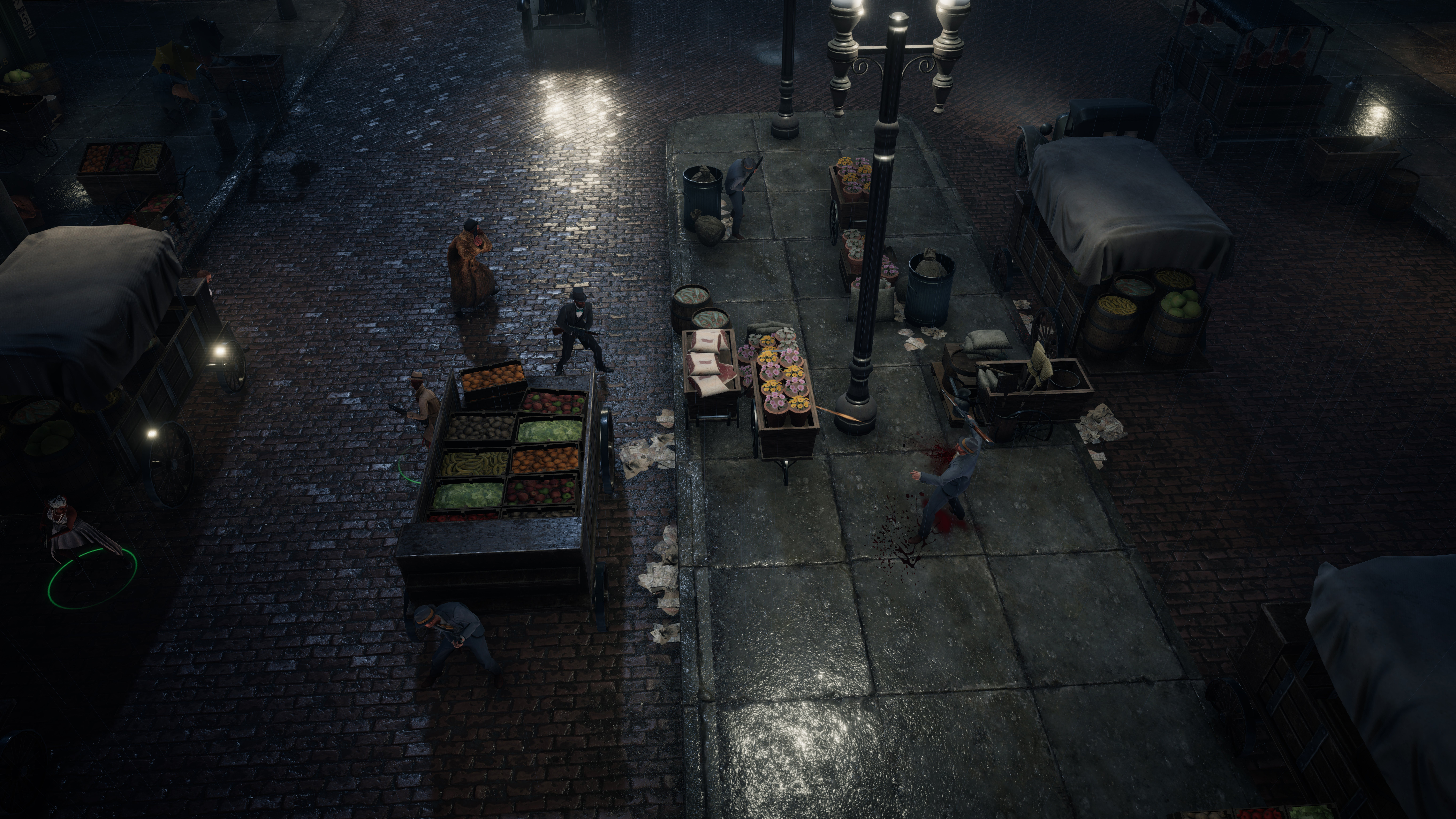 Empire of Sin, a complex tactics game about running a mob empire in Prohibition-era Chicago, is the game Brenda Romero always wanted to make.

When you talk to John Romero, the renowned creator of Doom and now part of the husband-and-wife team Romero Games, he gushes about Empire of Sin. It’s a complex web of social interactions and turn-based combat that he calls “mechanic soup.” That, he said, is the reason that Brenda was the perfect person to make it.

“I mean, in interviews, the question of ‘where does this come from?’ comes up,” he said. “I tell them, this is Brenda’s design, she is lead game designer, she’s wanted to make this game for 20 years. All her experience on Wizardry 8 and working on Jagged Alliance, playing Civ for decades, playing X-Com — she wanted to put all of that into her favourite time period, which is Prohibition-era Chicago.”

In the short demo that members of Empire of Sin’s development team (including John, but not Brenda) showed me at E3 yesterday, we took Al Capone fresh from Brooklyn straight into gunning down men at a Chicago speakeasy. From there, he was able to recruit other people to his gang. Romero called these “Recruitable Player Characters.”

They’re not quite non-playable characters, because you do control their actions in combat. But they are lesser in importance than the boss. These members of your gang can come with you to rumbles with other gangs, but also have defined personalities and relationships. One member of our gang, Maria, had a lover and a couple of friends. Romero told me that if we ended up having to face her lover in combat, Maria might try not to hurt him, or even refuse the order and not come.

It was at that point that I first understood the scale of Empire of Sin. It seems like an enormous game with a lot of moving parts. Not only are you recruiting and promoting members of your gang, you have to take over territory that belongs to other mob bosses.

Some of these mob bosses are fictional, while others are drawn from history. All of them have special abilities related to their area of expertise.

We played as Al Capone during the demo, who has a special ability for his tommy gun allowing him to lay down a spray of bullets. Ian O’Neill, associate developer at Romero Games, also told me about Daniel McKee Jackson, a real-life black mob boss who will be playable in the game.

Jackson was also an undertaker, and ran gambling dens in the basement of his funeral home. His special ability is called “Funeral Director.” They didn’t tell me what that does.

You also have to supply your speakeasies with alcohol, which you brew yourself, given that Prohibition is still in effect. You can just brew swill, spring for something higher-quality, or even make poisoned alcohol to trade to rival gangs. Your activities can get you in trouble with those rivals, though.

Sometimes you’ll need to sit down for meetings with a rival, selecting dialogue choices to either smooth things over or make them worse. If those turn sour, well, get your guns out because it’s time to waste some fools.

The level of depth in play makes Romero Games’ partnership with Paradox very understandable. Empire of Sin has a real danger of becoming too much game—too many pieces to juggle, too many resources to keep track of, too many characters to remember the names of.

In the demo that I saw, it all seems to coalesce, and I have faith in Paradox’s track record with strategy games like Stellaris and Crusader Kings II. Still, I have the tiniest bit of apprehension. Even a very good team like this one can make missteps.

The core of Empire of Sin, though, is Brenda Romero. She has a personal fascination with Prohibition-era gangsters, and the resume to back up what she wants to develop, her husband said. John pointed to her work on board games like Train or Sȋochân Leat as examples of how smartly she turns aspects of life into meaningful game mechanics.

These are both games that take real-life events and break them down into their component parts, revealing the systems of our history and everyday life. That’s the approach she took to turning the history Prohibition into game mechanics, he said.

“You basically look at, well, what did they do? It seems like they killed a lot of rivals, so that seems like some combat stuff. They became powerful through money, and that was through illegal gambling rackets and all these different places. So it’s like, we need to be able to have that in the game somehow, and turn that into a game where the other people are doing the exact same thing,” John said.

“As long as all those things make sense and work together, you can take real-world stuff and turn it into systems.”

Even though it’s Brenda’s dream project, many people see the name “Romero Games” and immediately think of John. He said that Brenda doesn’t mind for now that people are assuming that her dream game is primarily being developed by her husband.

“With Brenda, she’s like, ‘Don’t tweet this isn’t John Romero’s,’ or whatever,” he said. “She’s like — this is great, we’re getting press, they’ll find out she’s lead game designer, it’s not going to be a problem.” Given that Brenda wasn’t there at E3, I’ll have to take his word for it.