No Straight Roads is a rhythm game inspired by the strong visual storytelling of Psychonauts. Playing it feels like rocking out in front of a surreal, vibrant crowd.

At E3 last week, I was able to play a short demo that included the first boss fight, and as someone who also loves live music, I was pleased by how much it spoke to my own experiences in clubs and people’s basements across America.

Controlling Mayday, I ran around the screen, collecting and shooting musical notes at the boss with my guitar. As we fought, with me timing my attacks and dodges to the evolving beat, the view of the boss zoomed out until I could see planets orbiting around him.

“The idea of him is, he thinks he’s the center of the universe,” said Wan Hazmer, No Straight Roads’s director, while I was playing.

That’s an observation that’s been made about producers elsewhere in fiction about music. In Kieron Gillen’s The Wicked and the Divine, the DJ-esque character Woden is a self centered manipulator, obsessed with controlling the appearances and lives of the young women he outfits in his powerful machines.

The way that No Straight Roads expresses this boss character’s megalomania is what makes the game special. He barely talks, but he doesn’t need to. Through dodging the planets he throws at you, and by watching him grow until he dwarfs the player and also showing the planets that actually do revolve around him, No Straight Roads makes a point about his character without using dialogue.

Hazmer, who was lead game designer on Final Fantasy XV before working on No Straight Roads, said that he grew up playing games like Psychonauts, and their visual storytelling left an impression on him.

“The reason why we made this game is because we were trying to look back at games from the 2000s era,” Hazmer said. “We had Space Channel 5, we had Jet Set Radio… We wanted to bring those joys to the modern era.”

Hazmer says he’s using the lessons he learned from those action adventure games and putting them into practice, and from his description of the rest of No Straight Roads, that sounds accurate. One boss he told me about was a classical musician whose mother puts pressure on her.

During that boss fight, Hazmer said, the mother has strings hanging down from her hands, controlling her daughter like a marionette. She takes up more and more presence on the screen as it becomes clear that the pressure she has put on her daughter is hurting her. 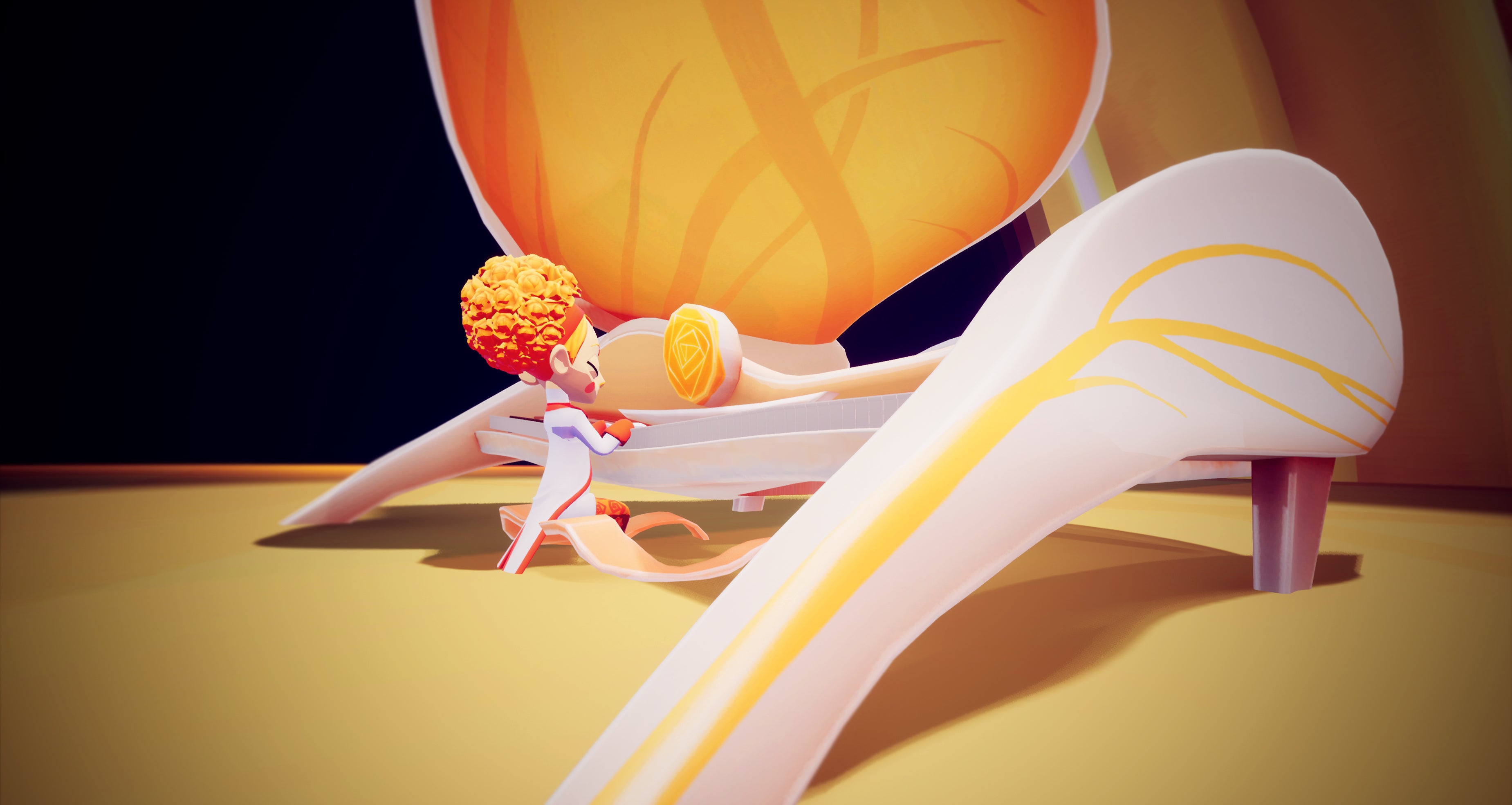 “So, the mother is trying to protect her daughter. She’s holding her daughter by strings, thinking that she’s protecting her. But it can also be viewed as she’s controlling, right?” Hazmer said. “And she becomes bigger and bigger, and she goes to the heroes, like, ‘Stop ruining her performance!’ But she’s actually destroying the stage at the same time.”

More than anything, No Straight Roads is about music fandom, and that’s what makes the game sing. Hazmer said that the game was borne out of his own love of music, and what he feels is at the heart of being a music fan: arguing. He said that he and the co-founder of his development studio, Metronomik, argued about art and music all the time.

“We’d always go, ‘my taste is better than his shit,’” Hazmer said, “and we’d always revert to the classic tale of rock vs. EDM.”

No Straight Roads sees underground rock musicians Mayday and Zuke take on the evil EDM empire in Vinyl City, in yet another rehash of the rock vs. electronic music debate. Hazmer insists that he has no stake in this fight and loves all kinds of music. In fact, he said that the best show he ever saw was Prodigy, despite the rockist stance of the game he’s working on.

Playing the game, I could see and hear that. In the boss fight I played, the beat changed with each new stage to the fight, turning from something simple into a fully-fledged song. I was grooving to it, and the more I grooved, the better I got at the game. It gave me the feeling that you get from the best concerts—that the music is a part of you.