Final Fantasy VII Remake, Avengers, And Other Promising (And Confusing) Games We Saw At E3 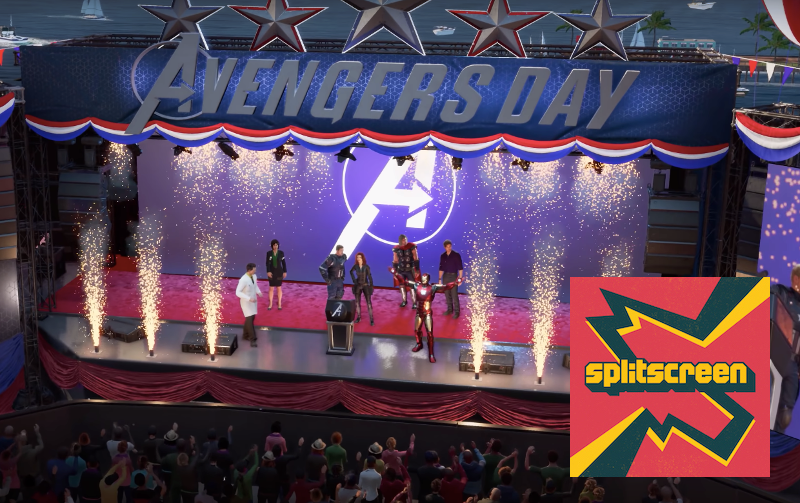 E3 2019 brought us demos and details about games we can’t wait to play, like Link’s Awakening and the Final Fantasy VII remake, but it also threw us some real head-scratchers, like that upcoming Avengers game. On this week’s episode of Kotaku Splitscreen, we ran down all the coolest and most befuddling games that we got to see at E3 last week.

We start out by discussing the games we’ve played since E3, which in my case is still Phoenix Wright, but for Kirk and Jason is mostly Outer Wilds. After that, we get into our big E3 roundup (34:29), including all of the games we played and the hands-off demos that we watched. Lastly, we get into off-topic talk (1:17:18) about Stephen King’s On Writing and that Dark Phoenix movie I unfortunately watched.

Read a rundown of our E3 highlights below.

– At the Nintendo booth, I enjoyed Marvel Ultimate Alliance 3 and Luigi’s Mansion 3, and of course, Jason and I both played Link’s Awakening, each of us tying to speed-run to get as far as we could.

– Jason checked out Hollow Knight Silksong, the followup to Splitscreen favourite Hollow Knight: “It felt just like Hollow Knight, except you’re playing as Hornet, which is a little bit different… For example, when you do a downward slash, instead of going straight down, you go diagonal. That in itself changes everything.”

– Jason also played the Final Fantasy 7 remake; it gives the characters more to say, which is cool, although “some of the lines are kinda cornball.” It also fleshes out the action: “The combat is really cool, it’s not button-mashy like a Kingdom Hearts game. It has a great rhythm to it where you’re slashing away.”

– As for Dragon Quest Builders 2, Jason had this to say: “I loved the first one, as I raved about on this show, and this second one looks to fix all the problems that people had with the first one.”

– Jason saw hands-off demos of both Cyberpunk 2077 and The Outer Worlds, which ended up feeling similar: “They’re both like, choose your own path: you could go non-lethal, you could go hacking.” But, of course, there’s one big difference between them: “The Outer Worlds is very low-budget; it’s made by a team of 70-80 people, compared to Cyberpunk, which is made by a team of 500+ people. ”

– I played and adored the demo for Dragon Ball Z: Kakarot, since it taps into my DBZ anime fandom, but the game does have some clunky issues that I covered in my writeup.

– I also enjoyed playing the demo for Man of Medan, a new horror game from the Until Dawn team featuring all new characters in a super spooky, sea-faring scenario.

– I watched a hands-off demo of some Call of Duty scenes that, apparently, will change before the game comes out.

– The Crystal Dynamics Avengers game looks weird, ok? It just looks weird, and in particular, I can’t wrap my head around how the multiplayer’s going to work. Here’s an excerpt of our thoughts on that:

Maddy: …Hulk’s abilities are so specific that I’m like, how could you design a mission that could be done by Black Widow but also Hulk, and it’s the same mission? I don’t see how that’s possible, so I am just assuming that that can’t be how they’re designing the game, because I don’t see how that could work.

Maddy: Supposedly, yes. I am saying I doubt that that’s possible, but I could be wrong.

Kirk: The risk with that is that the missions are all really boring as a result. The more specific you can be to the character’s skillsets and design something that requires Hulk — I mean, that’s the whole thing of the Avengers, is that there’s always the one thing that only Hulk can do, or only Black Widow can do, or only Tony Stark can do. To remove that, which you kind of have to do if you’re going to have the idea of people levelling up their Hulk character, it’s a challenge… I don’t know how you make a fun Avengers fight that doesn’t require people to be their own individual strengths and weaknesses.

Jason: I’m sure that’s the challenge they’re facing, but it seems like the single-player solo campaign is the solution for that, and then multiplayer stuff will just feel like a different game entirely. That’s what it is sounding like.

Kirk: Some of this is so groping the elephant, because we just don’t know, and they didn’t say. We could go around in circles forever.

Maddy: I know, I shouldn’t even speculate as much as I have. The only reason why I have is because I’m excited about it.

Jason: Yeah. But they were very clear about the fact that — let’s say there’s a 20-hour campaign, or whatever. Think of Destiny’s story campaign. You don’t pick your Avenger, you just rotate through them based on the mission.

Kirk: Oh, we got that. But that’s not the thing anyone’s curious about.

Jason: Yeah, but if that’s all you play, and let’s say it’s 20 hours, then you get a 20-hour Avengers campaign that’s based around that. And then the other stuff, the co-op stuff, will just feel like a different game. That’s what it’s sounding like, but we’ll find out.

I mean, everything we’ve heard about this game is like, oh man, there are many reasons to be sceptical. It seems like it’s coming in hot. We’ll see what happens in May. I’m very, very curious about this one. It might be one of those cases where it’s like, well, this game has a lot of issues and they’ll patch it over time, because they say they’re gonna stick with it and just be one of those service games.

Except this time, instead of it being like Anthem where you just have to wait around for them to fix it, there’s also this single-player story attached that you can just enjoy.

Kirk: One more thought based on what you were saying, Jason. That description of the single-player campaign, where you’re playing a carefully created thing with a bunch of set pieces and puzzles and stuff for each character, that’s Crystal Dynamics’ wheelhouse. That’s what they do. So, actually, if the game is just that? It would make sense.

Maddy: That stuff sounds better to me than weird missions that are trying to shoehorn certain Avengers into situations where they wouldn’t necessarily be. Just a bespoke single-player campaign that shows off each character’s powers in a row? That’s actually fine with me, even if they can never effectively work together, which in the demo I saw, it was hard for me to imagine how that wold work, as well. Seems like they’d all be too powerful and also like that’d be really hard to choreograph, fight design-wise.