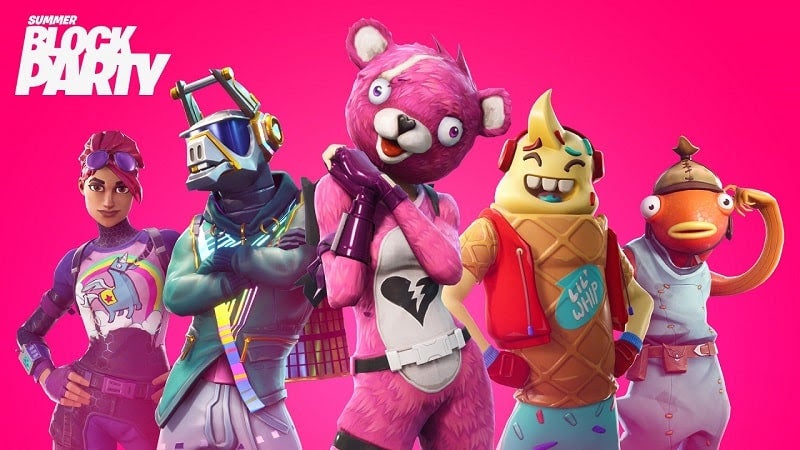 During last weekend’s Fortnite Summer Block Party, 13-year-old Deaf streamer Soleil “Ewok” Wheeler played in the event’s Celebrity Pro-Am and met some of her favourite streamers. While it was cool to see a young player have an awesome time, it was even cooler to see a high-profile example of accessibility in gaming.

As reported by Dexerto, Ewok was a small Fortnite streamer who hit the public eye when streamer TimTheTatMan hosted her stream last March, catapulting her from less than a thousand followers to currently over 136,000.

Since then, she’s gained more followers and prominence, even squadding up with popular Fortnite streamers Ninja, DrLupo, and Chap.

Last weekend, she teamed up in the Fortnite Celebrity Pro-Am with Atlanta Falcons quarterback Kurt Benkert to donate $US20,000 ($29,192) to the youth programs of the National Association of the Deaf.

Benkert learned American Sign Language (ASL) for the matchup, and the two communicated during the match via Facetime and private chat.

According to her Twitter feed, Ewok met many of her favourite streamers at the Block Party, including TimTheTatMan. “Here’s the guy who changed my life when he hosted me. Thank you so much, TimTheTatMan. Finally got a chance to meet you and thank you in person,” she tweeted alongside of picture of her with TimTheTatMan.

Here’s the guy who changed my life when he hosted me. Thank you so much @timthetatman ???? Finally got a chance to meet you and thank you in person. #tatmanarmy forever!!! ❤️ pic.twitter.com/qlFna1yNH9

She also met streamers Ninja, Tfue, and Nickmercs. Several streamers, such as Fortnite player Aydan and Nick Eh 30, learned some ASL words to talk with her. DrLupo also communicated with her in ASL.

Fortnite developer Epic Games made sure Ewok was able to communicate with others during the Pro-Am. “I’m so impressed with Epic Games how they accommodated me as a Deaf gamer.

They invited me on stage after the Block Party to make sure that the logistics of interpreting is effective, where she is gonna stand and what to expect,” Ewok tweeted, sharing video of the Pro-Am event staff coordinating with her and her interpreter.

I’m so impressed with @EpicGames how they accommodated me as a Deaf gamer. They invited me on stage after the Block Party to make sure that the logistics of interpreting is effective, where she is gonna stand and what to expect. I’m ready for tomorrow for the Pro-Am! ???? pic.twitter.com/UA5KwBT2Mk

Fortnite casters Zeke and Sundown learned some ASL to talk with Ewok about her favourite dance and weapon.

This is so awesome! Well done @FortniteGame and #SummerBlockParty for bridging the gap. So great to see @EwokIts absolutely killing it in game and showing us all you don't need sound to play with the best! #Fortnite pic.twitter.com/fVT37BsQUi

“I’m so thankful for all that Epic Games has done for me and the Deaf community,” Ewok tweeted after the Block Party. “They learned signs to communicate with me and embraced who I am as a Deaf person and gamer. I already loved Fortnite long ago but now this whole experience made me fall in love with it even more.”