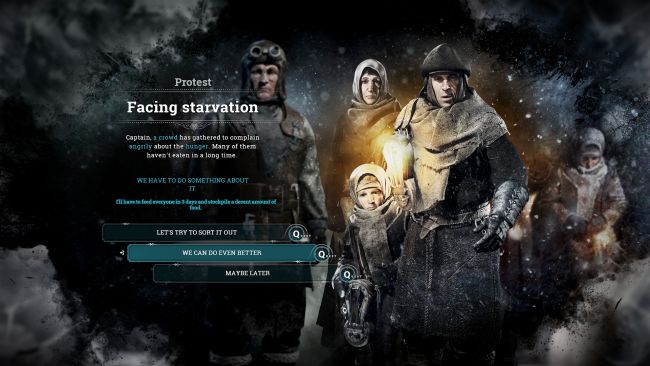 Snowy city-builder Frostpunk was one of my favourite games of 2018, even though most of my Victorian outposts fell to cold, starvation, or citizen uprisings. Video producer Paul Tamayo and I sat down with the game’s developers from 11 Bit Studios to talk about how they’re bringing the PC survival game to consoles this winter.

In the video above, lead designer Kuba Stokalski walks us through the opening 20 minutes of Frostpunk and shows off some of the changes the studio has made to the game for its console build. The menus have been redesigned with controllers in mind, including a hub menu, new UI options that provide quick access to assigning a building’s most essential functions, and a top-down view that takes advantage of a controller’s analogue sticks.

“We don’t really want to call it a port,” Stokalski told us. “It’s not just slapsticking the controller support on it. We really wanted to build this from the ground up to feel like a native console experience.”

We also talk about some of the challenges the game’s development team faced by spending their work days researching and playing Frostpunk’s grim survival scenario.

Stokalski told us that the team researched people who have experienced difficult living situations, such as plane crash survivors, prisoners in gulags, and also people who live on space stations and Antarctic research bases. Those inspirations have been woven into Frostpunk’s gameplay.

“We try to make your outlook part of the game system,” he says. “The tradeoff that all good game choices have is not purely on the gameplay, mechanical side—do I get less of this or less of that?—but are you willing to sacrifice some of your values that drive you as a person to get this done?”

Frostpunk for consoles has no set release date yet, but the studio hopes to have it out by the “end of the summer.”