The year is 2019. Cities lie in rubble. Pollution blots out the sun’s life-giving rays. The PC gaming landscape, once united under Steam’s questionable but convenient near-monopoly, is still mostly that way, but also there are some more launchers. The Epic Games Store. Origin. Uplay. Battle.net. The list goes on.

The people cry out: “Who will launch the launchers?” GOG Galaxy 2.0 hears them, and it’s ready to save the day. Well: mostly ready.

GOG Galaxy 2.0, currently in closed beta, is the latest version of GOG’s own Steam-like client. It promises to let you pull all of those various game launchers into a single interface, bringing your whole game collection together. At this, it mostly succeeds. I spent a portion of today trying out the beta, and while it’s not feature-complete yet, the core experience is refreshingly smooth. 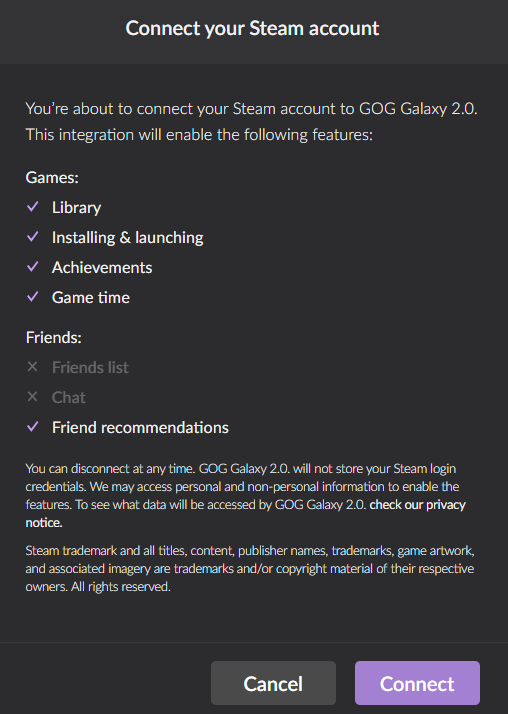 Connecting to other platforms is as easy as selecting the “connect platforms” option from the drop-down menu. Then you get a selection of platforms divided up into two sections: “Official Integrations” and “Community Integrations.”

For now, only GOG and Xbox Live are officially integrated, while Battle.net, Epic, Origin, PlayStation Network, Steam, and Uplay are all currently only available as community-created integrations. However, these integrations all function similarly, allowing you to import games and, depending on the platform, game stats, achievements, and friend recommendations into GOG’s aspiring monolith. I gave this a try with Steam, the Epic Games Store, Origin, and Battle.net, and it worked like a charm. Honestly, the hardest part was remembering passwords I’m not used to entering because I keep them all saved in clients. But after logging into pop-up windows associated with those accounts, I was set. GOG began the import process, and even in the case of Steam, where I have nearly 1,000 games, it took just a couple minutes.

I was then able to view all my games at once, or according to subdivisions like platform, genre, and whether or not they were installed. There are also custom tagging and rating systems for organisational purposes. My games’ individual pages, meanwhile, included activity feeds and progress tabs with achievements, if the platform supported them.

These stats appeared on Galaxy’s “recent” page as well, alongside a bevy of other stats about playtime habits. 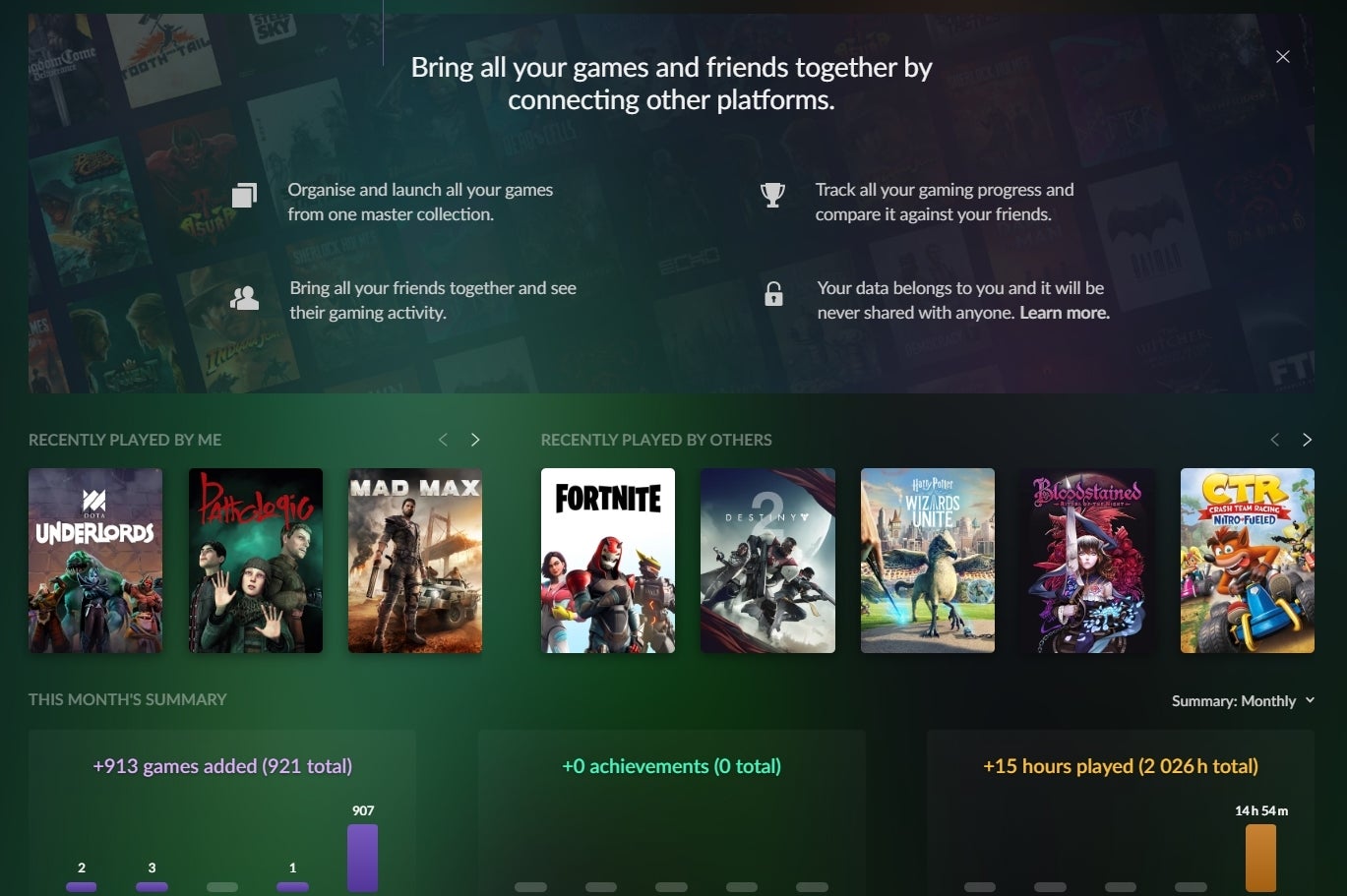 Launching those games was, again, simple, but GOG isn’t a miracle worker: Galaxy doesn’t open games within its own ecosystem, but instead launches the games’ corresponding launchers. I tried to play Dota Underlords from within GOG, and seconds later, Steam was open and updating the game. So even with GOG Galaxy 2.0, you’ll still need to install other launchers. GOG Galaxy just gives you one master list, so you can behold your entire library and click once to start playing.

Other promised features are tantalising, but currently not available. The new launcher’s website touts “cross-platform chat” and “one friends list.” For now, however, those features are not enabled, nor is the less-enticing “friend recommendation” functionality that connects you with other GOG users based on info from other platforms.

It’s not yet known when the fabled Friends List To End All Friends Lists is coming, but here’s hoping it’s before Galaxy 2.0 goes live for everyone. There’s no date for that yet. 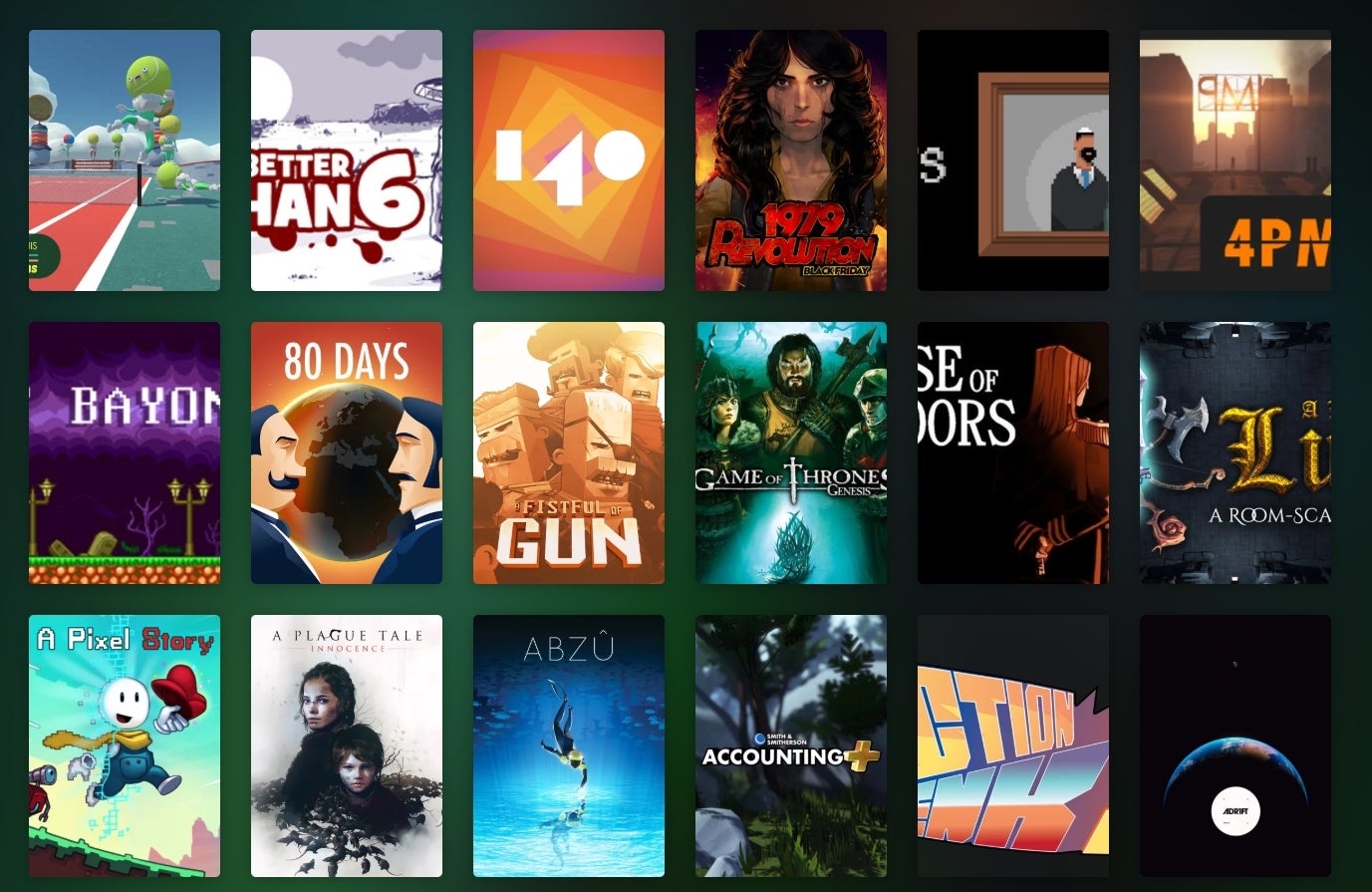 Still, what’s already in GOG Galaxy 2.0 is promising, and the fact that integrations are open-source means that the community will likely connect a whole host of other platforms before it’s all said and done. It’s not exactly a perfect launchertopia emerging from the ashes of the launcherpocalypse, but it at least makes everything a little more convenient. It is, if nothing else, a start — and likely much more.