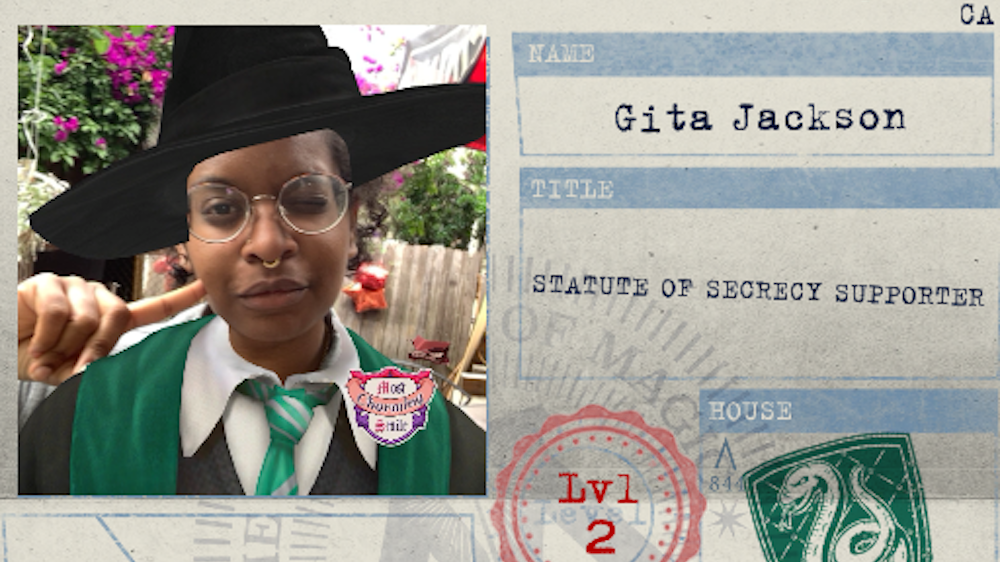 Harry Potter: Wizards Unite is the amount of game that I wanted Pokémon Go to be at launch. It’s polished, there’s lots of stuff to do, and it sometimes really makes you feel like you’re a wizard.

Having been a Harry Potter fan since I was around 11 years old, I am constantly combating the feeling of being a Harry Potter snob. I’m not a huge fan of any of the things J.K. Rowling has done with the series after the publication of the last book, and feel like the video games set in the Harry Potter universe have been largely missed opportunities.

I especially grew to resent Hogwarts Mystery, another mobile Harry Potter game, for constantly asking me for money.

As far as mobile games go, Harry Potter: Hogwarts Mystery isn't the first game to be stingy when it comes to energy metres and making the player wait to push the story forward. But rather than sitting idly or going off to do something else, one Hogwarts Mystery player opted to write a fanfic while they waited.

Wizards Unite, developed by Niantic of Pokémon Go fame, is a different beast than Hogwarts Mystery, and this time, I feel enthralled by it. It’s a step above Hogwarts Mystery and the perplexing Fantastic Beasts movies, and also seems like a refinement of the formula of Pokémon Go.

The similarities between Wizards Unite and Pokémon Go are hard to ignore if you’ve played both games. In Pokémon Go, you catch Pokémon that appear in locations in the real world, finding them by walking around and tapping your phone’s screen when you’re close to them. You can visit Pokémon Centres for resources, and battle other Pokémon in gyms.

In Wizards Unite, you find Foundables, which appear in locations in the real world, by walking around and tapping your phone’s screen when you’re close to them. You can visit Inns for resources, and battle dark wizards and other magical creatures in Chambers.

The difference between these two games is how you do those things, and how the games make themselves available to players who live in different places. This week, I’m in Los Angeles, which is not the most conducive environment for on-foot urban exploring. In fact, while fighting a Confoundable in order to capture a Foundable—the terminology of this game is incredibly dumb—the security guard of a nearby movie studio lot had to ask me to move out of their driveway.

But even during the times that I was stuck in my room waiting for a chance to get out and see what Los Angeles had to offer in terms of wizardry, I would still find Foundables nearby. They seemed to pop up if I had the game open and hadn’t changed my location for a few minutes.

Chambers, Wizards Unite’s analogue to Pokémon Go’s gyms, can be completed solo, which I’d never been able to do at a gym. In Pokémon Go, levelling your Pokémon is what makes it easier to complete gyms, and you’re incentivized to team up with other players to bring down powerful monsters.

I just never had enough friends that played Pokémon Go to do it myself. In Wizards Unite, completing chambers is more reliant on your personal player level. Foundables give you experience, but they’re not at all related to how strong you are.

Unlike catching Pokémon, which soon becomes a bore if you were at all good at flicking a Pokéball, fighting Confoundables in order to find Foundables is a varied activity that has managed to be fun and just challenging enough that I want to keep doing it. The plot of Wizards Unite has Harry, Hermione, and a new character named Constance Pickering trying to set the wizarding world right after the Calamity, which is an unknown spell that’s displaced people, objects, and memories throughout time. Foundables are those memories, and Confoundables are the specific spells that are being used to displace them.

One of my Foundables was a memory of Ron Weasley fighting a Dementor, from Harry Potter and the Prisoner of Azkaban, my favourite book in the series. In order to put Ron back into the right place in time and space, I used a spell, which I completed by tracing on the screen. Spell effectiveness is based on how accurately you trace the spell, and a timer that is shorter or longer depending on the difficulty of the Confoundable.

Now that I’m level 5, I’m a smidge better at fighting Confoundables than I was at level 1.

So far, I’ve only had a repeat Foundable once or twice. In Wizards Unite, finding those repeats can lead to greater rewards. Some Foundables are split up into multiple fragments, meaning that you’ll have to fight the Confoundable multiple times in different places in order to send them home.

In my short jaunt through Los Feliz, I discovered that Wizards Unite really does try to make the game feel magical, and that’s especially present when you’re fighting dark wizards. These fights are tricky to get the hang of at first, but once you find the trick of it, they settle into a ping-pong rhythm that makes you feel like your spells are really landing.

Unlike Foundables, where you only have to trace a spell, when you fight dark wizards you first have to drag a cursor on your phone’s screen to aim at their weak spot, then quickly trace a sigil in order to hit them with a spell. When you’re being attacked, you’ll have a short window of time to throw up a protective spell to keep you from taking too much damage.

That back-and-forth begins to feel like a real wizarding duel as you progress to deeper parts of the chambers, where the chances to protect yourself are on a much shorter timer.

All I have ever wanted in life was to get my letter to Hogwarts. Wizards Unite isn’t quite that engrossing, but it’s close enough for now. At least I know how to rope my non-Harry Potter obsessive friends into playing: “It’s a lot like Pokémon Go, but better,” I’ll tell them.