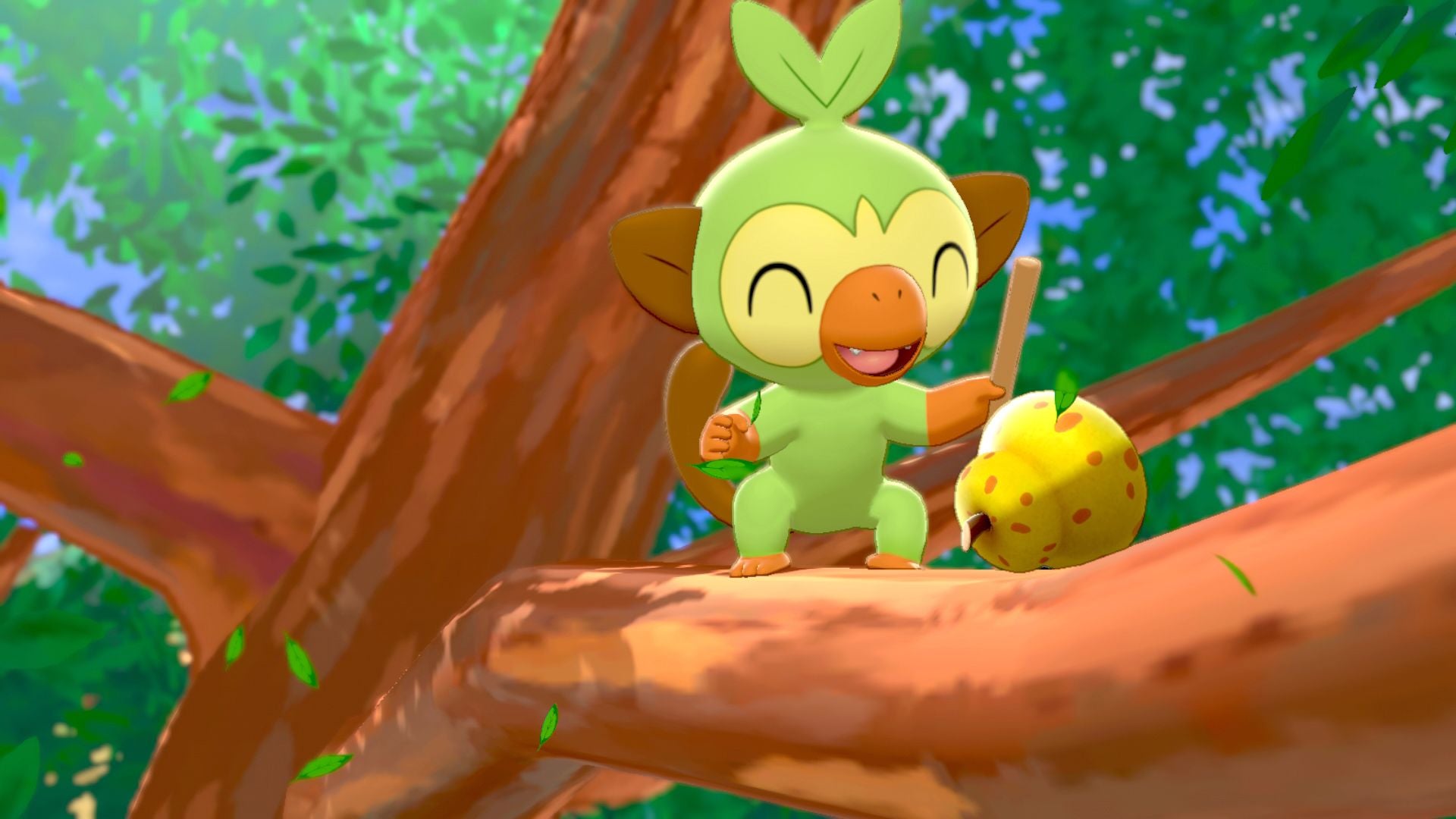 A five-minute Pokémon render looks something like this fruit, I’d guess. (Image: Nintendo)

Here is another thing you can’t do in five minutes: create a competent 3D model for a video game in 2019. Namely, for Pokémon Sword and Shield.

But there are some people who disagree, fuelled, like many great minds, by hubris and shoddy maths. Following the reveal that not all Pokémon will be available in the upcoming Pokémon Sword and Shield, one fan apparently speculated that adding them all would only take five minutes each.

People rose to the challenge, trying to prove that they could create an entire competent model for a current-gen, fully 3D Pokémon game in, you guessed it, five minutes.

Because creating 3D models in five minutes is a silly idea, the internet internetted and demonstrated exactly how that would look to prove a point with the hashtag #5MinutePokémonRenders. Hilarity ensued.

Nightmares also happened. This Golbat is my nemesis.

Here is a Politoed, or a reasonable facsimile!

i'm ashamed at myself that this took me longer than 5 minutes #5minutepokemonrenders pic.twitter.com/2x3nKa2kSG

Here is a Nidorino that I think was made with Nintendo Labo.

It seems this Cubone took not only its mother’s skull but also her face! Adorbs.

Here is Torchic with, in my head canon, its Blaziken parent. “Motherhood got you stretched in a million different directions?” Yes, indeed!

Here’s a picture my niece drew of me of when she was little.

And here is my fifth-grade class picture where I tried Afro puffs for the first time.

#5minutepokemonrenders
Found out about this so I grabbed swablu from a set of six random mons and gave it a shot. Wow! I managed to pace myself pretty good. pic.twitter.com/o1dns9iF4Q

Here is a lovely casserole dish.

And do you remember those Wonder Ball candies?

I tried to do this one in less than 2 minutes because I am not gonna model all those noodles #5minutePokémonRenders #ポケモン5分モデリング pic.twitter.com/gX75YIPsTm

well this is what i get for not opening sculptris in 5 years #ポケモン5分モデリング #5minutepokemonrenders #sneasel pic.twitter.com/cYF9h4O5z7

so uh. riolu in 5 minutes huh. its awful and i Hate it #ポケモン5分モデリング #5minutepokemonrenders pic.twitter.com/XSq1NKP3UV

And hey, another cameo from my worst nightmares, or maybe a rejected Devilman Crybaby design.

Spent a bit longer than 5 minutes because I had some issues with texture mapping and I wanted it to have more than just pink to it. #5minutePokémonRenders #ポケモン5分モデリング pic.twitter.com/z4NfYMQ4kD

This Gastly is actually not bad, if you consider the fact that gas isn’t always visible, and—

Here we have a cameo from Kimba the White Lion.

And my seventh-grade ink pens.

Some of these are actually good, like these models of the various forms of Porygon, a Pokémon based off of the idea of what competent modelling looked like in the ’90s. So hey, maybe that person was right after all!

some 5 min (and a few extra to texture) pokemon renders of the perfect pokemon for this challenge #ポケモン5分モデリング #5minutepokemonrenders pic.twitter.com/QFN4YKIwva

This thread is a pretty cool process log, showing the creation of a Sceptile model in five-minute intervals.

5 min Pokémon the thread. I do not know Gamefreak's pileline for characters. But this is how I would go about making Sceptile in 5 min bursts. This is just a highpoly which is only the first step in making a game ready character. #ポケモン5分モデリング #5minutePokémonRenders pic.twitter.com/jTrFYhpIOn

Some of them are just cute.

made the shiny version since i was at it and also finished Kyogre#5minutepokemonrenders #ポケモン5分モデリング pic.twitter.com/olr05VFneG

Jokes aside, it would probably take me at least an hour to even get my software ready to do all this, and another several figuring how to uncrash my computer. So I respect these artists for helping us learn a little more about their work. For my part, I’m just going to ask Mr. Mime to help me reconfigure my to-do list.