How The Choose Your Own Adventures Of 428: Shibuya Scramble Reminded Me Of My Past

I’ve visited Shibuya before, but never like this. 428: Shibuya Scramble, which was developed for the PlayStation 4 by Chunsoft, released in September 2018 outside Japan. It’s kind of like those old full motion video (FMV) games. But instead of telling the story through badly compressed and grainy video, it uses a series of high resolution live-action still images set to text.

What really caught my attention was that Shibuya Scramble was one of the rare games to receive the elusive perfect score from Famitsu magazine when it was first released in Japan in 2008. This put it on the same level as games like Vagrant Story, Ocarina of Time, and Dragon Quest XI. 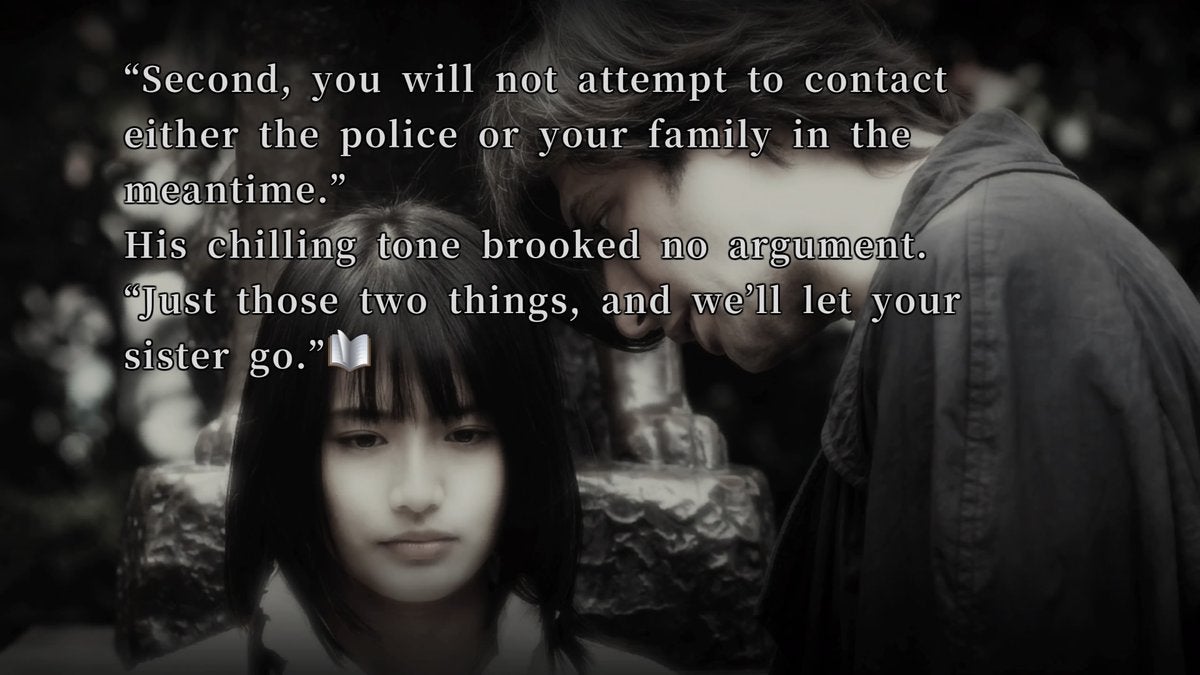 Shibuya Scramble is a crime thriller that begins with a kidnapping. You play from the perspective of five different characters, all of whom are somehow connected with Hitomi Osawa, whose twin sister was kidnapped.

In the opening of the game, she’s holding a suitcase full of money while standing in the famous Shibuya crossroads, when she’s accosted by criminals. Achi Endo, an ex-gangster who now cleans up trash, runs to Hitomi’s rescue, unaware of the situation. 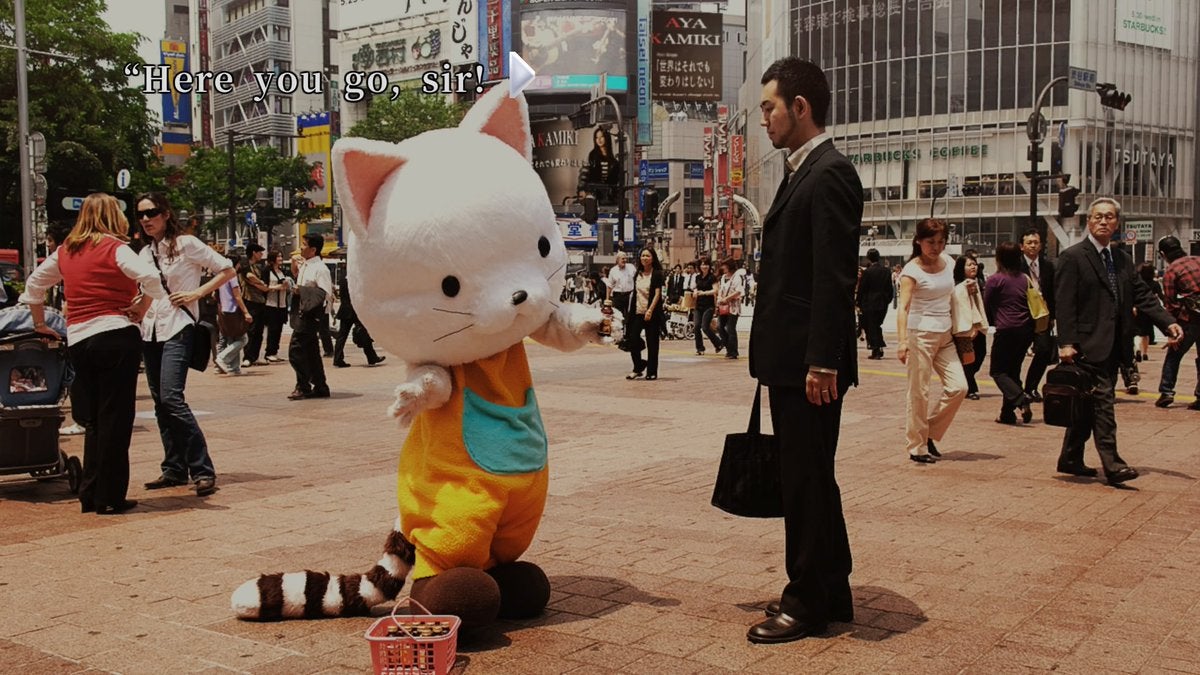 Tangential to them, there’s Tama, who’s working a day job inside a cat suit while promoting a diet drink; Minoru Minorikawa, a freelance journalist who is high on his work; and a scientist named Kenji Osawa who’s researching an anti-viral disease. They all seem like random strangers, but Shibuya, and its seedy underbelly, brings them together.

Your actions are limited to multiple-choice options. Choose wrong, and you’ll suffer a bad ending. You might choose right and still get the bad ending. That’s because of the parallel timelines in which you can jump from one character to another, change their actions, and as a result influence another person’s trajectory.

For example: Detective Kano is on a stakeout when he gets a call from his girlfriend who wants him to meet her dad. If you urgently rush to flag down a taxi, it slows down another character, Minoru Minorikawa, who’s rushing in the cab to save his old boss from committing suicide. 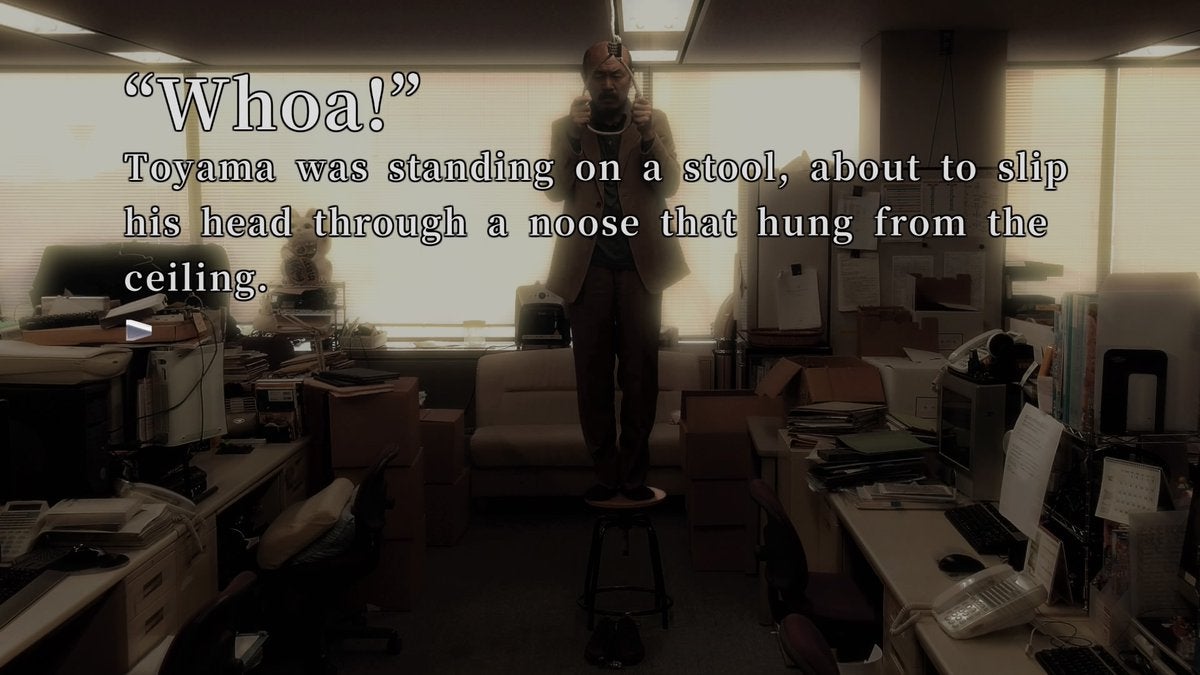 There’s a lot of trial and error to the process, and the decisions have bigger ramifications as the game progresses. But every time things stray into the more serious, a comic moment occurs.

Like when Kano is following a suspect on the subway, then bumps into his partner who’s dressed in an “anime-nerd getup” and elicits Kano’s incredulous stare. Then there’s the competition Tama has with a rival who’s dressed in a chicken suit and is somehow out-promoting her in the diet drink business, frustrating her to no end as she’s failing at her job. 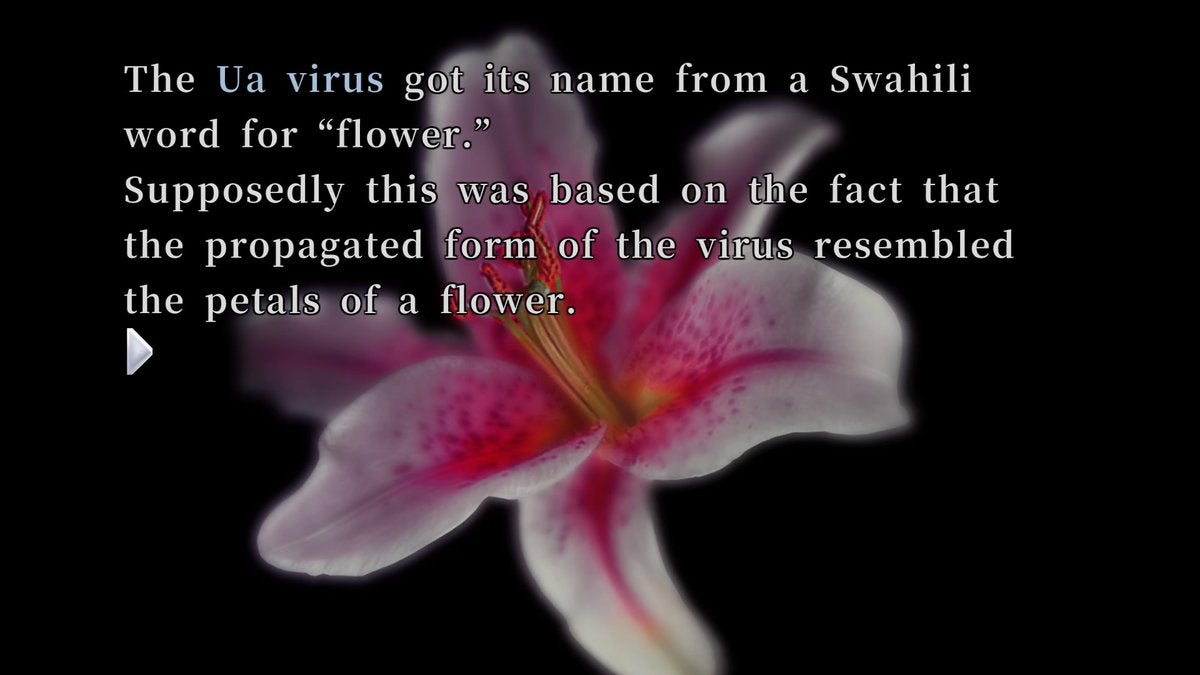 Matters take on a more sinister turn with Kenji Osawa, the director at Okoshi Pharmaceutical. He’s been working on an antiviral drug for a deadly disease caused by the Ua virus, named after the Swahili word for the flower that ravages its victims.

He receives an email with images of people suffering from the disease, and is blamed by a mystery sender for some crime that led to the outbreak.

There’s almost no voice acting in Shibuya Scramble, very little video, and only a series of stills to depict all the character interactions.

I’m only a few hours in, but I have to say, somehow, it all works. I want to know more about the characters, find out exactly how their threads connect, and also see the branching paths. One action, or one choice to refrain from acting, causes different possibilities that reveal more about who each of them are. 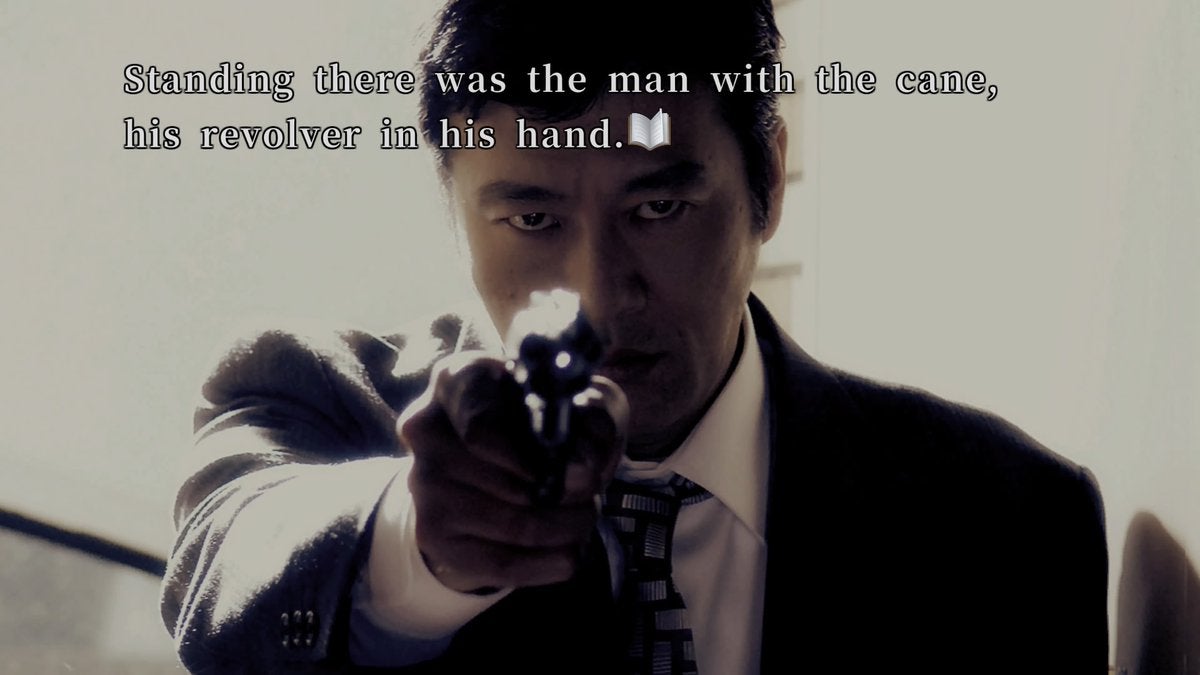 But there’s another reason I’m so intrigued, and it’s the way Shibuya Scramble reminded me of something from my past.

A long, long time ago, back when I worked at LucasArts, a couple of us wanted to do a side project. So we came up with the idea of telling fictional stories through photographs, similar to Shibuya Scramble.

They were called ‘webphotas’ (don’t scoff too hard, ha ha) and were put online as a way of bridging traditional text stories with visual imagery.

We did a few different stories. One, called Searching for Normalcy, was about a guy meeting a bunch of strangers at payphones throughout San Francisco.

Dark Serenity was a noir science fiction story about a detective who has to bring someone back from the dead to solve their murder. And Trois Soeur was a whimsical tale about three sisters and the dreams they have. We asked fellow co-workers to star in them, spending our afterhours working on these projects.

They were a blast, and so much fun to do. But they were also incredibly difficult to prepare for. It took a whole lot of time to write the story, prepare the story boards, scout the sets (all of which was done guerilla style), and find the right people.

I loved exploring different parts of San Francisco and the North Bay, finding places with distinctive architecture, and trying to frame stories around these unique settings.

Once that was all set, we had to do the actual shooting, which always ended up taking much longer than we’d scheduled for. We had expensive digital cameras for the time, but they were very limited.

Smartphone cameras these days take better pictures than what we had. We asked friends at LucasArts to add additional visual effects, like smoke and fire blasts. 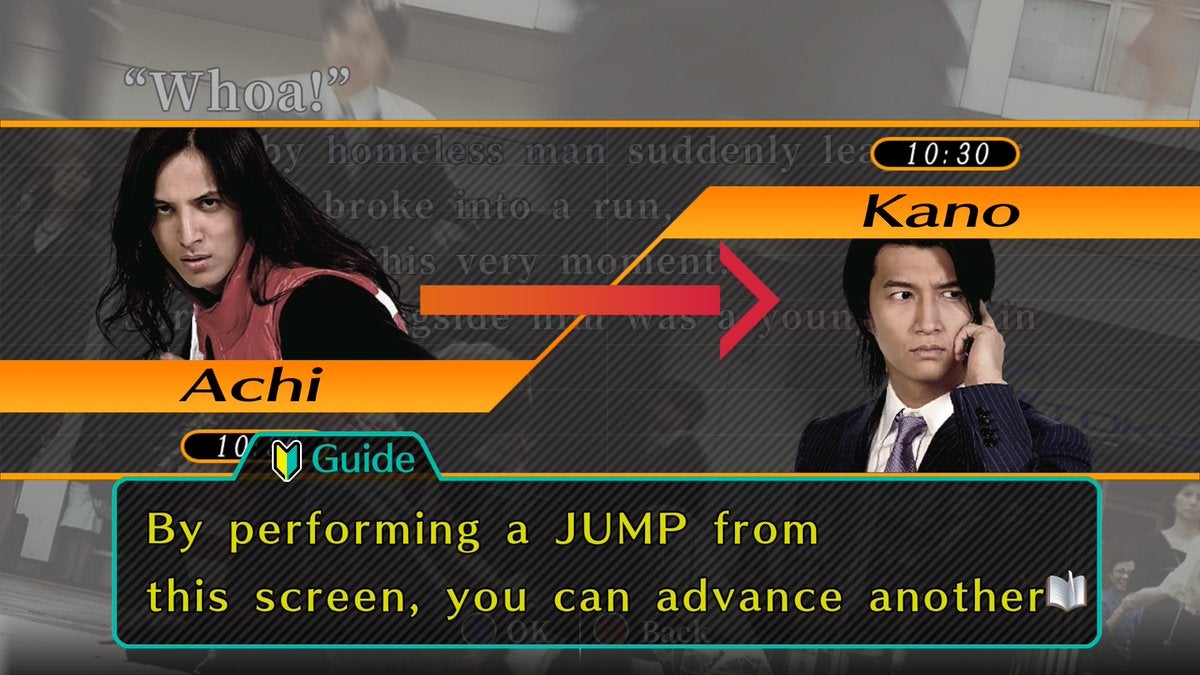 After I began playing through Shibuya Scramble, I wrote to some of the people I worked on the webphotas with, and joked we had picked the wrong medium and should have done visual novels instead.

I laughed with them about the time we went to the trash bins behind work at midnight to shoot a night scene and had to run extension cords from the warehouse, to the time when a very friendly actress was unable to do an angry gesture without bursting into laughter every few seconds.

Obviously, Shibuya Scramble is leaps beyond what we were doing back then. But I had a deep appreciation for the work. As the game’s producer Koichi Nakamura said in an interview with Polygon: “In many ways, this method of creating still images one-by-one is even more labour-intensive than a video shoot.”

And I understood that perfectly. You’re always trying to get people to pose in a way that’s best for the story. Getting them to hold that pose while you get the lighting right and snapping different camera angles is difficult.

Try holding a smile for longer than five seconds while a camera’s pointed at you, and you’ll know what I mean.

I’m totally intrigued by the storytelling in Shibuya Scramble. I’m excited to see where all the timelines take me, but most importantly, am appreciative for the way it reminded me of an episode from my past.