A good puzzle game latches onto my mind and never lets go. One of the best ways to achieve this is to lead me along a perfectly plotted difficulty curve. MythicOwl’s maths-based puzzler, Hexologic, is a prime example of how that’s done.

Hexologic is a relaxing Sudoku-style maths game, available on Steam, iOS, Android and Switch and coming to Xbox One on June 14. The game was recently a finalist in Momocon’s annual indie game awards competition, in which I serve as a judge, and it wound up being one of the show’s five winners.

Each of the game’s more than 100 levels features one or more blank hexagonal spaces. All players have to do is fill in those spaces with one, two or three dots, in such a way that the sum of the dots jibes with the numbers on the outside of the hexagons. Here’s the game’s second level, which illustrates the concept nicely. 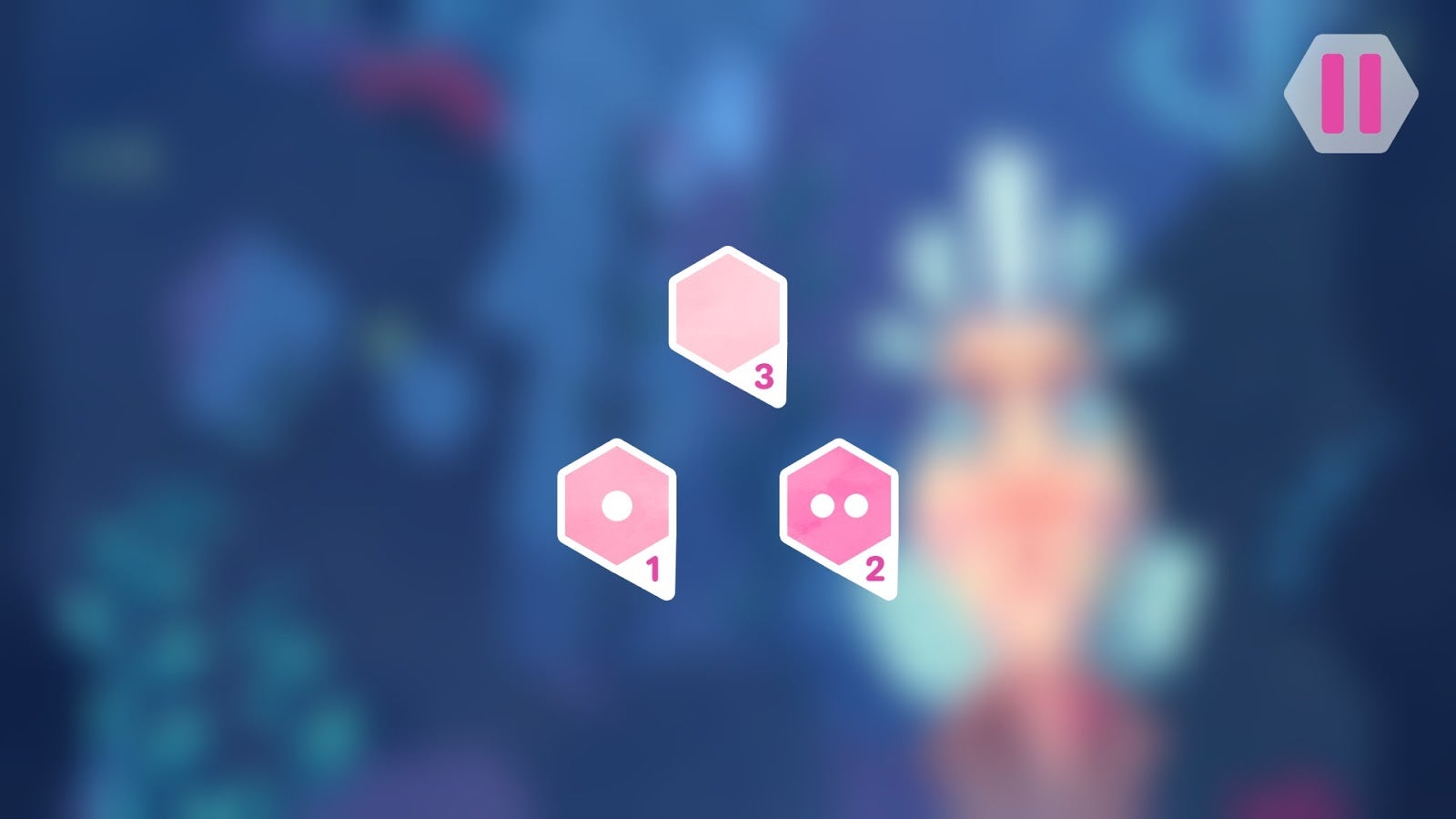 Simple, right? Almost too simple. Were the game to give me too many of these rudimentary, getting-to-know-me sort of levels, I might get bored. That would not be a good difficulty curve.

Fortunately, level three introduces a new idea. Now all of the hexagons in a straight line adjacent to a number must add up to that number. 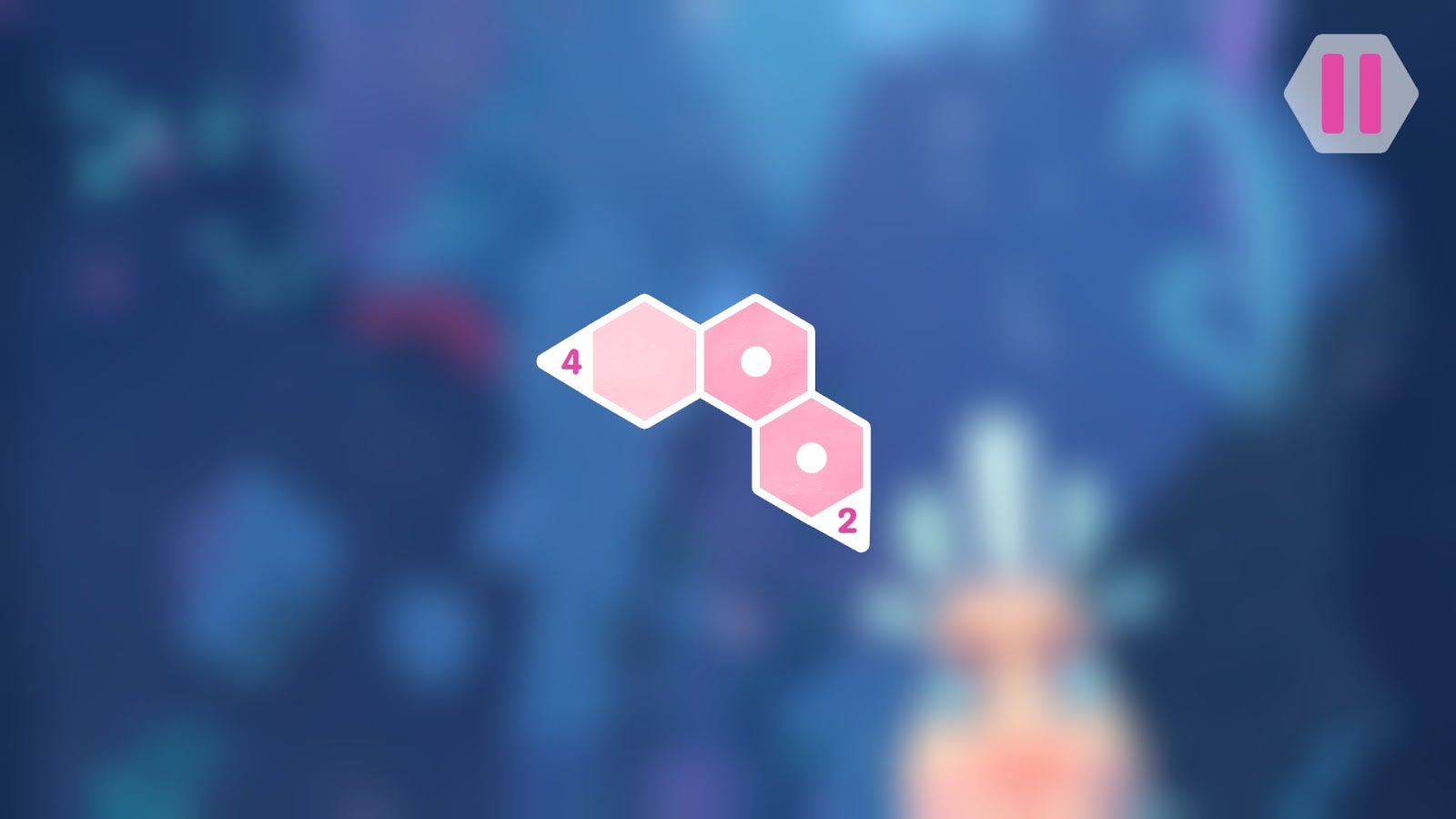 Level three primes the mind for what’s to come, and by that point, I have started assembling rules in my head. Any two hexes that must add up to five will be a combination of two dots and three dots. When any combination of hexes add up to the number three, none of those hexes will contain three dots.

So when I get a level with a number three next to a number five, the answer is obvious. 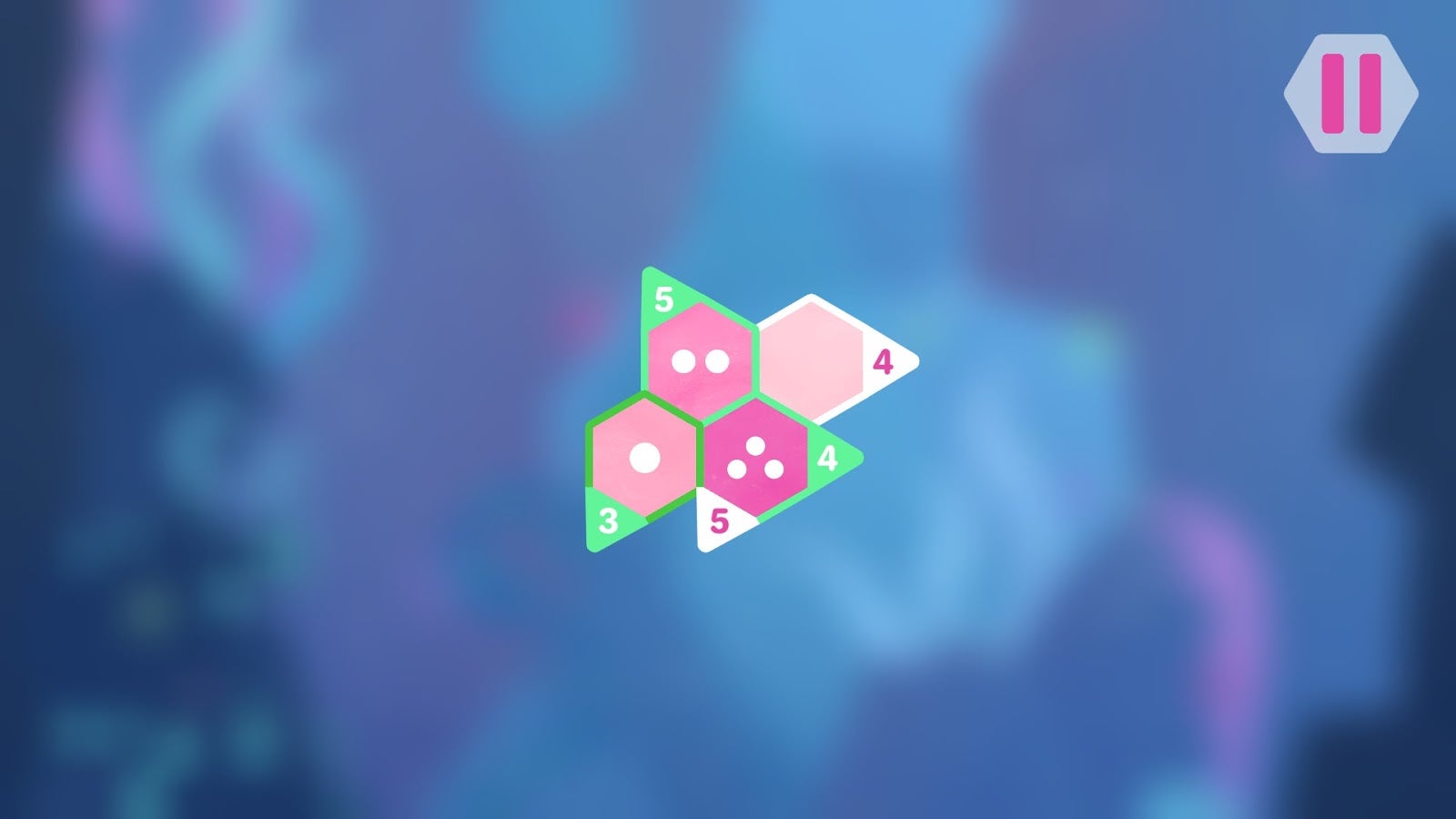 And I am swept along a stream of increasingly complex number logic. I am never overwhelmed, but never bored. I feel quite clever, actually, which is what a good puzzle game does.

Four hexes that must add up to 10, but one space already has a single dot in it? Why, that leaves three groups of three dots. What a clever lad I am. 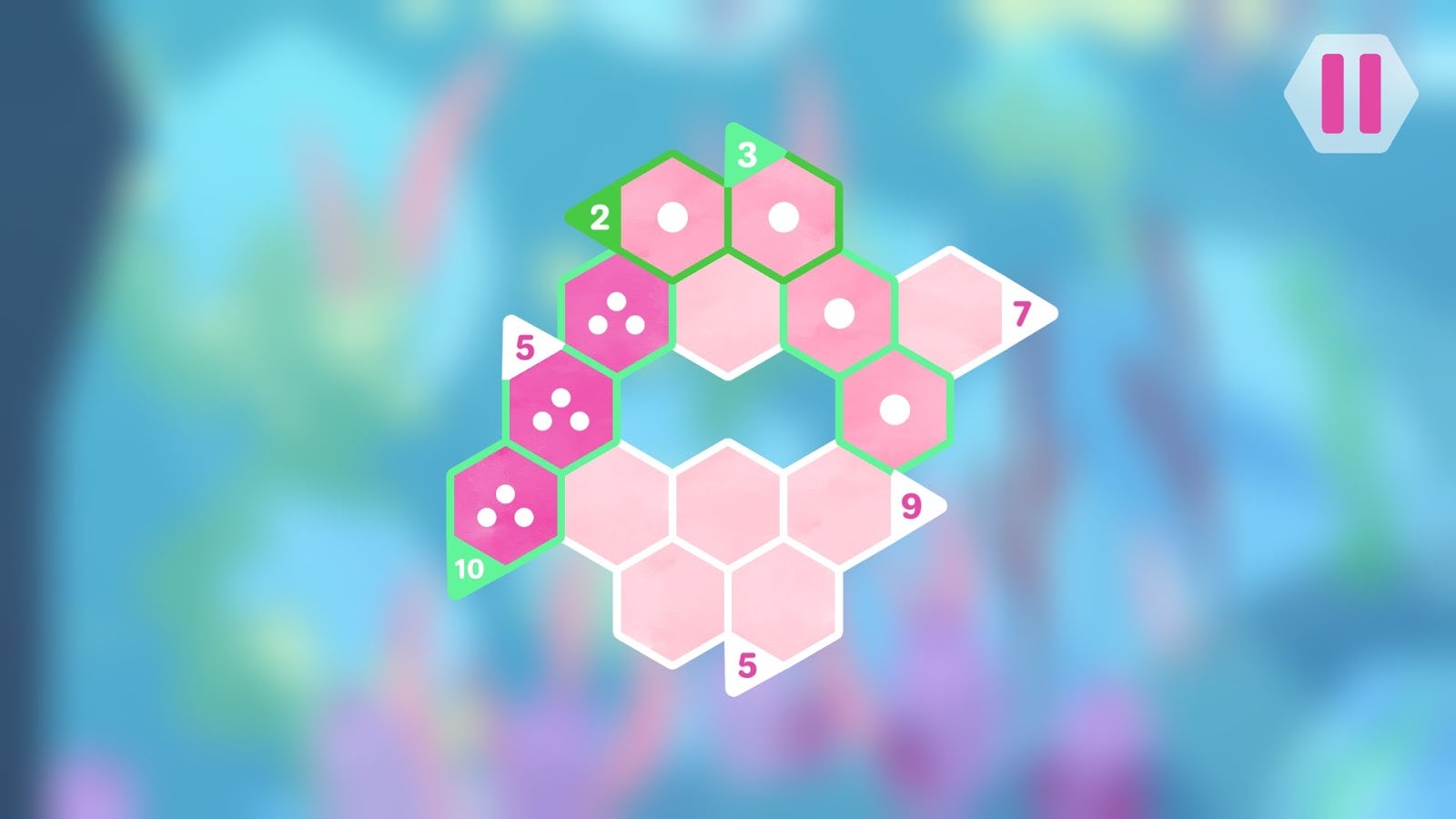 Hexologic gets very complex in its later levels. Soon we have puzzles with set spaces featuring larger numbers of dots. 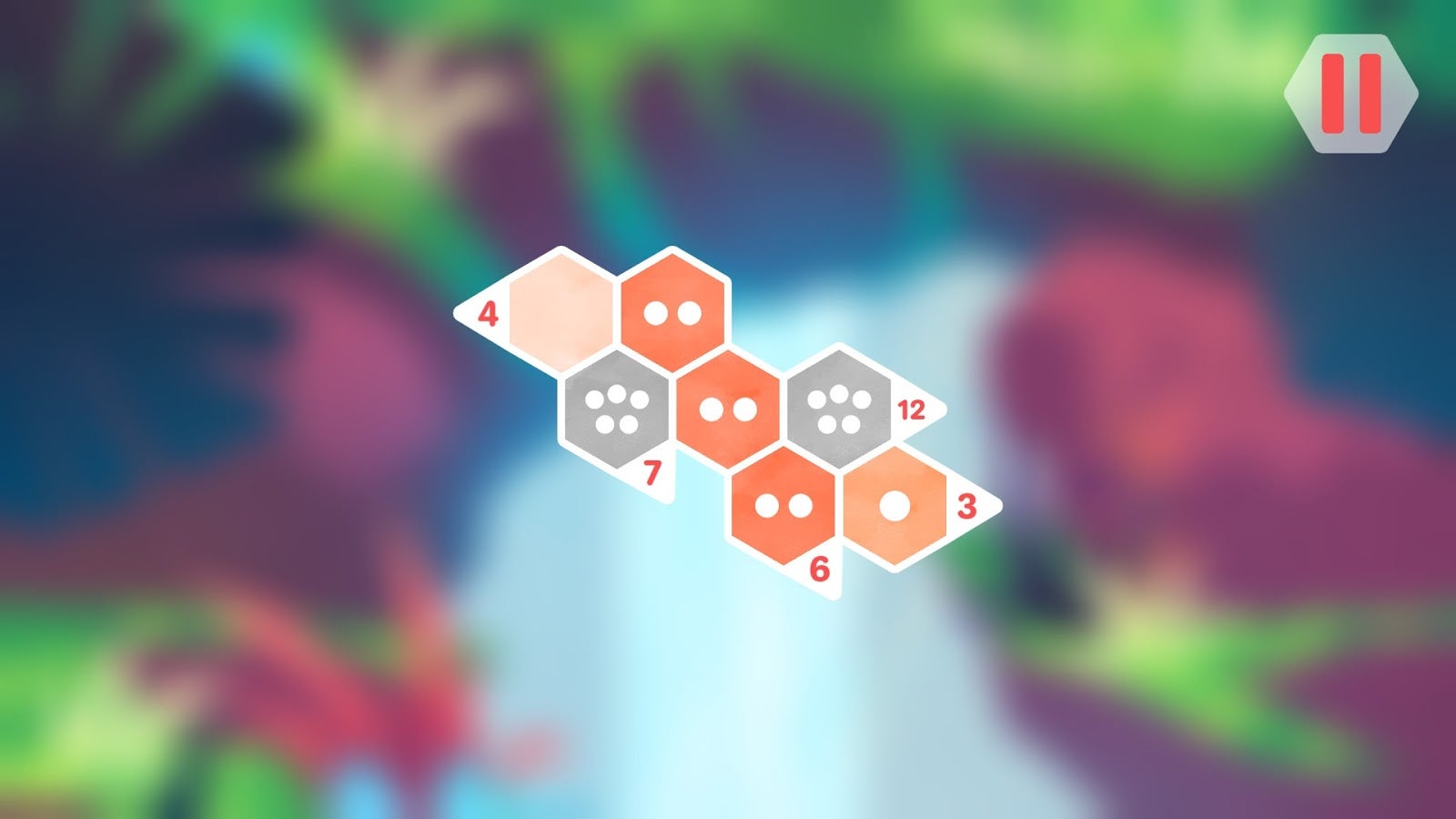 Then there are linked hexes, which share the same value. 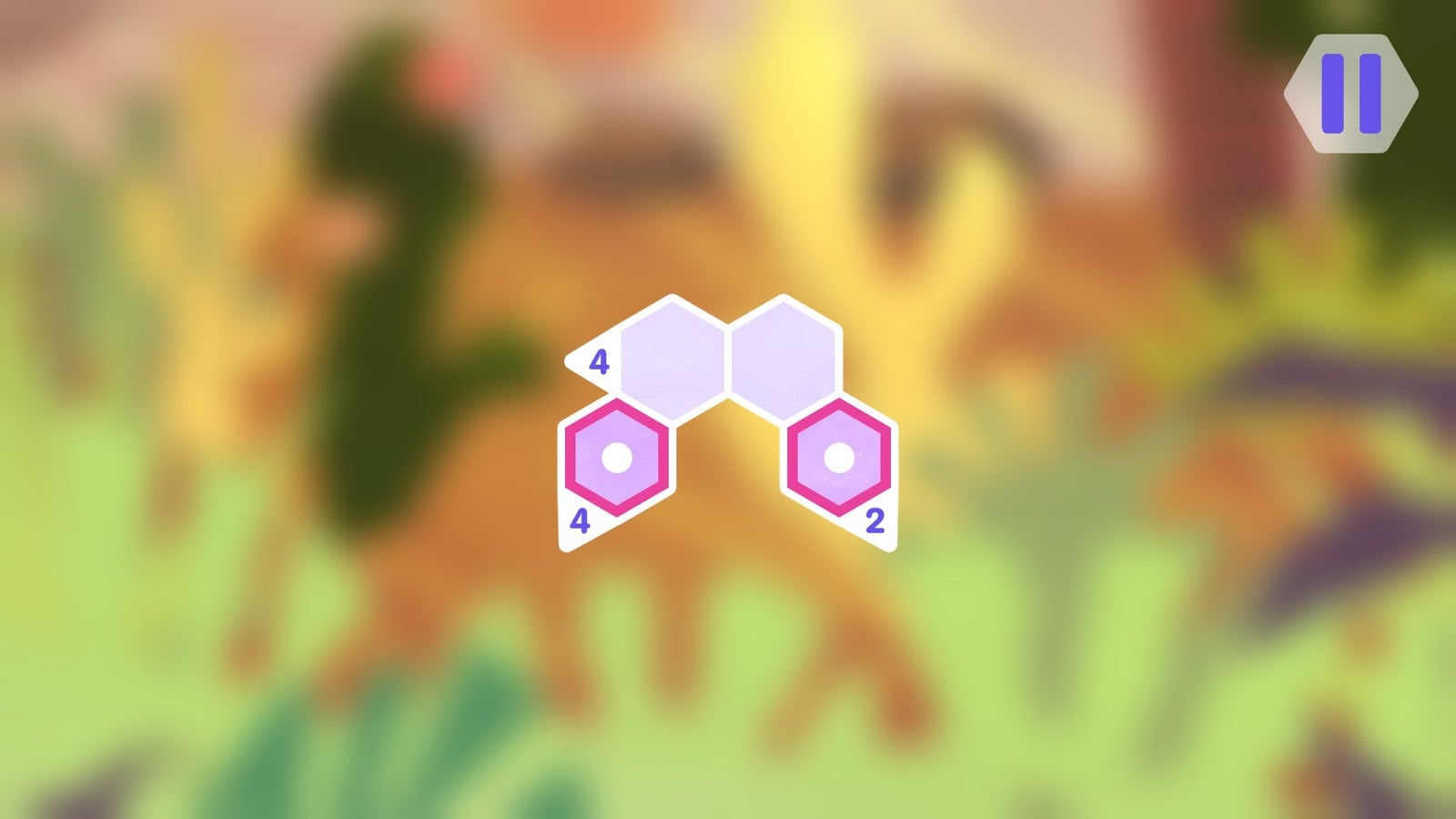 A massive update to Hexologic that dropped in September added even more complexity. New spaces have been introduced that use greater than, less than and equal signs, which ups the arithmetic challenge significantly. Or, they would, if developer MythicOwl hadn’t made the difficulty curve so smooth. One would imagine the ride from something like this … 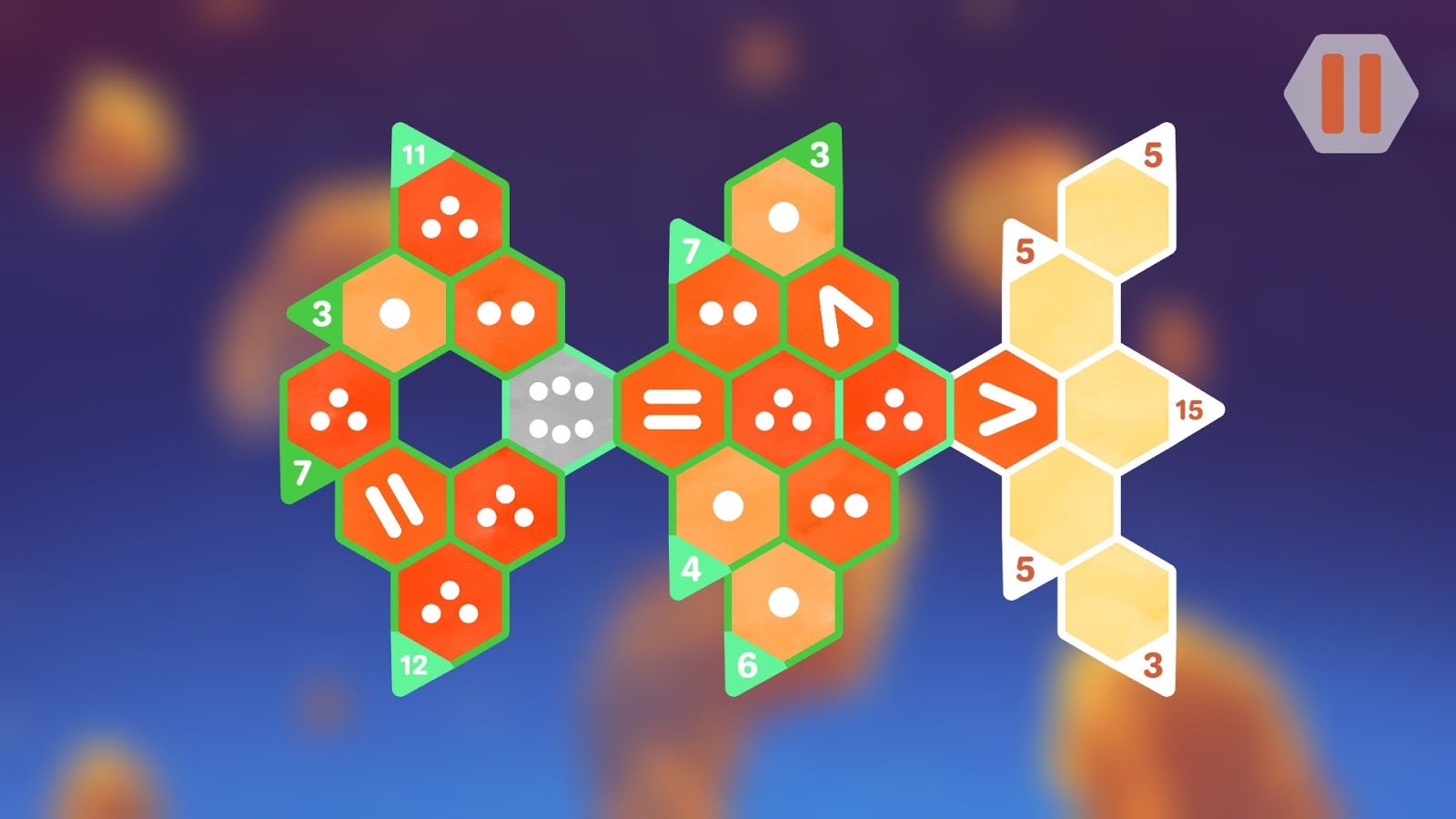 … would be wild and uneven. How does a game get from point A to point B=A