A couple of months ago, I found myself in a drunken argument about Neon Genesis Evangelion.

We were standing on an otherwise empty street outside an apartment complex in Brooklyn at around 10 p.m. last May. I had only seen half of Evangelion’s 26-episode run, at which point I had decided that Gainax’s classic coming-of-age mecha anime was not resonating with me.

My friend, with whom I’ve been watching anime since elementary school, has rewatched the series six times, and argued that seeing just half of it wasn’t enough for me to form a judgment on whether it was to my taste.

“You don’t have to see a whole show to know you don’t like it,” I said in response. I cover anime for Kotaku, and generally will stop watching a new anime series after four episodes if it’s not grabbing me. That leaves me more time to watch what I do like, or hell, go on a bike ride or bake a strawberry tart.

You should, he said, especially Evangelion, a show that famously ends in a moody teen grease fire involving self-acceptance and the death of gods.

“Yeah? What about Naruto?” I said. The popular shonen anime series ran for 220 episodes. Do I have to watch all of them before I can decide if I like it?

Neon Genesis Evangelion, long out of print on DVD, landed on Netflix last week. If the flash flood of tweets and articles that followed it attest to its popularity, it was the weekend’s must-watch (or rewatch) media for anime fans, or anyone intrigued by the timeless appeal of the 24-year-old jewel in the crown of anime canon.

The show follows Shinji Ikari, an acquiescent teen boy thrust into the position of world-saver by his father, who commands NERV, an organisation that creates the giant Evangelion robots.

With the help of a band of sexy ladies, some of whom operate their own Evangelion, Shinji grapples with perennial teen questions like “Who am I?” “Do I have a self?” and “What does it mean to act of my own free will?” 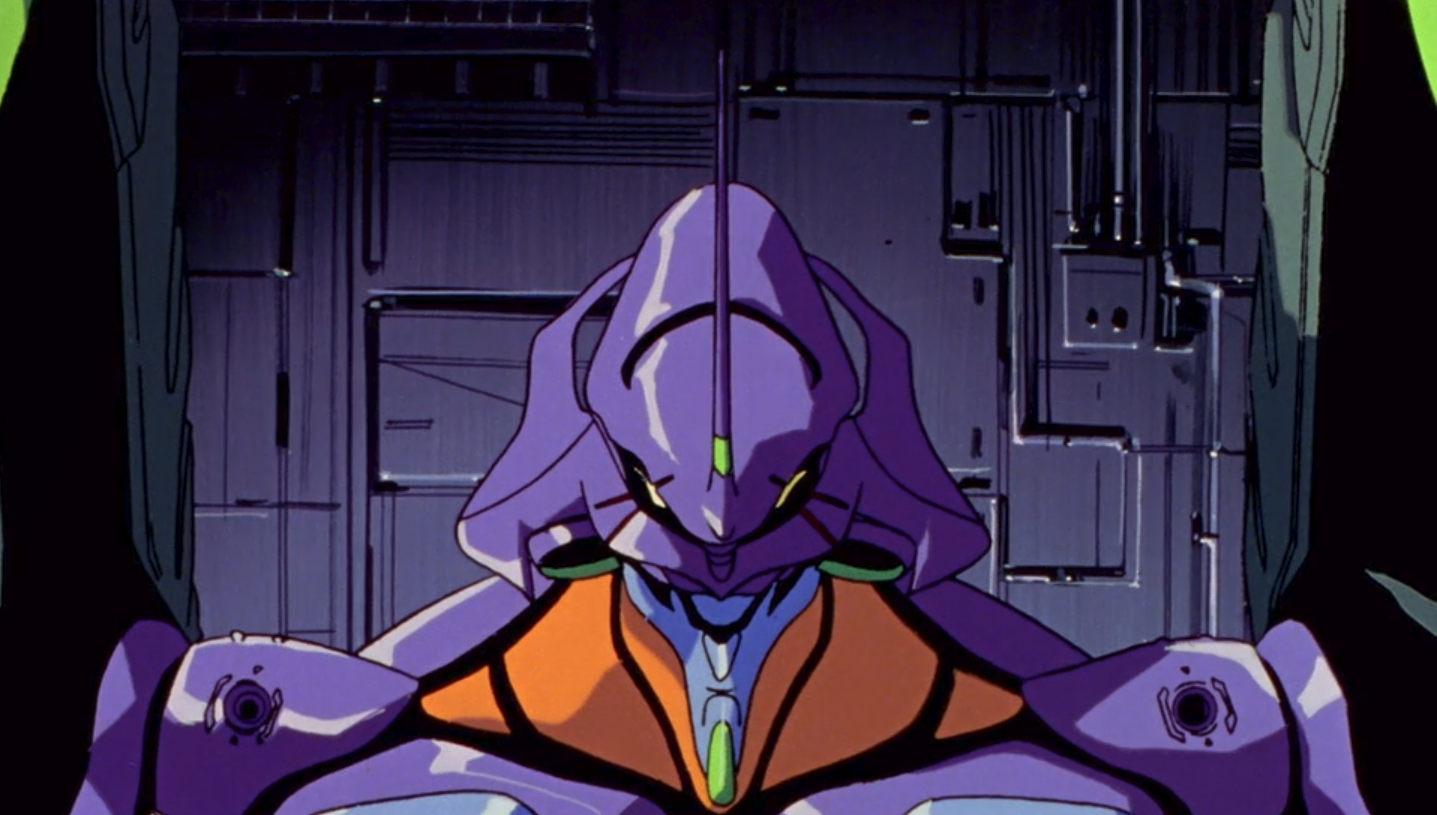 A generation of anime fans would not hesitate to say that Evangelion defined their childhoods, their tastes in media, perhaps even their worldviews. An attention to cinematography and an apparent reverence for Freudian psychology launched Evangelion into anime’s galactic star cluster, joining Dragon Ball Z, Mobile Suit Gundam, and other explosion-filled hero quests.

In 1995, Evangelion was as revelatory to anime fans as the Christian themes it toys with. But some fans elevated Evangelion beyond “must-see;” for them, it was “must-like.”

Over the weekend, I watched Evangelion in its entirety with furious curiosity, and found it more to my liking than I had when I watched the first half, back in college. I’d tuned in at the behest of my roommate, who wouldn’t shut up about it while I was holed up finishing Fullmetal Alchemist: Brotherhood.

And yet, despite my having now developed great affinity for the over-honest Evangelion pilot Asuka Soryu and NERV’s operations director Misato Katsuragi, a secret slob, the show still doesn’t do it for me.

Mindful of its status as a classic magnum opus, I kept thinking of the anime that followed it that touched me more: Madoka Magica, Made In Abyss, Nana, and yes, Fullmetal Alchemist: Brotherhood—some of it clearly inspired by what Evangelion had made canon. I didn’t find Evangelion deep or relatable. It was a thing I should see.

Although I firmly believe you don’t have to sink hours into something you don’t like just to measure up to other fans’ snobbery, there was still within me a certain shame that I had seen just half of Evangelion. Now there’s some small shame in feeling little more than ambivalent about it. If you’ve ever seen an anime fan jump down someone’s throat for disliking Cowboy Bebop or FLCL, maybe you understand this sort of internalised judgement. After the credits began to roll at the end of episode 26, I asked myself one of the questions Evangelion’s Shinji asks himself ad nauseum throughout the show: “What do I fear?”

Lest this story devolve into the long-winded version of the meme “I don’t know who needs to hear this, but,” I want to offer a certain kind of Evangelion viewer a release. If you came out of the Evangelion experience underwhelmed or confused; if you stopped watching it the moment the third woman was introduced by a breast or panty shot; if you felt the show was written for a younger demographic; if the show’s famously shitty ending (the studio allegedly ran out of money) made you violently break your Pocky in half and want to forget you ever heard of Evangelion— there isn’t anything wrong with you.

Anime fandom is a fandom of consumption. There’s a reason why sites like MyAnimeList exist, where fans’ profiles are comprised of colour-coded stat breakdowns of anime they’ve watched, completed, or put on hold. There’s a reason why the stereotypical otaku bedroom is papered with anime posters, cluttered with statuettes, stacked with plush toys.

There’s a reason why, at anime conventions, fans race to label what anime inspired which obscure cosplay, like zoologists on safari. The excitement to connect fuels much of this, but underlying that is another rarely-spoken thing: The more authentic the fan, the more anime they’ve consumed, and the more classics they revere.

There’s a certain subcultural cachet that comes with having consumed and loved Evangelion and its kin back in the 90s or early 00s. The mad rush to watch or rewatch the show, to get the memes and to understand the tangled plot, might, for some, stem from feeling left out. Everybody wants to feel included—another Evangelion theme—and appreciating a classic, or better yet, all of the classics, is a club badge. Longtime anime fans are the guardians of the traditions, and it benefits them to set the standards of fandom.

In what constitutes as “forever ago” in internet years, we were all having this conversation about who a “gamer” is. Is it somebody who grew up playing the Nancy Drew games, The Sims, and Animal Crossing? Is it somebody who grew up playing Doom and Halo and Counter-Strike, and has continued to play first-person shooters since? What if they never touched a game until last year, and now, all they do is play Overwatch? Is it someone who only plays FIFA on Xbox? What if they play three hours of mobile games every day?

This is the baggage around identities so reliant on consumption and the worship of cultural classics. 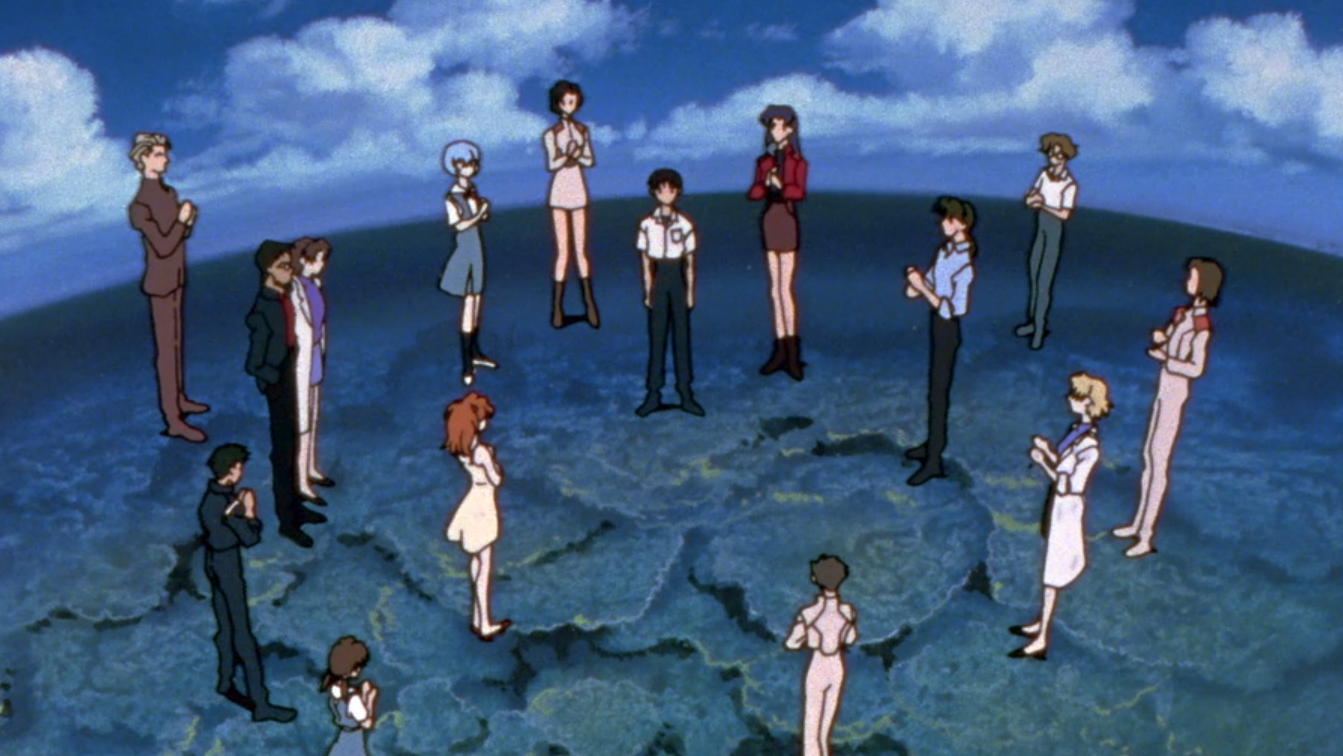 It’s easier today to be an ambient fan of anime, or a casual one, or even a newly-minted diehard fan now that ten thousand fragments of ten thousand cultures and fandoms can cohabitate on Netflix or YouTube or whatever other behemoth video platform. Streaming services, with their inscrutable algorithms and huge catalogues of niche content, push us to give everything a taste-test.

If you don’t like a spoonful of Evangelion or Cowboy Bebop or Gundam, grab a scoop of some old reliable or flavour of the week and call it a day. Nobody is any less of a fan of ice cream, video games or anime because their tastes don’t fit a certain profile.

As our argument of a few months back continued simmering on the streets of Brooklyn, another friend wandered out of the apartment building. He was a practitioner of Judo. “So,” I said to my friend, “if he were to Judo throw you just once, would that be enough for you to know you didn’t like it? Or would he have to do it three times? Five times? Hundreds of times?”

“I don’t know,” he said. Suddenly, in one swift movement, our mutual friend picked him up, twisted him over, and laid him out on the pavement, unharmed but definitely surprised.

“Should he do it again? Did you like that?” I said.