Lightsabers In Video Games Are Too Weak 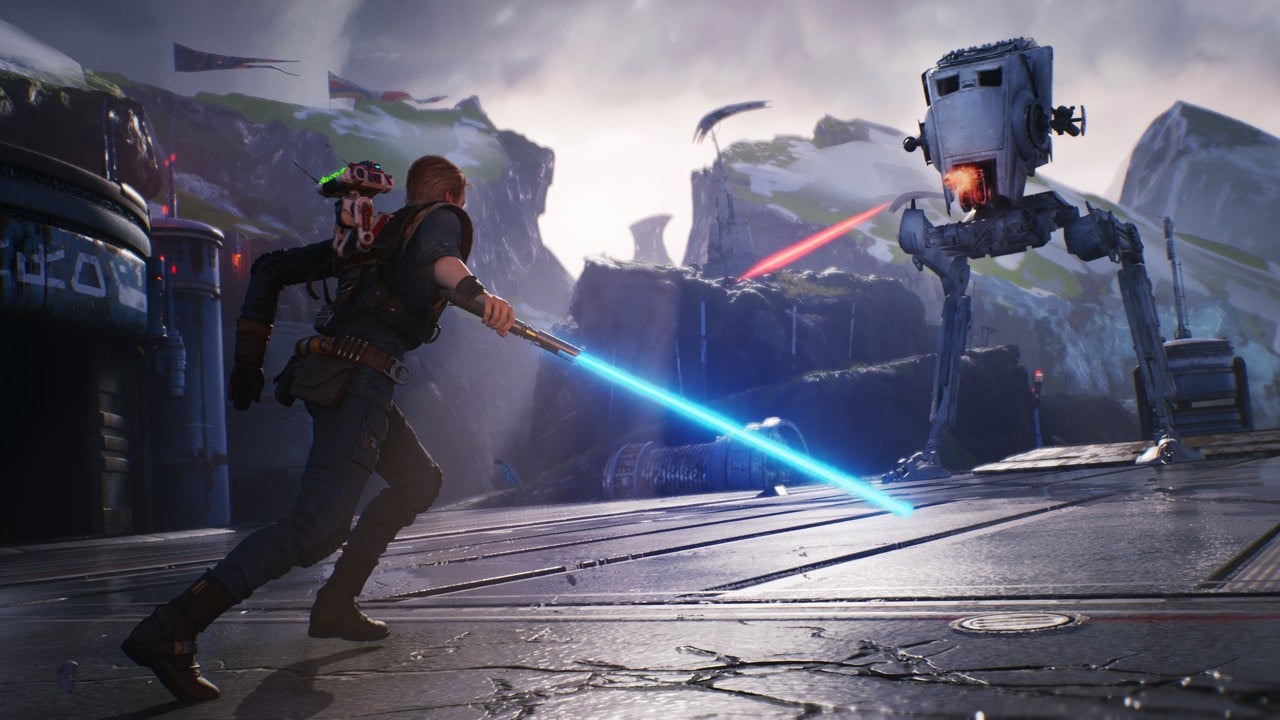 At E3 this past week we saw a good amount of gameplay from the upcoming Star Wars Jedi: Fallen Order, the new game from Apex Legends developers Respawn Entertainment. The game looks good and I’m excited to see characters like Saw Gerrera appear. But it has the problem that so many other Star Wars games featuring lightsabers have: Its lightsaber feel really weak. And it isn’t alone in having pathetic laser swords.

If you think about lightsabers in the movies, especially the original films, they are not used very often and usually when they appear they are shown as powerful weapons or tools.

Think back to the first time in Star Wars A New Hope that we see someone use a lightsaber in combat. Obi-Wan Kenobi uses it to cut a dude’s arm clean off their body.

With one quick slice, Kenobi was able to remove an arm with little effort. In Empire Strikes Back, the sequel to New Hope, the lightsaber is given more screen time and used to cut and slice.

Early on, Han Solo uses a lightsaber to cut open a Tauntaun and does so easily. Later on, Vader cuts Luke’s hand off with one quick move. Even in the prequels, lightsabers are dangerous and powerful. Anakin decapitates Dooku using lightsabers, Obi-Wan cuts Darth Maul in half using a laser sword and Mace Windu removes Jango Fett’s head in Attack Of The Clones.

Even in the Disney era of Star Wars films, we see people get cut up with lightsabers. Specifically Last Jedi has some nasty lightsaber kills.

But in video games, this is rarely the case. Ignoring droids, who get sliced up in all Star Wars media because nobody cares about robots, Star Wars games rarely let you truly shred people up using a lightsaber.

Force Unleashed was this advertised as an amazing power fantasy. You were a super powerful force user who could basically do anything and kill entire armies of enemies. But your lightsaber was still fundamentally a glowing baseball bat.

It hurt people, sure, but it never cut folks clean in half or severed limbs or heads. And it seems Fallen Order will also follow this same path.

In the gameplay of Fallen Order, we see the lightsaber leave glowing marks on enemies and the main character even stabs a few. But limbs and heads never going flying off. In an interview with IGN,a senior designer on the game, Justin Perez, explained that players would be able to cut up robots and cut off the limbs of big alien creatures. But humans seem off the table.

This is an interesting problem in these games and a problem the films rarely faced that much. In the films, Luke never slices up Stormtroopers. In fact, when lightsabers come out, they are never used for that purpose. Luke is never facing off against a dozen troopers and gutting them with his blade.

Even the prequels relied on droids or weird alien creatures as their enemies, with a few exceptions. In a way this makes sense. Jedi probably shouldn’t be gleefully or frequently seen dismembering folks. It also helps keep the films from appearing too violent to parents. When a lightsaber is used against humans in the films it’s usually in a very important scene or moment and it’s then that we get to see how deadly these sabers can be.

But it seems developers don’t or can’t avoid having players face off against dozens of nameless rebels or troopers constantly. So developers of games like Fallen Order or Battlefront II are faced with an issue the movies mostly sidestepped: Using lightsabers on human and human-like beings.

The results are usually disappointing. Lightsabers are supposed to be these powerful weapons, swords made out of pure energy. They hum like a deadly electrical generator or exposed wire. They can rip through metal and steel. But in games, I rarely feel like I’m wielding a powerful Jedi or Sith weapon. Instead, it feels like a pipe that is really hot and glows. 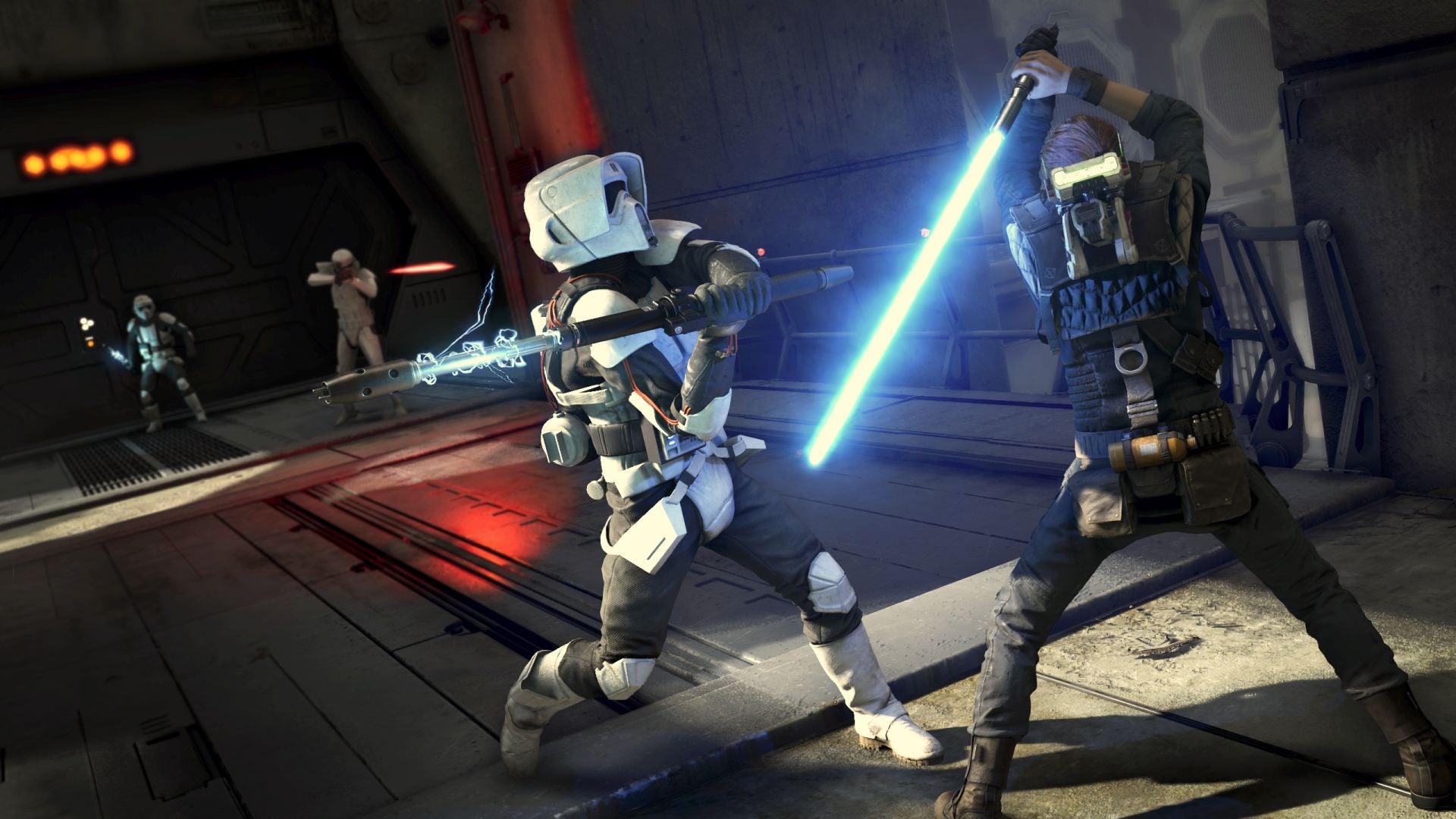 Some games have tried to have dismemberment, such as Star Wars Jedi Knight and Jedi Academy. But without cheats or mods, dismemberment was a bit rare in these games. Still, it could happen.

It’s not just the lack of limbs flying off that disappoints me. These are laser swords and yet it can take multiple hits in many games to kill enemies. Of course, this issue is more a problem with trying to balance gameplay. If a player could one hit kill most things, the game would be too easy. But I think if a game was built around the idea of a powerful lightsaber, it could work.

Maybe a player has to hide it during most levels because they are trying to stay undercover? Maybe the more you use it to kill people, the more dark side points you gain? There has to be some way to make these iconic and powerful weapons feel more impressive than glowing sticks that hum.

Another aspect of this situation is that Disney, Lucasfilm and previously 20th Century Fox, have all probably pushed back on lightsabers being shown as powerful weapons, capable of slicing and dicing enemies.

Hopefully, these restrictions will be lessened in the future so we can finally wield the deadly laser swords we see in the films. If we are allowed to see people get chopped up in the films, why not in games? Or at least a cheat code we can enter if we want to do some chopping.