While playing State of Decay 2‘s new Heartland expansion—a game I find interesting, even if I don’t particularly enjoy it—I noticed something during one of several trips to my local frenemies the Wilkersons in the northern region of Trumbull Valley. It’s a latrine. An extremely considered, well-designed latrine.

Just look at it! It’s hard to tell from the photo, but it’s on the second floor balcony, so it’s, you know, pretty private. There’s a “Come In, We’re Open” sign that a character could ostensibly flip over once they go in. Once you’re inside, creature comforts abound. 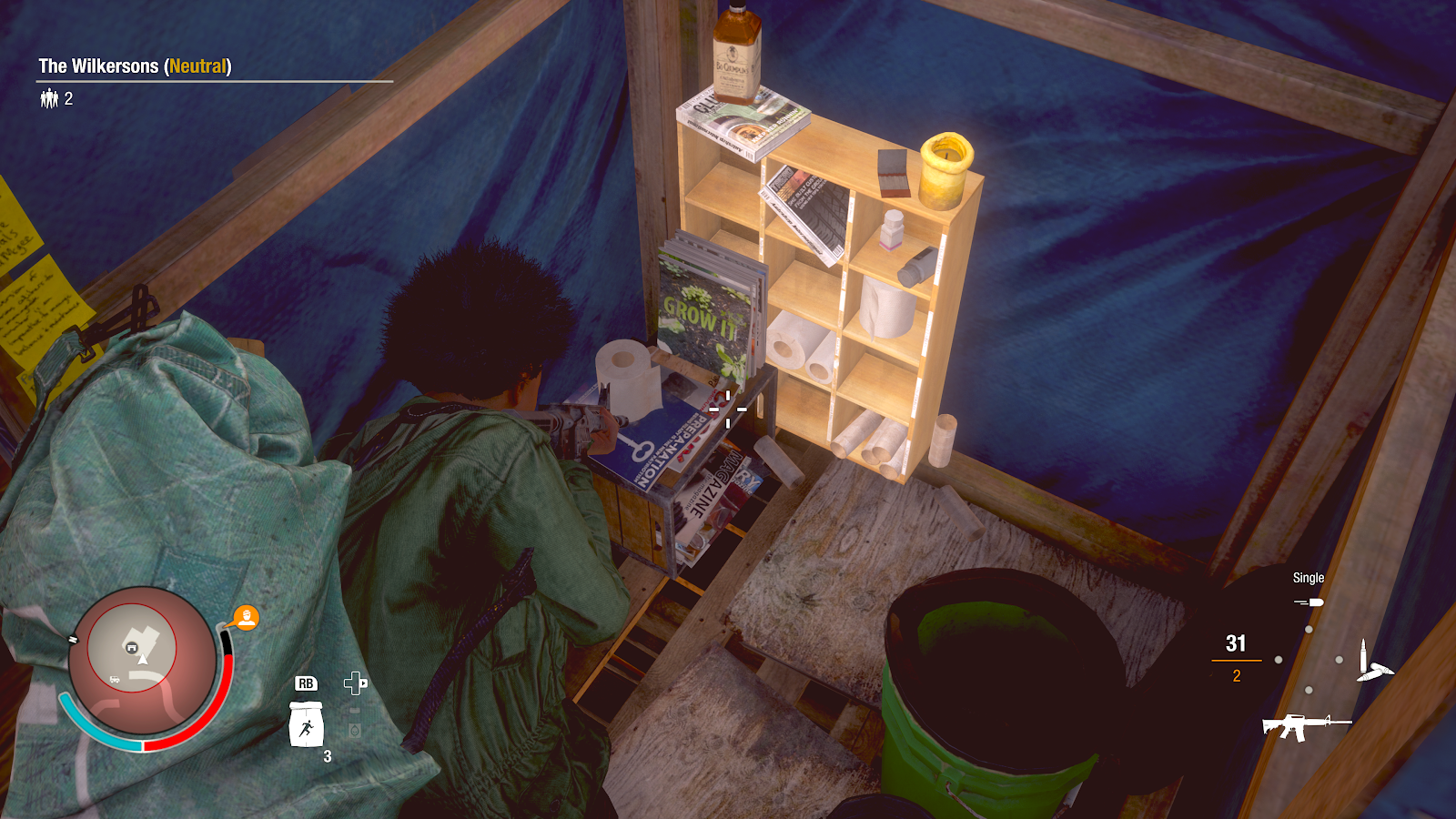 A candle! Matches! Magazines to read! There’s no indoor plumbing in the zombie apocalypse, but we’re doing our best! Also get a load of these Post-It notes folks have left each other. 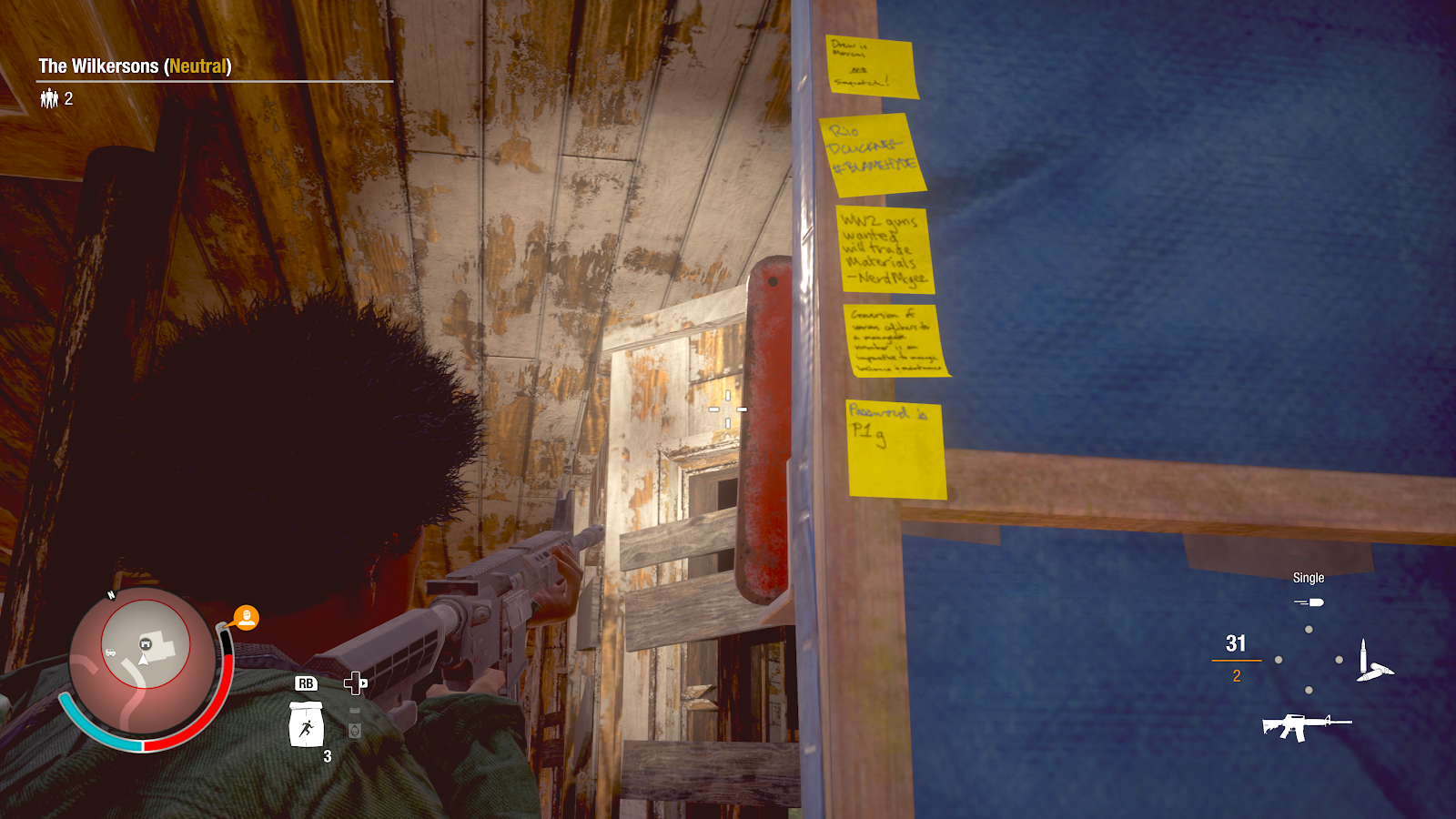 Someone wants World War II guns, which is a cheeky nod to a recent State of Decay 2 update that added a bunch of WWII weaponry. There’s a note reminding people of a password (to what? I don’t know.) Something barely legible about a guy named Drew, and also Sasquatch, I think.

None of these details have to be here. Making anything in a video game is difficult, time-intensive work, so a lot of what you see must be there because someone cared about how these in-game characters shit.

This toilet isn’t necessary plot info. It’s not killing a dude in Bloodborne, picking up a teddy bear from his corpse that reads “not a child’s, but a lover’s” in its description and noticing that you were fighting him in front of a woman’s grave.

It’s literally just a toilet, made as comfortable as possible by people trying to survive the end of the world. Isn’t that nice? The world’s gone to hell, but you can still shit with dignity.