Mermaids In The Sims 4 Are Jerks

The Sims 4‘s latest expansion, Island Living, introduced a new kind of “occult” Sim: mermaids. Mermaids replenish their hydration stat by swimming or taking showers. When they venture out into the ocean they grow a pretty tail, and you can put them in a coconut bra. They also give you the potential to be a real piece of shit to everyone.

Although mermaids don’t have as expansive a power set as vampires, they still have supernatural abilities. Most of these abilities change people’s moods. It’s fun to make someone flirty with the Charmer’s Lullabye ability, or instantly make them stressed with the Aegen’s Question ability, but my two favourite abilities are a little bit more physical.

Siren’s Call is an ability that mermaids can use to lure other Sims out to them in the ocean. Once they reach the mermaid, the mermaid dunks them underwater. This drains all their status bars and gives them a Stressed moodlet, which is understandable. Being mean to other Sims in this way refills all the mermaid’s status bars, so it pays to be an arsehole. 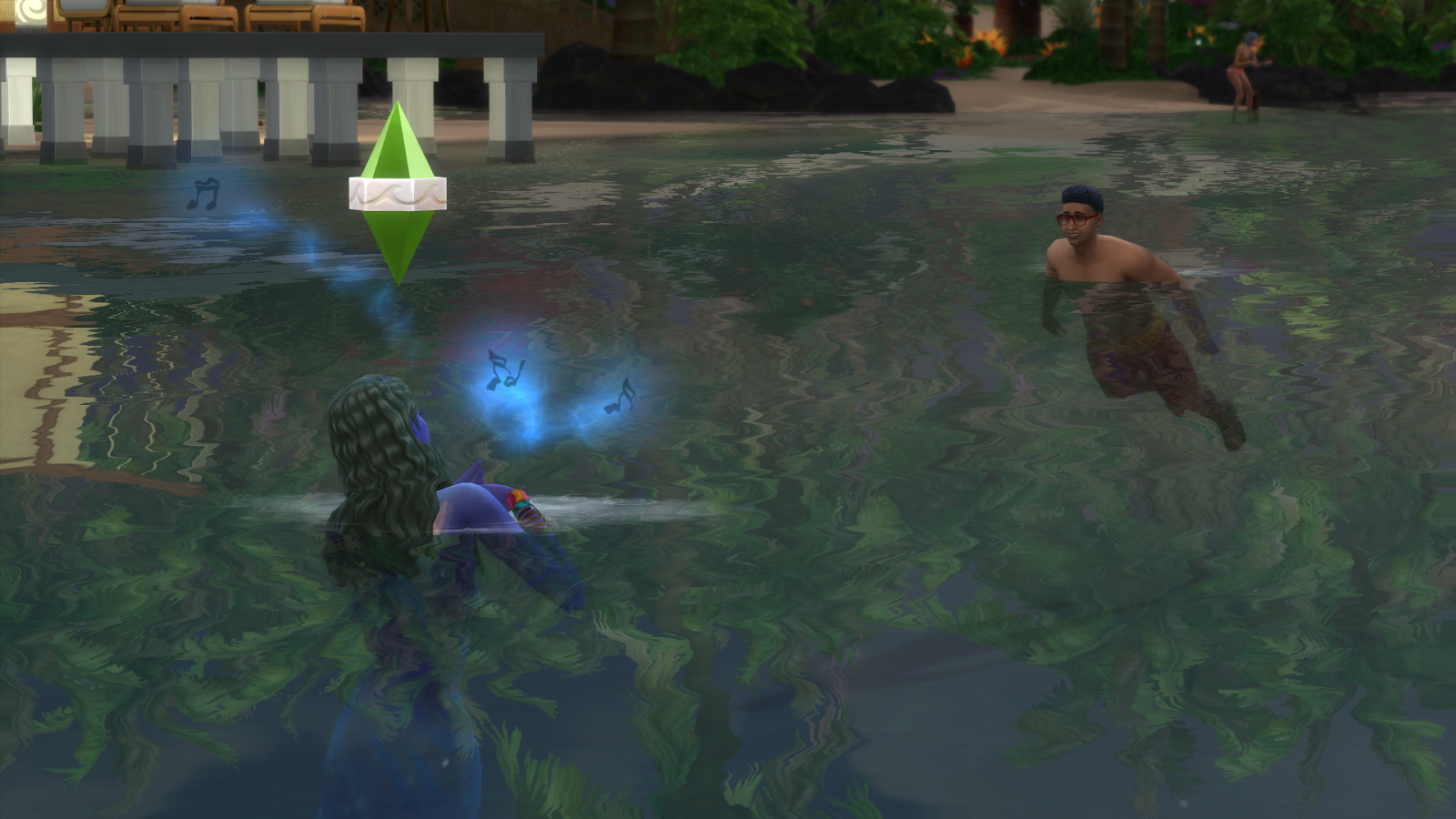 Even more fun is the Summon Ocean Threat ability, which traps Sims briefly in what looks like an ominous black hole. When the hole appears beneath a Sim, they look down at it warily, but you never see what’s in it. They also get an “Uncomfortable” mood debuff, which makes sense, because I am sure being pulled into a black hole would also make me uncomfortable. 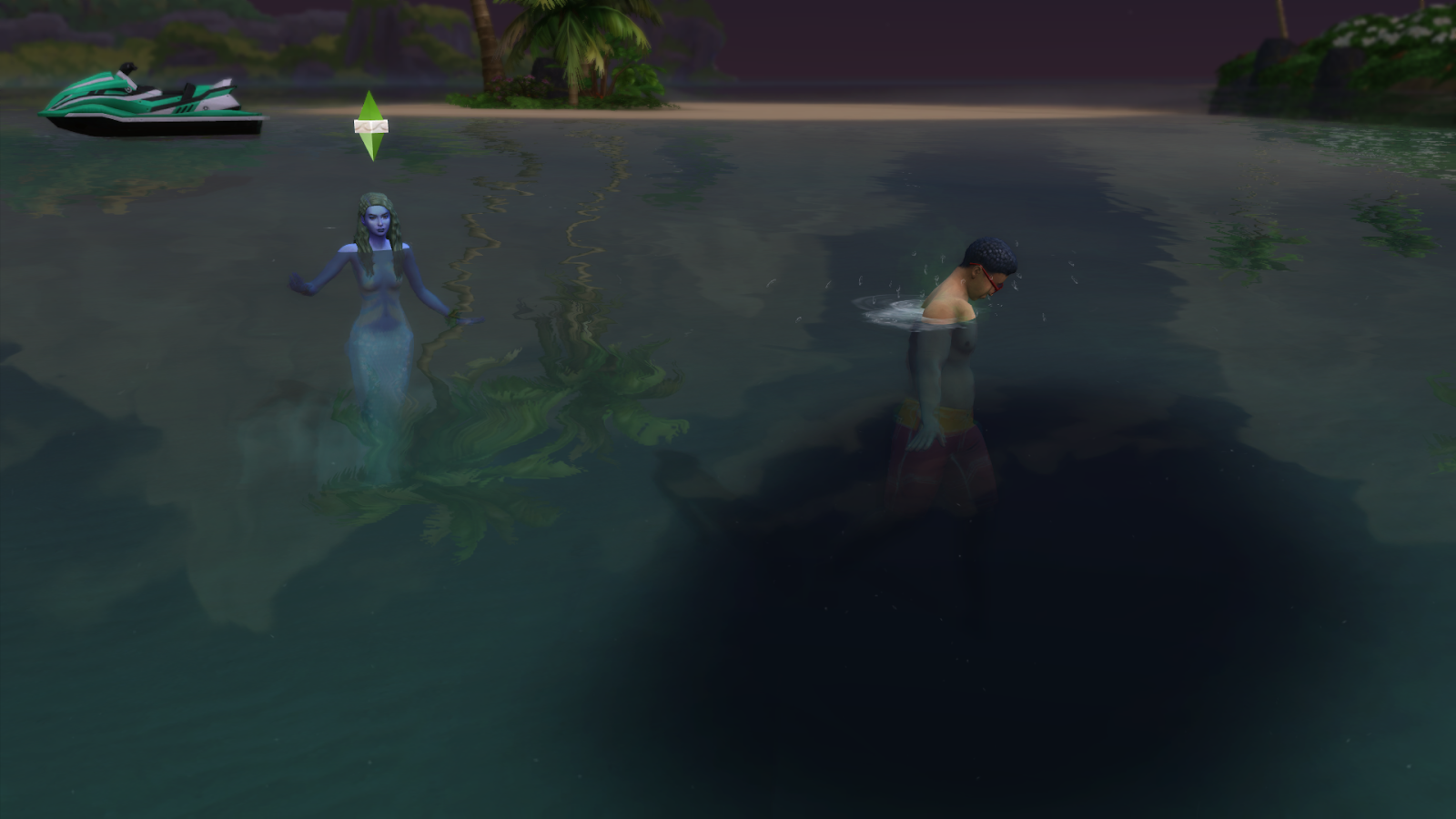 I did this over and over and over. I was trying to see if doing it enough times would kill a Sim (results inconclusive), but soon enough, it was just funny to lure an unsuspecting Sim into the ocean and then kinda torture them.

Every time I met a Sim near a body of water, I made them swim out with me and then dunked them underwater. These Sims didn’t hate me afterward, either – in fact, there was no negative impact on the relationship between the two Sims at all.

Sailors used to tell tales of sirens calling out to them from the seas, tempting them with their voices before drowning them. I now understand these tales a little better, because I definitely get the temptation to use my mermaid powers for evil.