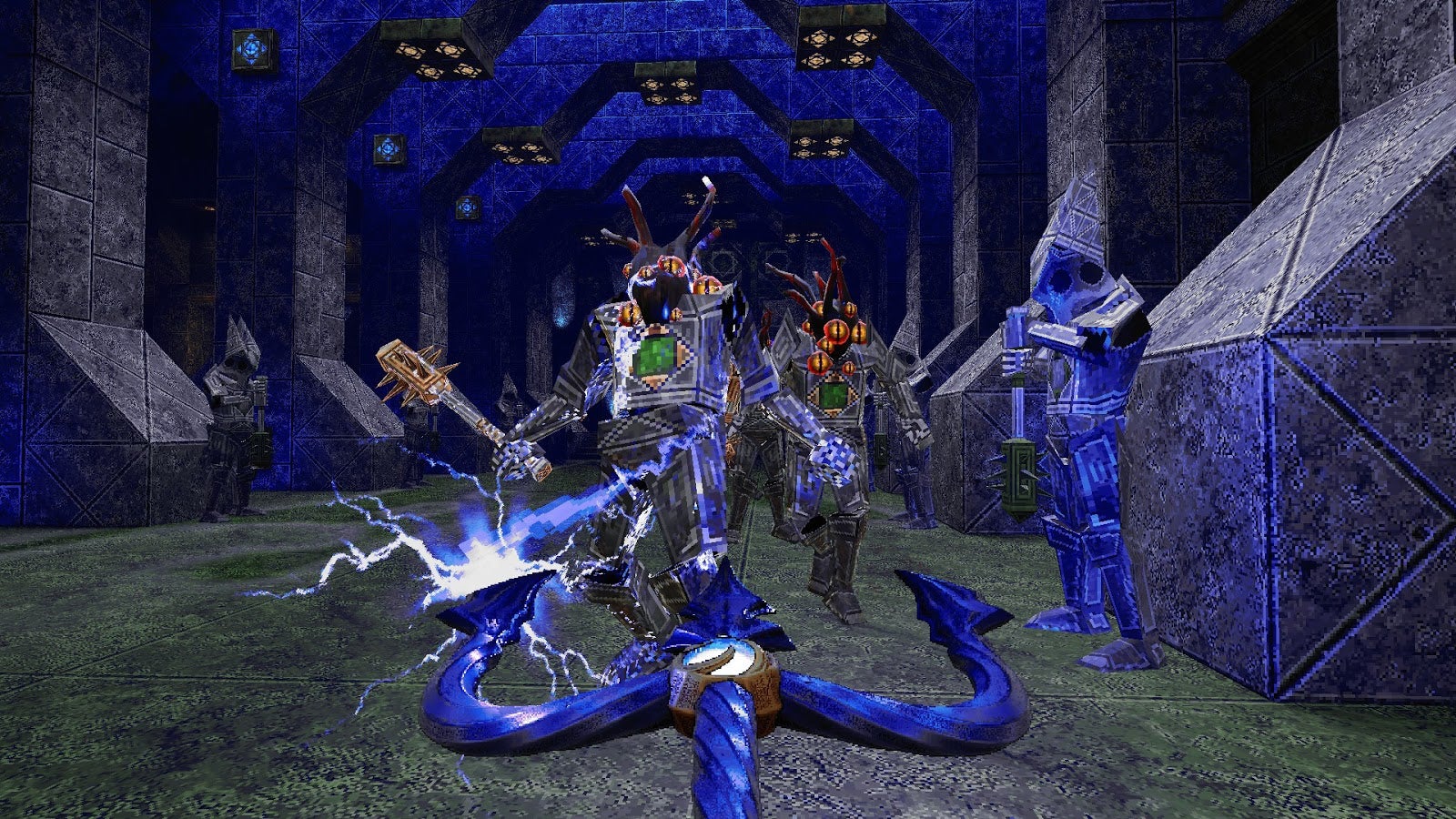 Sometimes, you just wanna play a damn shooter. You want some gnarly weapons, some mazes to wander in, and no particular justification for blowing up whatever demons cross your path. Amid Evil, a throwback shooter now released out of early access, channels the spirit of Heretic and Hexen for a frantic, first-person burst of blood and magic.

Amid Evil is published by New Blood Interactive, which also released the Doom-inspired DUSK and John Woo-infused Maximum Action.

Amid Evil transplants the heavy metal, Dungeons & Dragons vibe of 1994’s Heretic and crafts a worthy successor campaign of twisty levels and flashy weapons. There isn’t much story here; there are demons and dark gods, and it’s your job to take them out.

What makes Amid Evil work is how it manages to marry the edgy flair of its forefathers with intelligent, almost Zelda-esque level design. There are plenty of explosive firefights, but also plenty of secret pathways and keys to find. Each level is a maze lit up in glowing neon, packed with strange orbs and raging monsters.

Embracing the fantasy design of Heretic allows Amid Evil to have a much different tone than Dusk. That game married the industrial anger of Quake with moody horror inspirations such as Children of the Corn or Pumpkinhead.

Amid Evil lives in a more excessive realm, similar to 1981’s Heavy Metal. You’ll grab electric tridents and shock flying angels until they shiver and burst into energy bits. You’ll find magic swords that hurl out energy beams that clash with enemy attacks, or else power up to bounce off ancient castle walls.

It’s a familiar form of throwback first-person shooting wrapped in gleeful flair. It’s wizards, lost souls and ancient magics, twisted and shaped into a familiar but satisfying package. Amid Evil’s world is the stuff of notebook sketches, and it leverages its magical elements to create worlds full of blood-soaked caverns, blue-flame altars and duels between battle axe wielding badarses.

Amid Evil never leans so far into flashy excess that it becomes corny, though. At its core, it is a game that offers exploration punctuated by enemy encounters instead of a single exhausting gauntlet. Arena fights or monster corridors invariably give way to larger antechambers or branching paths, some of which require the proper key to access.

Amid Evil’s arcane halls invite exploration, giving it a more deliberate and measured pace than a peer such as Maximum Action or even modern titles such as Doom 2016.

I’ll admit that Amid Evil doesn’t tickle my nostalgia bone as much as Dusk did. I’m not someone who has a deep personal relationship with Heretic. But what I’ve played so far is rock solid, leveraging the far-out fantasy vibes in an exciting shooter that I’ve found hard to put down.

If you’re eager for a new shooter or simply staving off boredom until Doom Eternal, Amid Evil is a fantastic way to (magically) blow off some steam.