One Year Later, Did Nintendo (And Friends) Keep Their E3 2018 Promises?

In June 2018, the Nintendo Switch was a few months past a debut year that featured the standout games The Legend of Zelda: Breath of the Wild and Super Mario Odyssey. What would Nintendo reveal at E3 2018 that could possibly rival their 2017 output? And could they deliver?

As with past years, the company aired, on June 12th, a Nintendo Direct—a pre-recorded video presentation—chock full of game announcements and news updates to kick off its E3 2018 show. The Switch-focused showcase clocked in at just under 43 minutes, with over 25 minutes of the Direct dedicated to the latest entry in one of their biggest series—a Super Smash Bros. game, first teased during Nintendo’s March 8, 2018 Direct.

But what else did they show? Let’s break it down. 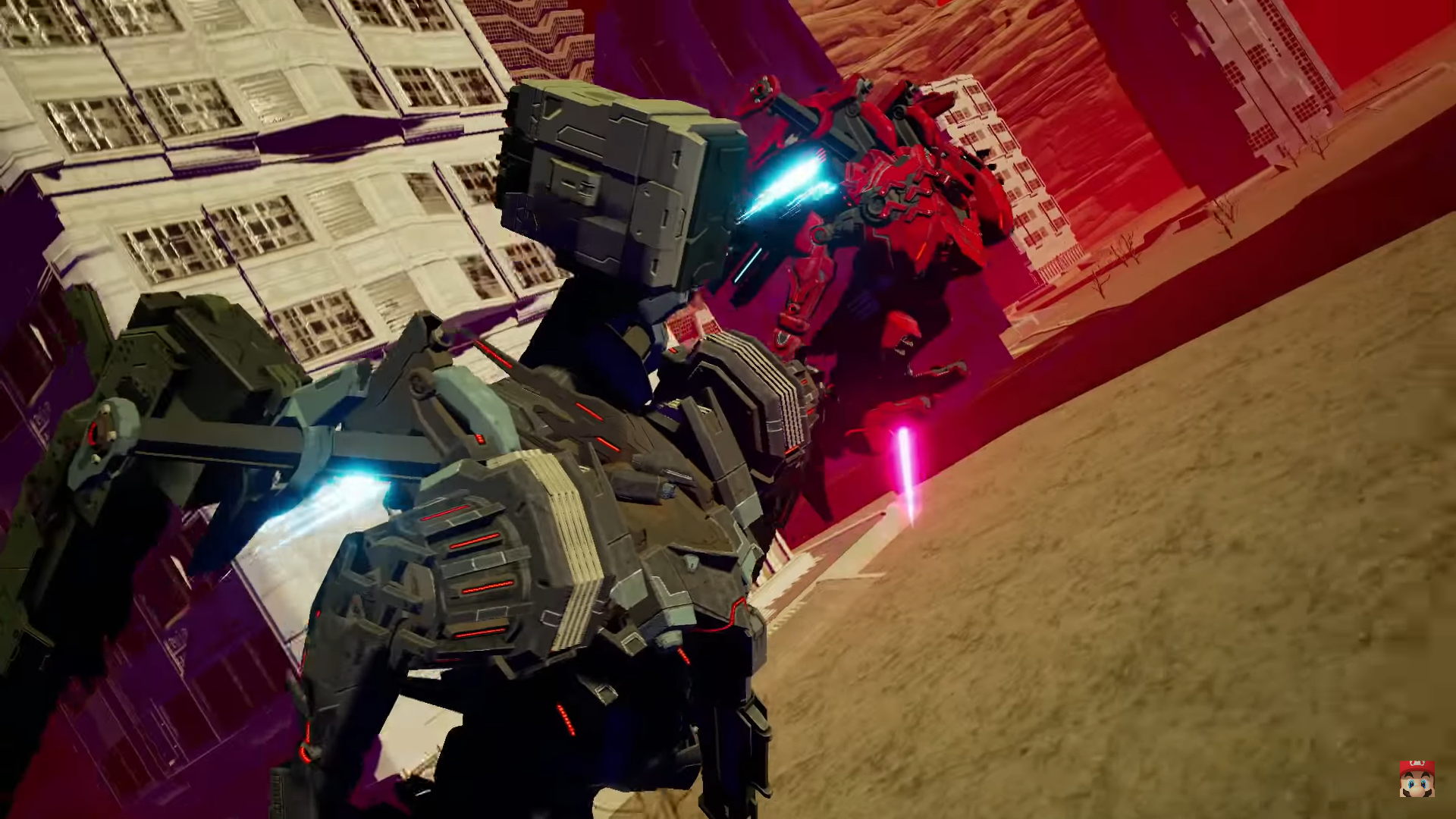 The promise: The Direct jumped straight into the action with the first trailer, which was full of mechs duking it out while a heavy metal track played. As abruptly as it began, it ended. Daemon x Machina would be coming to Switch in 2019.

Did they deliver? Not yet, but the Switch exclusive is currently slated for a winter 2019 release window, and received a demo back in February. The promise: More mechs were the subject of the next trailer, which showed humans and mechs at war. Xenoblade Chronicles 2’s expansion, Torna: The Golden Country would be released in September 2018.

Did they deliver? Yes. The expansion, which improved the game a bit, released on September 20, 2018. 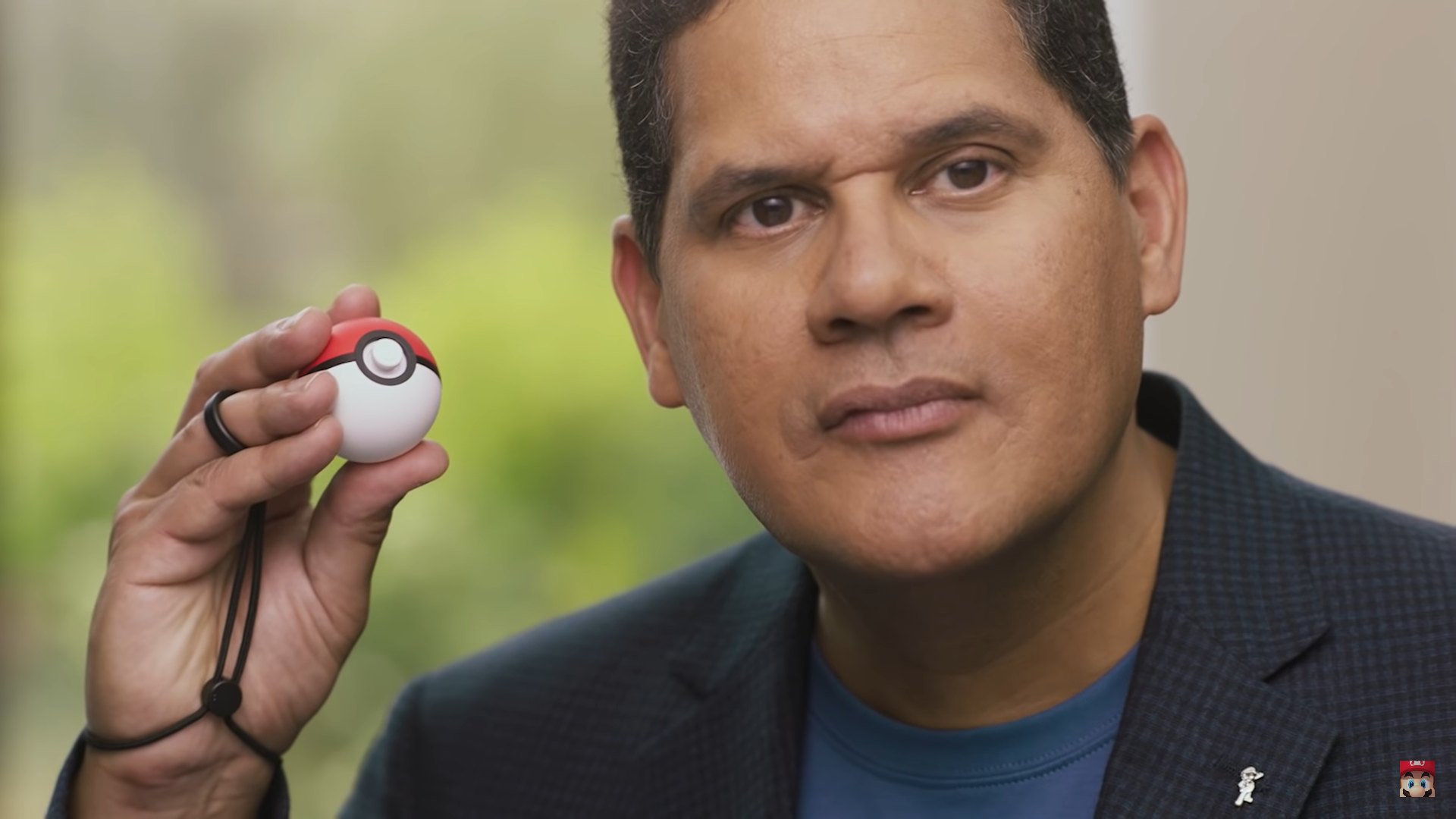 The promise: Two trailers in, then-president of Nintendo of America’s Reggie Fils-Aime discussed Nintendo’s vision with the Switch, which was to create a system that could be played “anytime, anywhere.” Fils-Aime posed the question, “Where will Nintendo Switch take you next?” Part of the answer was Pokémon Let’s Go! Pikachu! and Pokémon, Let’s Go! Eevee! which were revealed a few weeks prior.

Fils-Aime highlighted some of the games’ features, including the ability to transfer Pokémon from Nintendo’s mobile outing, Pokémon Go, into the Switch games. He also showed off the Pokéball Plus controller. Mew would come exclusively with every Pokéball Plus when the games, and the controller, hit stores on November 16.

Did they deliver? Yes. The Pokémon Let’s Go! games, and the Pokéball Plus controller, released as promised, dividing players into factions of Eevee and Pikachu fans. For the record, the correct choice is Pikachu. Maybe. 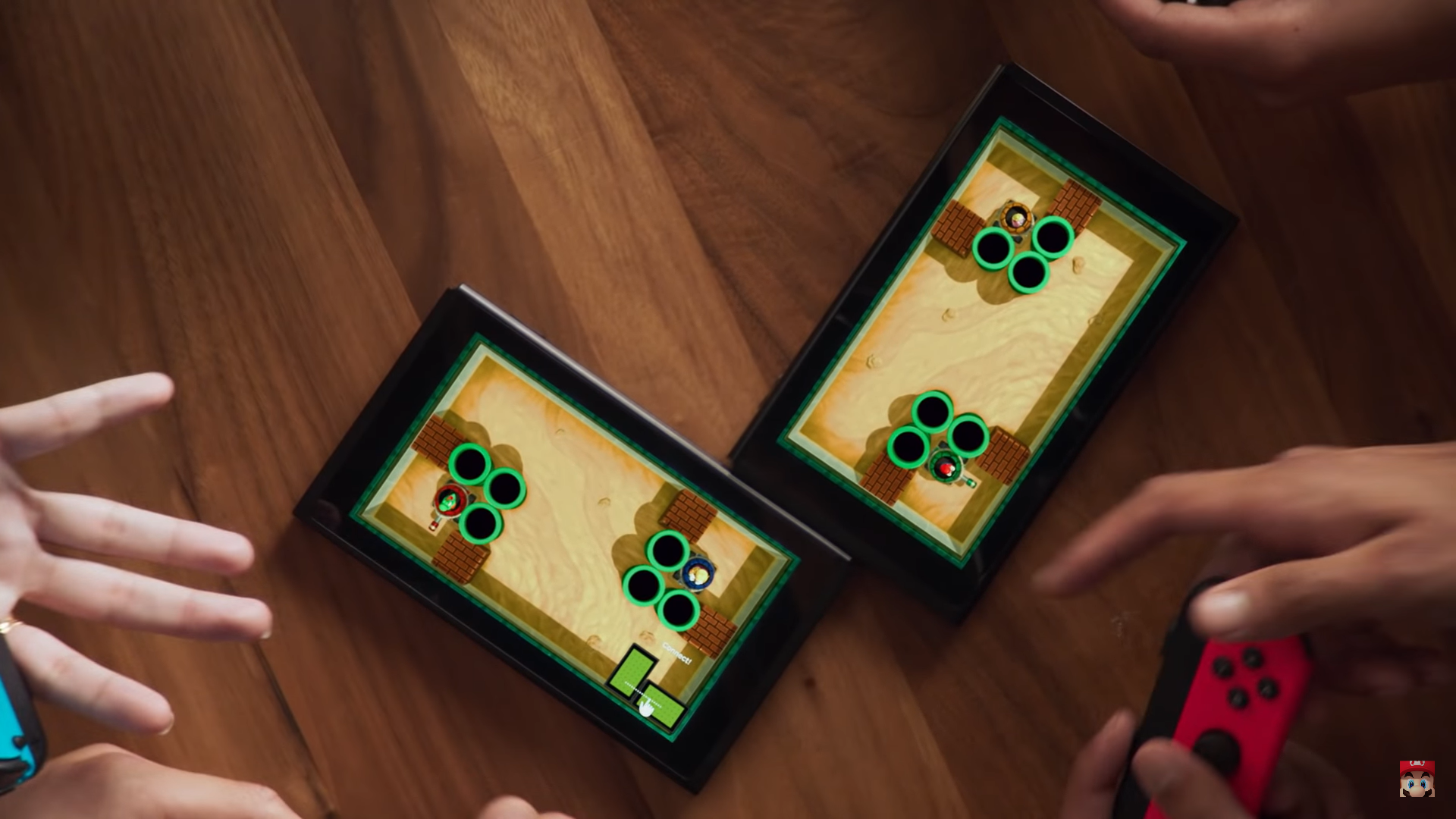 The promise: Moving right along, the next trailer showed people embroiled in fierce competition over a new Mario Party game. Super Mario Party would be released on October 5.

Did they deliver? Another yes. The first Switch game in the series made its debut on the promised date, with a party game that has some fun mini-games and surprisingly, no updates. 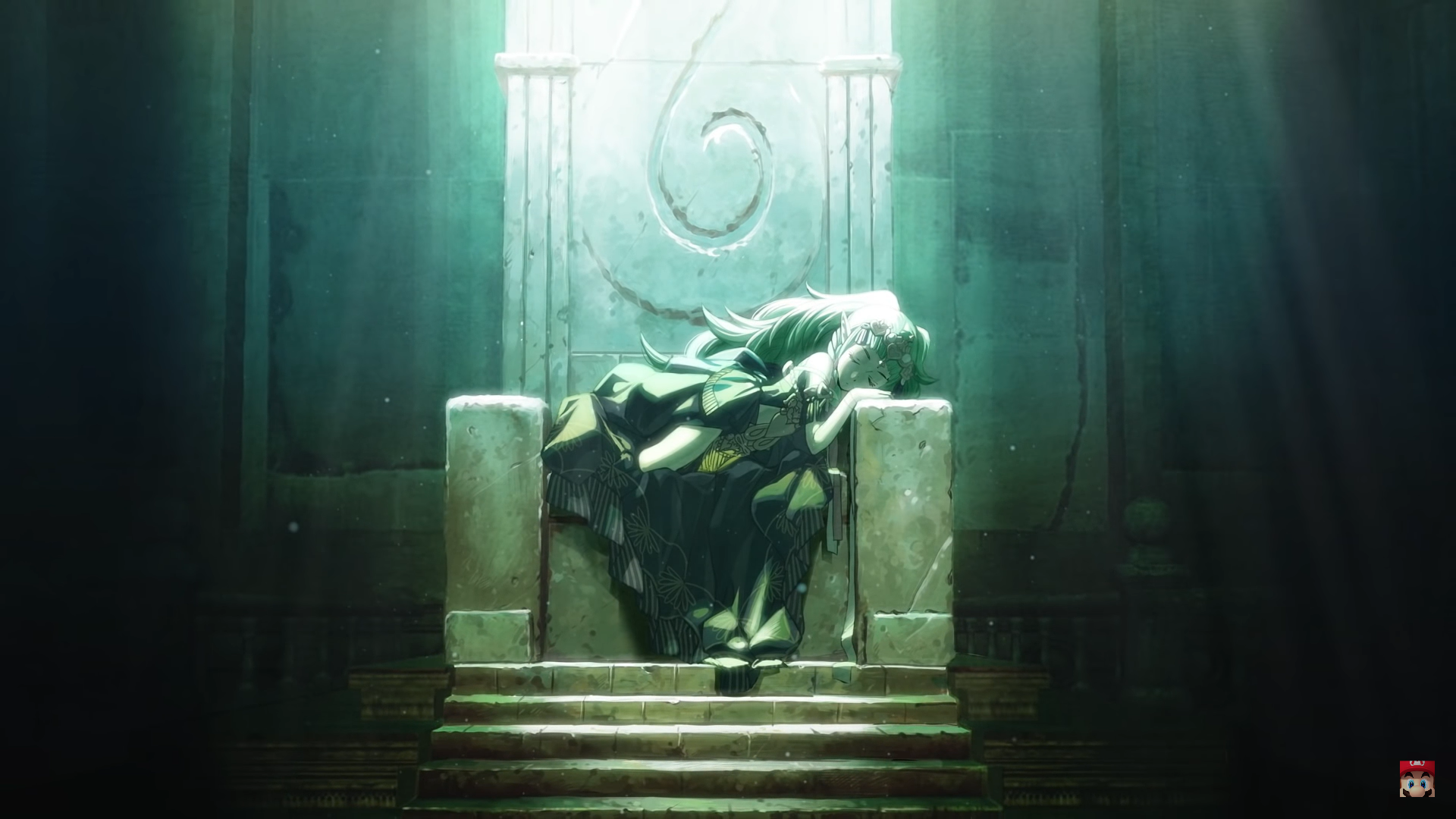 The promise: The latest entry in a strategy RPG series was next and highlighted a mix of story and gameplay in the trailer. Fire Emblem: Three Houses would be set in an academy, and would be released in autumn 2019.

Did they deliver? No. It’s winter right now, and Fire Emblem: Three Houses received an update during Nintendo’s February 13, 2019 direct which noted that the game had a new release date of July 26, 2019. 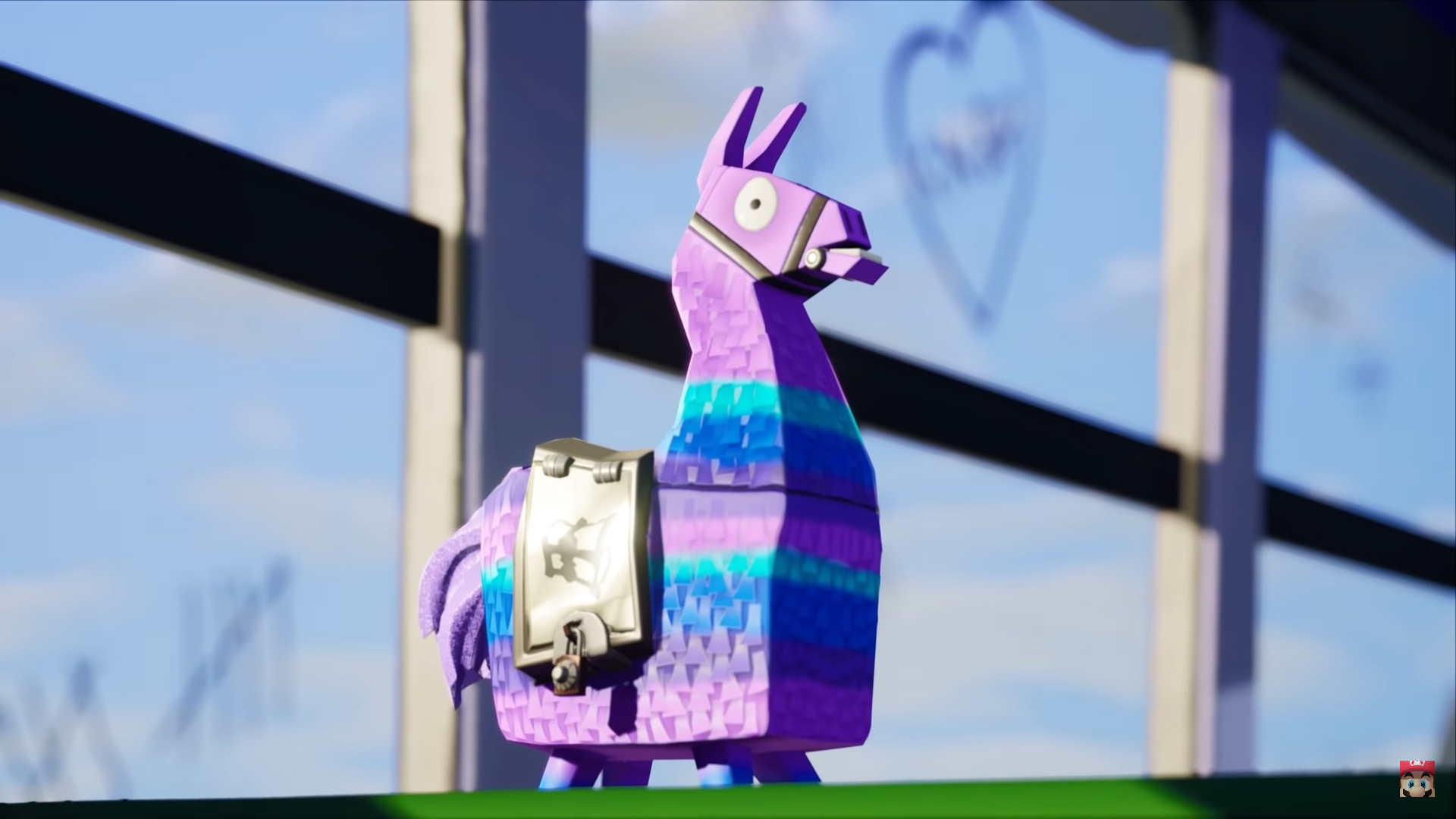 The promise: A tiny, colourful llama was just one rider on the battle, bus in the next trailer for Epic Games’ Fortnite. The game, with a battle royale mode you may have heard about, would be available for download that day, on Switch.

Did they deliver? Yes. Surprise! OK, maybe not that big a surprise on the game’s reveal since the game’s Switch appearance was leaked before the official unveiling. But it did release that day, so there’s that! The promise: Fils-Aime returned to discuss the success of indie games on the console, and highlighted a few games, including two new ones. The segment kicked off with Overcooked 2, featuring wireless, local, and online multiplayer on Switch. The ever-stressful and fun cooking game would be served up on August 7, 2018.

Did they deliver? Yep. The high-tension cooking game launched on Switch, as well as PS4, Xbox One, and PC, as promised. The sequel has received several DLC updates since, too. 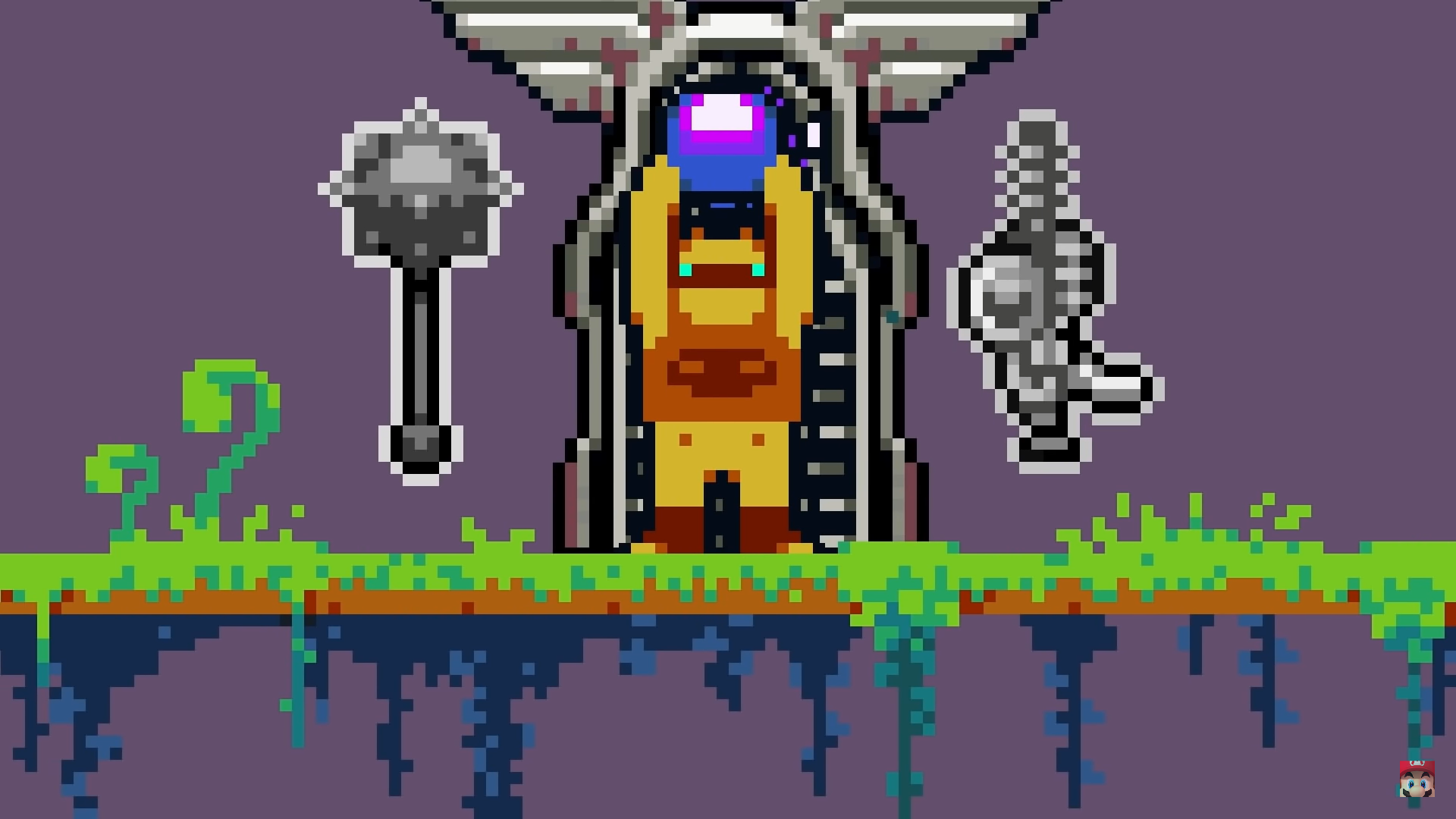 The promise: Players would be able to battle it out when Killer Queen Black would release first on Switch, later in 2018. 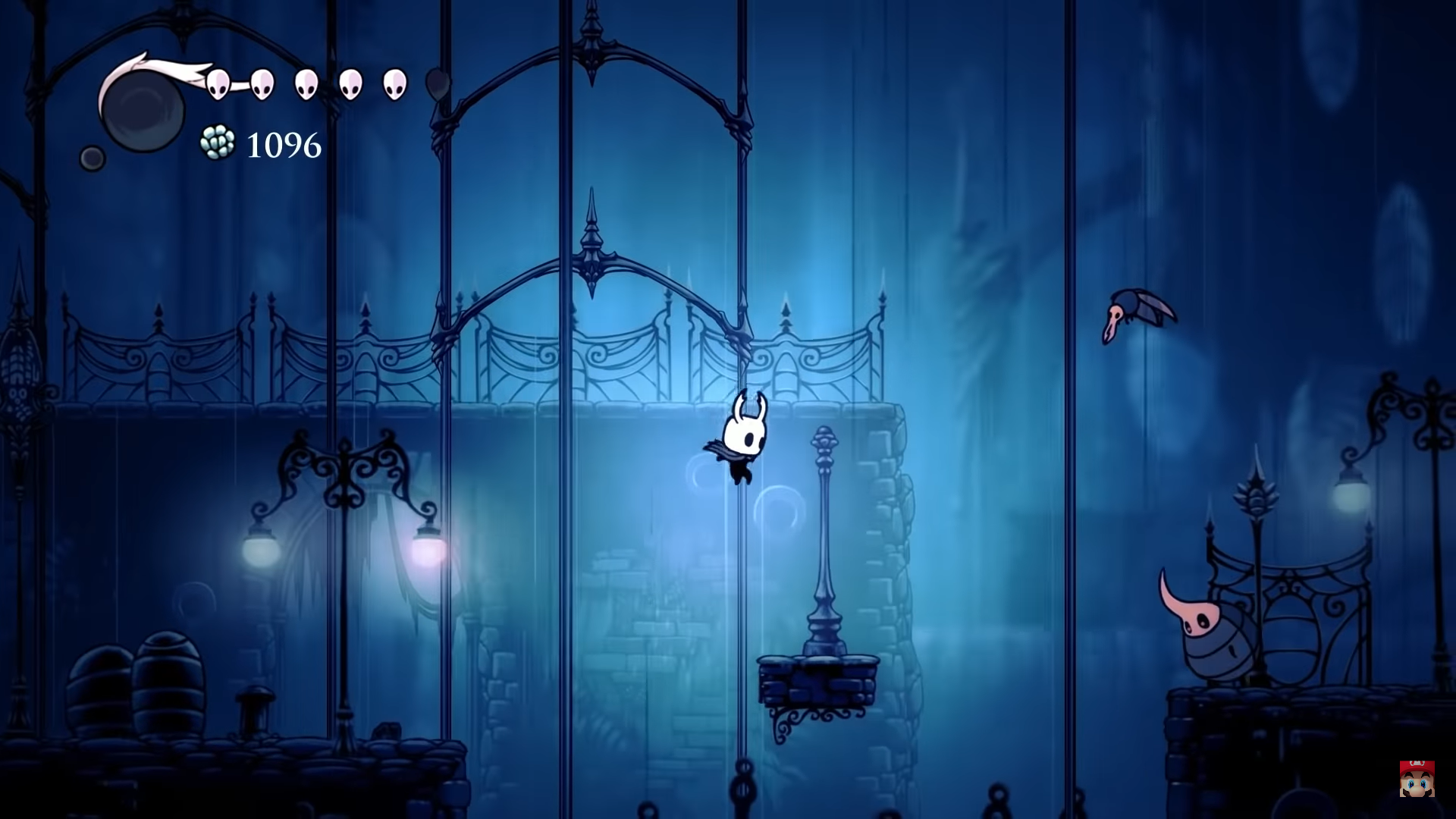 The promise: A small bug knight would charm its way to Switch that day with the release of Team Cherry’s indie platformer adventure game Hollow Knight.

Did they deliver? Yes. Released in February of 2017 for PC, the metroidvania finally made a console appearance when it launched on Switch on June 12, then again on September 25, 2018 for PS4 and Xbox One. The excellent game is also getting a sequel. The promise: Next up was an update for the RPG, Octopath Traveller, which would be released exclusively on Switch on July 13. A new demo would be released on the eShop on June 14, allowing players to carry over their saves to the full game.

Did they deliver? Yep. The demo was released, and the RPG followed on July 13. Octopath Traveller will no longer be exclusive to Nintendo, however, as the game is being released on June 7, 2019 for PC. Did they deliver? Yes, no, and not yet. Here are the details of those that scored a ‘yes’: Starlink (October 16 for Switch, PS4, and Xbox One. The game got an update on April 30, 2019 alongside a PC release). Arena of Valor (September 25, 2018). Nintendo Switch joined the Minecraft family on June 21 with crossplay compatibility with Xbox (and a marketing jab at Sony).

Captain Toad’s Treasure Tracker, originally on the Wii U, released with new features on Switch on July 13 alongside a 3DS version. A wonderful DLC pack, called Special Episode, followed in February of this year. Crash Bandicoot N. Sane Trilogy (June 29 on Switch and PC, which was a few days later than on Xbox One, and just shy of a year after PS4). Carcassone (December 6, 2018 on Switch, previously on PC and Xbox One).

The World Ends with You: Final Remix (October 12, 2018). Megaman 11 (October 2, 2018 on Switch, PS4, Xbox One, and PC). Mario Tennis Aces (the game was first revealed during a January Nintendo Direct, with a release date update confirmed during a March Direct. The game released on June 22, 2018 exclusively for Switch and the game received multiple updates since release).

It’s a ‘no’ on PixArk, which did not make its spring 2018 window and released just a few days ago on May 31 for Switch, as well as Xbox One, PS4, and PC. Dark Souls Remastered also missed its winter window, and released on October 18, 2018 on Switch, months after PS4, Xbox One, and PC received the remaster in May 2018.

Not yet: Ninjala. Information has been light on this one since its E3 2018 showing. 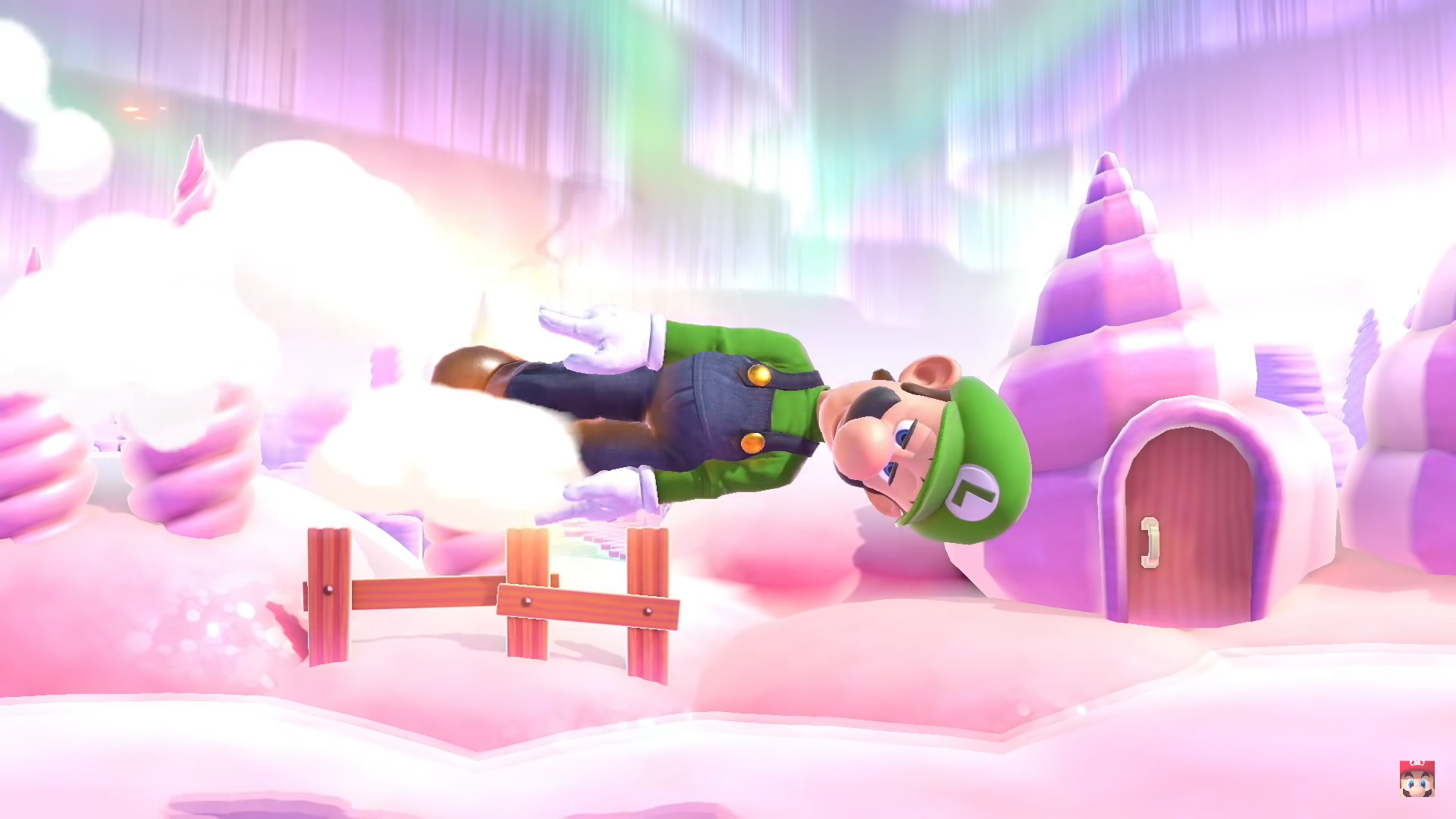 The promise: After the info dump, the 25-minute Super Smash Bros. presentation began, hosted by director Masahiro Sakurai, and it was a packed one. The unveiling of the fighting game’s roster revealed that ”Everyone is Here!” It would become the slogan for the game with a hilarious video showcasing just that. In the video, a number next to the character would reveal their appearance in the series, and the numbers just kept rolling on all the way up to 64 fighters, all who previously appeared in the series (yep, even Metal Gear Solid’s Snake), even if it was one previous appearance or as DLC, for “the biggest crossover in gaming history.”

The 64th fighter was a new playable addition to the roster—Splatoon’s Inkling. Lots of other features were highlighted including new stages, tweaked final smashes, new costumes, assist trophies (sorry, Waluigi fans. He would remain an assist and not playable) and more. The game would also support compatibility with GameCube controllers, as well as compatibility with all Super Smash Bros. amiibo and other series. And for a final surprise, the Metroid series’ Ridley was revealed as a playable character. Ridley’s amiibo, along with a new Splatoon Inkling amiibo, were unveiled after the Direct during Treehouse Live.

Phew! Super Smash Bros. Ultimate would be available on December 7, 2018.

Did they deliver? Sure did. Everyone is there in the fighting game including some additional characters, such as Animal Crossing’s Isabelle and more, who were announced in the months post E3 and joined the roster at the game’s launch. And now, even more, as DLC fighters were added in the months following the game’s release such as Joker from Atlus’ RPG Persona 5, and Piranha Plant from the Super Mario Bros. universe.

The Ridley and Inkling amiibo released on December 7 too, with other amiibo including Ice Climbers and more, available in the months since. The game also received a stage builder back in April for the 3.0 update, and Nintendo Labo VR support was added just last week. 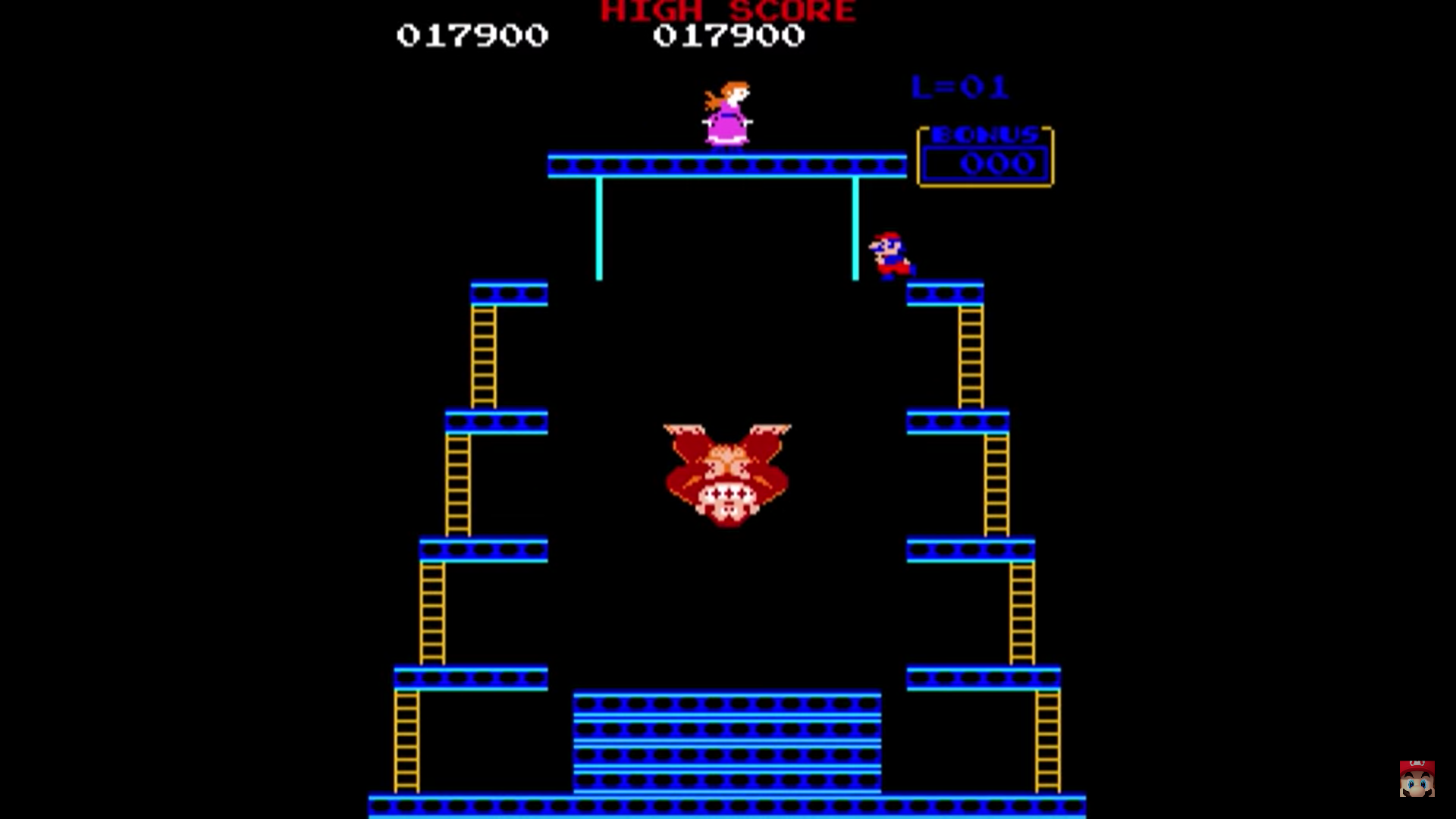 The promise: In the days following, Nintendo had the aforementioned Treehouse Live segments to highlight their upcoming games. On day 3 of Treehouse Live, the show kicked off with an announcement that two classic arcade games would be headed to Switch. As part of the console’s Arcade Archives, the original Donkey Kong would be available that day, and Sky Skipper would be available in July 2018.

Did they deliver? Yes. Donkey Kong was available that day on the console, and 1981’s Sky Skipper launched on July 20. To learn more about the importance of the release of these two classic arcade games, check out Kotaku’s article for an intriguing history lesson.

And that’s it for Nintendo’s E3 2018 showcase. The company and its development partners did relatively well in keeping its promises save a few games, with one of them—Fire Emblem: Three Houses—being the most notable exception. The other games that did not make it were PixArk and Killer Queen Black, the latter we’re still waiting on.

There’s also Ninjala and Daemon x Machina as ones that haven’t yet released, with the former having little information about it since its E3 2018 appearance. 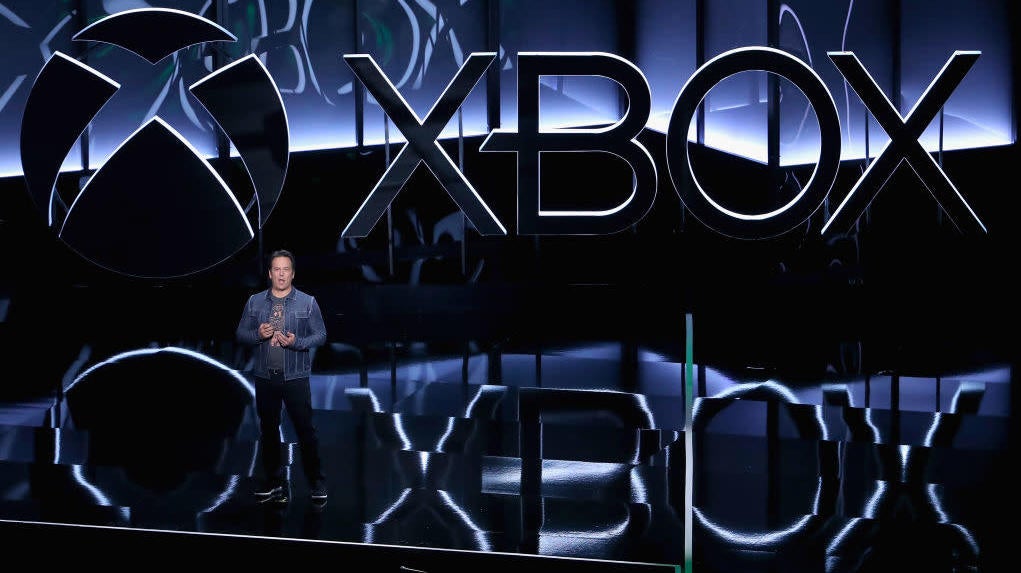 One Year Later, Did Microsoft (And Friends) Keep Their E3 2018 Promises?

E3 2019 is just around the corner, and it’s going to look very different this year without PlayStation. Before we look to the future and are blinded by the razzle-dazzle of trailers and announcements at this year’s event, we need to address what happened in 2018. As we ask every year: Did the three big console makers and their development partners deliver on their promises made at last year’s E3? Let’s find out. First up is Microsoft. 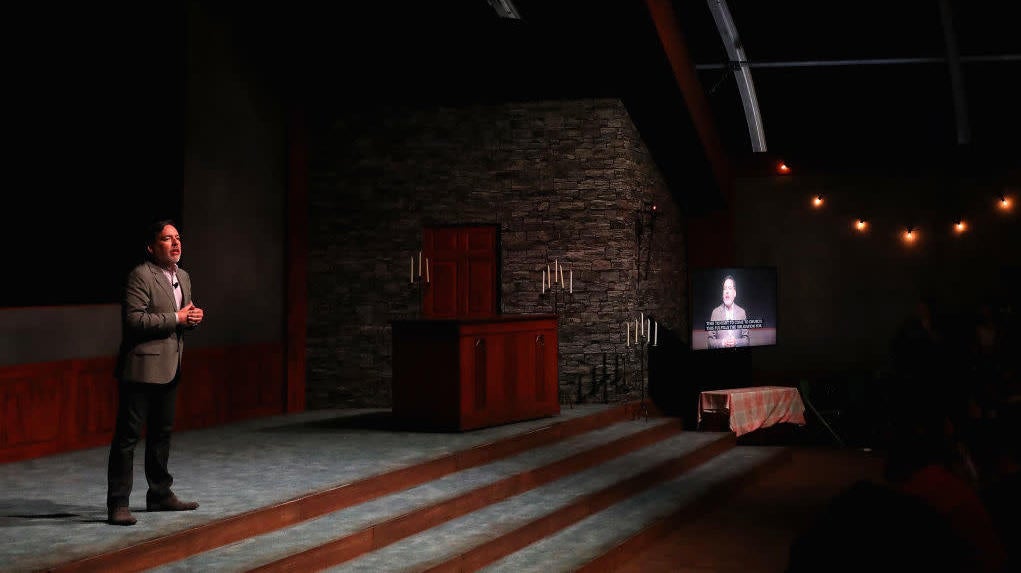 One Year Later, Did Sony (And Friends) Keep Their E3 2018 Promises?

On the evening of June 11, 2018, at LA Centre Studios, PlayStation’s head of worldwide studios Shawn Layden welcomed everyone to a tent where Sony was about to host an unusual E3 showcase.