When I first started Persona Q2: New Cinema Labyrinth, I was having an absolute blast. That wasn’t surprising, because its predecessor, 2014’s Persona Q, was an excellent game, and the series these games draw from, Etrian Odyssey, is also excellent. So it was with high expectations that I jumped into a Hard mode playthrough on my 3DS, ready to scramble and map and socialise my way through tough labyrinths and gruelling boss fights. I got some of that, but where I was expecting to be dazzled, the game ultimately fell a little short.

Persona Q2 is a turn-based role-playing game where you traverse multi-floor labyrinths and map them: You draw the walls, add icons for treasure and shortcuts, and mark the locations of puzzle components like switches, rotating gates, and fans that can blow your party across large gaps. Navigation puzzles largely revolve around progressing while avoiding FOEs, on-map enemies that will one-shot your team into oblivion.

The challenge is deciding when to progress and when to retreat based on your limited resources. Having to leave the labyrinth just shy of activating a new shortcut can lead to retreading an already-tough section of dungeon, but pressing forward can result in a costly game over and a painful loss of progress. As Kotaku news editor Jason Schreier put it, these games are all about resource management. 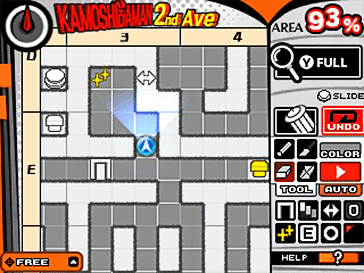 Like many Atlus games, particularly the Etrian Odyssey games that this series draws from, Persona Q2 forces you to use skills and resources you might otherwise hoard. You don’t just save your good shit for the boss fights in these games. You must use skills and magic to exploit enemy weaknesses, because letting even a regular random encounter drag on for more than a few turns can result in a sudden game over. Each character has a limited set of elemental, physical, and support skills attached to what’s called a Persona, supernatural entities born from the subconscious (essentially). Personas can be fused and can pass along skills, creating a wide variety of combat options. They also provide pools of health and skill points that renew in each battle—an invaluable resource that can make or break a trip into the labyrinth. 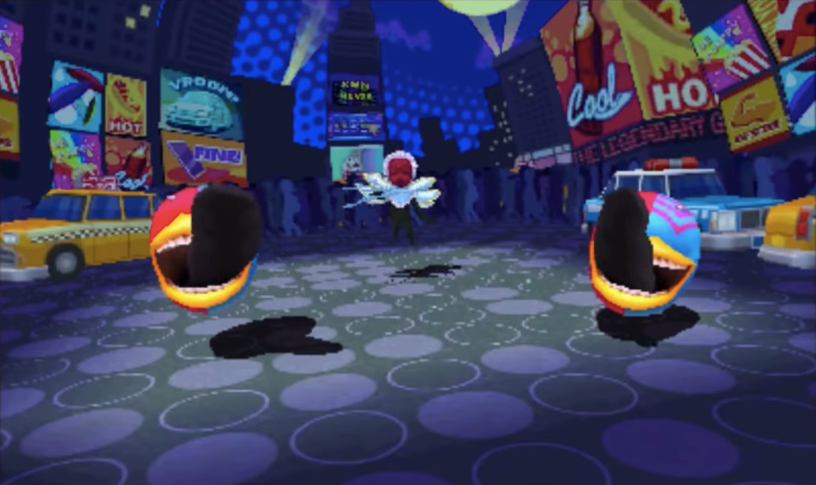 Persona Q2’s first couple acts were strong. The rhythm of progressing, resting, and customising my Personas was incredibly satisfying. The mystery of how the teenage casts of Persona 3, 4, and 5 ended up trapped in Q2’s movie theatre was compelling. As the gang wound up having to enter movies and change their endings, I was excited to see what film genres might inspire the labyrinth worlds. The introduction of new characters like Persona 3 Portable’s female protagonist kept the interactions interesting.

The game leaned into the fun of characters from different games meeting—sparks fly, for example, when the Persona 4 and 5 protagonists meet, shown in a stylish, fully animated scene. The staggered introduction of usable party members kept the combat possibilities fresh but manageable. I had a great time playing through the first couple movies. The special screenings, sidequests set in cordoned-off sections of the main labyrinths, felt fun and varied. Unfortunately, the game didn’t manage to keep up that pace.

For one, the battles weren’t very interesting overall. While it’s possible in Persona Q2 to get your entire party flattened in one go, it felt far too easy to just scamper back out of the labyrinth and heal up. I had hoped that the removal of the nurse’s office’s pay-to-heal mechanic—something I was happy was gone when I wrote impressions of the game in May—would be balanced by an analogous increase in gameplay difficulty. It was not. I found myself breezing through places where Persona Q or any Etrian Odyssey games on similar difficulty settings would have already kicked my arse. This became most obvious in boss fights: The bosses didn’t force me to think too far outside the box the way they have in other Persona or Etrian Odyssey games.

Uninspired labyrinths, combat got stale, issues with tone, Teddie can fall off a cliff

Adding to the frustration was having the story hamfistedly thrown in my face. I was initially relieved to find that the game’s new non-Persona characters, Hikari and Nagi, didn’t figure too much into the narrative. As the labyrinths continued, the plots were undergirded by facile, heavy-handed narratives about avoiding conformity and being yourself. The characters reacted so verbosely to everything that I started to feel like I was playing an after school special.

On top of that, the characters chewed the scenery so badly every time Hikari seemed sad that I found myself physically incapable of caring about her. “THIS IS SO SAD! YOU SHOULD FEEL SAD ABOUT THIS!” the game intimated with misplaced earnestness. The characters went about proselytizing the glory of being yourself with such urgency that they felt silly. It’s unfortunate, because there are relatable and even smart thematic strokes about depression and self-realisation in the late-game story, but they come too late. 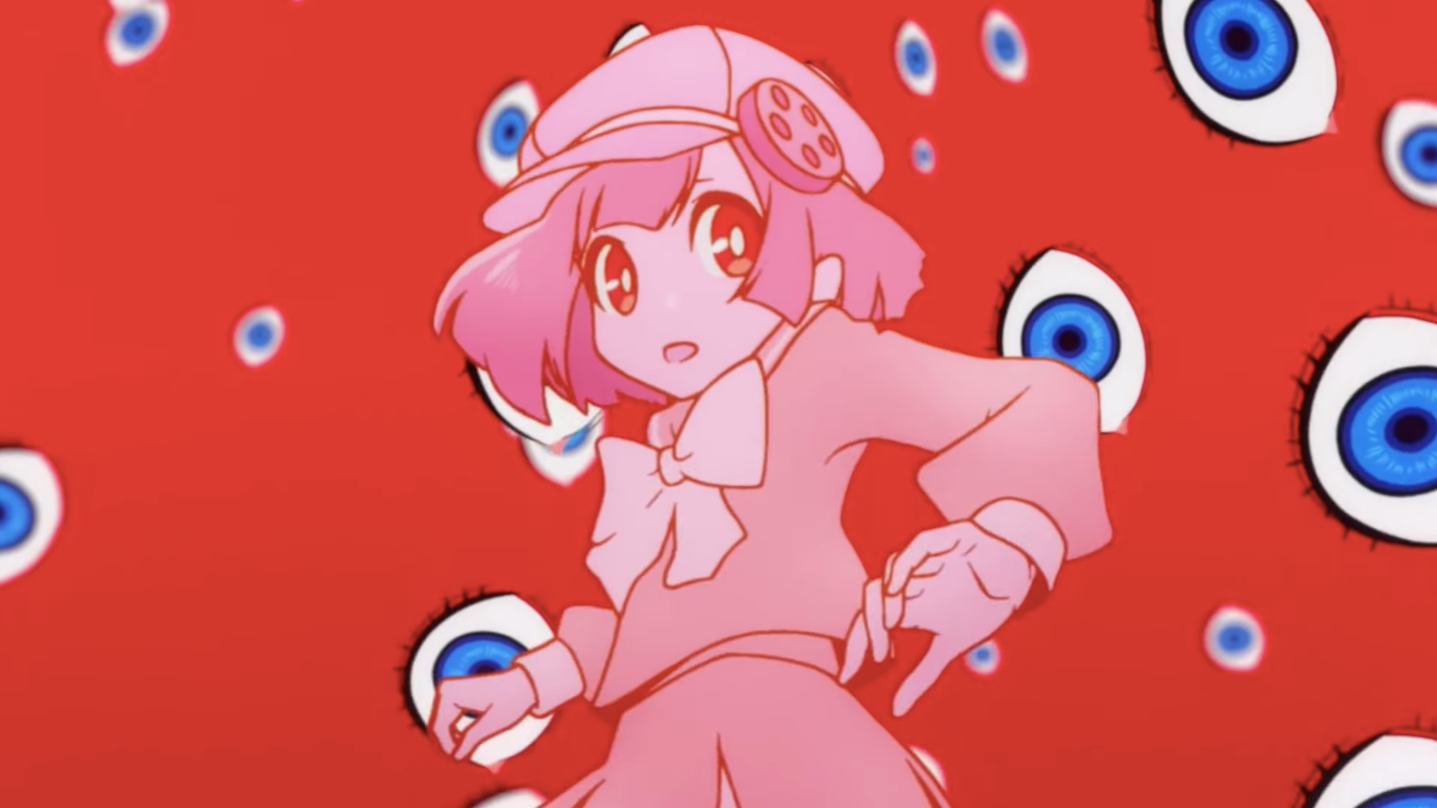 As a result of all this, the sidequests—which decrease in variety as the game goes on—aren’t very fun, as they generally provide lots of extra scenarios for overused gags. It was fun to see new characters interact with each other as they were introduced, especially with super-nerd Futaba’s pop culture-aware commentary on it all. There are genuinely funny moments—a scene where “Aw, here it goes” appears as a dialogue option made me yelp with laughter—but a lot of the dialogue reverted to recycled jokes like weird bear suit-wearing Teddie being a creep, Morgana and Teddie fighting over who’s the best cute-and-fuzzy mascot for the group, or musclehead boxer Akihiko talking about protein. Persona Q was also a silly, sometimes discordant take on more serious source material, but the gags in Q2 got so overdone that, without the buttress of stronger gameplay, I couldn’t help rolling my eyes.

In the last act, the mix of a grating story and stale combat got to me. Each labyrinth had a new gimmick that ultimately resulted in a similar formula: One blocked path meant I needed to take the one other path, hit a switch, and then try again. Hardly a puzzle, unless the little printout mazes like you might pencil through in elementary school count.

Each of the game’s labyrinths even had its own custom icons (the mapmaking tools are a nice touch, including dynamic icons that change when you interact with things). But that didn’t make the puzzles any less shallow, and exploring every nook and cranny of the dungeons didn’t feel as rewarding as I would have liked. Further, the designs of the deadly FOE enemies—both their visuals and pursuit patterns—left a lot to be desired. Here is a dinosaur. Here is another dinosaur, but this one flies.We are in sci-fi land. Here is a robot with wrecking ball hands. Here is a robot with crazy drill hands. Here is a sentry robot. 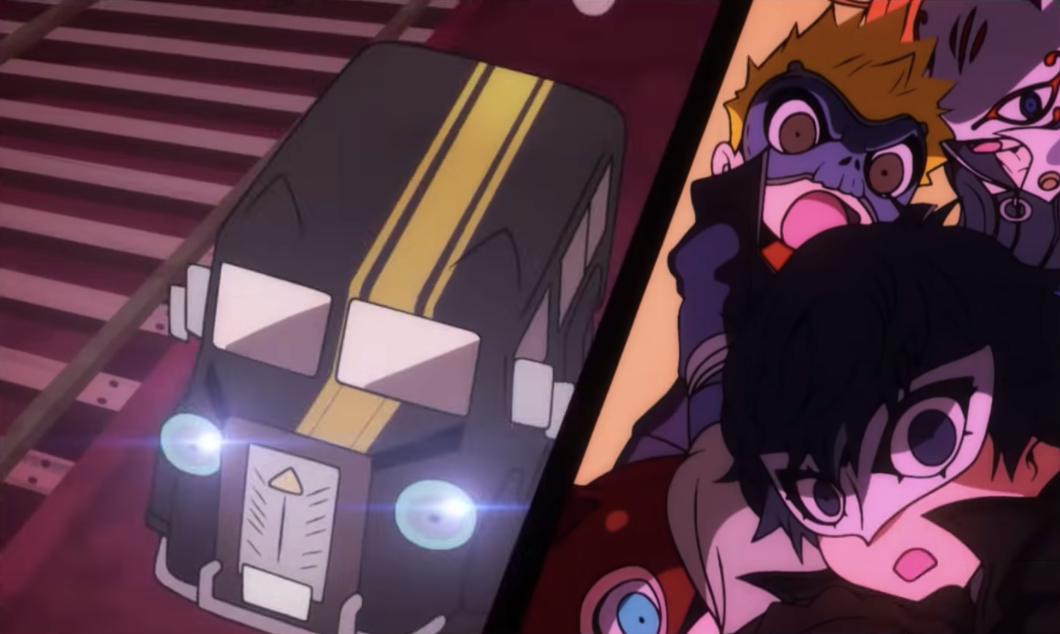 Late in my playthrough of Persona Q2, I found myself utterly stumped. I was in the middle of the game’s penultimate labyrinth, navigating a series of rising and falling lifts that could either block my progress or create new paths. After unlocking a shortcut between two cordoned-off sections of the maze, I stopped and reassessed where the lifts and switches were. There was a part of the map I had apparently not accessed, blocked off by a lift, but operating the switches both made the path trickier and released FOEs. I felt mildly annoyed that the game waited this long to give me any difficulty. I traced my finger along the map to plot out possible plans of action. As I charted more and more routes in my head, the solution seemed more impossible. This was the sort of puzzling I had been craving and missing.

That is, until I realised that I’d mismarked a nearby door and could just go straight ahead through it. That, indeed, was the “solution.” There wasn’t even a treasure to be found in the other direction.

I got angry at the game. Persona Q2 had barely tried to stump me, and the only difficulty in this labyrinth came from my own slip of the stylus. The puzzle-solving elements of Persona Q weren’t exactly genius-level, but they were creative and thoughtful, escalating in difficulty and often requiring pattern recognition, experimentation, and careful planning.

Starving for challenges this late in the game, I realised that the simplicity that worked for me as a way of introducing gameplay elements earlier on had fizzled into a disappointing anticlimax. Persona Q2 isn’t a mindlessly easy game, but it’s certainly not the most challenging, either.

I love Etrian Odyssey. I love Persona Q. If you’re a diehard fan of any of these series or of hardcore RPGs in general, you might enjoy the first Persona Q more. And while the lowered difficulty might be a positive for series newcomers, the ways Persona Q2 falls short makes me reluctant to recommend it as a gateway. There’s real fun to be had in Q2, but there are better ways to get your feet wet.