Phantom Brigade Is A Mech Strategy Game Where You Can See Into The Future, And I Love It 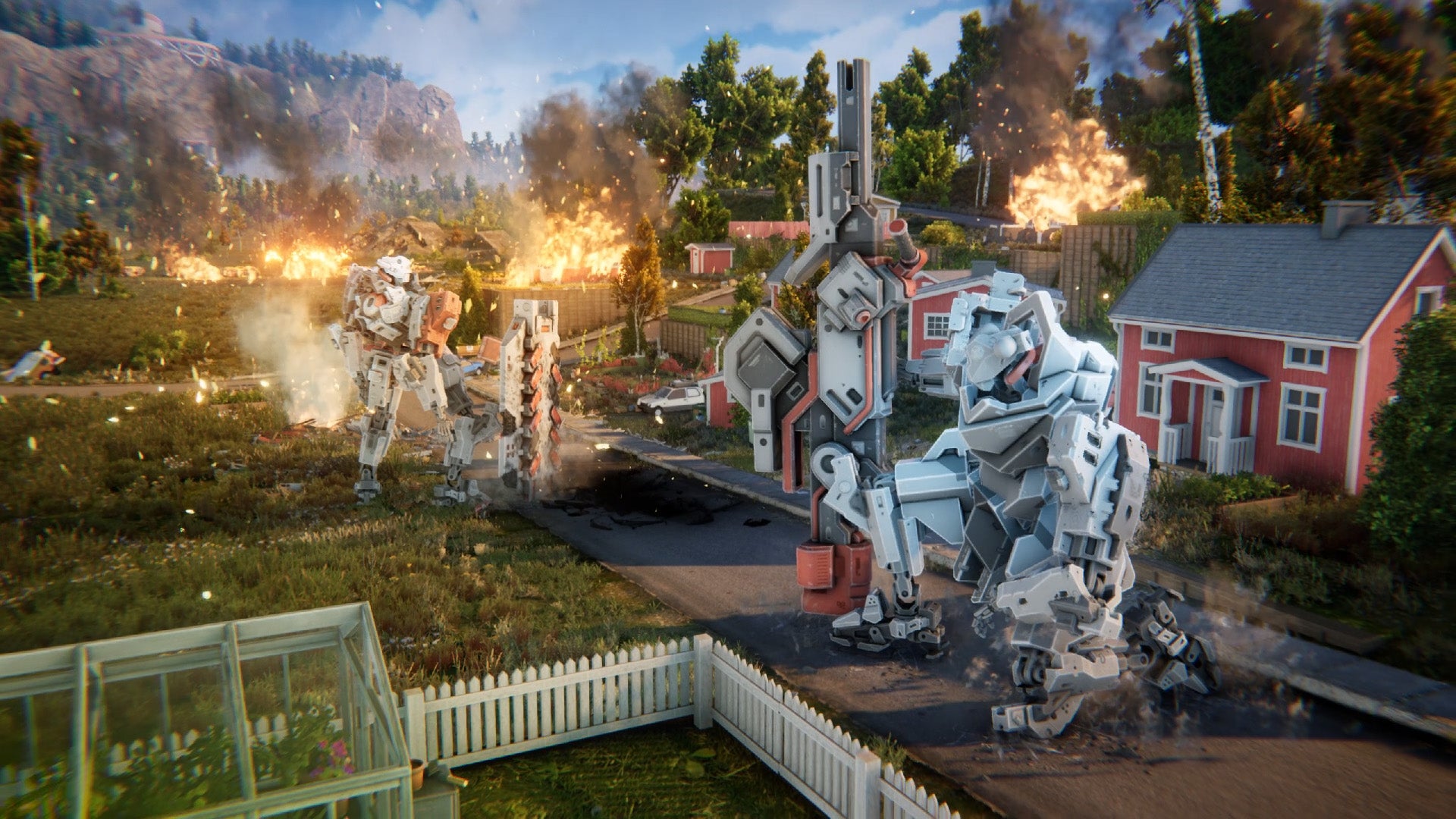 In Phantom Brigade’s very first encounter, I immediately found myself severely outnumbered — just two mechs against an enemy force of one mech and seven tanks. And yet, I emerged from this mechanised showdown with barely a scratch on either of my big stompy boys. It was over in seconds, but I had all the time in the world to plan.

Also, I could see into the future. That definitely helped a little.

Though I only got to play a brief demo during the E3-adjacent Indie Mix event in Los Angeles, I’m extremely psyched about Phantom Brigade. Originally an XCOM-inspired mech game, it got revamped into something much more unique after its lead designer Chad Jenkins started working at Crypt of the Necrodancer and Cadence of Hyrule studio Brace Yourself Games.

Now it’s a hybrid of turn-based and real-time strategy where you decide what moves you’ll make before you make them, but you can see what your enemy is going to do on their turn by scrubbing through a video-editing-like timeline. This causes holograms of your opponents to go through their planned motions.

You then slot your actions — movements, attacks, defensive stances and so on — into the timeline as you please. Actions cannot overlap, but otherwise, you’re free to go wild.

I cannot overstate how cool this is. Let me give you an example of how it played out during my demo: The enemy mech and his tank battalion had ambushed my aforementioned handsome stompy boys. In one turn, every tank would open fire on one of my mechs, and the enemy mech was set to slam right into mine, a battering ram of armoured steel.

This would’ve spelled doom for my mech — or at least severe, limb-based damage — but Brace Yourself Games’ founder Ryan Clark pointed out that I could dart out of the enemy mech’s movement path and then move alongside it, using it as a shield.

I could also, while in motion, blast the enemy mech, leading to an oh-so-satisfying situation in which it would get pelted by my bullets and its own friends’ tank shells. Chef kiss emoji, friends. Chef kiss emoji.

Using the timeline interface, which allowed me to see both my own timeline and my enemy’s, I dragged my movement and attack commands so they’d be in lockstep with the enemy’s decidedly less handsome stompy boy. I also timed my other mech’s movement to nearby cover so that its line of sight would intersect with the enemy mech while in motion.

Then I hit the “execute” button and watched it all play out.

It was glorious. Everything went exactly to plan, minus a few stray shots that pinged off my mech’s armour. The enemy mech was reduced to a smoking heap, its gun wrecked and one of its legs irreparably damaged. Suddenly, things didn’t look so bad for my giant robo duo. Two fast, mobile, future-seeing mechs versus a handful of slow-moving tanks? I liked those odds.

The enemy mech’s pilot, meanwhile, elected to eject in hopes of saving his own skin. This, in the final game, is where a Shadow of Mordor-like Nemesis System will come into play. 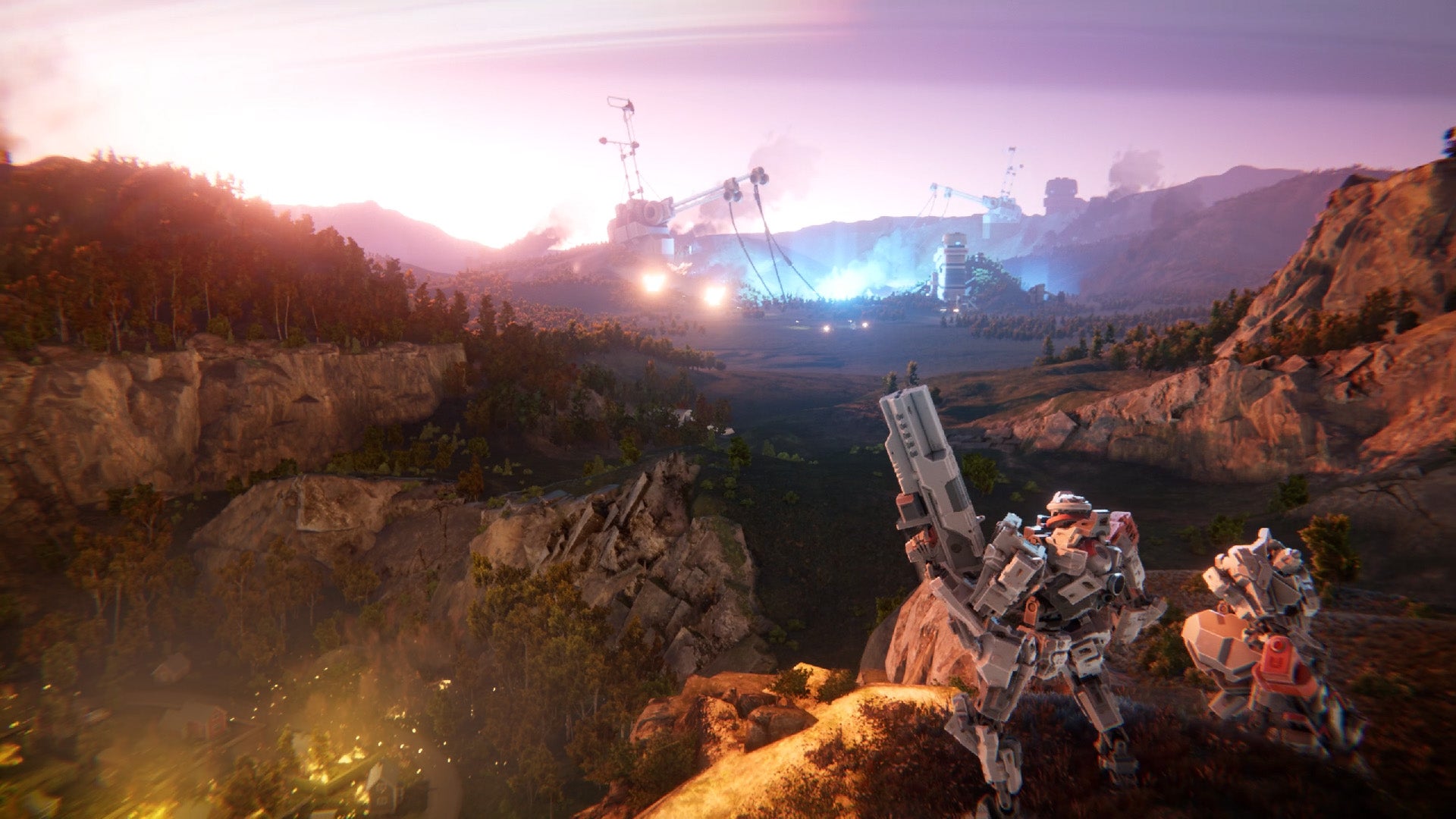 “We want to make it so that they will land somewhere in the world, and you can capture them,” Clark said. “And if you don’t go and capture them, they will return to their base and perhaps give intel on your position, and then they’ll return someday and fight you again and be pissed at you, or know it’s you…

“We want it to feel like Shadow of Mordor where you have those encounters, and it feels meaningful to you. You know that if you don’t go recover that pilot, it’s gonna come back to bite you in the arse.”

That’ll play into Phantom Brigade’s larger campaign layer, in which you play as a lone squad of mech pilots tasked with retaking their homeland. It’s very much a last-ditch effort, so you’ll have to capture enemy mechs, supplies and structures to turn the odds in your favour. You’ll also have to manage pilots and mechs, who can permanently die or be destroyed in the field.

You might also find yourself in situations where you simply can’t afford to lose a mech, so you decide against ejecting a pilot, even though they’ll probably die in an act of mech-salvaging desperation.

Phantom Brigade is about a year out at this point, and there’s still a lot of work to be done. However, as an enormous fan of XCOM, mechs and Shadow of Mordor, I’d be lying if I said I wasn’t already dangerously close to core-reactor-meltdown levels of excitement.

I went into the demo with zero expectations and came out with a new addition to my list of most anticipated games. If you have my exact taste in video games — or if you just like turn-based strategy games — this is one to watch, for sure.