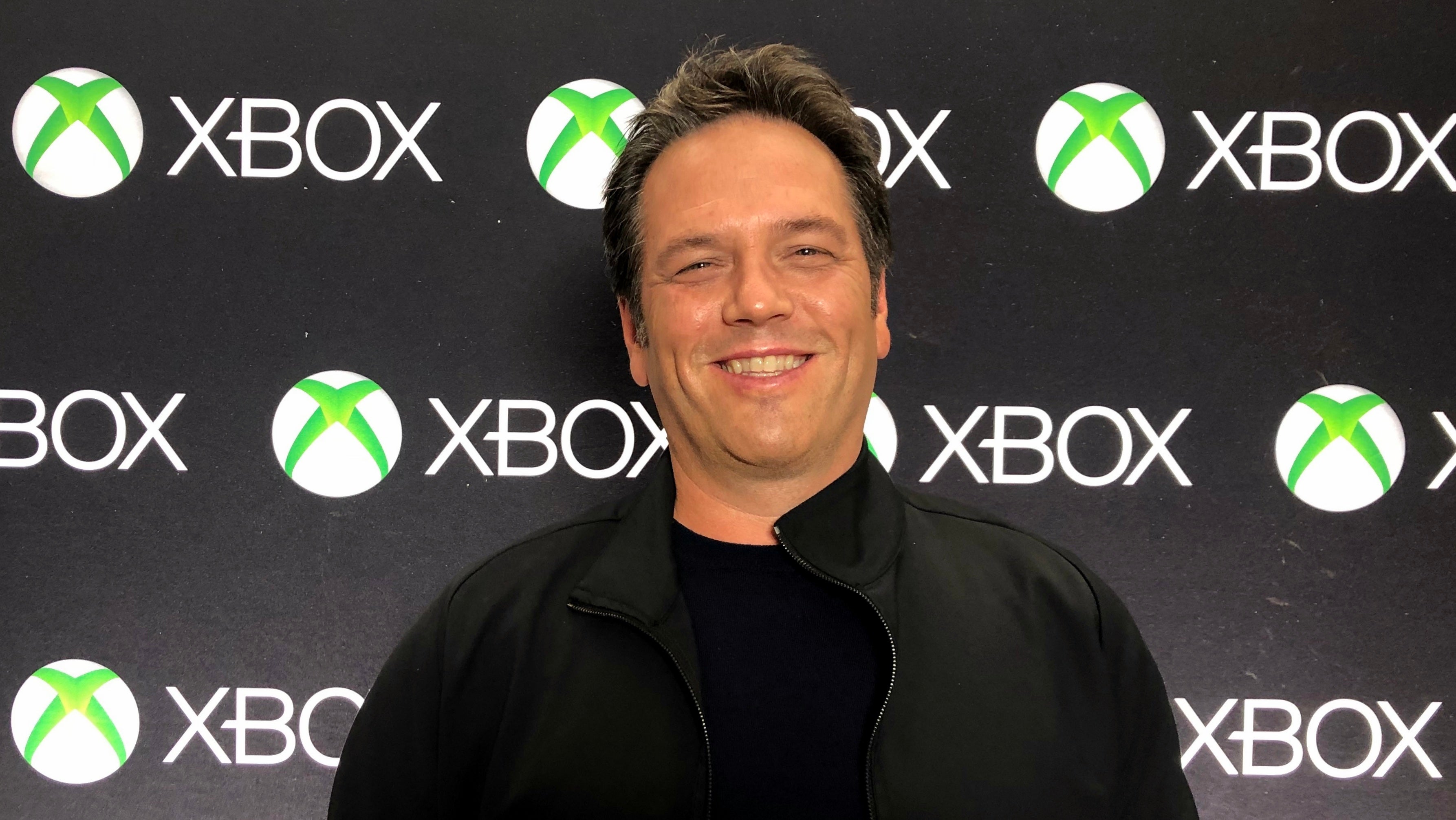 Xbox chief Phil Spencer has heard from the sceptics. They think that what he’s doing with Xbox means that Microsoft is giving up on consoles, or even going third party. That’s all wrong, he told me during an extensive interview in Los Angeles last week, where we discussed his vision for Xbox, the recently announced potential gaming deal between Sony and Microsoft, and whether he’d ever want to put Gears of War on the PlayStation 4.

Stephen Totilo, Kotaku: I want to talk first just on a platform level. I would describe what you and your team are doing these days as “refreshingly radical” in terms of how you’re running a platform.

You’ve really broken down a lot of walls and done a lot of things that, in the past, would have been thought of as things a platform holder wouldn’t do. As a thought experiment, I thought that if PlayStation was doing what you guys were doing, last year,God of Warwould have come out day and date on PS4 and PC.

Totilo: I wouldn’t have necessarily had to pay $US60 ($87) for it. I could have gotten it as part of a subscription that got me a lot of games. And at some point in the future I might be playing it without even needing a PlayStation by just having it streamed to me.

Totilo: I’m curious how far you see this vision extend, because I know some people wonder: “Does Xbox even need to have a box?” long-term. Does it need to have all its games all on one device anymore? Where does this go eventually?

Spencer: We use this tagline both internally and externally: Play the games you want, with the people you want and we say on the devices [you want], which you can think about as “anywhere.” And we are driven by that. We actually think two billion gamers on the planet, the size of the business that gaming is today, that for us the industry continues to grow when we reduce friction to people coming in.

The scenario that always just drives me crazy is, I’m a parent, you’re a parent, we live in the same neighbourhood, we have kids, you go into Best Buy and you happen to buy an Xbox.

I go into Best Buy and happen to come out with a PlayStation. Our kids want to play Minecraft together, and they can’t. And I think overall, as a gaming industry, how does that grow gaming?

It’s changing, it’s not just us. We’ve made great inroads with Nintendo. But this started when we were going to ship our first-party games on Xbox and PC at the same time, a few years ago.

There’s always the core that kind of comes back [and says]: “You’re reducing the need to buy an Xbox.” I actually find that in reality people play on a console because they enjoy playing on a television on the couch with a controller in their hands, and it’s an experiential thing more than it is trying to sell an individual device. To shorten it: We focus on the player; we don’t focus on the device.

Totilo: But you can make enough money doing what you’re doing? This is a business.

You have other companies entering gaming who don’t even have a console as part of their equation. It’s all about how many games are people playing. And how much people are spending playing those games and how often they play.

Totilo: So if you had your way, would you be selling Gears on the PS4 this September?

So, today, people are saying: “Are you going third party?” Whatever that means. But the idea that we are a platform company continues to be true, and we think about how that platform infrastructure could grow. And we think having the world’s most powerful console, having a great Xbox in the home, is a critical component to that.

Totilo: Yeah, but you value having Cuphead and Minecraft be able to break those traditional boundaries and wind up on the Switch…

Spencer: With Xbox Live so that everybody is playing together….

Totilo: So, to go back to that, would you value at some point having a Gears or a Halo on a PlayStation or a Switch?

Spencer: The games themselves are critically important to players and people playing. But ensuring that you have a connected ecosystem with the players, where people’s save game and their state and their friends list and their entitlements move seamlessly from every ecosystem—from every device—that they want to play on is critical. There aren’t other systems where we can go do that today.

Today on the Switch, what we’re able to do is we have Xbox Live on the Switch so we can keep those communities connected. And we have, as you pointed out, a certain number of franchises that have shipped over there.

But in the end we think us having a native platform in the home for years is going to be critical for to continue to push our vision of where the gaming platform should be.

Totilo: So where would you draw the line between which games you’d value seeing on other platforms? And which you would not?

That is a distinct focus for [Xbox games chief] Matt Booty and the team. We value the relationships we have with the other companies that are out there. We think that we learn from them, we think we can help gaming grow all up with cross-play, cross-buy, cross-progression, all these things that we focus on. We think we’d be incredibly limited in pushing that vision if we weren’t strong on console and growingly strong on PC.

Totilo: In terms of partnerships and surprising things, the announcement about a month ago that there’s a partnership between Sony and Microsoft that is gaming-related startled a lot of people and confused some people. Can you talk about what that deal is, where it comes from, and what it means if I think of the world in terms of Xboxes and PlayStations?

Spencer: We should start, just so we’re clear, that it’s a memorandum of understanding. It’s the beginning of the kind of conversation. Sony and Azure looking at the future of cloud gaming.

We look at what you’re going to need in order to be a future gaming platform—content, community, and cloud are things that we focus on—and there are only a couple of companies on the planet that really have a global cloud that can reach gamers everywhere. Today, it would be us and Amazon in terms of the scale. Google’s building their cloud.

So I think when you’re another gaming company and you’re looking for who you’re going to partner with, you could either go and invest tens of billions of dollars in trying to catch up, or you can figure out who your partners are. And the nice thing for us is—you can focus on Sony, you can focus on a lot of companies—we have this thing called Microsoft Game Stack.

We announced it at GDC: it’s DirectX, it’s Windows Studio, it’s Azure. Even [Google’s Phil] Harrison when he was on stage announcing Stadia was showing Havok, was showing Digital Studio, was showing things that we build—we’re going to have platform components, as Microsoft and as our gaming org that competitors use.

We do think about the strength that we get as our platform grows and having great partnerships with gaming companies helping us grow that platform strength is important to us. 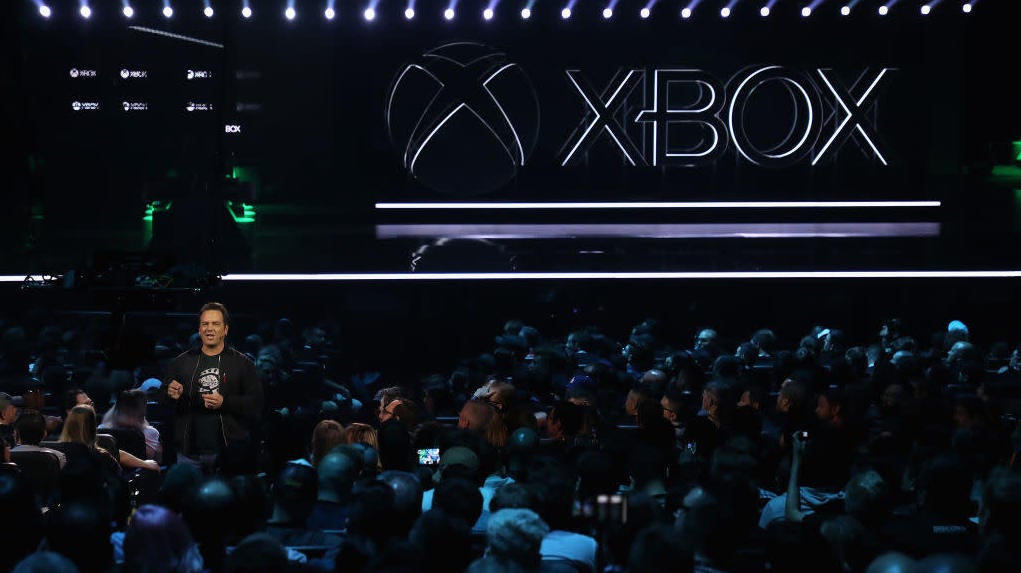 Spencer: It’s just kind of counter to the strategy and what we are as a company. But I’ll say this: I actually think gaming is a better place because of the other brands that are there.

In the last 20 years, the number of gamers on the planet has tripled. Gaming’s a $US150 ($218) billion a year business, and it’s growing double digits. I don’t see us succeeding as necessarily requiring others to not succeed.

I’ve said this publicly before: I think the role that those other gaming companies play in gaming is critical. We’re a big publisher on those platforms. We have great relationships with them.

So [instead of] blocking them so that it somehow kind of minimises their impact on the future growth of gaming, I’d rather find ways of working with partners to help grow gaming. I just think it’s better, because it’s not a fixed market. It’s a market that’s growing. There are customers all over the planet that we haven’t reached that love to play video games.

We’ll have more from my chat with Spencer soon, as we discuss online toxicity, first-party game quality and more.