Preparing For Final Fantasy XIV’s Upcoming Expansion Has Killed Me

Final Fantasy XIV’s next expansion, Shadowbringers, is available for early access next Friday. In the short time left from now to then, I’ve been furiously sprinting to level characters and blaze through story content so that I can have everything perfectly in place for the launch. It’s a process that’s pushed me to my limits, as I grind jobs and characters into tip-top condition.

For some players, getting ready for an expansion is easy. If they only have one character, for example, they can just play through the story until they’re at the end. From there, they level gear or jobs however they want and hop into the new content when it launches.

My situation is a little different. I play on a server known for roleplaying, which means that there’s just as much in-character improvisational acting as high-end boss battles. Instead of having one character with which I do everything, I have a stable of characters to use for storytelling purposes, all of whom have their own jobs and gear.

Alts aren’t uncommon in online games, but Final Fantasy XIV makes it easy to stick to one character if you want. Except I don’t want that. I want a kind conjurer to help heal folks, I want a snooty Dragoon to bump into folks on the street, I need villains for multi-event storylines. But this also means that getting ready for an expansion is tricky. The last week or so has been a mad, tiring rush to level classes. I think it might be killing me.

The biggest tasks have been completing the story quest for so many characters and getting their main jobs to the maximum level. Some of this process has been interesting, since it’s pushed me into job roles that I’d largely ignored until now. Levelling Dark Knight was fun. Going from healing to tanking was an anxious but exciting experience.

But levelling Dragoon, which involved powering up my second Samurai? That’s more like work. It means sitting the hell down and playing dungeon after dungeon. It means running through quests I’ve seen multiple times over, unlocking locations I’ve already been to on other characters, and praying that I get good loot along the way. (Unlike many people on my server, I’m not some type of bajillionaire who can just buy gear.) 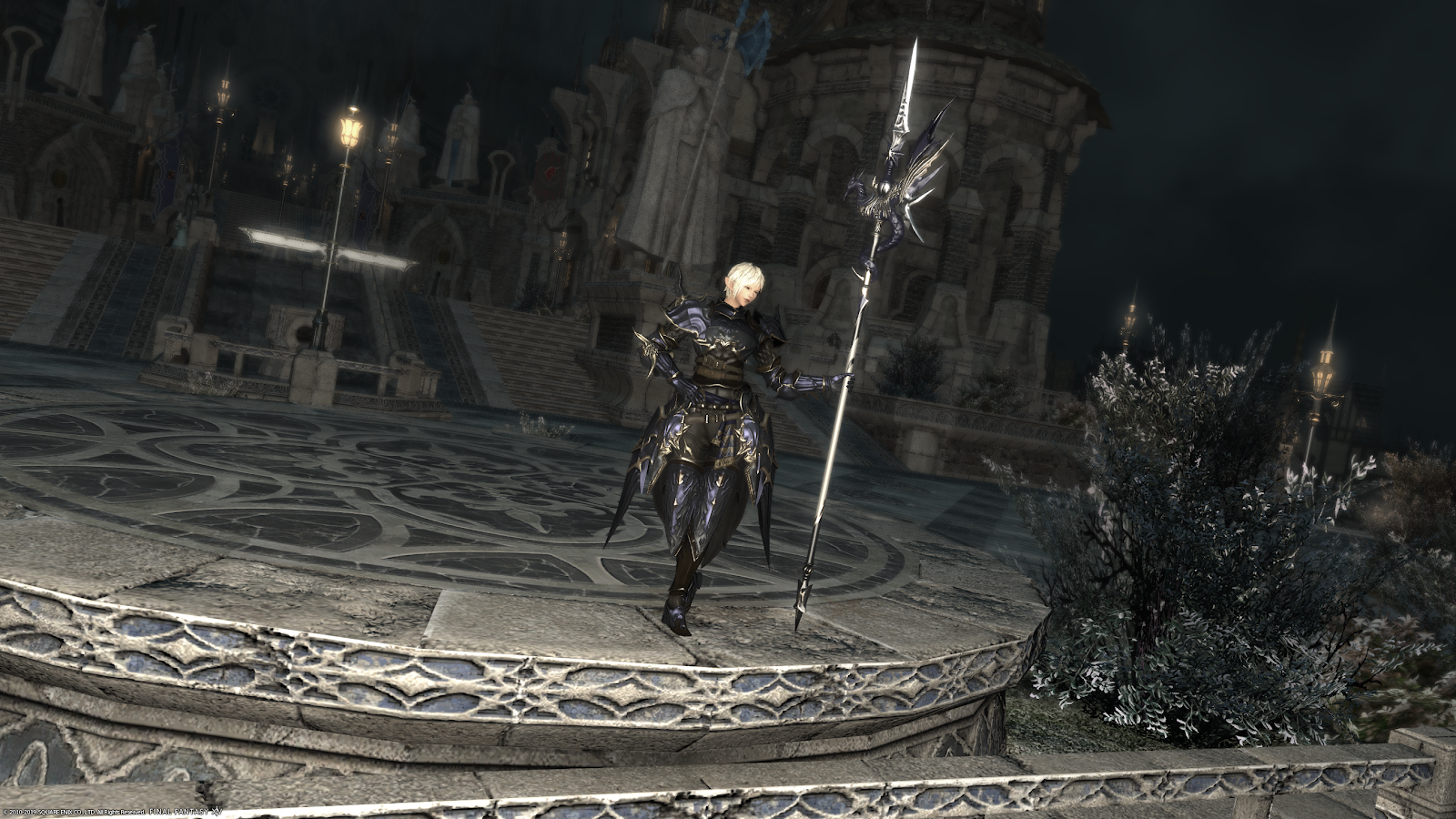 Levelling can be a tiresome process, particularly since the wait times for dungeons are long for damage dealing classes. If you’re playing a tank or healer? That’ll actually go well, because you’re never going to be waiting more than five minutes, except if you’re picky about the content you’re playing.

But if you’re playing as a DPS character? Grab a book or do something else while you wait. There’s a solution for this, a piece of content where you queue up in an instant. But this particular piece of content also involves one of the most mind-numbing ways to level up: Palace of the Dead and Heaven on High.

These are two semi-random dungeons with multiple floors that run with whatever teammates are available. Completing floors is relatively quick at 10-20 minutes per run and the payoff of experience points is good. It’s also repetitive, simple, and exhausting.

In levelling my final classes, I’ve run through a truly unknowable number of Heaven of High floors. I queue up, hop in, fight the same monsters and the same boss, hop out, reset, and do it again. In the last 48 hours alone, I venture that I’ve done at least 80 runs.

At first, it was a great escape from all the hectic online chatter after E3. Now? My body is sore and I think I’m dying. Like, I mean that. I think I’m getting sick.

I woke up with a terrible headache and completely sapped energy, and while I’m sure most of that is just germs from subway poles and my own bad luck, I also might have pushed myself to the breaking point. (And yeah, I know this is no one’s fault but mine.)

I started levelling my second Samurai from level 50 on Saturday. I reached just shy of the max level of 70 last night, stopping only as I felt sickness start to ravage my senses.

My only break from this process was the hard work of covering E3, and a quick turnaround of a review for the fabulous Cadence of Hyrule. For better or worse, most of my characters are ready for Shadowbringers, with multiple jobs finished and most within spitting distance of finishing the story.

I have no idea, but I guess we’ll find out once Shadowbringers launches.