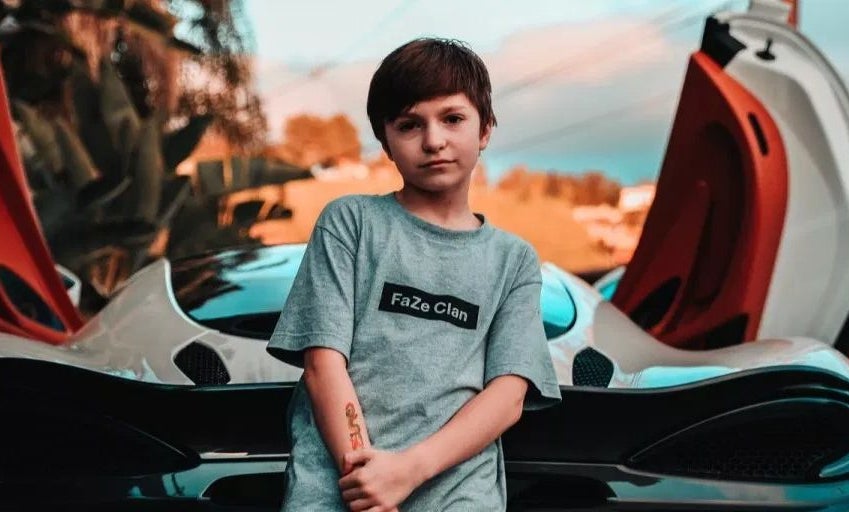 H1ghSky1 (Image: FaZe Clan)
To sign up for our daily newsletter covering the latest news, features and reviews, head HERE. For a running feed of all our stories, follow us on Twitter HERE. Or you can bookmark the Kotaku Australia homepage to visit whenever you need a news fix.

Most of the details in Turner “Tfue” Tenney’s recent lawsuit against FaZe Clan focused on the ills of his since-leaked contract with the esports organisation.

But the suit also alleged that FaZe lied about the age of another player it signed, saying he was 13 when, at the time, he was only 11. This would make the player ineligible to participate in Fortnite tournaments and stream on Twitch. Now he’s been banned from Twitch sans explanation.

The player in question is H1ghSky1, a Fortnite streamer and competitor who had nearly 500,000 followers on Twitch before his channel got taken down yesterday evening. In Tenney’s legal complaint, he and his attorney claimed that FaZe not only lied about H1ghSky1’s age, but also “pressured the minor and his family to do so” in violation of labour codes.

Then, last week, esports publication Upcomer released a report claiming that H1ghSky1 signed with FaZe one month before his 12th birthday, citing sources and social media posts from his parents directly referencing his age in 2012, at which point they said he was 5 years old. That would make him 12 now. Kotaku reached out to FaZe about the report last week but did not receive a response.

Now Twitch has suspended H1ghSky1’s channel, and while it hasn’t provided a reason, H1ghSky1 doesn’t seem to have any other notable infractions staining his track record. Meanwhile, Twitch’s terms of service state that “by downloading, installing, or otherwise using the Twitch services, you represent that you are at least 13 years of age.” Kotaku reached out to Twitch, FaZe, and H1ghSky1 for more information but did not hear back as of this writing.

As for what happens next, it’s hard to say. If H1ghSky1 is indeed 12, it’s likely that he won’t be streaming or playing in tournaments for a while. He previously won thousands of dollars in official Fortnite tournaments, despite Epic’s age minimum of 13 for competitors.

Epic has yet to take any sort of action, but a representative did provide Kotaku with a statement: “We have a dedicated team that actively monitors competitive integrity. If a player has been determined to compromise competitive integrity, we will make adjustments to the standings and placements as needed.”

None of this bodes well for FaZe, a monolithic esports and lifestyle organisation that’s made headlines for all the wrong reasons these past few weeks. However, FaZe still managed to shock everyone by signing Twitch star Nick “Nickmercs” Kolcheff last week amid the controversy. For now, FaZe continues to chug along, despite rocky roads of its own making behind and ahead.