Even though moments of climactic action are often what we remember best about revolutions, transformative change often starts in the quiet moments long before any of the theatrics begin. The stories featured in this week’s best new comics are all about people in the midst of rapidly-changing worlds, but what really stands out about these new series is the quiet before the storm. 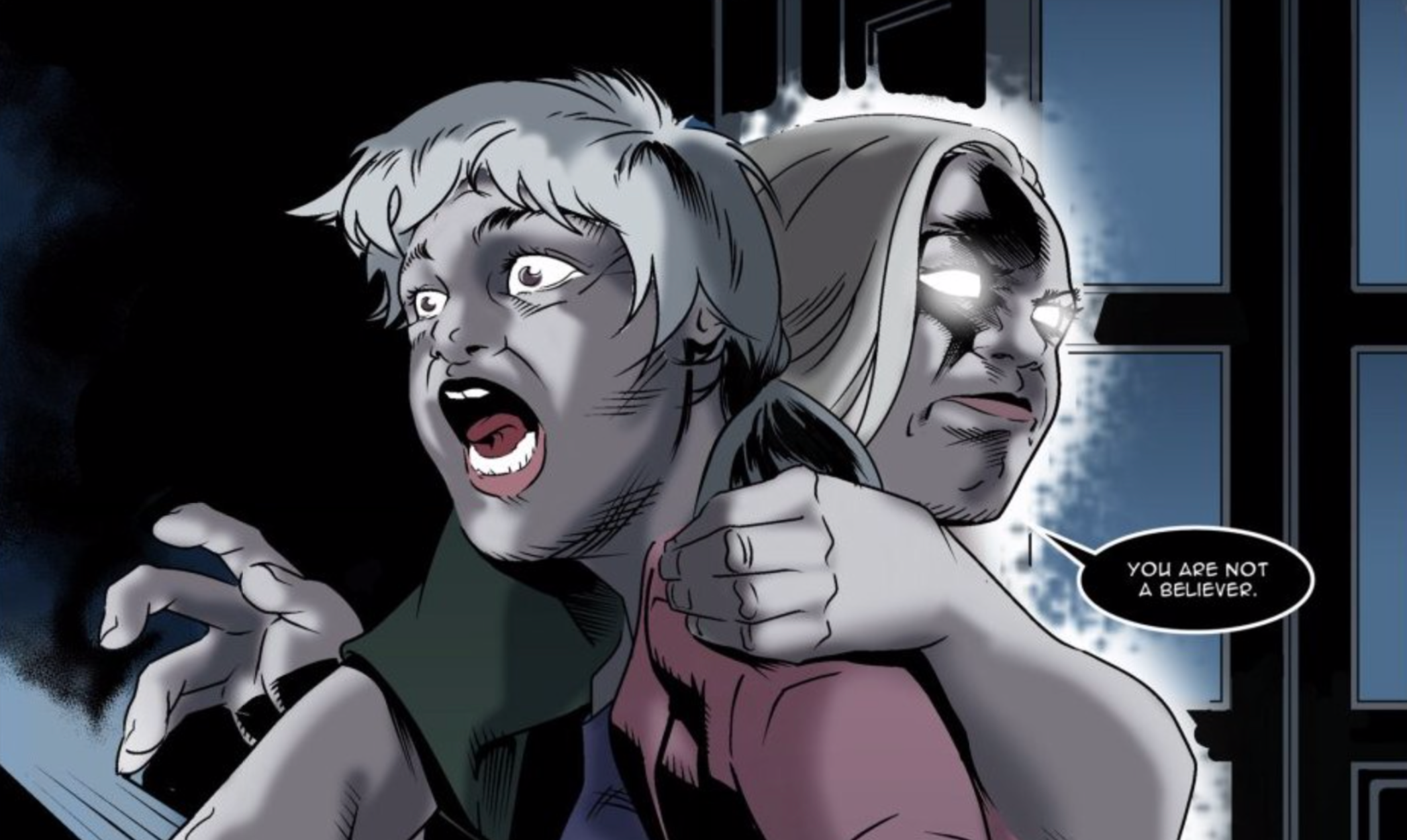 The ties binding the characters in writer-artist Jose Gilabert’s The Ancestors, from AAM-Markosia, stretch back millennia to the dawn of humanity, when their ancient primogenitors walked the Earth alongside a mysterious, golden entity whose strength could be said to have been mythical.

The comic’s first issue opens as three seemingly unrelated stories begin to unfold across the world, and a group of people are all drawn together by an unseen presence that’s manifesting itself in each of their lives in different ways.

For reasons that no one understands, Mayor Albert Cox wants to erect a massive pyramid on a hotly-contested plot of land that’s the site of a local tragedy that still haunts the town.

Kayla Joseph, a bright young student, struggles with bullies and sexual harassment at school that no one else even bothers to notice she’s facing.

The Hayes family, still reeling from the a recent death, can barely muster the strength to be with one another at a time when they all need someone to rely on.

In different ways, each of The Ancestors’ disparate threads delve into forms of deep sadness and feelings of isolation, but as the story comes into focus, the truth about them not being as alone as they feel begins bubbling to the surface. (Jose Gilabert, AAM-Markosia) Humanoid’s Ignited, from co-writers Kwanza Osajyefo and Mard Waid and artist Phil Briones, is set in a world much like our own, a place where legislators respond to horrific mass shootings not by making it more difficult for people to get their hands on assault weapons, but by instead attempting to arm teachers.

After a long summer, the students of Phoenix Academy High return to their school to find that even though it’s been months since the fatal shooting that took place there, the halls are still metaphorically haunted by the lives lost.

Tensions between the student body and administrators run hot because of the difference in opinions regarding the decision to arm teachers, but no one is willing to address the elephant in the room until an unknown duo issues a warning: Any teachers who dare set foot in Phoenix High with a gun are certain to regret it.

At first the message is cause for excitement among those who feel as though putting even more guns into schools is a mistake. But when armed militiamen take it upon themselves to post up outside the school, Phoenix High’s students and faculties begin to learn that the conflict that’s threatening to break out is going to be bigger, weirder and potentially more super heroic than any of them realise. (Kwanza Osajyefo, Mard Waid, Phil Briones, Humanoid) Like most of the people his age, Charley “Thumbs” Fellows grew up being raised by a MUM, a sophisticated, AI-powered application equipped with a variety of protocols designed to make it the ideal caregiver for the children of hardworking parents struggling to make ends meet.

But in time, the adults of Image Comics’ Thumbs, from writer Sean Lewis and artist Hayden Sherman, came to see the mums and other forms of advanced tech as a threat that needed to be neutralised before an entire generation of young people could be radicalised by them.

Thumbs takes places in a dystopian future where adults’ worst fears have gotten the better of them, and while MUM tech is forbidden, that doesn’t stop a number of teens from sneaking off to play immersive, MUM-assisted video games that aren’t what they appear to be.

While the kids believe themselves to merely be playing adrenaline-producing combat games, they’re actually being trained for a mission that has the potential to radically reshape the balance of power in the world. (Sean Lewis, Hayden Sherman, Image Comics)