Smash Ultimate In VR Was A Mistake

In the “thanks, I hate it” category, Nintendo gave us Super Smash Bros. Ultimate in virtual reality this week. Nobody asked for this, and yet here we are — swivelling our heads left and right and withstanding gut-sinking nausea just to land a couple of aerials on a computer-player Peach.

Earlier this year, Nintendo introduced a VR kit for the Switch. It’s a cardboard headset with two lenses, and in lieu of a head strap, players must hold the thing up to their face with their hands. Nintendo recently added VR support for Super Mario Odyssey and Zelda: Breath of the Wild, both of which my boss Stephen Totilo tersely described as “not good”.

Those two games, plus Smash Ultimate, now have special VR modes where players can dizzy themselves to their heart’s content, following a wandering camera to play games that are plainly more enjoyable in handheld or docked mode. 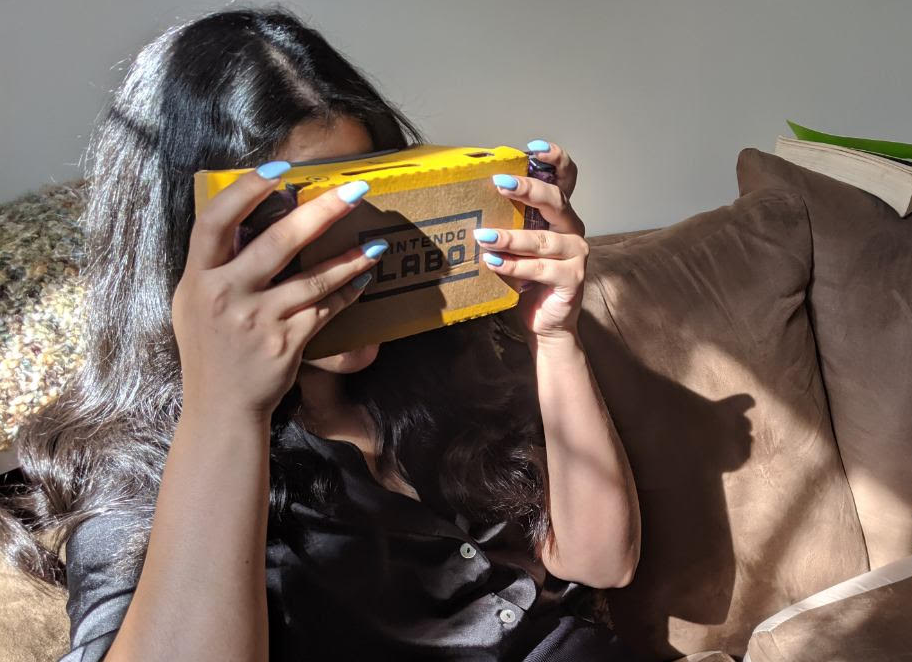 After loading up the mode in Smash Ultimate’s “Games & More” section, the game suggests players watch the CPUs duke it out before joining in themselves (“You can move the camera around to enjoy the battle from different angles”).

If bot voyeurism isn’t your speed, you can challenge a CPU or three on about half of the total available Smash stages. Smash Ultimate VR is single-player only. Those aren’t the only restrictions. Timed mode is the only game option, and there are no Smash balls or items.

There’s a lot of debate over the best way to play Super Smash Bros. — GameCube controller, Pro controller, handheld, connected to LAN — but there will be no debate that VR is the worst. In a game of Smash Ultimate VR, the player must either crane their head to view fighters on a stage’s fringes or push in the C stick, which often fires off an involuntary smash attack.

On the Pirate Ship stage, for example, the ship docks on a shore with its bow jutted up into the air. The bot I was fighting refused to leave the bow and fight me on the shore for a long time, forcing me to nod my head up and down for a full scope of both fighters or continuously up-smash.

If your character is battling on the bottom levels of a stage with depth, looking down on them through the headset’s Gods’-eye-view may inspire some unwelcome vertigo or nausea. 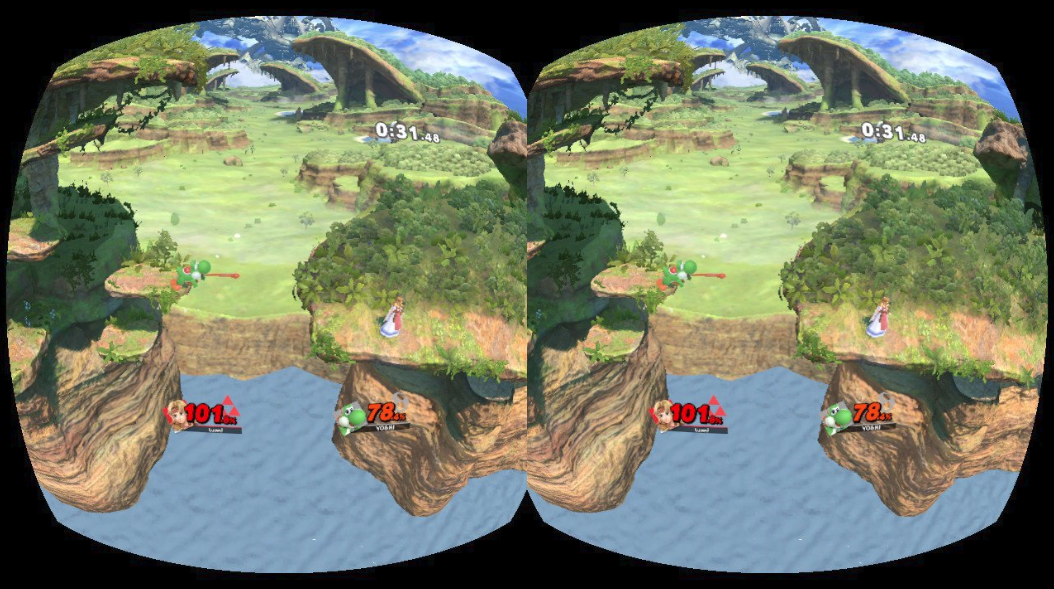 The screenshots look significantly better than the graphics do in-game.

Somebody more generous than me would compare Smash Ultimate’s VR graphics to Smash 64’s. Yet as one person on Twitter put it, “If you think I won’t use that to look at Samus’ butt you are mistaken.”

To that end, Smash Ultimate’s VR does succeed as a cinematic mode for viewing two bots fighting each other in trash graphical quality. Holding your hands up to your face to watch that or to rapidly button-mash Smash combos begins to strain your arms after a couple of games. Smash Ultimate encourages you to take breaks.

The supposed appeal of VR is immersion and omniscience, but in my view, the technology is still in its gimmick phase. I’m not creative enough to imagine a version of Smash Ultimate I would regularly play that benefits from the VR treatment.

Why the cynicism? In my view, Smash Ultimate is a near-perfect video game which I have played for hundreds of happy hours. It’s great. It doesn’t need VR.

And so I ask: Why did Nintendo make this? Why would we want to hold a cardboard scuba mask up to our faces to fight bots, or watch bots fight, in 1999 Nintendo graphics?