When Nintendo released Splatoon 2 for the Nintendo Switch in 2017, the company announced that it would provide Splatfest events for two years.

That commitment is nearing its end, with Splatoon’s chief creator Hisashi Nogami announcing in Los Angeles that the game’s final Splatfest will be held from July 18 through July 21.

Splatfests have enabled players to pick sides—Teleportation vs Time Travel, Ketchup vs Mayo—and have their victories in the mostly multiplayer plaint-splatter game count toward a win for one faction or the other. The final Splatfest will let players pick between Order and Chaos, as demonstrated in a dramatic trailer released today.

The time has come! The Splatocalypse looms over the world of #Splatoon2! Will you side with Pearl and embrace #TeamChaos, or join Marina and enforce #TeamOrder?

The #FinalSplatfest begins 7/18 at 5am PT, and runs for 72 hours! pic.twitter.com/9IQqs4yheO

Nogami said that Splatfest will be followed by a 5.0 update for the game that will let players set up private Splatfests of their own.

He made the announcement after the end of the game’s world finals, which was won by the Japanese team GG Boyz.

Nogami also said this update would mark the end of new content for the game, but not the end of online support. Presumably, Nintendo will move on from this game to make something new in the franchise. Bring on Splatoon 3? Or Splatoon Kart? Splatoon: Other S? 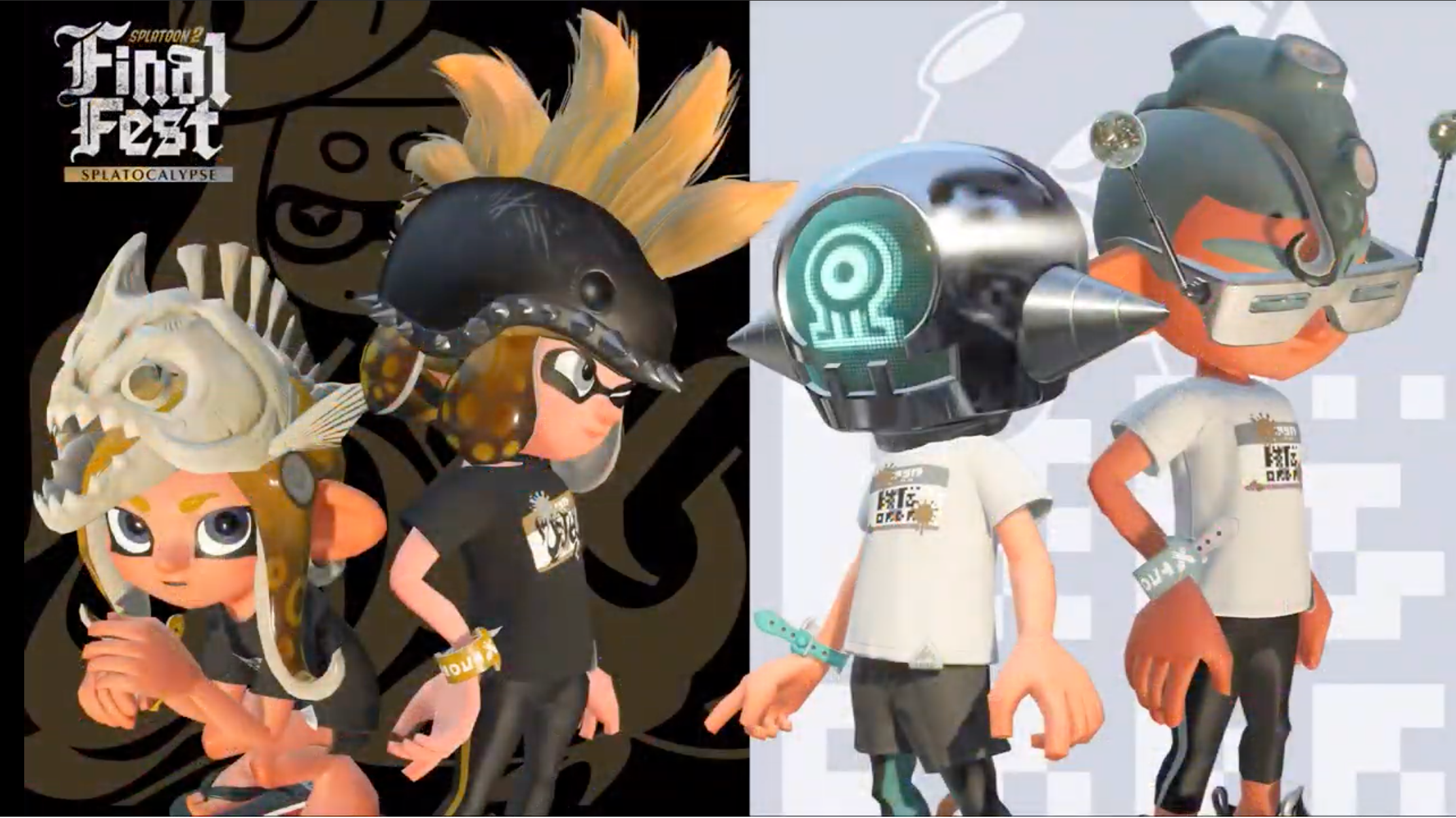 The final Splatfest will also add new gear to the game.
Share this Story
Get our Newsletter Subscribe