Street Fighter’s Queer Stereotypes Kept Me In The Closet 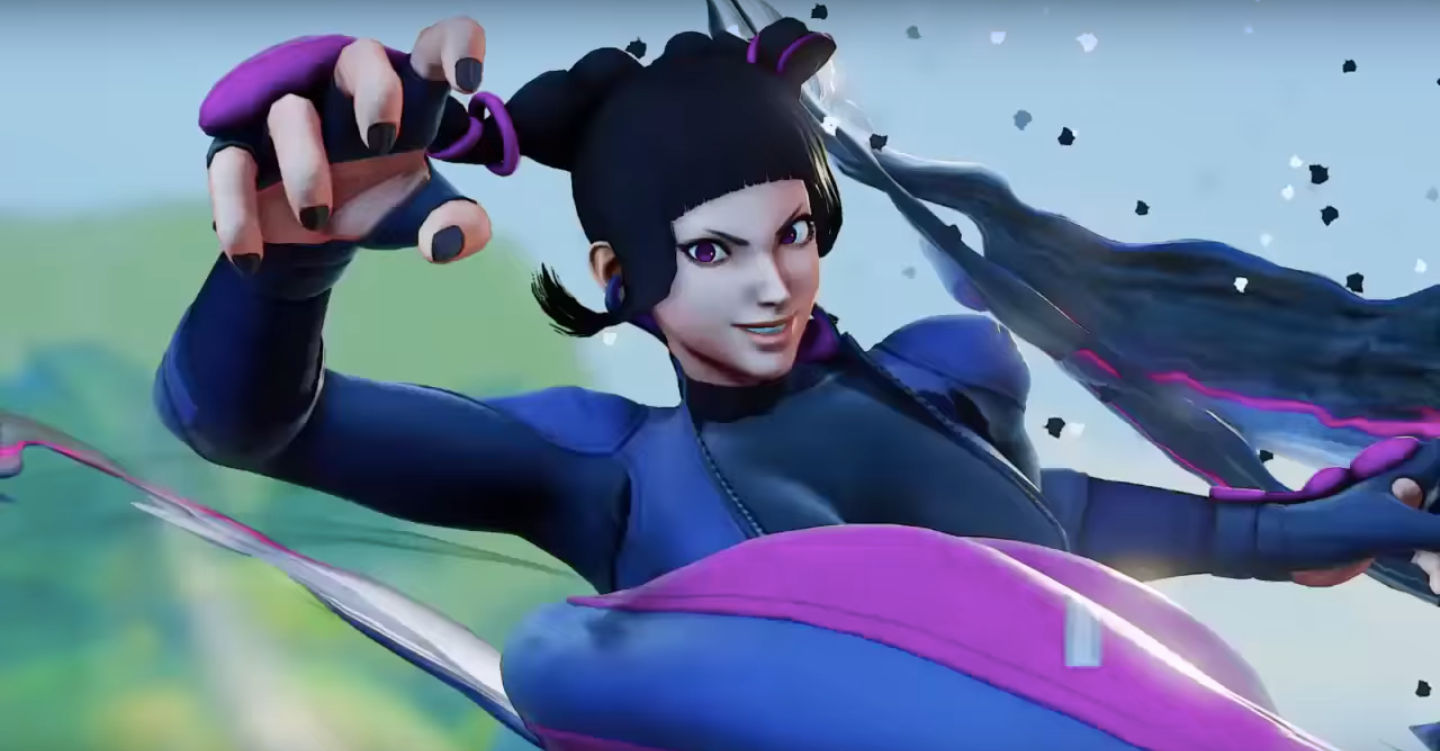 Screenshot: <a href="https://www.youtube.com/watch?v=T_5XfSNzgxU">YouTube</a>
To sign up for our daily newsletter covering the latest news, features and reviews, head HERE. For a running feed of all our stories, follow us on Twitter HERE. Or you can bookmark the Kotaku Australia homepage to visit whenever you need a news fix.

Last year during Pride month, I wrote about my own queer reading of the Street Fighter 5 tutorial, which features Ken and Ryu fighting and, in my opinion, flirting. In the year since then, I’ve been thinking about the character Juri in Street Fighter, who is the closest the games get to having a canonical bisexual character.

You’d think I would prefer to sing the praises of a character who has lines in the game in which she indisputably flirts with both male and female characters. Why wouldn’t I celebrate that, instead of digging for queer subtext in a tutorial about two straight male characters? Shouldn’t I relate more to the queer female character, given who I am in real life?

Street Fighter 5 came out two years ago, and I still can't stop thinking about how homoerotic the tutorial is. I don't know who wrote the English translation for the tutorial, which features young rivals Ken and Ryu sweating through a workout under the direction of their master Gouken, but I can't let it go.

But I don’t relate to Juri. She doesn’t seem like a person so much as a recreation of a very tired stereotype: The “depraved bisexual”.

She’s a sadistic femme fatale whose attraction to both men and women is painted as predatory and frightening. Juri is obsessed with Chun-li, for example, accusing the latter of having a “schoolgirl crush” on her, which is a creepy thing to say to somebody right before you beat the crap out of them.

Because Street Fighter is a fighting game, all of the characters’ lines are delivered right before a fight begins or after it has been won, meaning that any flirtatious line has an inherently threatening bent.

Also, because this is a fighting game, none of the characters really seem like people; they’re more like slapdash archetypes. For that reason, it’s hard to relate to any of them.

Part of my dislike of Juri is personal. Juri first appeared in Super Street Fighter 4. The first time I saw her deliver her flirtatious lines to Chun-li, I was firmly in the closet — or, more specifically, I had come out of the closet as a teenager but headed back in during my early 20s.

Although I had dated a woman in university, I ended up in a long-term relationship with a man in my 20s. During that relationship, I stopped bothering to tell other people that I had ever been attracted to women.

Part of that was because it felt tiring to correct people who assumed I was straight based on the relationship they saw me in. But a bigger part of it was that I felt ashamed of who I was.

The portrayal of bisexual characters in media informed my feelings, and that included characters such as Juri, who convinced me that coming out could make other people uncomfortable.

Juri was just so sexual. She was not only attracted to both men and women, she had to tell everybody about it, against their consent. She had a seemingly uncontrollable sex drive that was depicted as tied to her love of inflicting pain on others. She wore a tiny handkerchief over her boobs without a bra underneath — just like a bisexual, right?

It made me feel disgusted, not with Juri, but with myself.

Bisexual characters are often presented as being oversexed, predatory and out of control. There’s X-Men villain Mr Sinister, the flamboyant scientist whose lust for power is only matched by his lust for most of the X-Men. There’s Sharon Stone’s character in the movie Basic Instinct, yet another manipulative and predatory bisexual.

Those are far from the only two villainous bisexual characters in media: DC Comics has Harley Quinn, Poison Ivy and Catwoman, and then there’s Dr Frank N. Furter from Rocky Horror. Queer people have reclaimed these characters, but in the past they, along with Juri, taught me that swinging both ways would be seen as evil and scary.

I have a lot of queer friends who came out because of experiences that they had in games, who felt like they could finally express themselves because of role-playing in virtual spaces. That wasn’t my experience. Games such as Street Fighter were part of what pushed me further into the closet.

Because Ken and Ryu aren’t actually depicted as queer characters within the canon of the game, their behaviour in the tutorial is supposed to be nothing more than a cute rivalry between best friends.

But it’s also undeniable that Ken and Ryu care about each other and want to help each other improve. Even if it isn’t a homosexual love within the game’s canon, they still have a kind and consenting affection towards each other.

For me, it felt safe to imagine that relationship as being one that could include a less platonic form of love. My reading started out as a joke, but eventually I realised that it was also a desperate longing to see an example of queerness in a game that I loved to play, a game that unfortunately also included uncomfortable tropes.

Now that I’m more comfortable with who I am, I can shrug off the depiction of characters such as Juri. But it took me years to get to that point.

I understand why queer people try to reclaim and own these characters; for some people, bad representation is better than nothing at all. I had to invent my own story, free of harmful stereotypes, in order to create an example of queer representation that made me feel OK. At least Street Fighter is such a sparse game that it wasn’t hard to do.